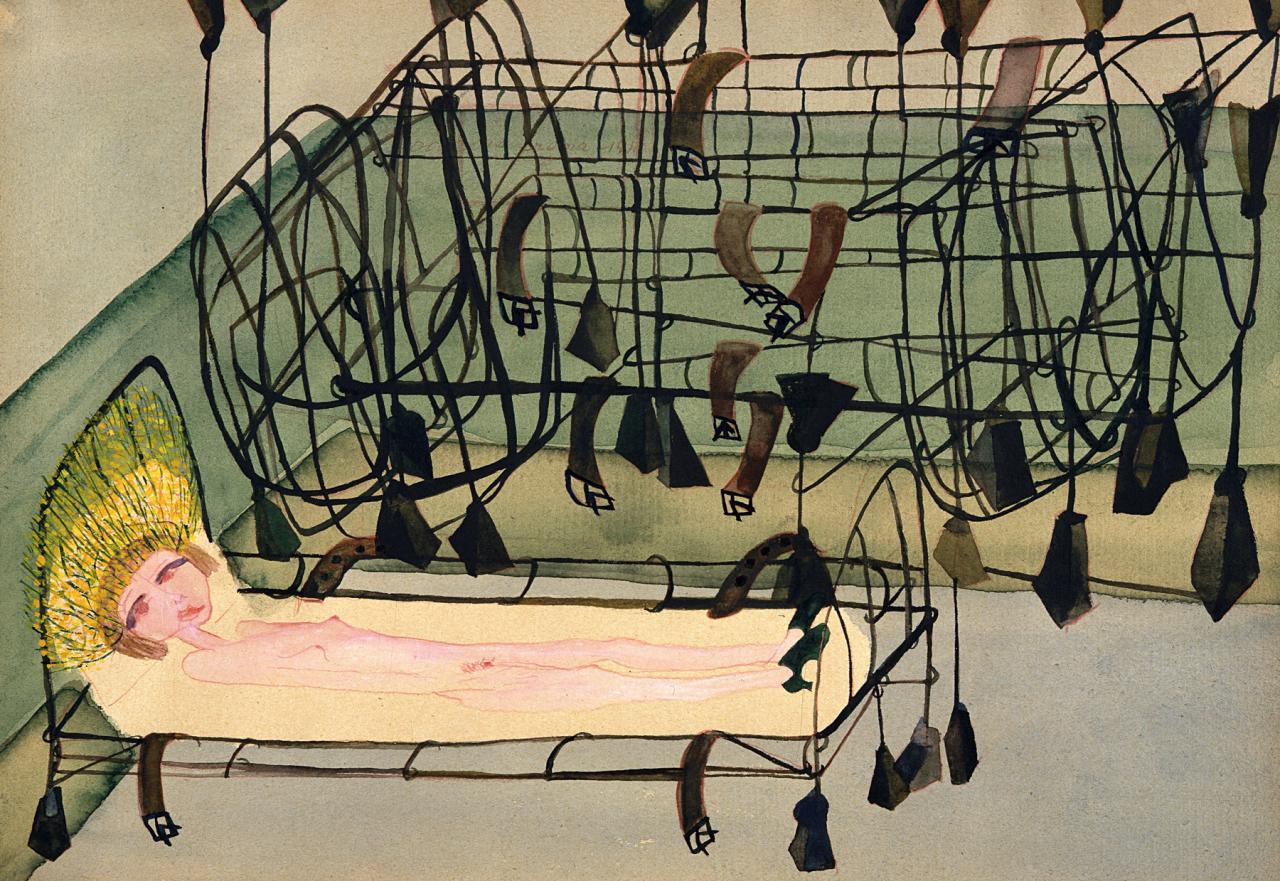 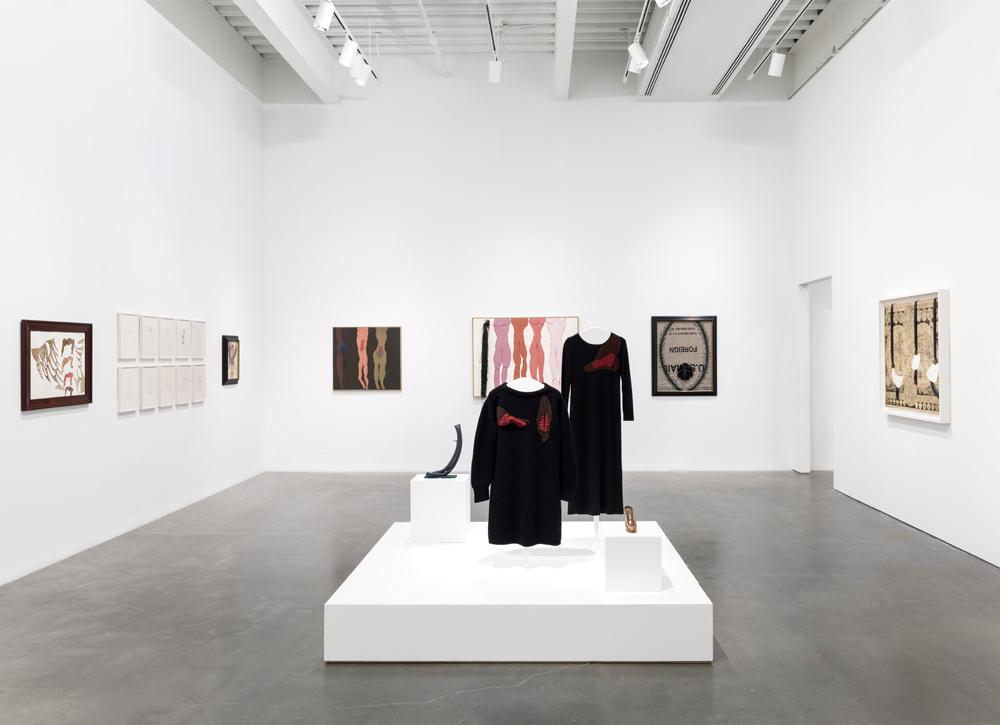 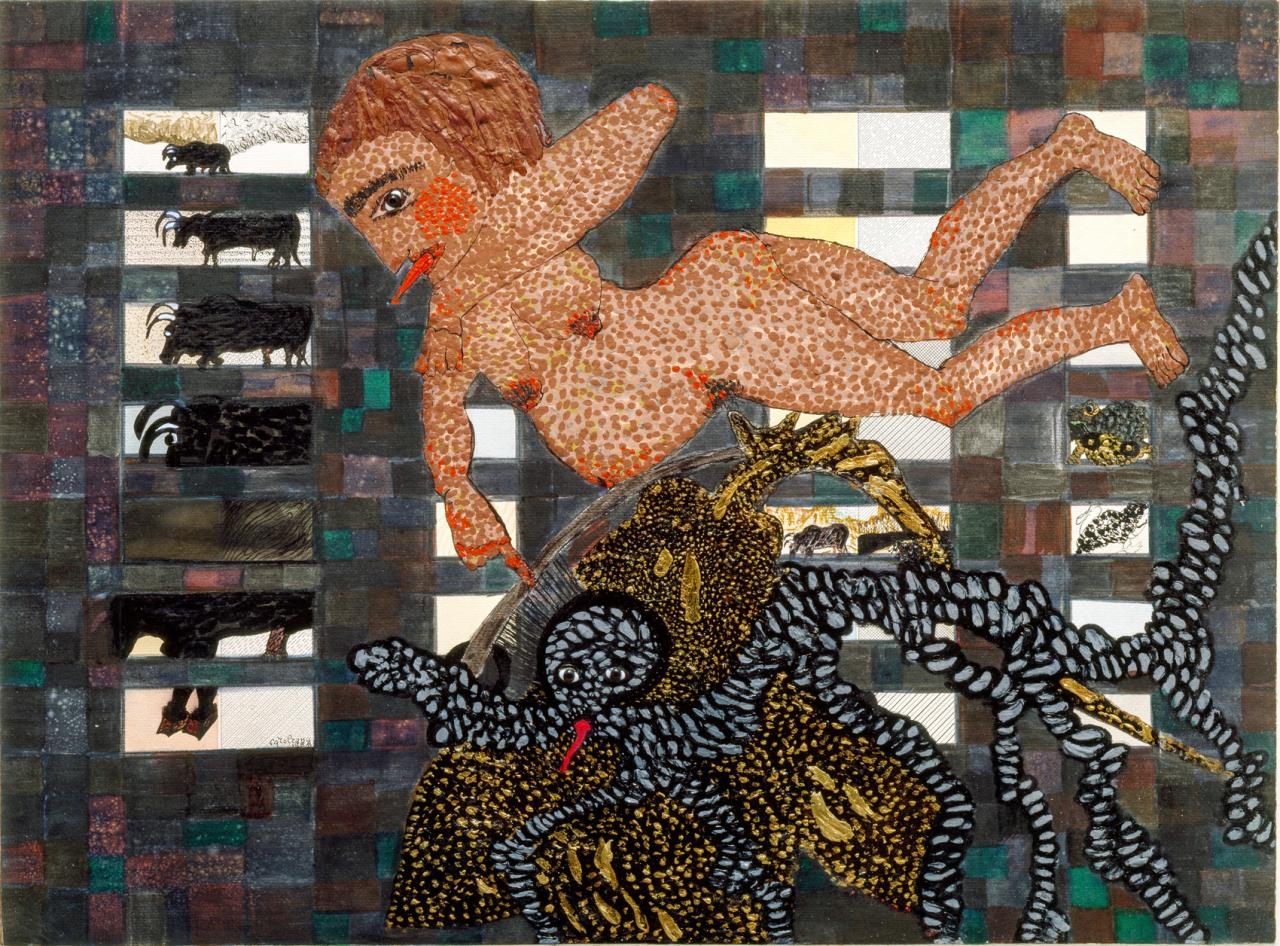 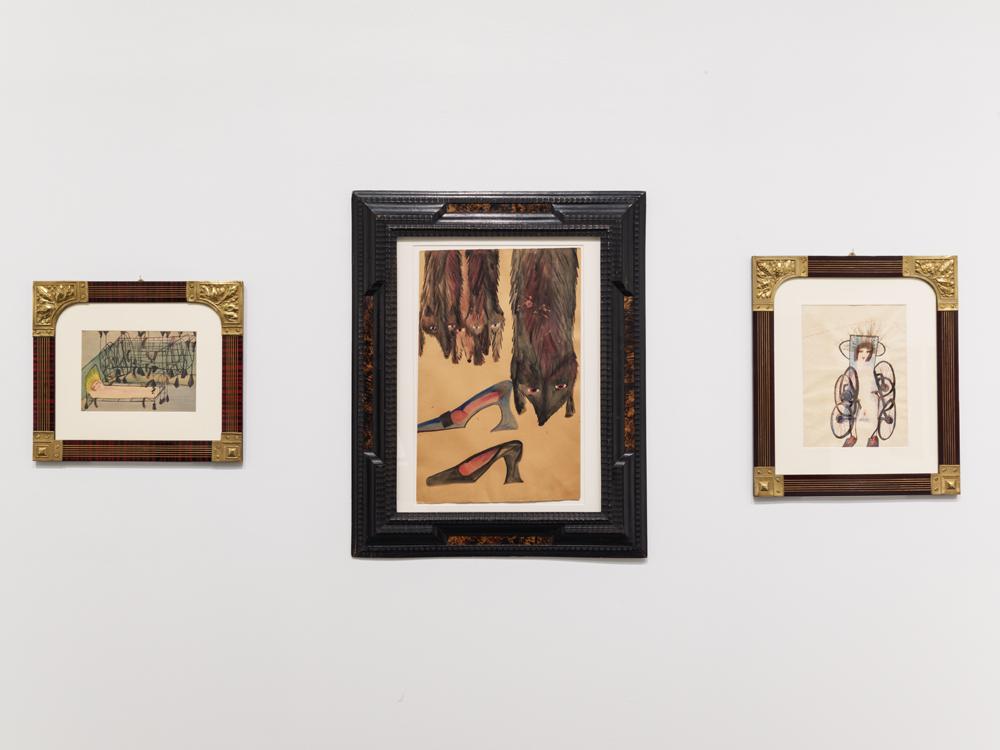 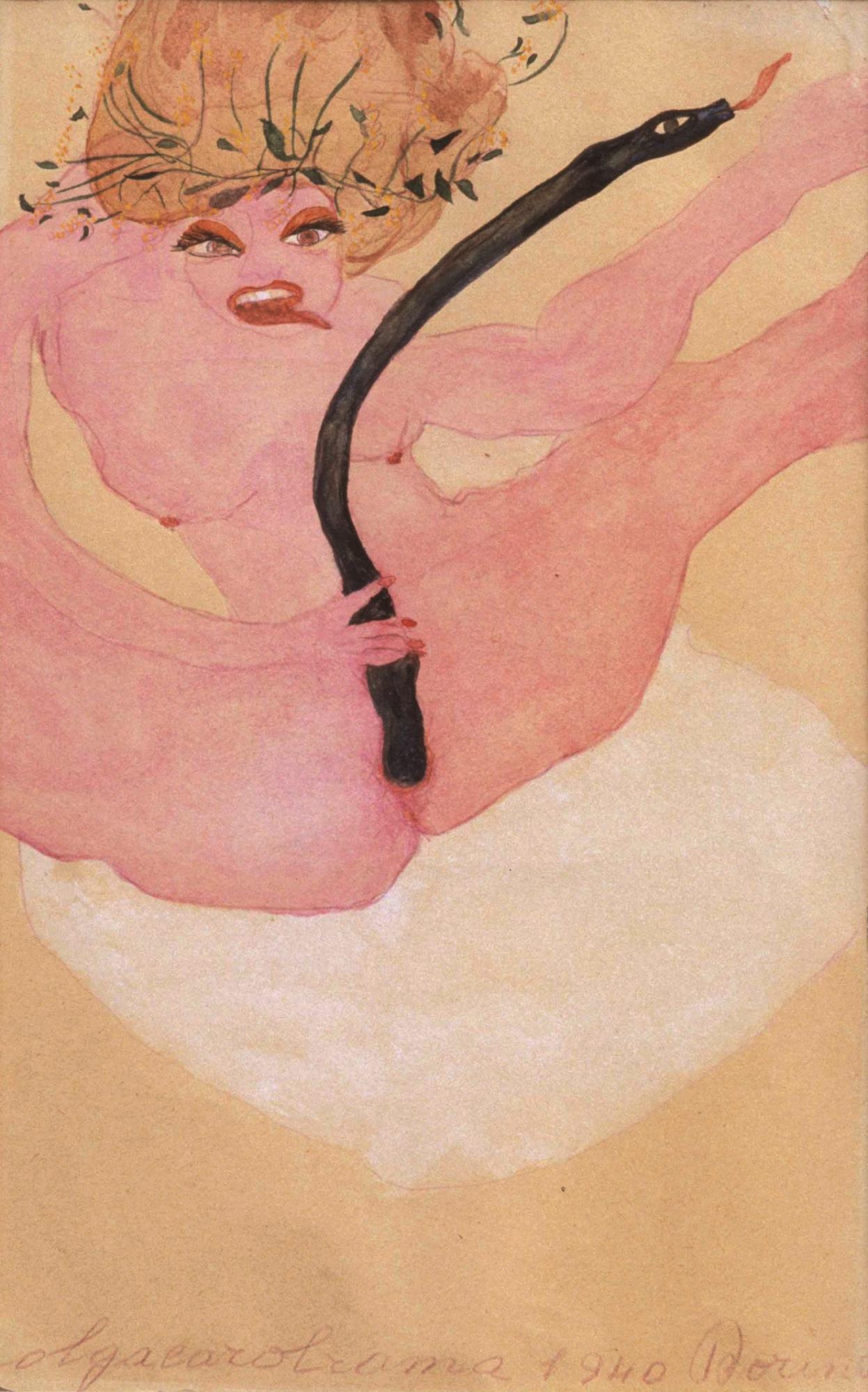 The quotations included in this unforgettable retrospective of Carol Rama’s work are as arresting as the art. Take this, for example, from 1981: “When a person has no limitation in the world of desire, no qualms, and his behaviour is entirely oneiric, he immediately gets a slap in the face for things like eating thirty-two jars of marmalade… All the other moments of the day are thick with unfulfilled or very poorly fulfilled desires. While painting… I have all the time to love, suffer, and live …. This is my El Dorado.”

Rama’s instinct to nourish the impulses that drove her work was clearly far more important than being a selftaught artist. To call her eccentric is to demean her precocious embrace of negative experiences and taboo. Her family fell from grace after her father’s bicycle factory went bankrupt, and he killed himself in 1942, when Rama was 24. Her mother, too, suffered a mental breakdown which left Rama traumatized, but also comforted by the freedom (as she saw it) that she witnessed in the asylum.

The watercolours she made before she was 25 are rife with naked women with their legs open in wheelchairs, rolling back in space or lying limbless on hospital beds. As if to show the indiscriminate nature of desire, their tongues and genitals are indicated with the same licks of bright red, standing out like two flames against quickly-drawn figures. In some works, such as Appassionata (1943), male figures with shuddering clusters of penises wait to connect with a nearby body. (“The ‘Appassionate’ are criminal,” Rama said, “… We are all subject to it, because we’re no saints.”) This first room of the show evokes Marguerite Duras’ unfettered authorial voice and Egon Schiele’s nudes – though Rama wields a much sharper object. In the Dorina paintings from ca. 1940–44, gleeful women with thickly lashed eyes and crowns of green branches tug black serpents from their vaginas and anuses. Meanwhile, beautiful decorated frames remind one of the time in which these works were made: before it even opened, Rama’s first solo exhibition at Galleria Faber in Turin in 1945 was shut down by the police for public indecency.

Although it’s tempting to wonder how Rama’s art would have developed had she not been stung by censorship, the larger abstract works here dating from the 50s to the 80s possess their own macabre strength and a distinctive boldness with liquid media. Long after leaving the museum, one thinks about crowds of plastic eyes staring from canvases that have been spread, sprayed, scratched, painted and blotted with different experiments using watercolour, enamel, oil, ink, rice and tar. In these works, Rama left aside the illustrative feel of her early paintings and began approaching the surface as if it were a site to generate a body, not simply depict one. Fortuitously, her mother’s employment producing furs and other accessories furnished her with real claws and taxidermist eyes. Rama’s thinking about bodies is manifest also in works like Organismi ancora ben definiti e vulnerabili (Organisms Still Well-Defined and Vulnerable, 1970), a compelling composition in which bicycle inner tubes complete with puncture patches affixed to a black background mimic arteries with blood cells inside them. Flaccid strips of dull pink inner tube also feature memorably in Movimento e immobilità di Birnam (Movement and Immobility of Birnam, 1977), in which they hang from the top of a dark canvas in a tenticular bunch.

Also included in the exhibition are works from the “Mad Cow” series from the 90s, inspired by the BSE epidemic, as well as portraits, energetic mixed media compositions with people and creatures cavorting and coupling over architectural plans (“The plans can help me invent an erotic, sentimental image”, said Rama, “but one that’s not all that closely connected with me”) and lascivious etchings that revisit the artist’s earliest works. Arguably, Rama’s work satisfies what the non-artist truly desires of the artist: that they can summon, sustain and convey a singular creative world. In Rama’s case, and in this exhibition, that world is simultaneously opened and ungraspable – the tension between the works and her biography, words and images, curiosity and access is nearly too much.

IONA WHITTAKER is a critic based in New York.

The exhibition at the New Museum is on view until September 10, 2017.