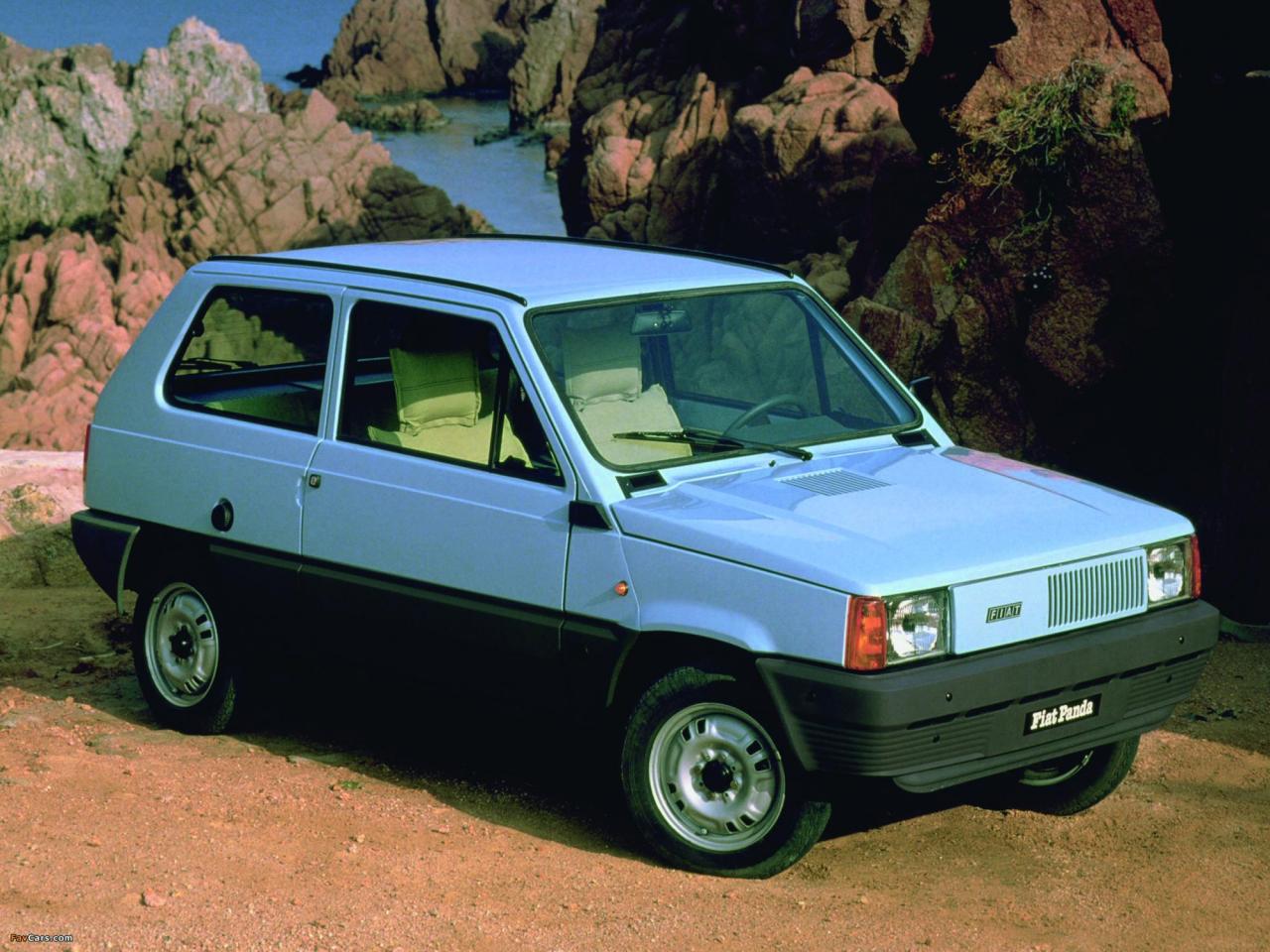 The first series of the Fiat Panda came out in 1980.Giorgio Giugiaro was at that time the chief designer for Italdesign, along with Pininfarina and Bertone, one of the main Italian car design studios working for Fiat, Hyundai, BMW, and others. It was during his summer holidays in Tuscany at the end of the 70s that Giugiaro received a phone call from Gianni Agnelli, the big boss of Fiat with the imperative to design a very small, cheap, modern car for the Italians. Agnelli added that it was urgent.

Giugiaro was shocked; he only brought a few canvasses and an easel to make some paintings of the Tuscan landscape, so there was only one solution: make a painting of a non-existing car. Years later, the Italian population got their new small car and it was loved.

It was a time when cars were still happy; the simple things! The Fiat Panda was probably one of the last socialist cars in the world. Very open. Never afraid. Now most of the cars are angry, especially the new BMWs, also called the GRRRs. Ready to go to war. You could ask them why they are so angry, but that’s just the way they were made, to be angry. They cannot help it. Maybe it’s also because they feel alone. The Fiat Panda was never left alone. They were witnesses to the sweetest things in the world. A lot of animals were trans- ported in the Fiat Panda: goats, rabbits, cats, dogs, and also a lot of humans. A lot of babies were made in the Fiat Panda! The interior of the Panda could be transformed into a giant bed. The trunk opened and you could look at beautiful things. The back seat could also be turned into a cradle for babies.
When I was fifteen, I forced my mother in a gentle way to buy a Fiat Panda. She called it “my bishke”, which means my beloved friend/animal. Fifteen years later I drove around with the Fiat Panda together with psychiatric patients. The bishke had become a bit old. The chairs were not attached anymore to the floor and to open the doors you simply had to take them out and put them back in once you were in. Sometimes you can still see a Fiat Panda. They don’t understand why the other cars became so angry.