On Documenta Athens
by Alexander Scrimgeour 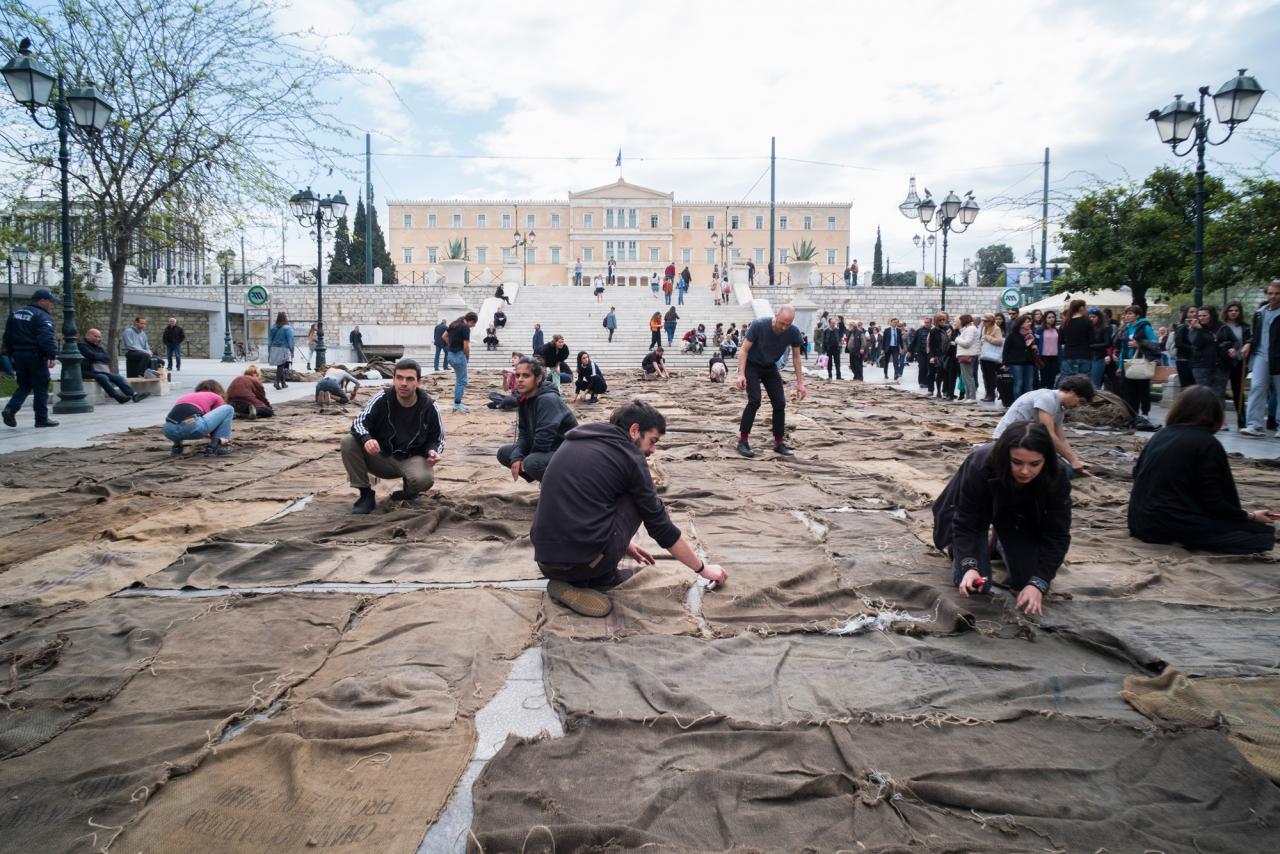 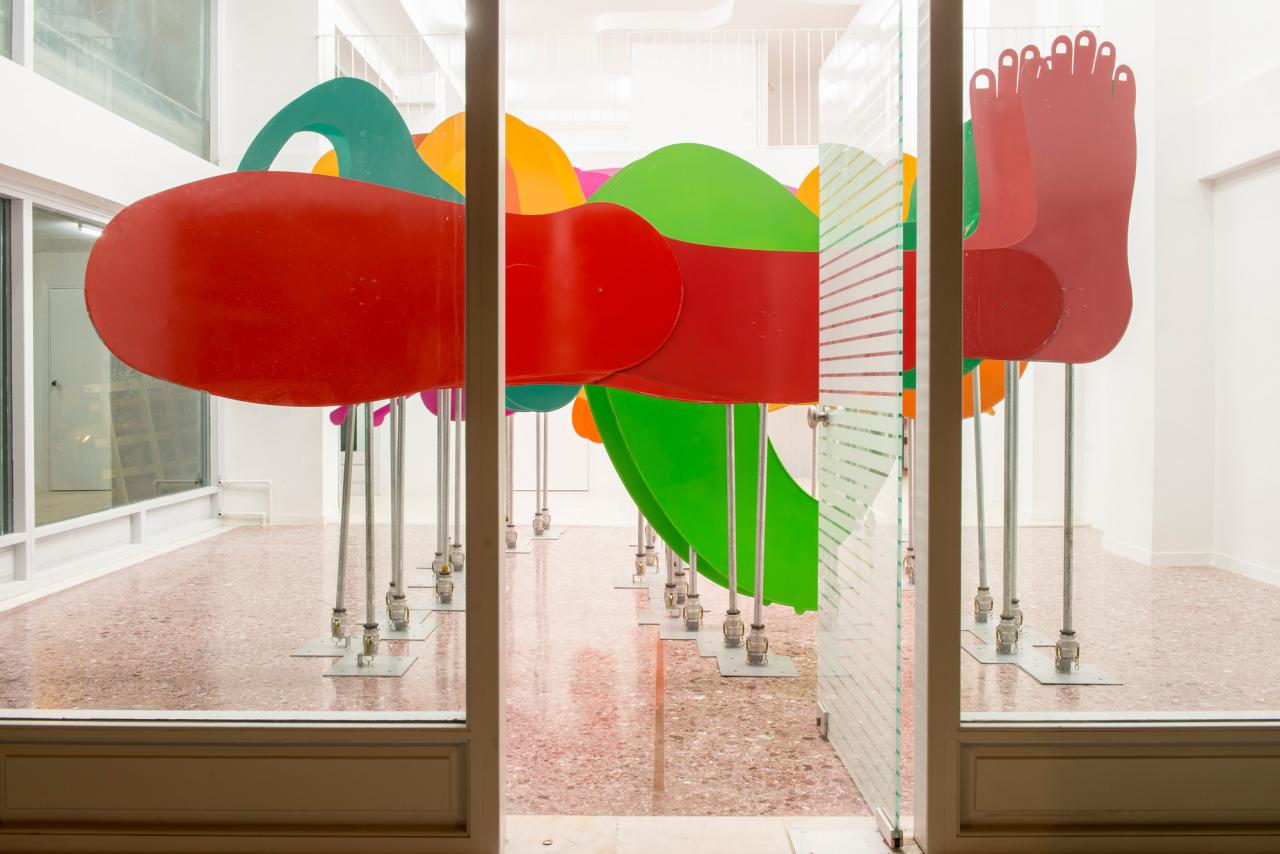 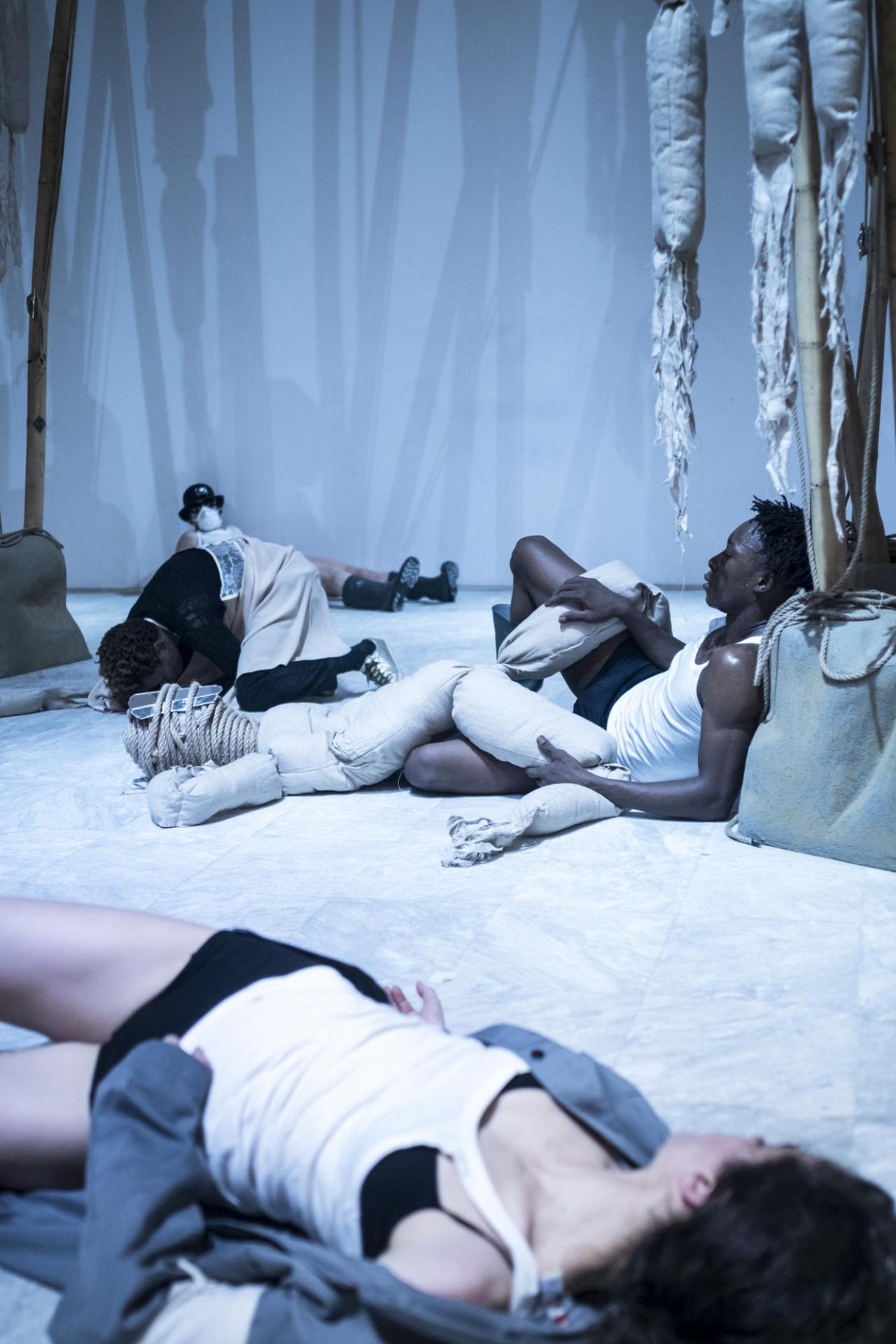 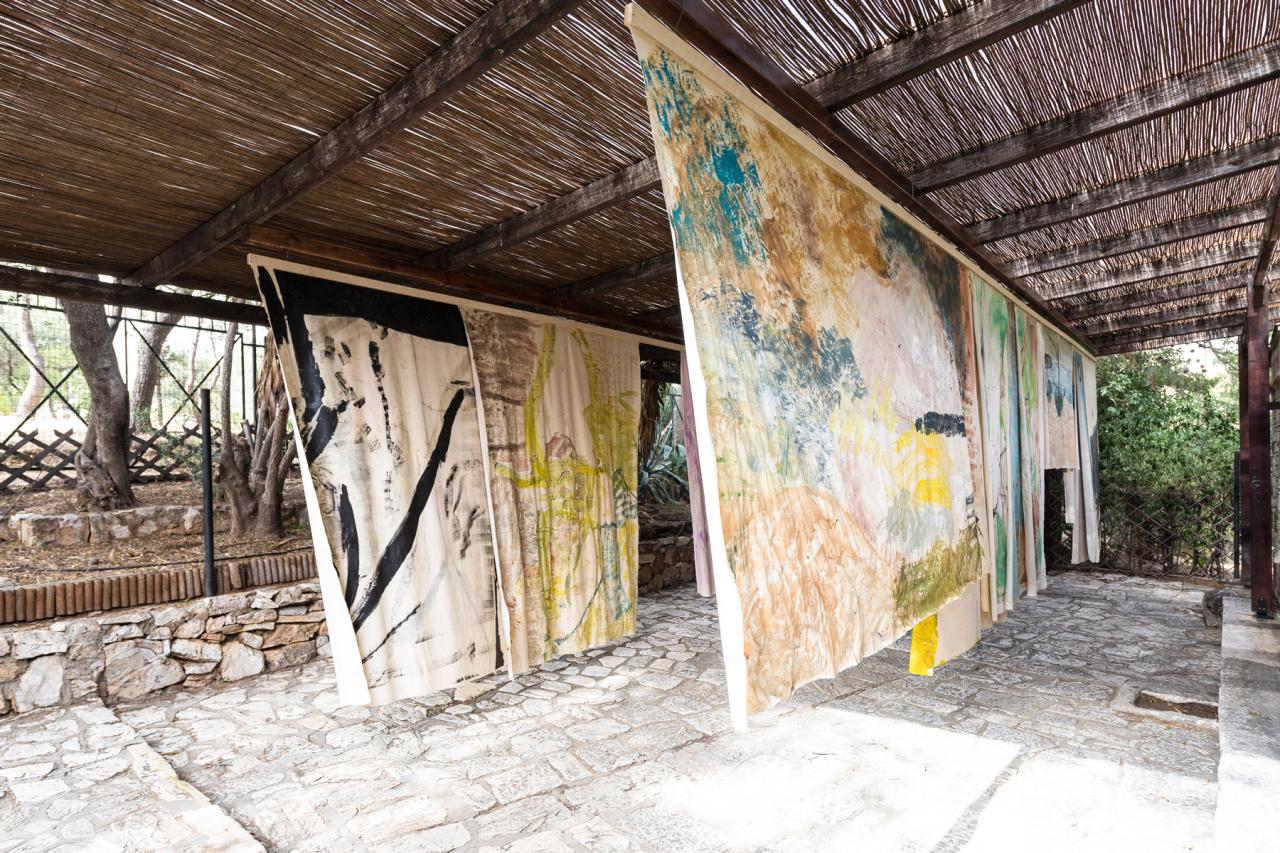 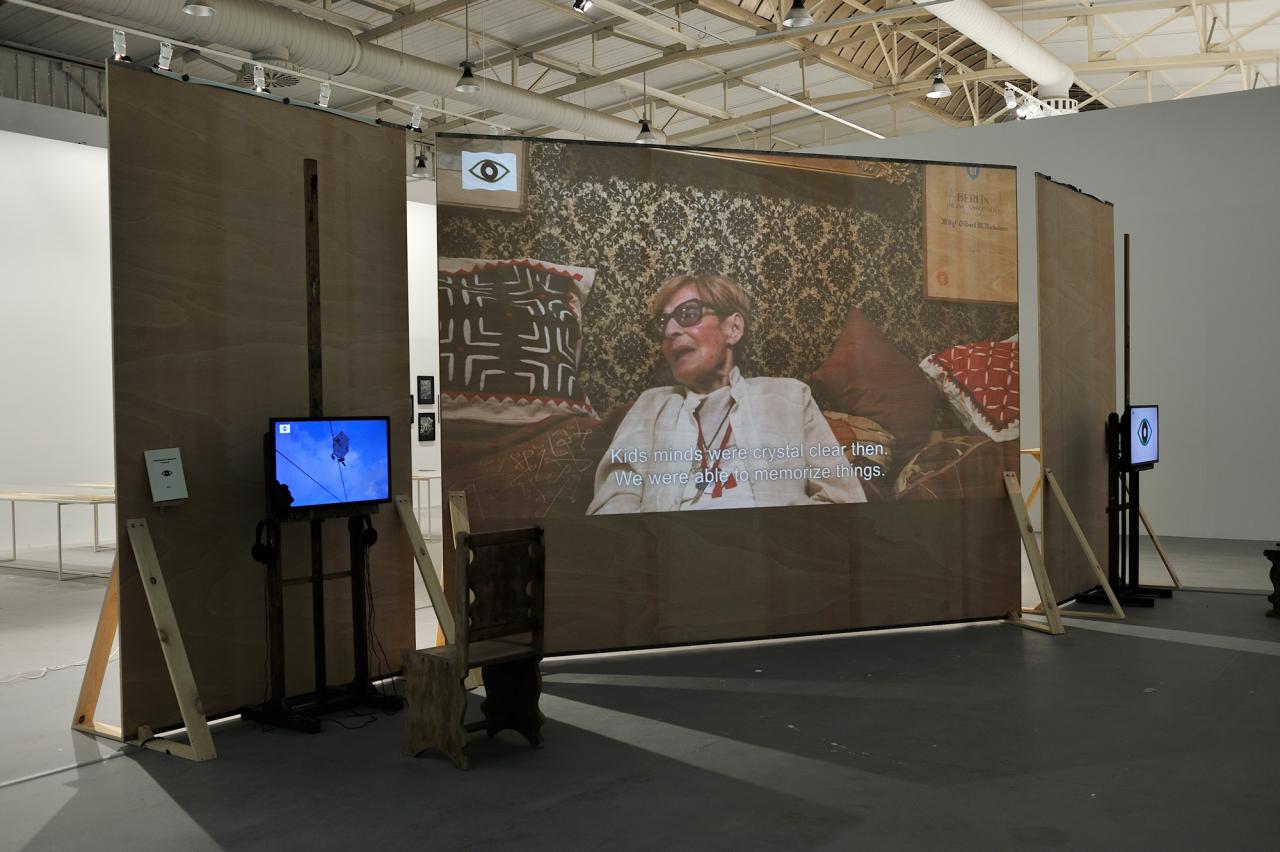 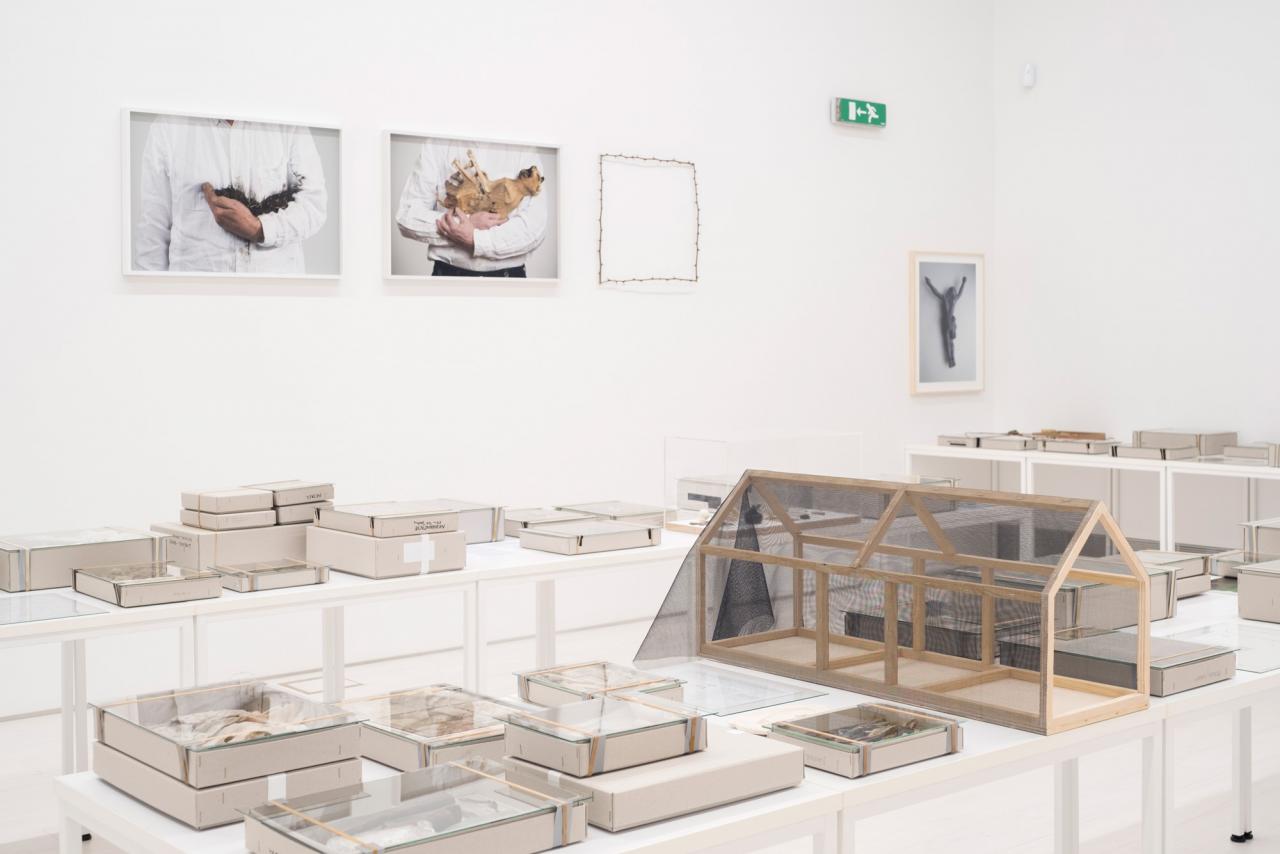 In the latest issue of Spike, Alexander Scrimgeour reviewed the Athens instalment of Documenta, teasing out the asymmetry of the exhibition’s framing and looking for – and finding – a few hard-hitting works that stood out in a generally rather dry and worthy exhibition.

“Fuck art/All street” was the graffiti that stuck in mind after returning to Berlin from the preview week of Documenta in Athens. Large swathes of the exhibition fed into a growing scepticism about the format of the Großausstellung or biennial-type exhibition as currently practiced, and offered fuel to a growing hostility – a déformation professionnelle, if you like – about the existing art world’s presumptions of its own relevance. That is to say, this year’s Documenta, at least in its Athens incarnation, was a problem. Why?

Counterintuitively, we should look for the reason in how inspired, even brave, curator Adam Szymczyk’s initial decision was to uproot the crown jewel of international art exhibitions from its home base in Kassel and hold it – or, as it turned out, double it – in Athens. (The Kassel instalment has yet to open as this issue goes to press.) Under the working title “Learning from Athens”, he promised to go back to the origins of the malaise of the West, implicitly offering a diagnosis of a problem, if not a solution. But all that ended up having little to do with what we got in Athens: another somewhat disorganised exhibition, too large for its own good, too unfocused in its message, too muddled about its audience and too distanced from its supposed context, whether that was Western Civ partout, European North-South relations, or the specific situation of Athens in 2017.

There were some warning signs. Back in 2015, the former Greek Foreign Minister Yanis Varoufakis had accused Documenta of “crisis tourism”, and some Greek writers and artists warned that the preliminary events program seemed to be playing into a romantic exoticisation of resistance. The sense that Athens might once again be the backdrop for a self-aggrandizing projection left a bad foretaste for Documenta’s opening week, during which Greek artist Miltos Manetas joked on Facebook that from afar the show seemed “an alternative ‘Make the West Great Again’ campaign”.

But even this didn’t really come across in the exhibition itself. Across four main venues and a dozen-odd offsite venues, it neglected coherence in favour of disjuncture and accumulation – with works from disparate times, places and cultural contexts that frequently had such different understandings of art that one might think they were antagonistic to one another in their essence as well as their aesthetics. A lot of what was on view needed knowledge that was emphatically not supplied with it. While the archives of Cornelius Cardew’s Scratch Orchestra, Agnes Denes’s filigree pencil drawings of the 70s, or Albanian socialist realist paintings are certainly interesting, something will always be missing unless you’ve done a lot of homework.

High expectations were doubtless one reason so few works in the show felt commensurate to the self-imposed challenge and thrill of soft-forking Documenta. Indeed, those artists who tried hardest to engage the Athens-Kassel axis often fell flattest. Marta Minujín’s floor piece Payment of Greek Debt to Germany with Olives and Art (2017) was preposterously filled with thousands of olives – the “art” being an occasional performance theatricalising the same subject. The horses that Ross Birrell dispatched to Kassel tried were restively kicking as they waited under the Acropolis to trudge 2,500 km through the European countryside. And Daniel Knorr’s machine for making books with imprints of trash collected from around Athens – yours for €80, which went to fund the white smoke that alarmed Kassel residents when it began pouring out of the Fridericianum – was simply too gimmicky to matter.

In the end, the politics of the show ended up visible mostly in its endeavour to be inclusive, with many contributions from indigenous and otherwise noncanonical artists. Only a handful of works explicitly took on current political or aesthetic problems – among them the installation-documentation of Angelo Plessas’s “Experimental Education Protocol”, which with an almost naive enthusiasm made the case for old and new forms of oracular speech within the framework of a post-Internet pedagogical model that would help bring about “a new culture, a new civilisation”. A much bleaker view came across in Artur Zmijewski’s Glimpse (2017), for which he filmed black-skinned men in the Jungle in Calais or Berlin’s Tempelhof refugee camp. Their gazing into the camera allows (or encourages) us to project their suffering into their faces, as a white man’s hands (Zmijewski’s?) adjust their poses, and paints one of their faces a stark chalk white. It is meant to make the viewer feel bad and it does. It doesn’t help, in the context, that the shade of white evokes above all ancient statuary.

The physical and mental discomfort this work produced stood out in a generally somewhat dry and worthy exhibition that had more time for art as a vehicle of scholarly interests than immediacy and emotion. When feelings were present, they were usually in the key of an elegiac sublime. Striking in this regard were Maria Lai’s fabric pieces from the 1970s, which picture the known world falling apart in a few filigree threads or pages of books sewn into illegible typography; or Emeka Ogboh’s cavernous installation The Way Earthly Things Are Going (2017), in which funereal a capella singing accompanies an LED sign with green and red live stock-market tickers. But most immediately affecting was a highlight of the accompanying performance program: the octogenarian US composer Alvin Lucier’s I am sitting in a room (1969), which offered a thrillingly materialistic reading of loss. He spoke a short text about what he was doing: re-recording his voice over and over until, as he intoned, “any semblance of my speech, with perhaps the exception of rhythm, is destroyed.” Here, finally, the show had stumbled upon a way to stage the disintegration of democracy, the Enlightenment, reason itself; as well as the frustrated desire to understand, the passing of time and the burden of history – and condense it into an shimmering metallic wall of sound, the entropically echoing aftermath of technologically coerced dissolution.

Mostly, however, the exhibition, which had promised to make the bigger picture legible, ended up itself illegible instead. This is among the reasons its organisational principle took centre stage and we ended up with a case study for the questions of cultural appropriation and who has the right to speak that have riven the art world for the past few months. The organisers of the Athens-based “Learning from Documenta” counter-project turned the question round to ask whether (and what) this powerful institution had come to learn “from, with, or even against” Athens. One side effect of the veneration the show seemed to insist upon was to push out-of-town viewers into Athens itself, toying with the idea of a bait-and-switch exhibition. Delinking from what a letter from local anti-Documenta activists called “the blue dotted lines of your Google map”, you might have found yourself walking into a derelict hotel on Omonia Square where the Athens Biennale was launching its 2018 edition. The building was mostly – and pointedly – empty. The show’s title – “Waiting for the Barbarians” – was, I was told, not, or not exclusively, a reference to the Documenta curators and its German and international visitors. But still, there I was. Know thyself.

ALEXANDER SCRIMGEOUR is a senior editor at Spike. He lives in Berlin.