“The Ocean” at Bergen Kunsthall
by Colin Lang 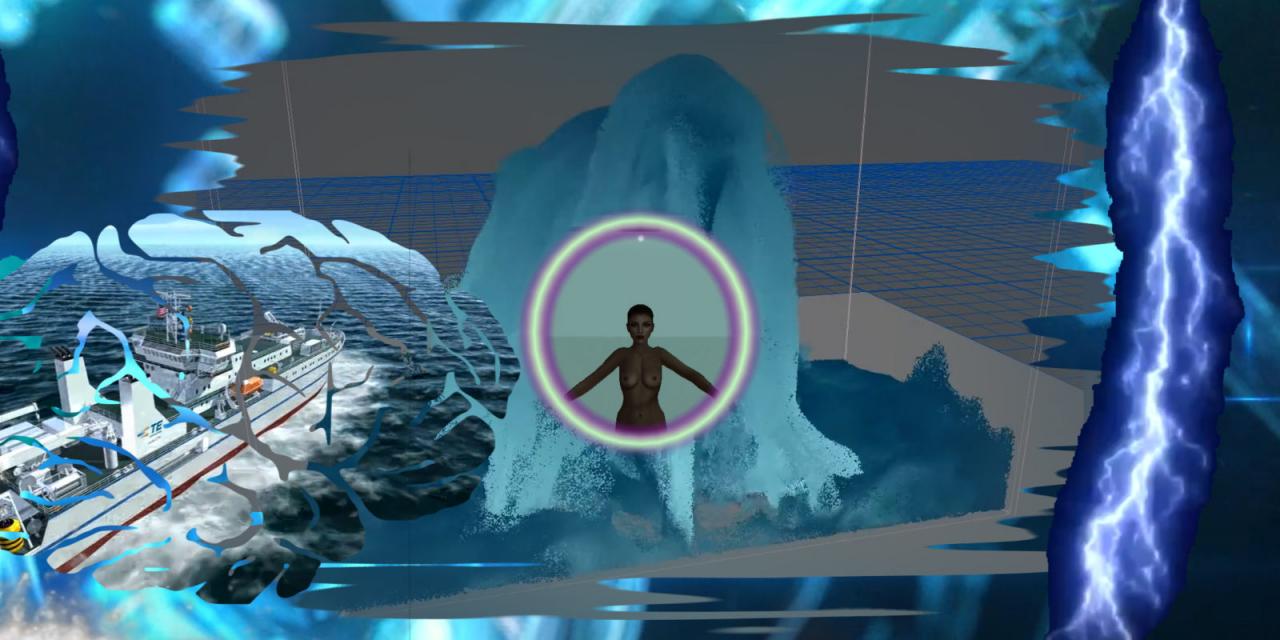 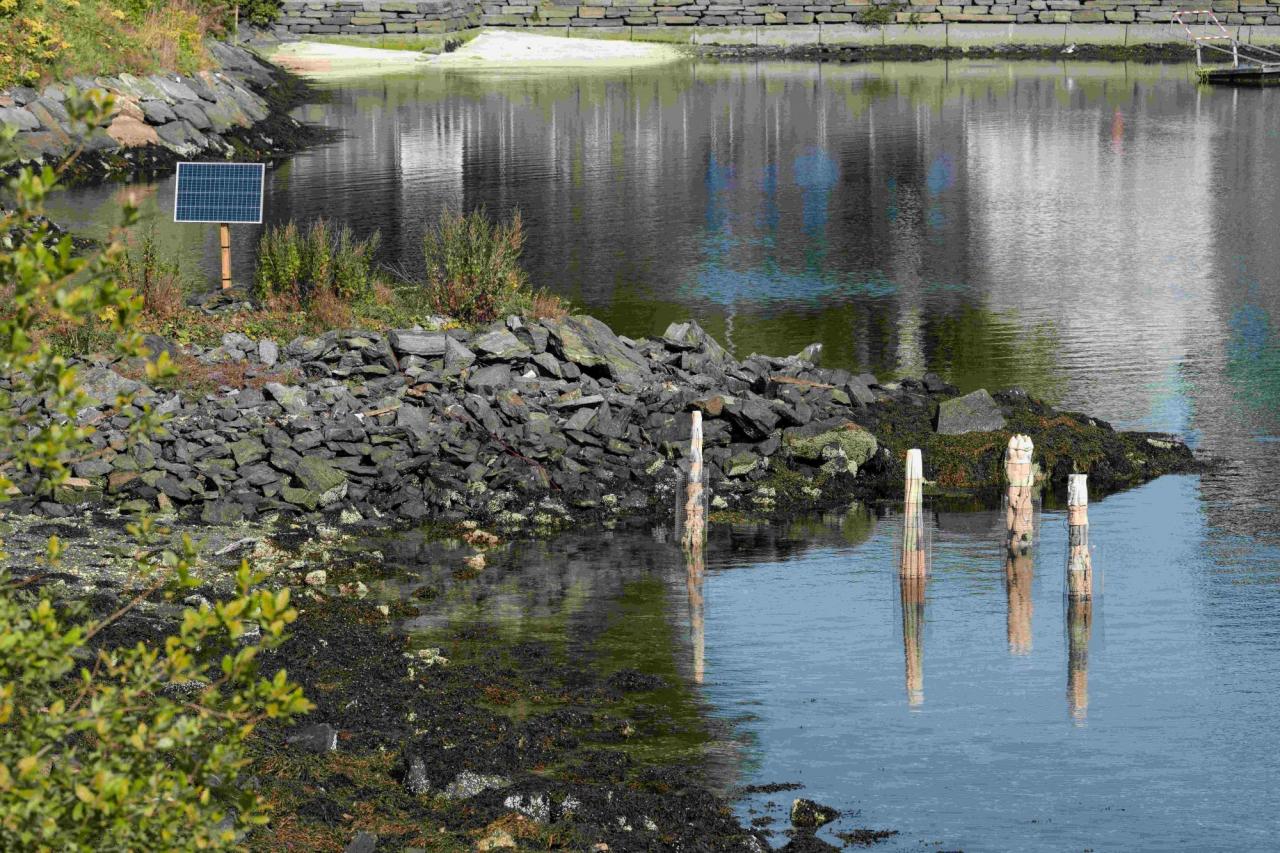 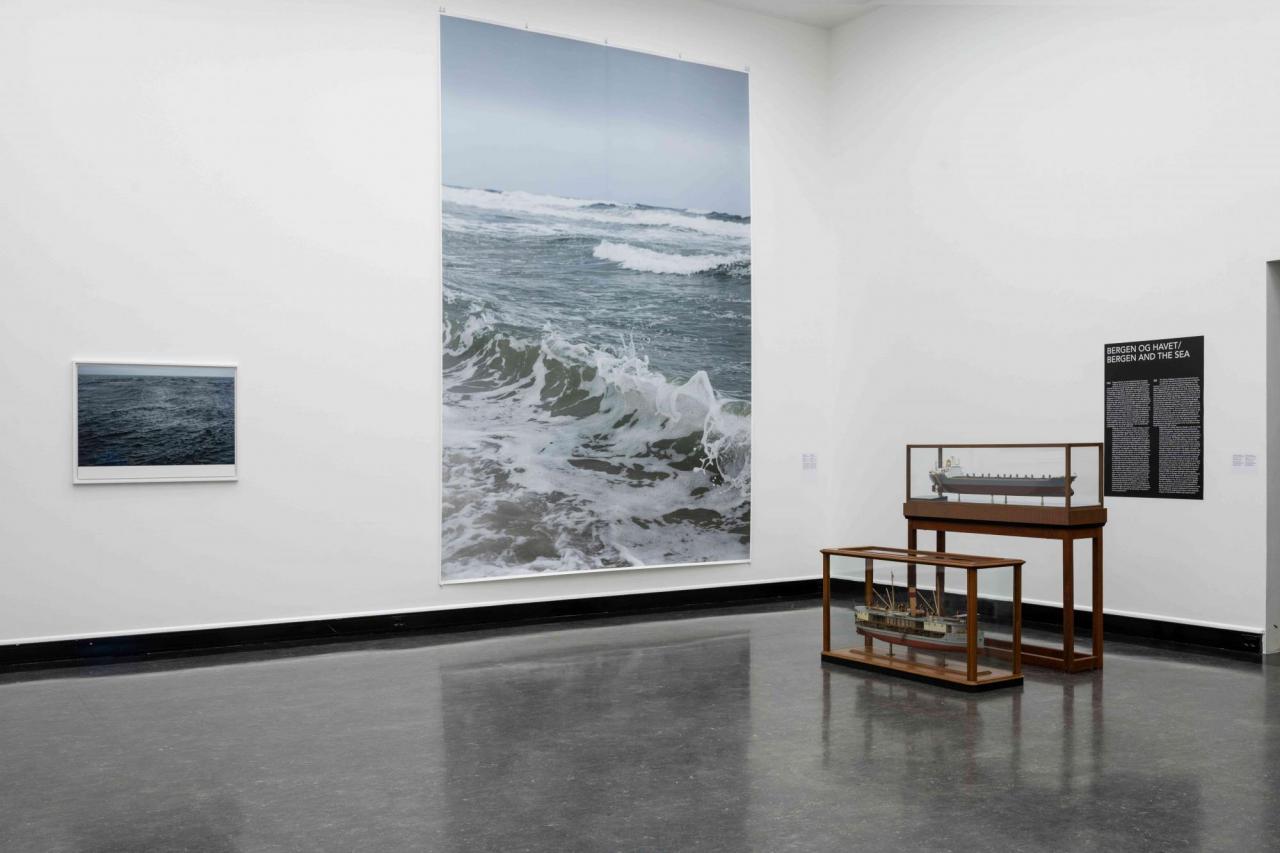 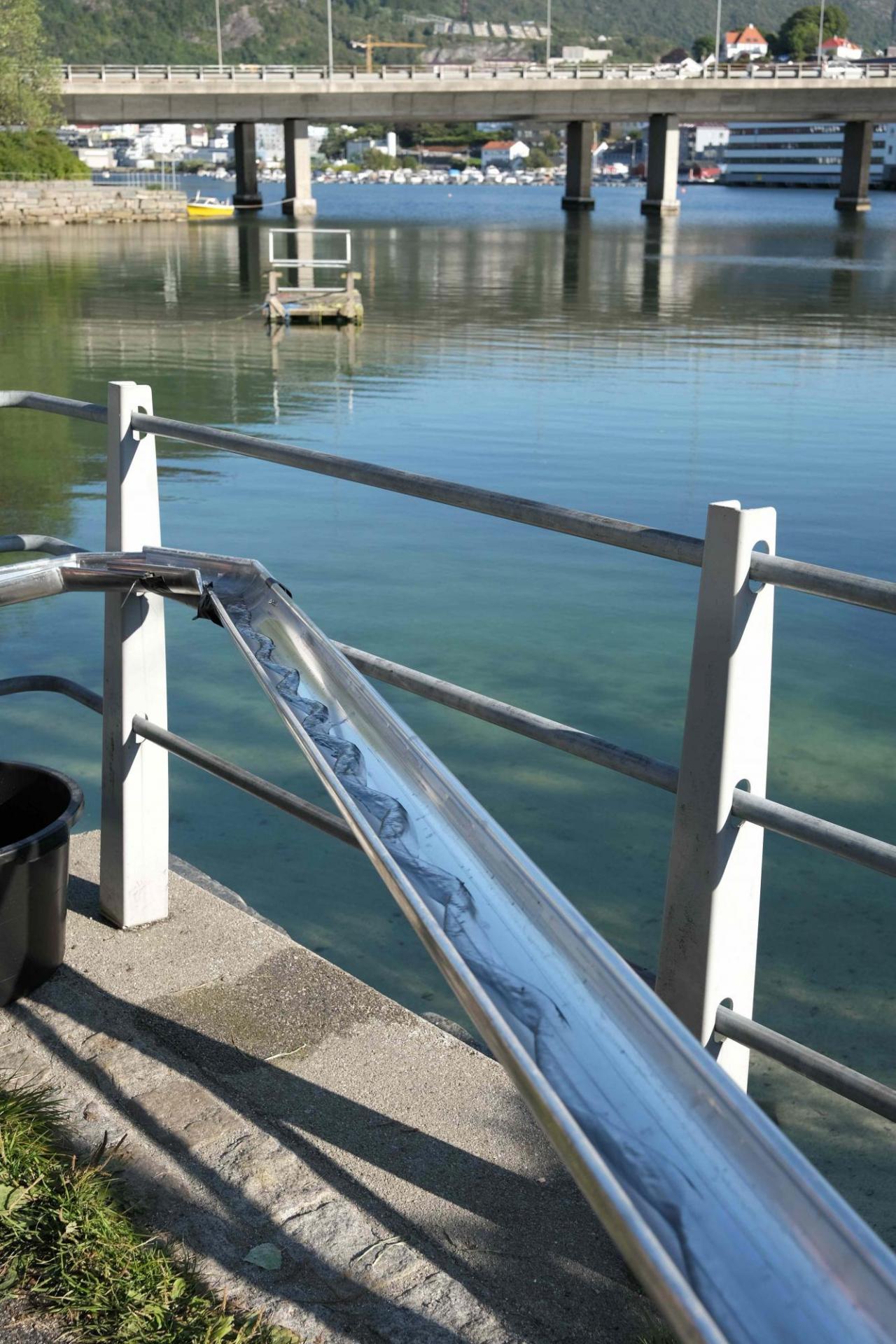 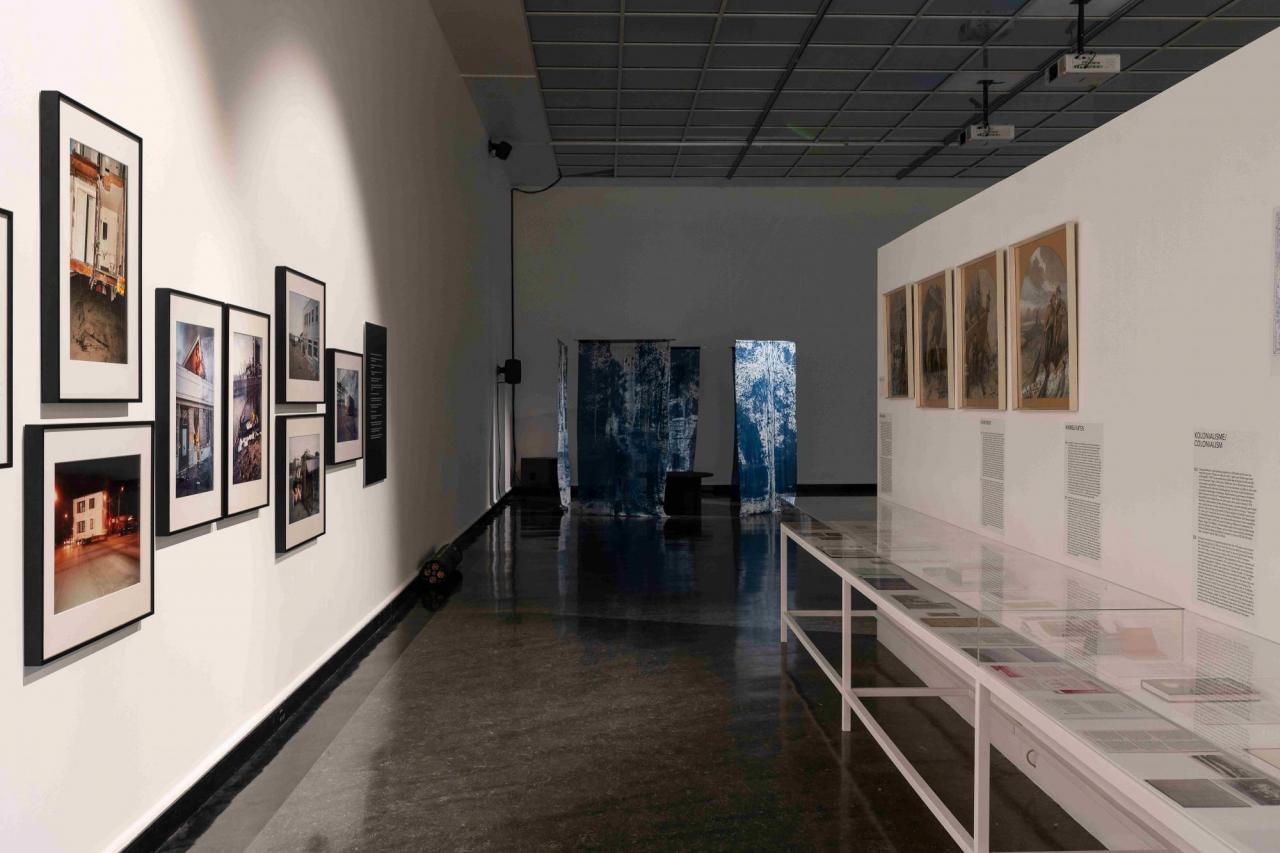 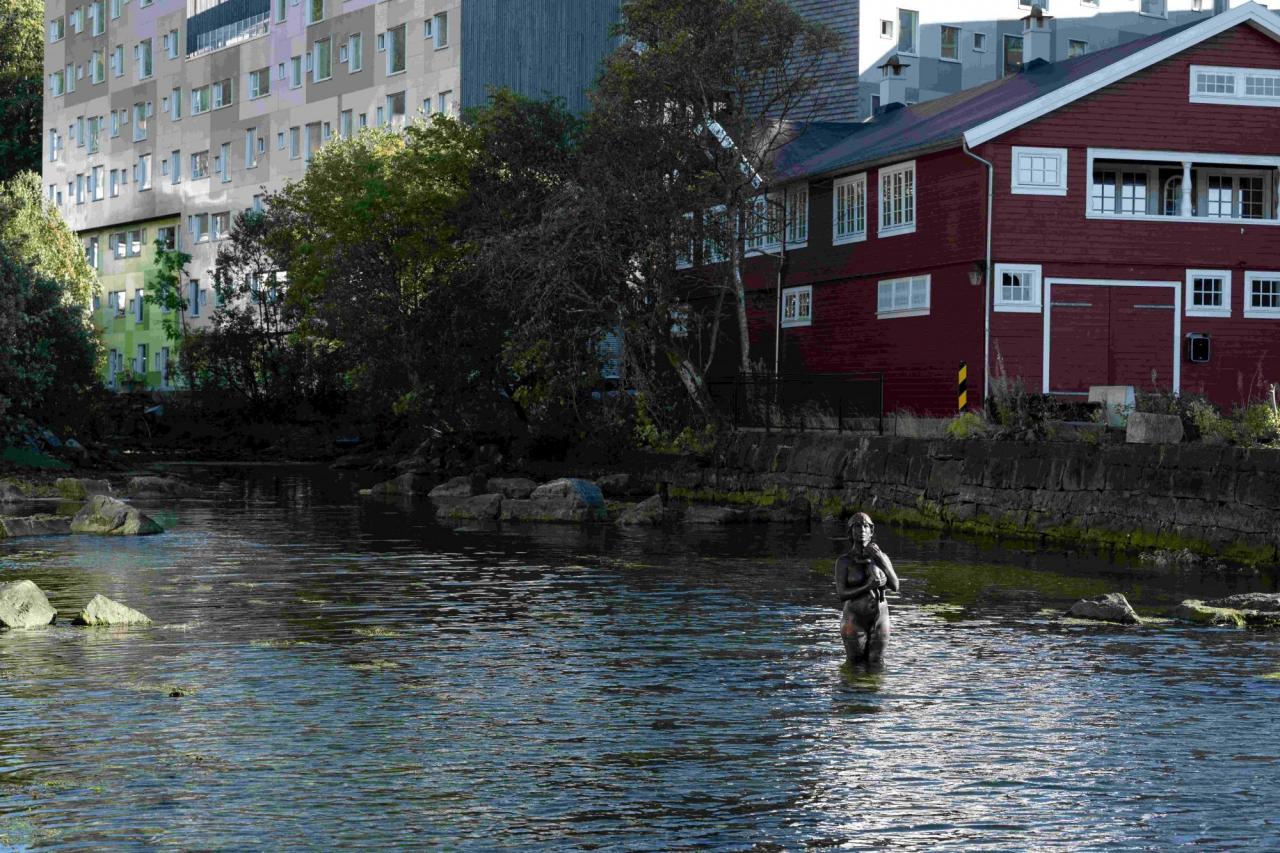 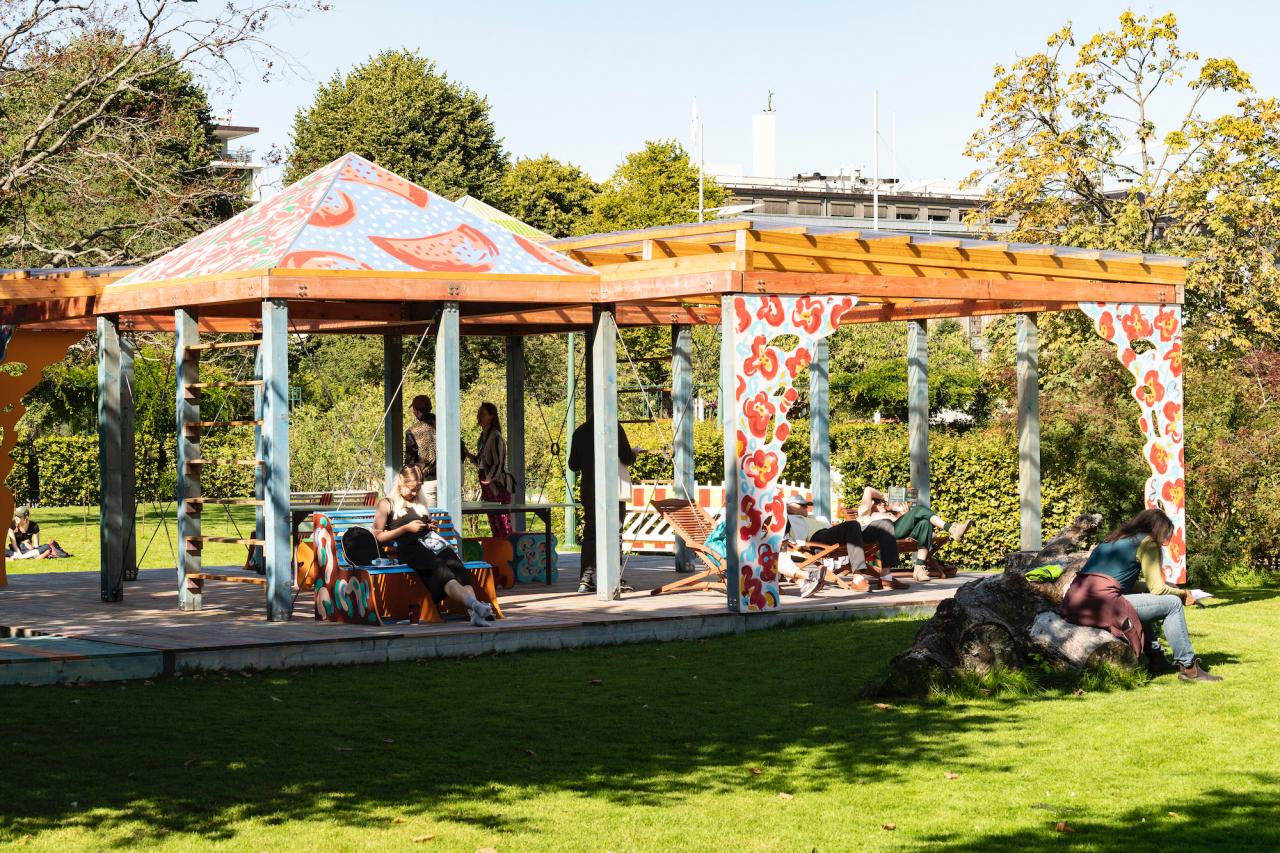 In the picturesque town of Bergen, Norway, a group show dedicated to the ocean promised to pay tribute to the water’s siren call – and the oil tanker’s – in a port city filled with both.

Call me Colin. Some months ago – doesn’t really matter when – and with little to no money, I boarded a plane to Norway. Yes, north, when everyone should rightfully be headed in the other direction. I made my way to the “city of seven mountains”, Bergen, to see a show about the very thing that this erstwhile outpost of the Hanseatic League is engulfed by: the ocean. At the precipice of mountains, glaciers, and global trade routes, water is here both sustenance and a source of uncertainty. For Bergen, as for many in the extremities of the global north, issues of sustainability, conservation, and careful reflection press down on the denizen of this gateway to the majestic fords with special urgency.

The city’s identity and its industries are as schizophrenic as the capital that supports them: Bergen is a research hub for marine science and a pivotal passage for the gargantuan tankers filled with oil, the menacing Moby Dick equivalents of the twenty-first century. Gutting the 800-pound gorilla (whale?) of the ocean is no simple feat, and the collection of over thirty artists, researchers, collectives, and designers in “The Ocean” pays tribute to the complexity and boundlessness of the topic. (Kunsthall director Axel Wieder has been quietly putting together a roster of similarly ambitious programmes in the last three years, which included ground-breaking exhibitions of Sandra Mujinga in 2020 and the late pioneering feminist activist and writer Jill Johnston in 2019.)

Wieder and his team incorporated a series of outdoor projects that ran throughout the exhibition’s relatively-short duration, from international artists like Sol Calero (Casa Isadora [2018–21]) to local co-operations with Lydgalleriet, a space devoted to artists who work with sound. In one such intervention (Per Kirkeby and Iwaki Ocean’s Temporal Visit [2021]), Ei Arakawa, aided by his mother, transported and displayed ocean water from Fukushima – the area from which he hails. (The Japanese government recently approved a plan to release contaminated wastewater, a decade after the Fukushima nuclear disaster, into the surrounding sea in 2022.)

We hear, paradoxically, what is missing.

Inside the confines of the Kunsthall, there are the maritime photographic stalwarts, like Wolfgang Tillmans with his restless waves (Kleine Welle, and The State We’re In, A [both 2015]), and Allan Sekula’s still prescient and powerful Fish Story (1990–93), both of which anchored the newer generation of artists on view around them. Propped high on a wall like a figurehead was Tabita Rezaire’s video Deep Down Tidal (2017), where communication channels snaking through underwater networks are brought to the surface of the screen, highlighting the hidden structures that exert their power even as they lie beneath the threshold of perceptibility. The darkness of Rezaire’s video mirrored the sonic shadowiness of Em’kal Eyongakpa’s near-inaudible subterranean sound installation that played every half hour, composed of used oil barrels, hydrophones, contact microphones, transducers, and other audio equipment to dredge up the gateways exploited by the oil industry, present both in Bergen and the Gulf of Guinea, a coastal region that includes the artist’s native Cameroon.

The strategy of being in multiple sites and places at once belongs to a different mode of investigation – not documentary, exactly, but not purely imaginary either. With field recordings playing in an exhibition space, no one is transported to some distant conflict zone or contested terrain. Rather, the noises of extraction – after all, this is what field recordings do to their subjects – offers a means to involve us without the yuckiness of participation, immersing us as responsible listeners, keenly aware of our immeasurable distance from the real.

It is this distance that the aesthetic undertakings as a group in “The Ocean” time with precision, as witnessed in Elin Már Øyen Vister’s sound work drawn from the tiny island of Røst, off the north-western coast of Norway. In Røster (2012–2021), the artist, in collaboration with other inhabitants of the island, collected an entire soundscape of recordings of boats, waves, and human and non-human voices, the most poignant of which is that of the seabirds that have made the site a major migratory centre. Over the nine-year period of the ongoing project, the disappearance of this avian cacophony is not something documented on a chart or whiteboard presentation. More poignant and haunting, absence makes itself known through the growing silence. I could not help but think of composer Luc Ferrari’s majestic Presque rien (almost nothing, 1970), which recorded the environmental acoustic phenomena of a beachside town over the span of an entire day, then reduced and mixed down to twenty minutes. Røster was a painful reminder that for some, silence is not golden – instead, it becomes a document of the receding life of a once-thriving environment. We hear, paradoxically, what is missing.

The decision to hold back the usual vehemence of ecological discourse, as it made its way like the ocean beneath, did a great service to the works themselves – sibilance over soapboxing. Sure, there were activist statements and approaches, but they were offset by a measured hush inside of the Kunsthall, echoed in careful staging. Next to oil drums, I could get lost in the ephemeral puffs of Jean Painlevé’s The Sea Horse (1933), as fragile and forceful as the medium surrounding the little creature. Such carefully staged correspondences made certain that wonder, philosophy’s most reviled state of being, was never too far away – or at least remained as close at hand as the threat of shipwreck.

COLIN LANG is a writer living in Berlin.

Installation view of Bea Schlingelhoff, Bronze Sculpture Dedicated to The Descent of Woman (2021) in Møllendalselven. Courtesy of the artist. Photo: Thor Brødreskift