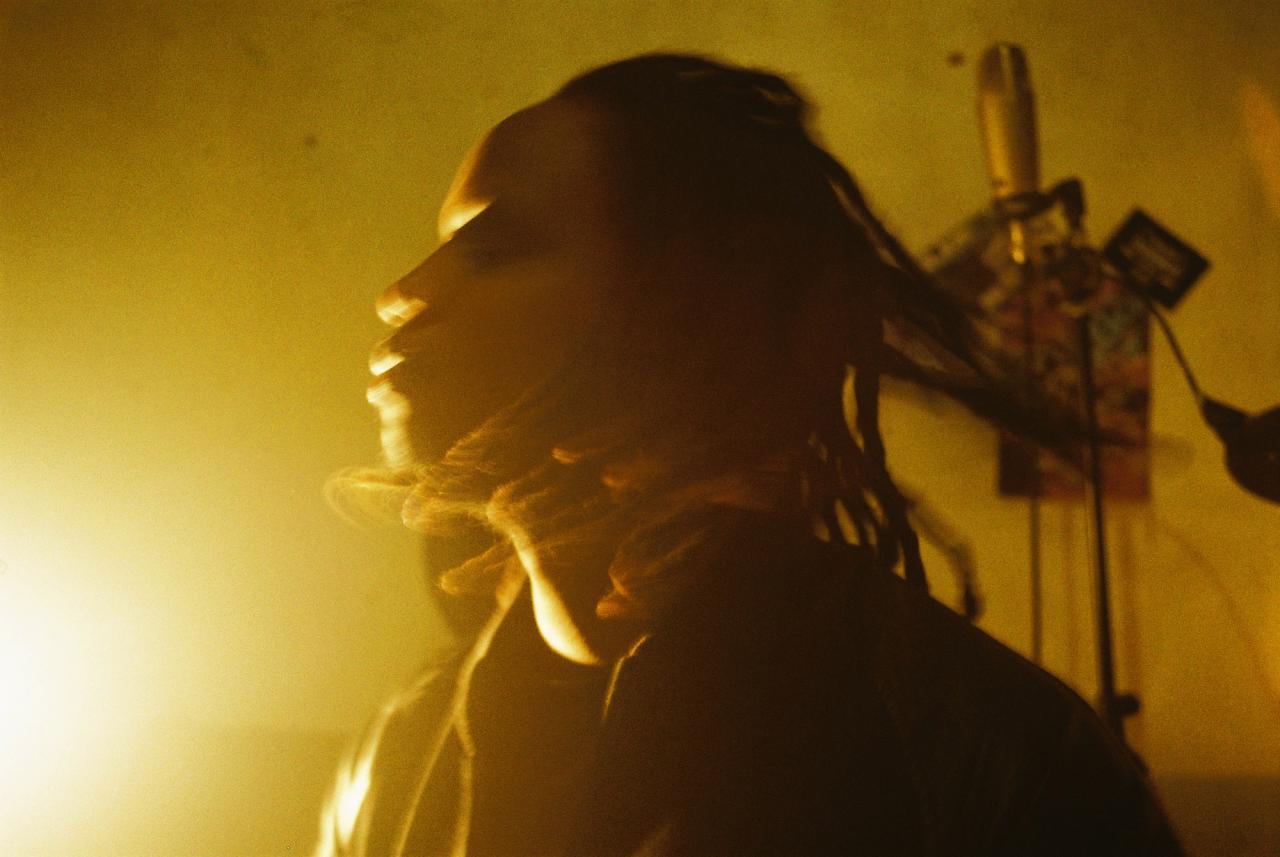 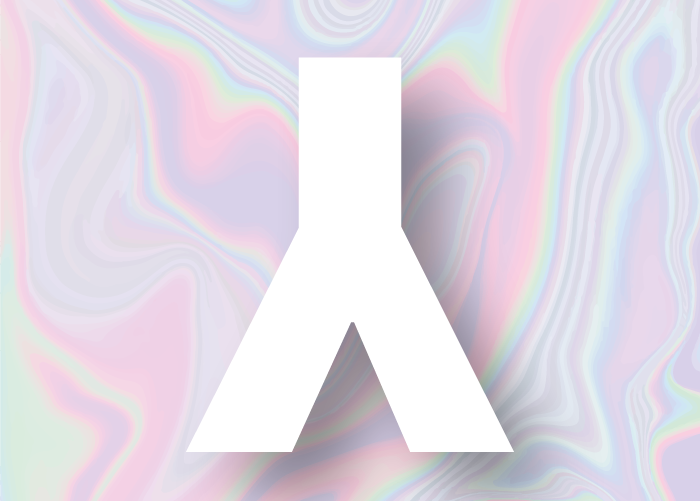 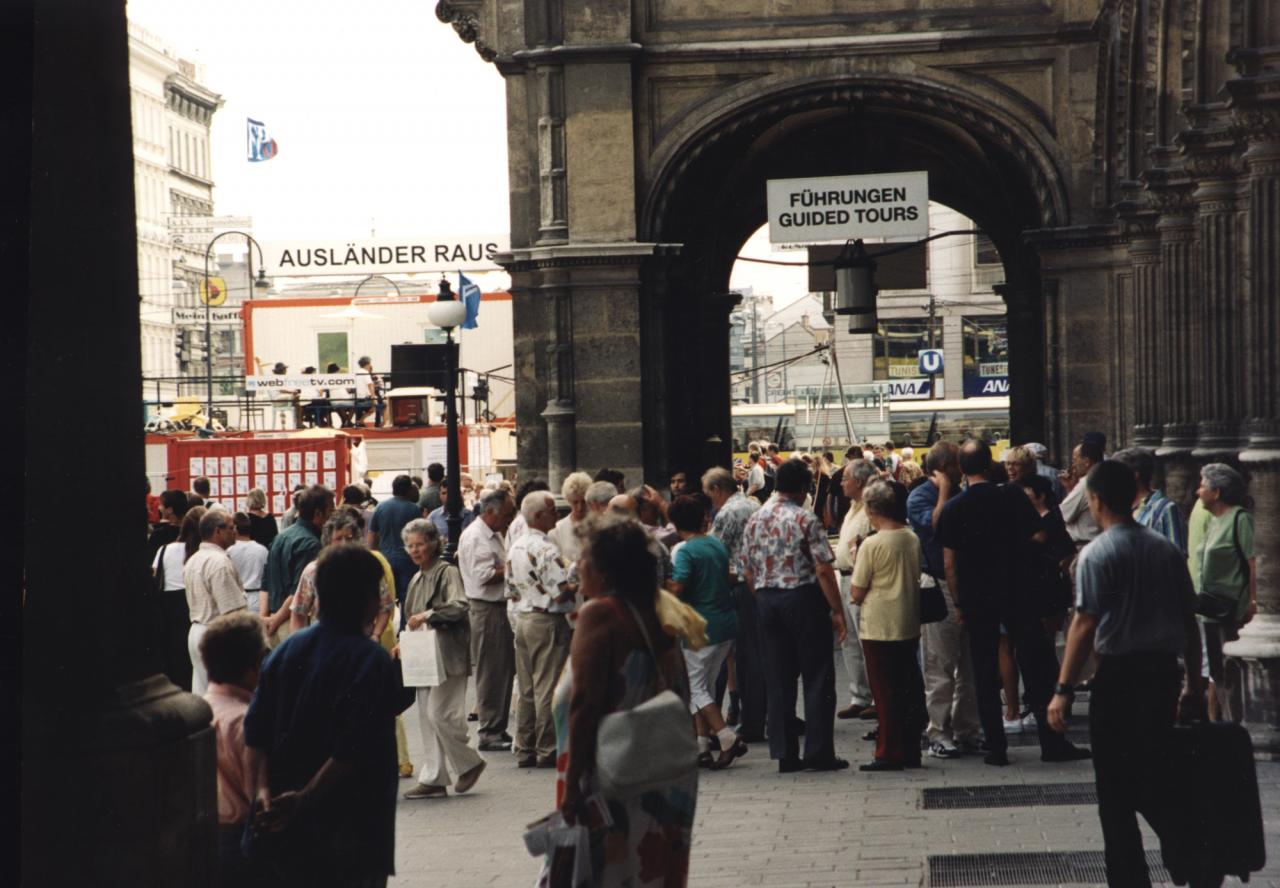 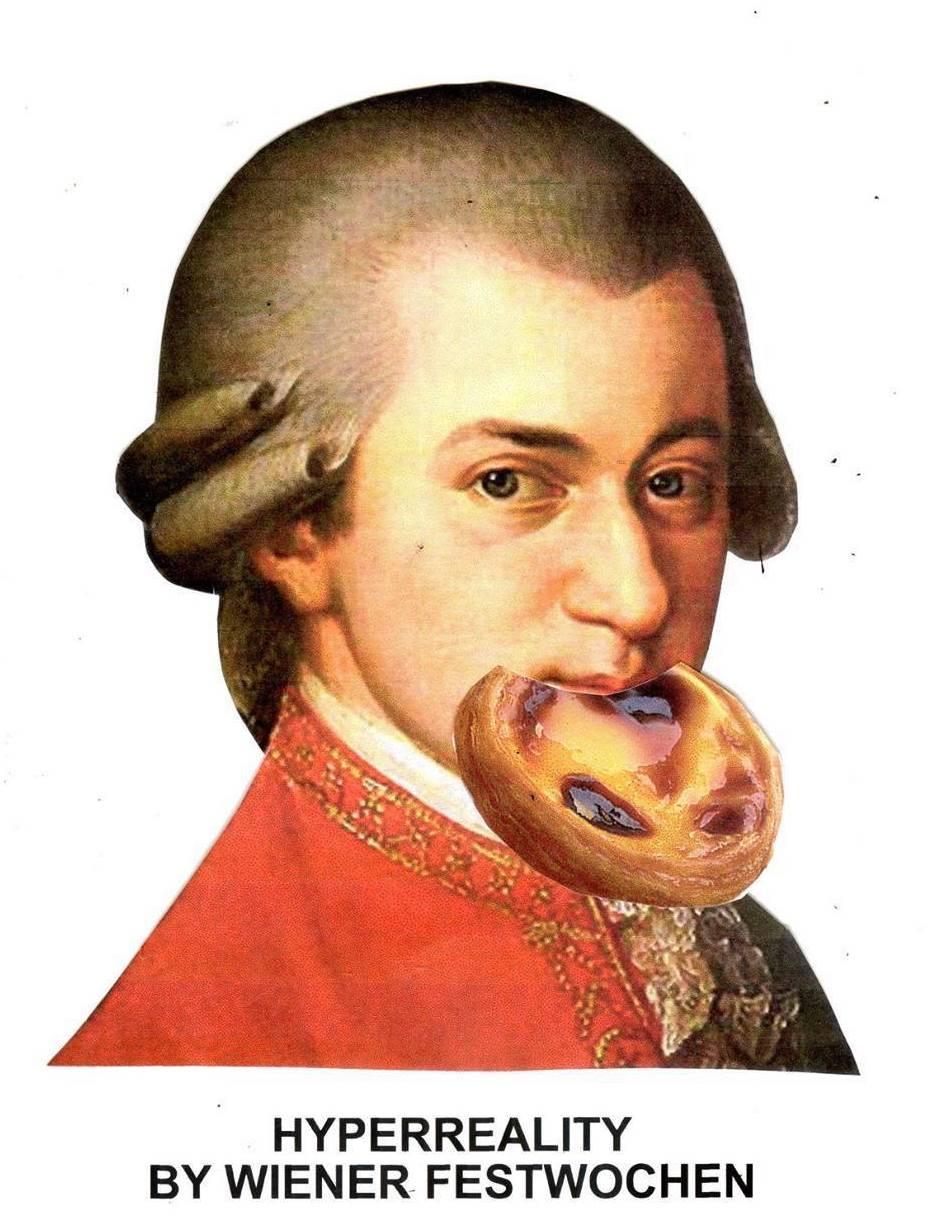 This week the new music festival Hyperrreality opens in Vienna as part of the Wiener Festwochen, bringing together a range of acclaimed artists from diverse subcultures around the world, who are (un)shaping the evolution of electronic music. In conversation with festival curator Marlene Engel, Joel Mu reflects on the analogies of today's highly disparate musical production, Engel's approach to club music and the series of four “showcases” she has organised in Neugebäude Castle, starting tonight with Portuguese record collective Princípe, followed by NON, BALACORE and GHE20G0TH1K.

“Today there are so many hyper-connected communities, and that’s where the word ‘hyper’ comes from”, says Marlene Engel about Hyperreality, a four-day club-culture showcase starting this year on May 24 hosted by the Wiener Festwochen, one of western Europe’s most prestigious cultural events: “Digitization has totally changed the way music is produced and listened to”, the 32-year-old curator continues. During an online video-interview Engel shared her observations of the cultural effects the web has had on recent club music.

Groups defined by subcultural communities and individuals characterised by an engagement with transversal ideas, gestures, and performative subjectivities come together in a part-technological, part-embodied ecosystem, where artists produce work (often live) that is characteristically global, locally supported and ambivalent to the rules that usually separate the playing fields of art, music, dance, theatre, fashion, architecture, activism and so on.

This overlap between art and club music has emerged over the last decade via a predominantly English-speaking social Internet. The aesthetic and strategic similarity it shares with contemporary art was either directly connected with or appeared around the time of so-called post-Internet art. Both use social-media formats to build like-minded communities, while sharing and taking inspiration from the huge amount of content available online. “I want to build a festival that lives up to this – to a scene that is really large, bright and forward thinking”, Engel explains.

The curator’s own entry into music started in the small Austrian town of Krems where she grew up. “I was 17 with my little brother playing these drum & bass parties”, she says. “Music has always been my safety place. Where there are no restrictions. It has always been political”, she says. Between May 2014 to October 2016, Engel co-organised BLISS, a series of club music parties in Vienna with no fixed schedule or location.

It was here that she re-connected with the recently appointed Wiener Festwochen director Tomas Zierhofer-Kin, who was impressed by Engel’s approach, and invited the young DJ to co-curate, with Nadine Jessen and Johannes Maile, a series of club nights as part of the month-long festival. “The festival started after World War II to revive the cultural scene, and was based on the idea of counterculture,” states Engel. In the past, this meant building an artistic programme against the cultural mainstream. During the past 30 years, however, the festival became more focused on stage productions presented in theatres and opera houses. “For Hyperreality, I didn’t want to underlie what already exists in Vienna,” Engel explains, opening a conversation about how club music has provided a supportive platform for blackness, queer and what human migration could be. “This music has become more expressive about politics”, she explains, “DJ Nigga Fox, Yves Tumor and Lotic, are great examples of this. Their stage personas are not made-up characters. It’s always political and very personal.”

Listening to Engel speak, I am reminded of another Wiener Festwochen production: Christoph Schlingensief’s Foreigners out! Schlingensief's Container, from 2000, an actionist TV-show that was inspired by Big Brother and supported by a cast of non-acting asylum-seekers, who compete with one another inside large shipping containers, to decide, in effect, who was to remain in Austria. The Wiener Festwochen has often confronted and challenged populist stirrings of racism and xenophobia, so I ask Engel to explain the participation of artist collective NON:

“NON Records are using an interesting strategy in the festival. They are going to present visual and audio elements that aim to show binaries in societies. They also aim to express a “State of Non”. Two years ago we saw large waves of immigration in Vienna, mainly Syrian people. People were just walking across Europe and we could see that this concept of the State (and national borders) doesn’t work. So what I think the collective is doing with the “State of Non” is actually defining a state of thought – that we are connected by ideas, not borders. This is obviously really important for marginal people and for the communities they form. I think the “State of Non” provides a brilliant concept for communicating problems in society. So of course the collective is only working with POC (People of Colour) and the African diaspora, but I don’t necessarily feel that, as a white person, I am excluded by this decision, or, by extension, from the “State of Non”. And even though I regard myself as part of it, that concept wouldn’t work if I were in there as a conventional festival curator. That’s one reason why the Hyperreality showcases are self-curated.”

Engel’s response leads to a follow-on conversation about “appropriation” vs. “exploitation” and a possible third way, simply described as “getting to know content”. She says:

“I was asked the other day if a white kid from, say, the United States, uses samples from here and there, is this automatically appropriation? I can’t answer that. Really getting to know content and the scene/community the content comes from takes longer than just downloading music and using it. It takes time. That’s the difference between appropriation and getting to know content. If someone downloads content, and then moves on – this not only takes away the voice of that person/community but also takes away content that that person/community could turn into money. But, of course, in a hyper-connected reality, if someone is really interested in a scene and really gets into it, then they can’t just move on, because hopefully that person has made meaningful and productive connections to that content. But this, of course, takes time.”

Engel’s use of the word “content” rather than “culture”inadvertently supports her claim that most cultural content is either already digitized, in the process of digitalization, or destined for the Internet in one form or another. This brings up the idea of “content sharing”: “Some people have said that music sharing is a bad thing, but the major record labels never lost money on that”, she says. “It was always the small/younger producers who did, so when we are talking about ‘World Music 2.0’ – a term Jace Clayton aka DJ /rupture uses in his 2016 book Uproot – what we are talking about are the possibilities that emerge from sharing music outside our capitalistic systems,” she explains.

Reaching the end of our hour-long interview, I ask Engel how this music can avoid being co-opted into the existing system? She answers with the example of Portuguese record label Princípe, host of the first Hyperreality showcase on May 24:

“Príncipe is a record collective from Lisbon. We should remember that Portugal only became a democracy in the 80s, and that there were all these communities on the outskirts of city. As a result, a really large subculture developed there with people like DJ Marfox and his thumping first record, Eu Sei Quem Sou, in 2011 . When Príncipe started as a label they took four years between the first and second album because in that time they were getting to know their community. And knowing a scene is very important. What happened to grime in London is the opposite: there was this subculture and some record labels went in. They didn’t understand the rules of that scene, people got mad, and those taking advantage destroyed the whole scene. Príncipe did a really great job in getting to know their community and gaining respect from presenting their community’s music. This is why it is necessary to have Príncipe curate themselves. I think that’s why they and the others artists in the Hyperreality line-up are working with us.”

What is the lasting impact of projects like Hyperreality and others coming before it? It is probably still too early to judge, given the relative new emergence of this music and its connection to a 'social internet'. When that time does come, however, perhaps it is worth considering that community is the missing link between culture and content.

JOEL MU is a curator and founder of M.I/mi1glissé. He lives in Berlin.

Poster for the Príncipe showcase