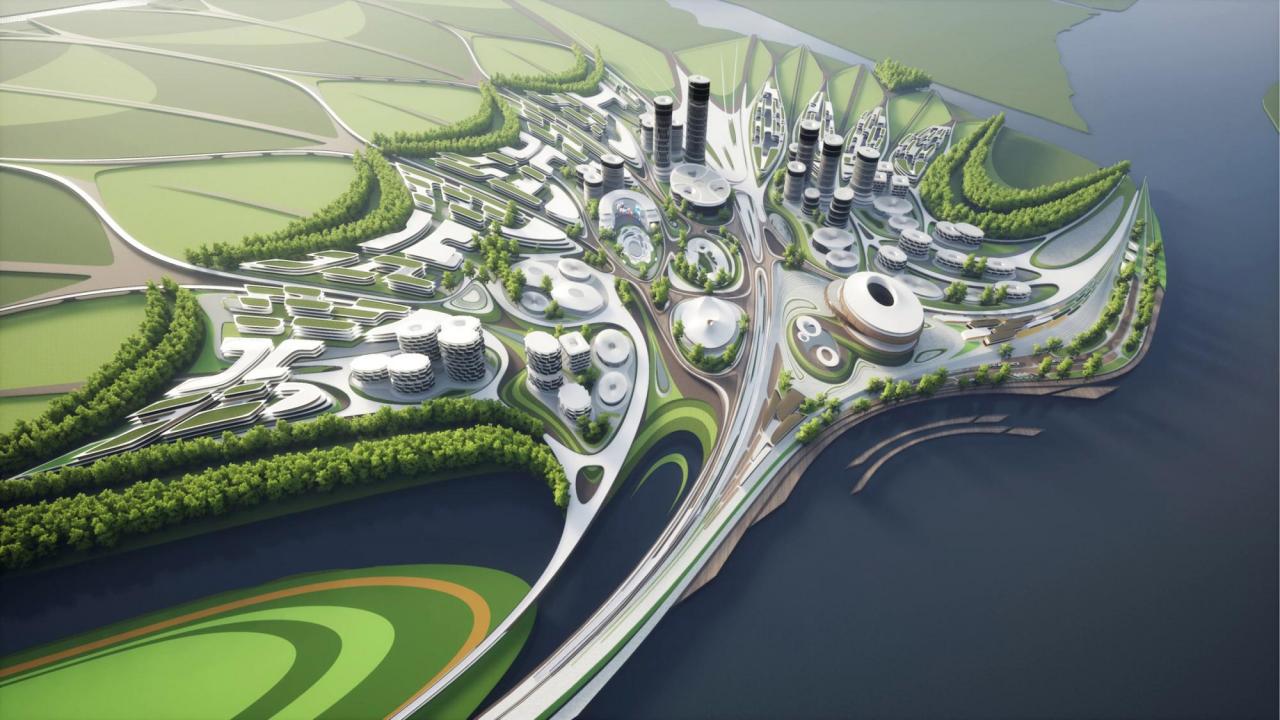 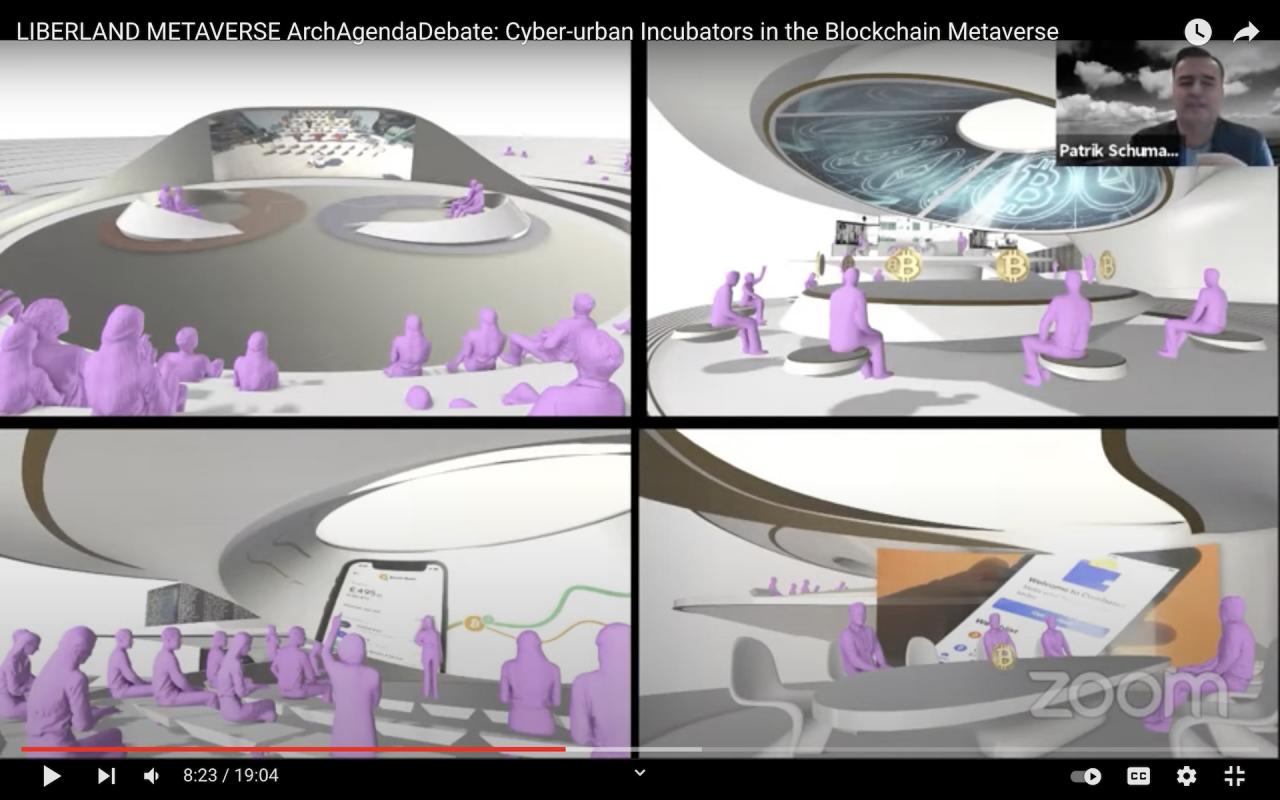 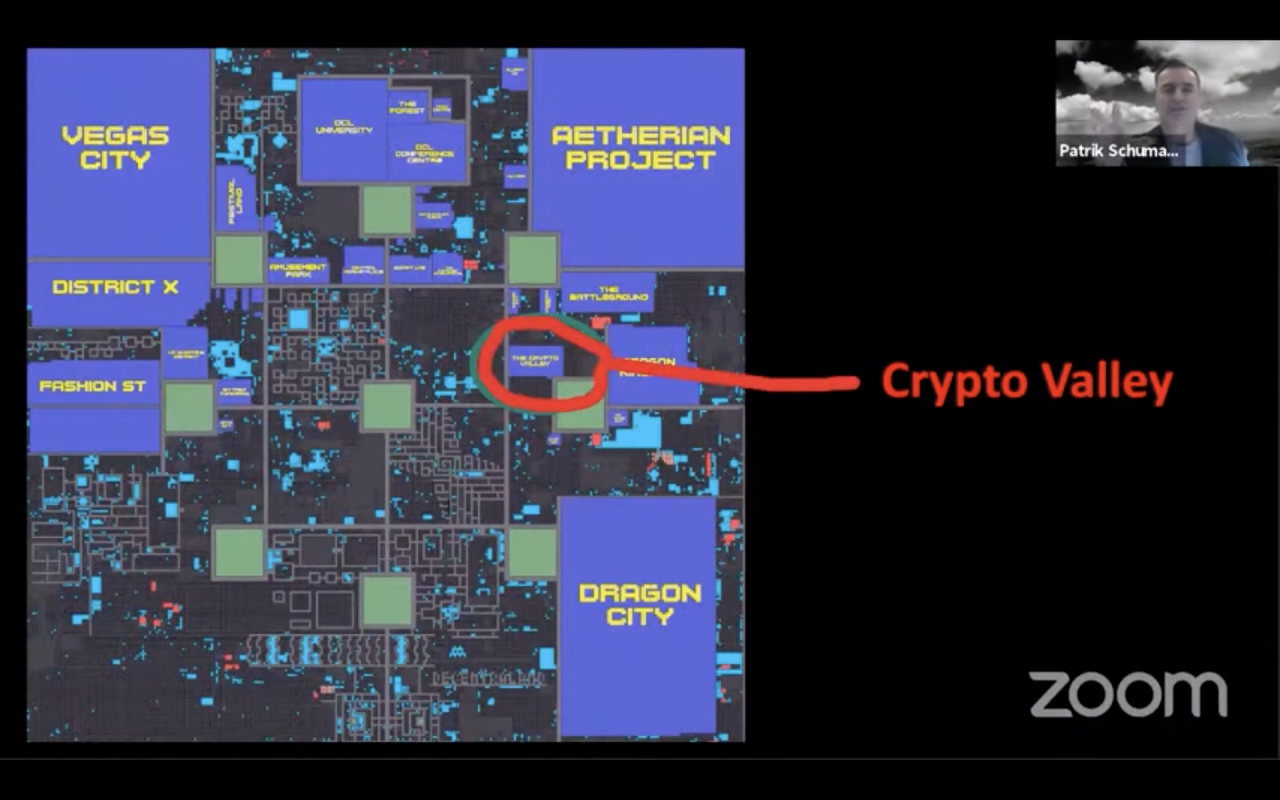 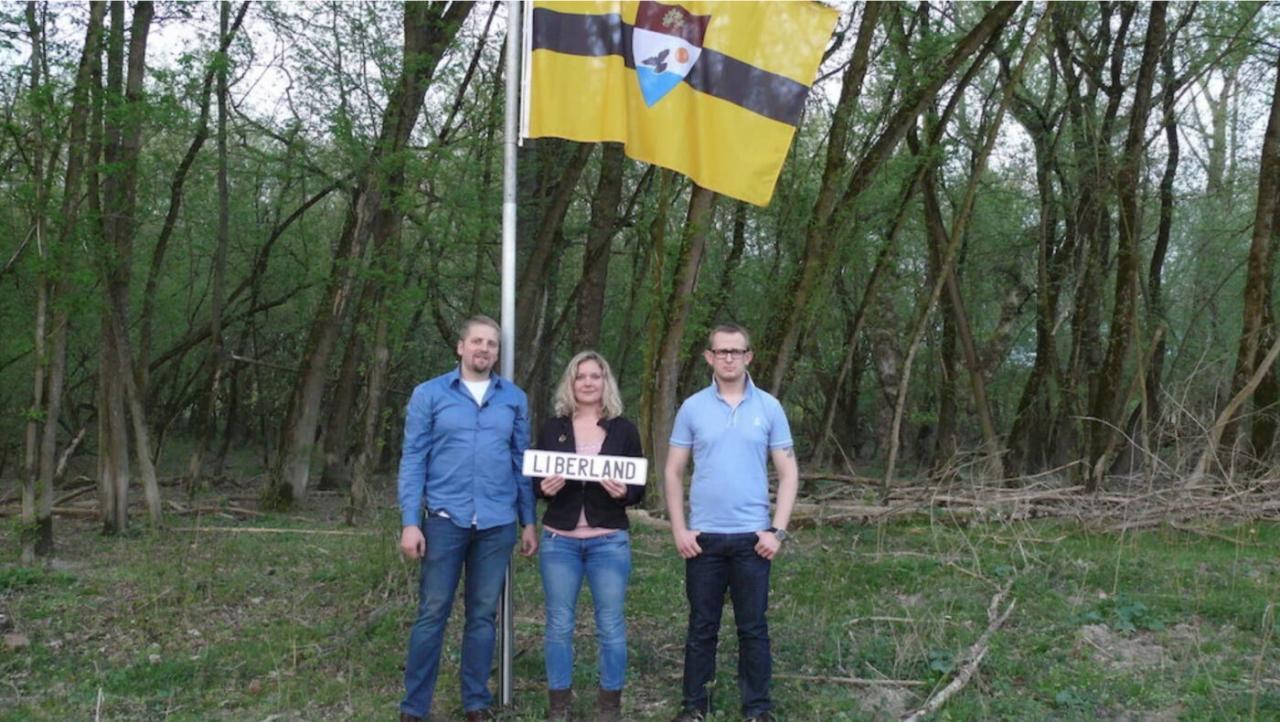 A new digital city designed by Zaha Hadid Architects promises to realize “the old dream of cyberspace” — but whose? What remains genuinely public sphere when the rhetoric of open access only serves gentrifying the metaverse?

Being online used to be more fun. Suddenly, human expression worked around the clock and was available to anyone from anywhere as long as their broadband coverage and economic situation allowed for it. At its very best, the web demonstrated the democratic desire not only to idly exist within the world, but also to take part in its collective creation. All these unspoiled ambitions turned sour, however, when financially motivated actors wanted a piece of the pie and started weaponizing the communal success of cyberspace against itself. The old dream isn’t totally dead: Sites like The Pirate Bay, Libgen, and a few other non-profit anarchist websites still advocate for a utopian vision of the web which was founded on the cyberpunk principles of open accessibility, but such enterprises are continuously getting shut down and their offices even raided by police. Meanwhile, the entrepreneurs who make a buck privatizing what was once considered to be our public digital spaces are morphing the web into the new libertarian frontier, receiving acclaim from the private and public sectors alike. What seems to matter most today is not the capacity to innovatively shape reality, but rather the ability to invest in its revenue.

An emblematic example of this is Liberland, a self-declared “networking hub for crypto projects, crypto companies and crypto events.” This lofty promise takes the form of an exclusive metaverse server that is designed by the British design studio Zaha Hadid Architects and inspired as well as endorsed by an unrecognized real-life libertarian micronation, situated between Croatia and Serbia that bears the same name. The scenery in the online Liberland feel like the virtual manifestation of any existing financial district, and it is designed to be just as sterile. Despite the possibility of erecting fabled structures and whacky monuments in the rendered digital realm — such as defying gravity or other confining limitations of the physical world — the buildings that compose Liberland radiate the familiar, ubiquitous blandness of simulated steel and glass that have become synonymous with capital in architectural renderings of our online and sensual worlds. Any of the spontaneous, unmarketable forms of artistic expression that form the backbone of more enjoyable urban or virtual settings are absolutely absent in Liberland. In their place, colorful visualizations of stock charts are all over the place — they’re basically like abstract art for amateur economists. And then there’s the somewhat small “NFT Plaza,” a nod to art that is really just a slightly more digestible manifestation of finance capital.

Presenting the project to a group of potential stakeholders, Patrik Schumacher, who took over ZHA after Hadid’s death, has vaguely stated that Liberland will realize “the old dream of cyberspace” — a bold and astoundingly dubious statement, considering that the Declaration of the Independence of Cyberspace, written by John Perry Barlow almost thirty years ago, insisted that “legal concepts of property” do not apply to its netizens, since the web is not “a public construction site.” If there is an old dream of cyberspace, it is to create, following Barlow, “a world that all may enter without privilege or prejudice” accorded by “economic power.” Schumacher took his interpretation of the web’s ideals to the next level and proclaimed that Liberland will be a home for “a lot of gambling and a lot of gaming.” This feels fitting seeing as the current wave of trading enabled by blockchain technology creates a dangerous framework in which fun and finance are indivisible. Today, like-minded digital venture capitalists are going where no man has gone before to discuss, network, and crunch numbers.

Intuitively, there wouldn’t seem to be much in common between a pet project run by a fun-sized, unregulated tax haven and one of the most renowned architectural firms in the world. But upon further inspection, a libertarian utopia that idealizes the free market and an architect who, per his Twitter bio, sees it as a mission to “promote economic freedom” certainly heed the same call. The publicity stunt of the former is in fact the experimental playground for the latter. The virtual metaverse server of Liberland is only open to the registered citizens and residents of its disputed real-life manifestation, most likely in an attempt to compensate for the urban and communal environment from which they are physically deprived as long as neighboring border patrols continue to prevent them from entering the territory they call home.  That’s why the libertarian fixation on becoming one’s own sovereign not only ends up exploiting resources from developing countries and the natural world (see also: Bitcoin mining, extractivism, and e-waste), but also an invitation to fulfill fantasies of settler-colonialism, just like the citizens of real-life Liberland have pridefully done in their neighboring Serbia. Like most libertarian pet projects, the two Liberlands share the mythology which imagines money not instrumentally — as the framework by which self-preservation and communal relations are achieved — but rather, as an ideal end in its own right, which everyone must constantly strive for.

Libertarians sever money from its social justification as a means of exchange between people due to their conception of society as a collective of secluded individuals which constantly hustle, struggle, and strive for a private accumulation of capital. No wonder networking is prized in any framework that slices off social relations. Libertarian communities like this are puzzling. They all seem to share the paradoxical belief that mutual prosperity can only be achieved by cut-throat competition. And in this particular case, where cyber-libertarians rant about the shattering of civil liberty and the sanctification of privacy by state institutions, it feels especially egregious to fall back on a free market that intentionally undermines those values due to its fanatic deregulation.

Dreaming of toppling financial giants is commendable. But to then replace them with an arrangement of private ownership, “land sales and long leases,” as Schumacher said Liberland would, not only betrays the old dream of cyberspace, but recreates the hierarchy of the structures it nominally opposes by manufacturing scarcity. That is, what Schumacher and his ilk are really after is the gentrification of cyberspace and eradicating any forms of expression that do not intend to produce monetary value. This might not be surprising given Schumacher has previously stated that the goal of urban planning is to privatize the streets, squares, and parks that we share; in short, to privatize the commons. “Public spaces,” he deduced, are “wasted if they are managed by the public.” But isn’t the worth of public space, contrary to Liberland’s bleak vision, created when things are shared? If so, this is a testimony to our potential to enact communism and our success should rebuke the libertarian plot to shackle people to a narrow definition of economic freedom. Schumacher himself belongs to a long line of modern visionaries that, like most fetishists, wish to dominate whatever they cannot control. They are a by-product of the freedom that they find intolerable; offspring of the creativity they wish to limit for others. The latest digital gold rush embodied by this metaverse is nothing more than a Midas touch that detaches economic value from human worth.

Better alternatives to Liberland do exist — spaces that offer forms of creation without capitalization are not pure fiction, nor do they particularly need to be reinvented. Public spaces, whether they are online or outside our door, are where brittle infatuations, crude jokes, missed opportunities, and anything else that exceeds financial extraction fuse to form treasured spots and offbeat corners. We return to them not only because they don’t operate on a gimmick, or on the promise of a Second Life, but because the romance of public space validates our emotional needs more than they do our financial expectations.

IDO NAHARI is a sociologist, researcher, writer, and the assistant editor for Arts of the Working Class.

A screenshot from Patrik Schumacher's presentation on Liberland.

A screenshot from Patrik Schumacher's presentation on Liberland.

The planting of the flag at the IRL Liberland. Source: Wikipedia