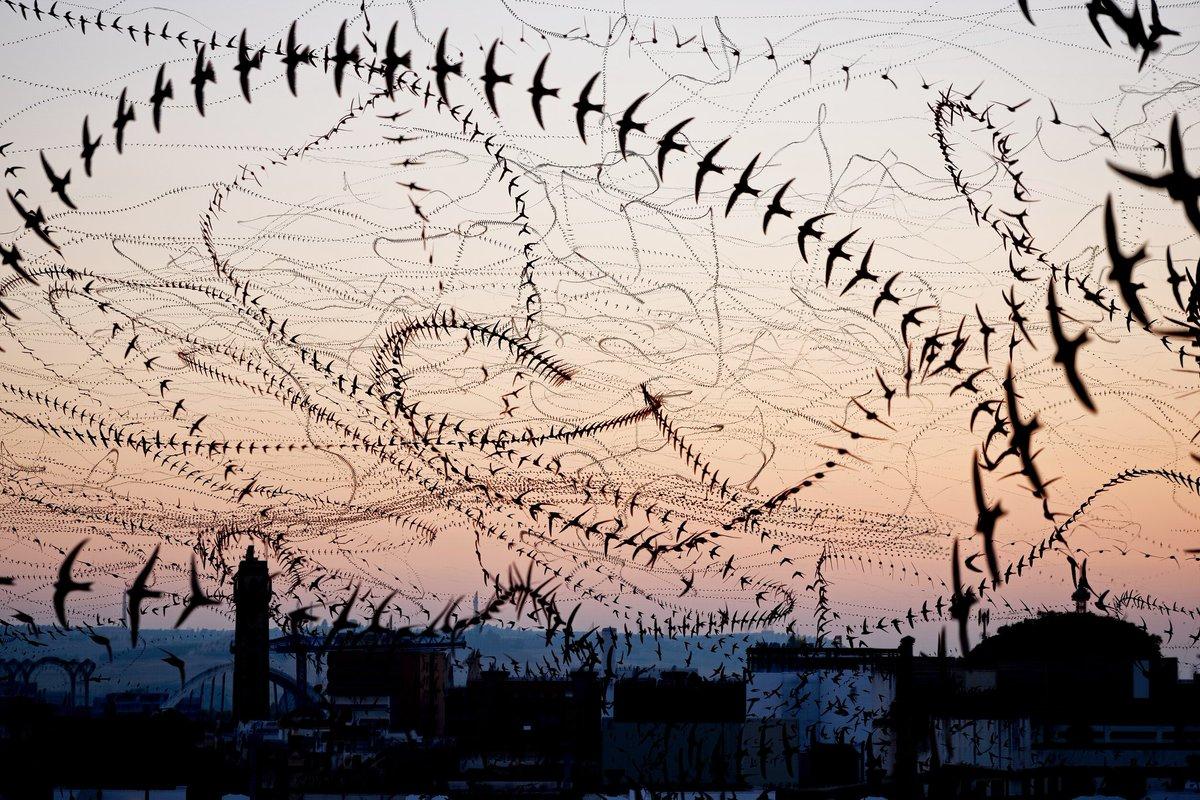 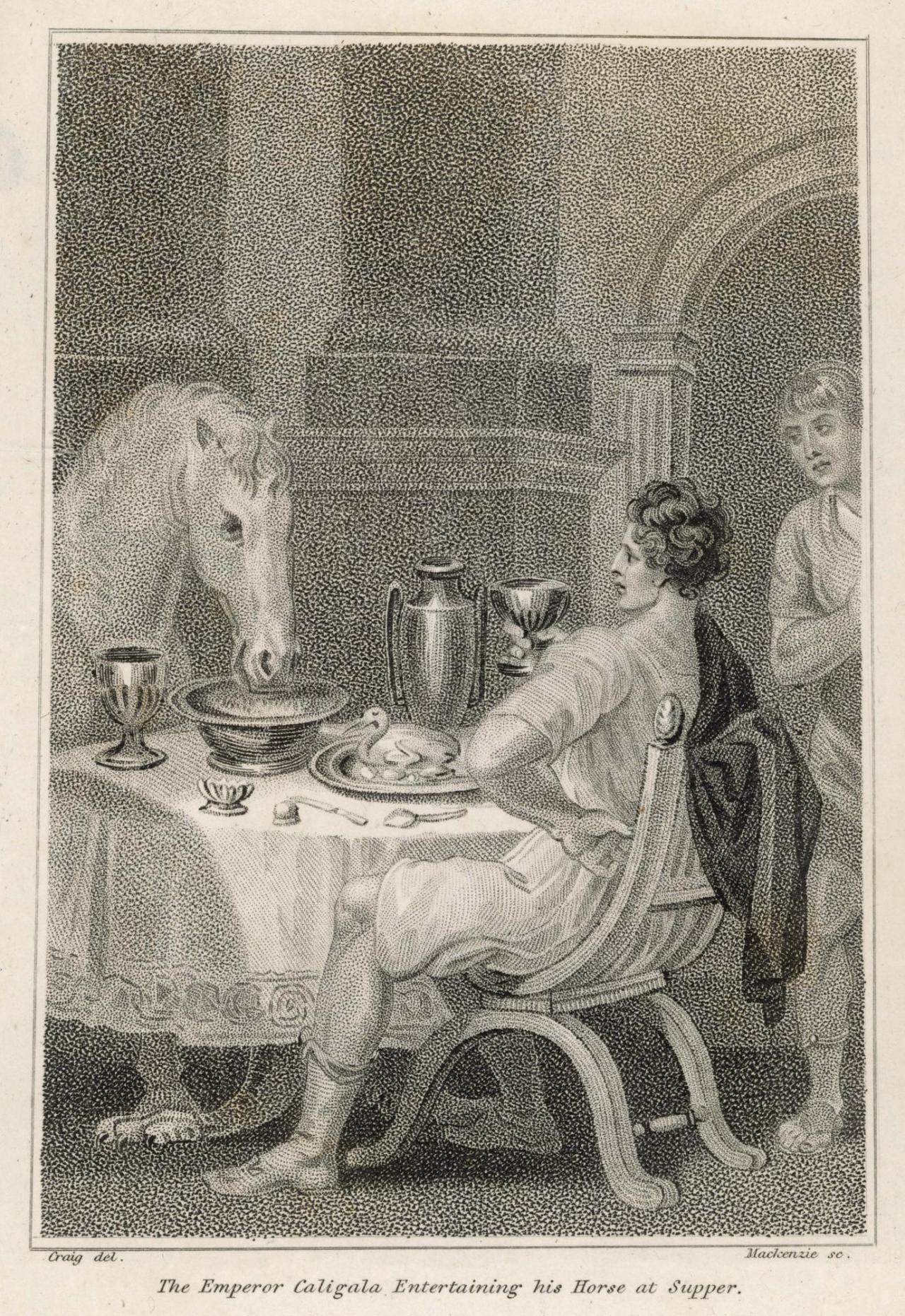 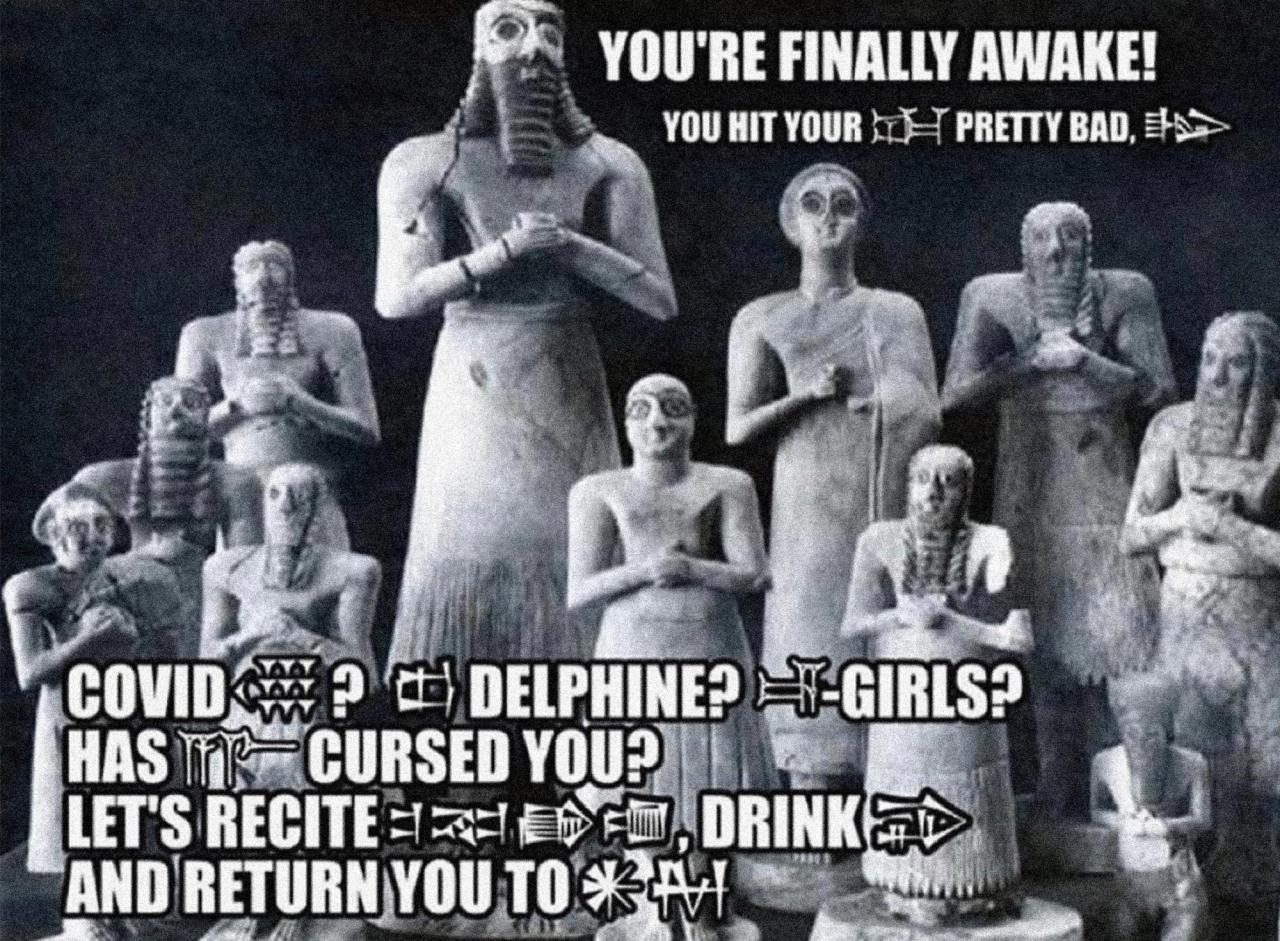 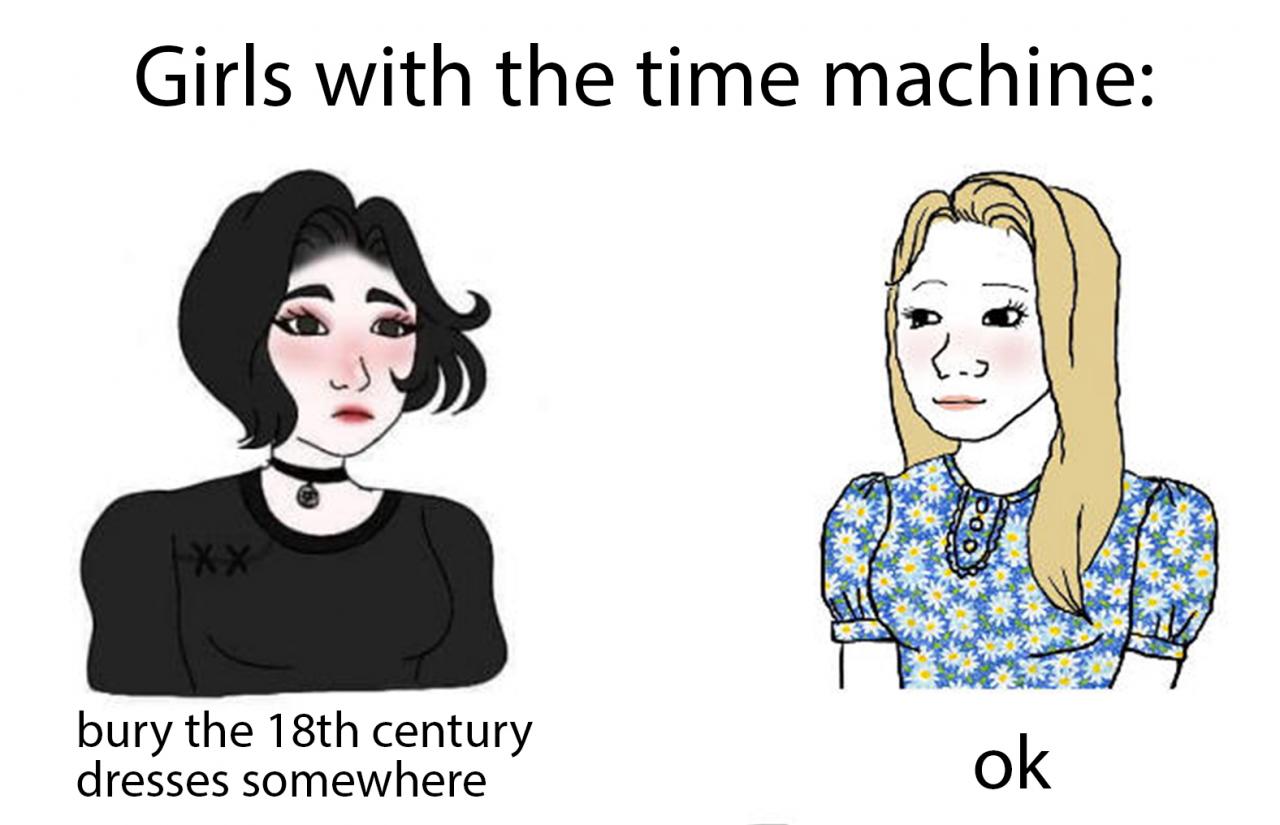 DEAN’s latest column is an ode to the coming fall, where New York is struggles to bring normalcy back into play. But when was New York ever normal?

It’s just turned Pumpkin Spice season. It’s San Gennaro’s Feast this week. It’s election season. The strangest part of living in New York right now is that it doesn’t seem like there’s an election in eight weeks. Not in Manhattan. There are no Trump posters anywhere, not even in his many properties, and hardly any Biden posters either. There are anti-Trump posters and graffiti, but that’s nothing new. Walking down the street the whole election seems like a distant memory. I remember seeing so many more candidate posters during the Democratic primaries.

Cafés and restaurants are closing down all over. I do see a large poster for a shop that’s hiring, “OPENING SOON!!” but it’s a Spirit Hallowe’en pop-up and the poster shows a giant reaper with glowing crimson eyes and grasping claws, and is really very ominous.

A friend tells me her greatest fear is life after death. She doesn’t wish to stay alive any longer than necessary. I tell her I’d like to go to a hotel.
“Oh I’d stay at a hotel forever,” she says.

Artists and writers snake around Europe on questionable visas. Tales of their bohemian lives, their exploits on the shores of Swiss lakes, in the squares of Lisbon, on Venice’s canals, sweep through the whisper networks and Close Friends stories, and everybody’s so jealous. One friend met an old man who invited her to a writing retreat and Sadean bondage weekend in a chateau in Champagne. The champagne there is salty, she says. I can see why people wish to move to Europe.

Here in New York there’s so much pent-up Accursed Share dripping from every awning, from every mask tucked under the chin and tight pair of yoga pants. Round the corner boys are selling weed. Everybody’s rolling blunts. Junkies are shooting up in plain sight, as they have been all summer-long. Someone just offered to sell me coke in the line for Lady M patisserie.

On Sunday afternoon I saw a girl in a T-shirt that read, “MAKE A WOMAN CUM FOR ONCE.” In the morning I saw a boy in a T-shirt that read, “PUSSY MAKES YOUR BONES STRONG.” On Monday on the High Line a young man passed by, walking a little dog in a green harness, wearing a flowery mask and a T-shirt that read, “BOY WHORE.” Not many people wear bras, except as a statement top. I work out in Tompkins Square surrounded by topless, glistening men with really cubed abs, all performing elaborate, verging-on incomprehensible routines, filming one another under the burning sun, and it feels like an honour. It’s quite utopian really, and has a repressed homoerotic cinematic quality, like Beau Travail, which has the most life-affirming endingof any film I’ve seen.

The Regal in Union Square has been closed for six months but is still lit up inside by glowing LED video billboards advertising the latest movies. They haunt the deserted cinema like ghosts of the stories we once used to tell ourselves.

Equinox just reopened its gyms. At the time of the lockdown their billboards said, “MAKE YOURSELF A GIFT TO THE WORLD.” Now they say, “IT’S NOT FITNESS, IT’S LIFE.” The mood of the city has changed.

There’s lots of kissing going on. Probably lots more kissing than before. I think this is because, if you find yourself close to someone without a mask on, you may as well smooch; and also because of the commingling pull of the sex drive and death drive. Not that everybody’s making out with friends and strangers on piers and rooftops and parks. Isn’t it odd how you browse dating profiles horizontally? On every other app you scroll down vertically, but on dating apps everybody is arranged in a line. Bataille would likely say this has to do with the relative levels of the mouth and the anus; Deleuze and Guattari would read it, presumably, as a consolidation of orifices and a chaining and combining of bodies. My buddy volunteers handing out PPE (Personal Protective Equipment). He posted a picture of his antibodies on Tinder and a lady took him home and “saddled” him (his verb). There were no words, he said, no talking, she just took him into her bedroom and fucked him without protection. He’s since bought a designer puppy.

In National GeographicI read a short paragraph of reasons this year hasn’t been all bad:
“Telemedicine is making healthcare more accessible than ever. Anti-racist books are topping bestseller lists. Way more people are washing their hands. Americans have adopted hundreds of thousands of shelter pets.”
Honestly I can think of better reasons, but try not to look on the bright side too much in case people think I’m a devil.

Every morning, the newspaper I’ve read my whole life is piled high with stories about nothing. Stories about nothing, a few op-eds with titles like “A tyrant-clown has destroyed my love affair with America,” and hidden away at the bottom, maybe, on a good day, a tiny note about how physicists have discovered a new type of black hole in the Forbidden Zone/ a small parallel universe in Antarctica in which time flows backwards/ gigantic unexplained structures in the centre of the Earth/ UFOs are real/ a dwarf planet named Ceres between Jupiter and Mars with a saltwater ocean. Can’t we hear more about that?

The thing about those UFOs is, we probably built them ourselves. There’s zero evidence of any other intelligent lifeforms elsewhere in the cosmos. Our minds are the sui generisapogee of consciousness, the universe’s only known instruments for reflecting on itself, and yet we don’t spend any time reflecting on it. We don’t want to believe in the sublime or in ourselves. We’ll be the first tragic characters to be felled by a lack of hubris.

I walked to the pizza parlour at night. There was a dazzlingly bright white-golden star right on top of the moon, and I thought it might signify the end of the world, so I opened up Twitter and searched “moon”, and it turns out it was Mars. There was another tweet that read,
“This sounds super crazy, but just stared at the moon for 30-40 minutes through my binoculars and you can see a TON of migrating birds, many small ones, and what I believe was a Nighthawk....fall migration.”

for all its variations, nobody ever uses the Time Machine to go forward. No-one has any hopes for the future.

Ella says we live in a twilight world. Recently she visited Turin and went to see Guarino Guarini’s Chapel of the Holy Shroud cupola (completed 1694), the 12-pointed star of which Umberto Eco describes as a Baroque wonder and “an expression of this dramatization of life, closely connected to the search for new expressions of Beauty: things amazing, surprising, apparently out of proportion”; but while she was there, her guide claimed that Guarini was more fond of the shape of an 8-sided star. Life is so often surprising.

I’d like it if just for once I looked at the paper in the morning and it said that some people like chaos. Some people do.

Late summer’s meme formats are about escaping the chaotic, despairing present. The “You’re finally awake!”meme is unusual because it breaks the third wall and addresses the viewer directly, and reassures you that it’s all been a terrible dream and the present never happened. “It’s almost like”, writes artist Joshua Citarella, “people wish we could escape our current timeline.” The same’s true of the Time Machinememe, which isn’t about differences between men and women, so much as our collective yearning to slip the surly bonds of the contemporary, and our shared inability to meaningfully connect with or learn from the past. Every modern character goes back, though they must know that doing so might well destroy the present and themselves; what’s most telling about this meme, however, is that for all its variations, nobody ever uses the Time Machine to go forward. No-one has any hopes for the future.

There’s a lot of scorn for scientific inquiry these days. When Elon Musk connected the mind of a pig named Gertrude to a computer, all the commentary I saw was complaining. But is it so bad to attempt such things?It’s like when Caligula wanted to make his horse consul of Rome;was that really such a terrible idea? Would the horse have performed worse than a person? When I look at the central panel of Bosch’s Garden of Earthly Delights(ca. 1500), in which it’s a sunny day and naked young people are frolicking together, flowers stuck up their asses, andgiant painted songbirds are allowing the young folk to ride them, and feeding them with berries as well, dropping berries right into their mouths,well that seems like a better way of life than any we’ve come up with yet.

This week I strolled past some designer clothes stores below Madison Square Park. In the window of one was a sign saying, “Look Ahead: Sharp looks for a new world.” A few doors down another store had the tagline, “The Future Won’t Make Itself: Discover two collections that give you the confidence to build it.” When did advertising become so boring? We could be more open-minded about how to build a new world; by reading animals’ minds perhaps, or giving horses some say in government, or making solar sails to drift across the cosmos, or looking into those parallel universes where time can flow backwards. One of the reasons why scientific progress has slowed to its timid, slothlike crawl, I think, is because we’re afraid of our powers and responsibilities, teetering here on the edge of alternative futures we’ve forgotten how to imagine.

This is more or less where I left off, before the pandemic arrived: on the Guggenheim’s spiralling walkway, among Rem Koolhaas’s Arcadian visions of the future of the countryside, during the spring migration. Now the Met has reopened, MoMA has reopened, galleries are reopening, and by this time next month, it will be time to go see some post-pandemic art and write about it, and by the month after that, there’ll have been an election.

DEAN KISSICK is Spike’s New York Editor. The Downward Spiral is published online every second Wednesday a month. Last time he wrote about The Decade Brain.

The Emperor Caligula Entertaining his Horse at Supper