The Downward Spiral: The World's a Stage 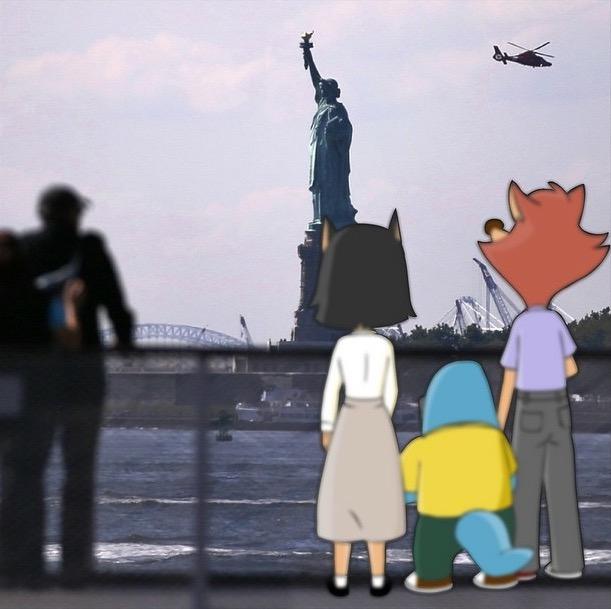 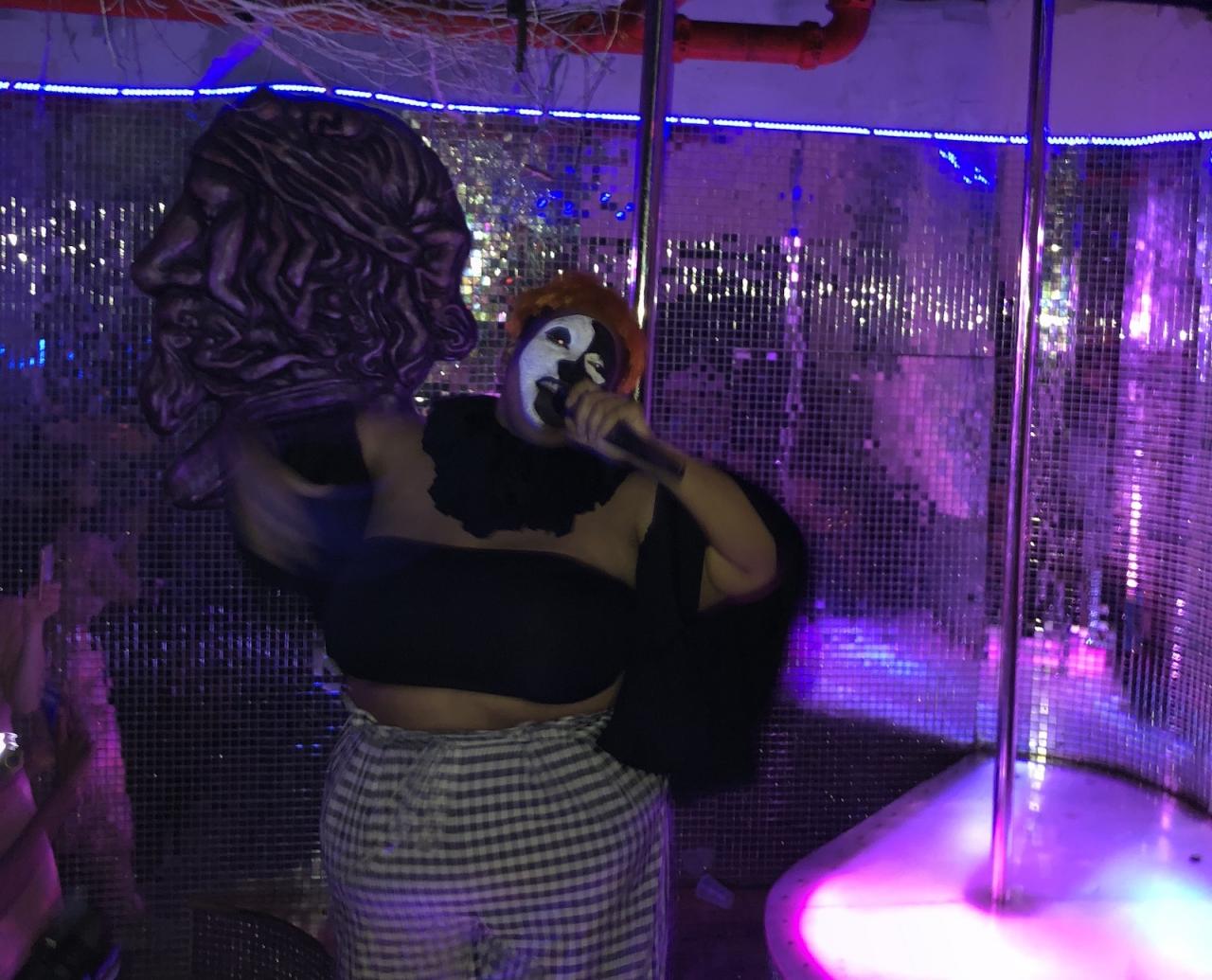 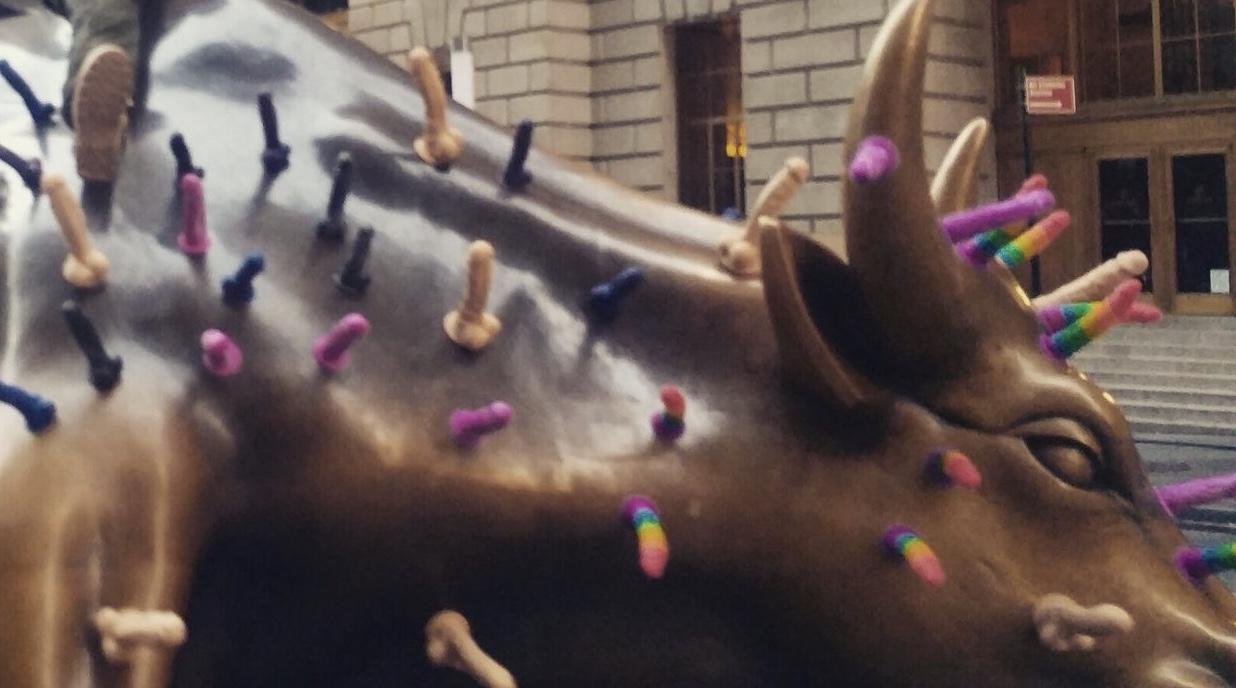 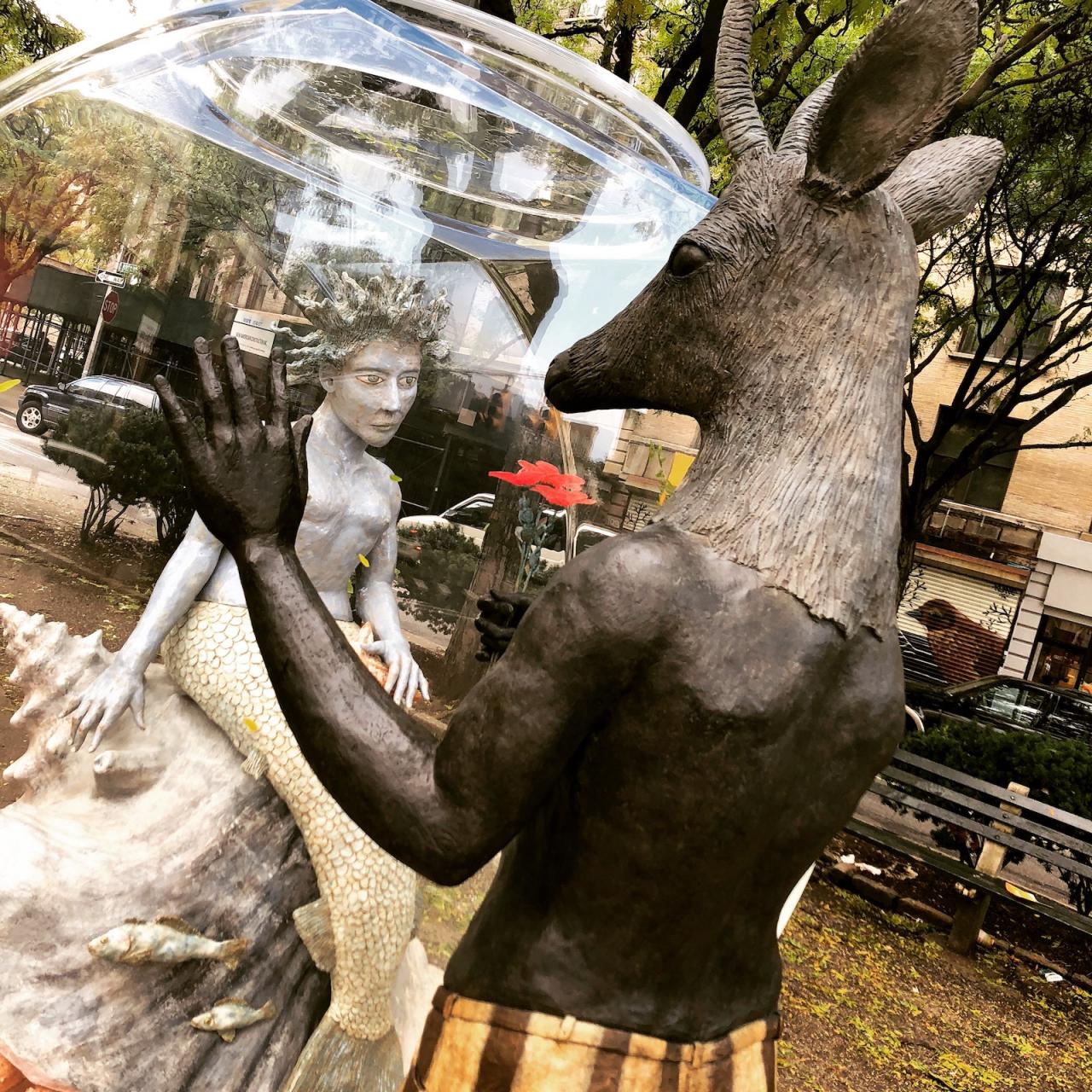 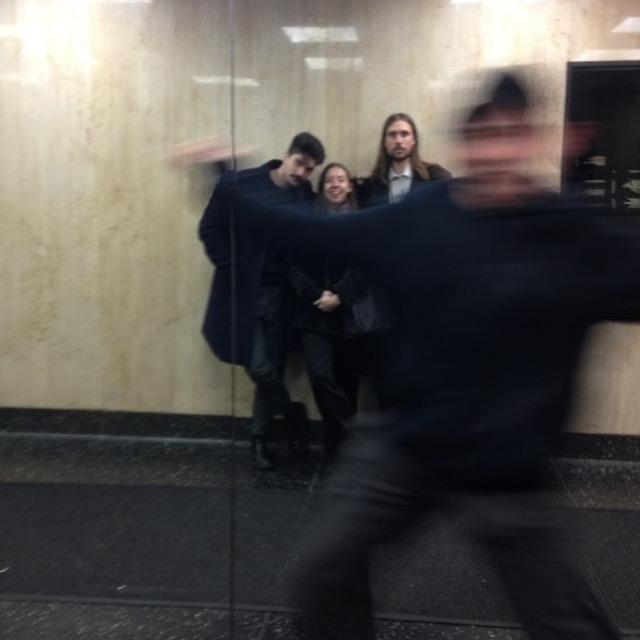 What has Dean learnt from the greatest city in the world?

The morning after the 2016 US presidential election, which fell, as usual, during New York’s fundraising gala season, Jordan Wolfson was obliged to host a studio visit for some patrons and collectors and other wealthy folk. He stood at the front of the room brandishing a Trump puppet and a Hillary puppet and shouted at everybody through the medium of the puppets (or so I’d like to imagine, I only heard about this) about how important it was to support young artists at times like these, and to encourage them to take risks and not allow them to be censored by anybody. He also mentioned how self-satisfied and out-of-touch people in our industry can be, and yes, so much of the money-driven world of contemporary art is just an absurd pantomime festivity; particularly here.

I went to my first ever gala for a New York arts organization this month. Towards the end of the dinner, a diverse cast of performers ran around the draped-white scaffolding encircling the room throwing large handfuls of orange and pink confetti printed with the names of friends of Christo, who was being honoured that evening, over us like ticker tape, and I was sat opposite the son of Germano Celant, who I watched as his father’s name rained and rained down on him from the rafters, filling his wine glass and sticking in his dessert and his date’s hair and sometimes falling in bomb paper clumps that exploded upon hitting us. Before this rather magical and nightmarish Oedipal scene however, somebody from the board got up and delivered a rambling speech about how, “There are no angry men here with gavels, rather we have artists whose weapons are drumsticks and their breaths, artists with curtains that give us their hearts,” and some words to the effect of: So give us some money. I suppose it’s all part of the game.

Now a couple more weeks have passed, the midterms are done, and the prevailing mood of gloaming despair amongst the American cultural elite has lifted momentarily, so this feels like a good time to write about this place where I’ve lived for just over a year.

New Yorkers have an enduring conviction that they can be whoever they want to be and construct their own reality howsoever they like, and as such I’m interested in the stories I hear about artists, but even more so in the stories they tell about themselves. What’s thrilling here are not the exhibitions, which nobody seems to find that interesting at the moment, but the artists and writers and mystery figures that one encounters at openings and parties, and the extraordinary levels of self-belief that so many have cultivated. Not everybody is mired in despair. I have a friend who lives upstate, where he paints and bides his time, and he promises me that the Hudson is his Rubicon and once he’s crossed it he’ll change everything. When we go to bars he’ll pour forth deranged personal aphorisms such as, “The only time anything good happens is when somebody oversteps their boundaries” and, “Respect is grabbing somebody by the face and giving them a near-death experience;” nobody ever says anything like that to me in Los Angeles or London. But this is a city where people like to fuck with you.

Another artist tells me that as a young woman she has opportunities here that she wouldn’t back home in Europe, because everything happens so much faster and on a grander scale. She believes she can succeed in art in every way; not that she has to choose her own path and follow it to the top, but that she can skip across all the paths and climb every mountain and succeed according to every standard imaginable. Again, nobody has ever said anything like this to me before; this sounds like something a Hapsburg emperor would have had inscribed on their medallions. There are so many paths for an artist to explore and so many alternatives to tired old bohemian nonconformism: another arrival from Europe tells me, “for years I tried to have a kind of Bataillean cynicism, a knowledge only for personal liberation … but then I realized that to be just extremely positive and happy is the most cynical thing one can do,” which struck me as the weirdest artistic strategy of all, but also as the most American in its essence.

A person can assume any position here as long as they’re willing to really commit to it. In the recent controversy surrounding Greenspon Gallery’s proposed exhibition of Darja Bajagić and Boyd Rice, the most widespread criticism of Amy Greenspon was not that she had agreed to show an artist known for his use of fascist imagery, but rather that she later reneged on this agreement in the face of private outcry and tried to abjure herself of responsibility, as if she didn’t know about the kinds of provocations that Rice made; she didn’t believe in her project enough to stand her ground, and crumbled under pressure in this city where people like to test you constantly, and that kind of cowardice will not stand. Nobody ever admits they’re wrong, and this makes for a refreshing change from London, where everybody’s always fucking apologising for everything; like making a cup of tea or walking past you in a corridor.

“New York,” a theologian informed me, “is social bondage, you’re clinging onto your friends in the most uncomfortable stress position.” Artists don’t talk about their practices, they talk about their careers, which makes for an environment that fosters intense jealousy and stress and alienation and anxiety but also leaves one with a feeling that anything is possible and your whole life could change forever in a moment if you could just convince a few select people to believe in you; at least that’s how I feel. Here’s what I’ve learnt from the glittering, beautiful, towering city on the island: you have to wake up every day and make the world believe in you. Like a friend wrote me this summer, “Contemporary art is our trap and we are trapping, Dean!”

The most talked-about story of the year, the story of Anna “Delvey”  and how she conned a portfolio of hotels, restaurants, banks and art world socialites out of hundreds of thousands of dollars, was at heart just an old hero-goes-West tale of an ambitious young person arriving in the Big Apple with a new name, suitcases of self-assurance, and a quest that others could believe in: financing a gigantic visual arts centre featuring pop-up fashion boutiques and a German bakery, which would, for the opening, be wrapped up in curtains by … Christo, of course. That’s all you need to make it here in New York City in the age of high art and cultural capital.

Not that everybody can succeed of course. Things won’t always work out. This month I was asked to write something about art for a prestigious New York magazine that I’ve never contributed to, so, inspired by this press release from the artist Tyler Dobson about closing down his gallery Real Fine Arts, moving back to Maine, and trying to build up some momentum around himself again, I asked if I could write about failure. “This story has it all,” I pitched: “Success! Michael Krebber! Artforum! Your friends becoming millionaires! Cocaine! 47 Canal! Your dreams falling apart! The cruel city!”

I’m waiting to hear back.

DEAN KISSICK is a writer based in New York and a contributing editor for Spike. A new installment of The Downward Spiral will be published online every second Wednesday a month. Last time he wrote about why beauty today wishes to float free of our bodies.

Artwork by Ed Fornieles showing Amalia, Dean and Ed passing through New York on their way to Los Angeles four years ago