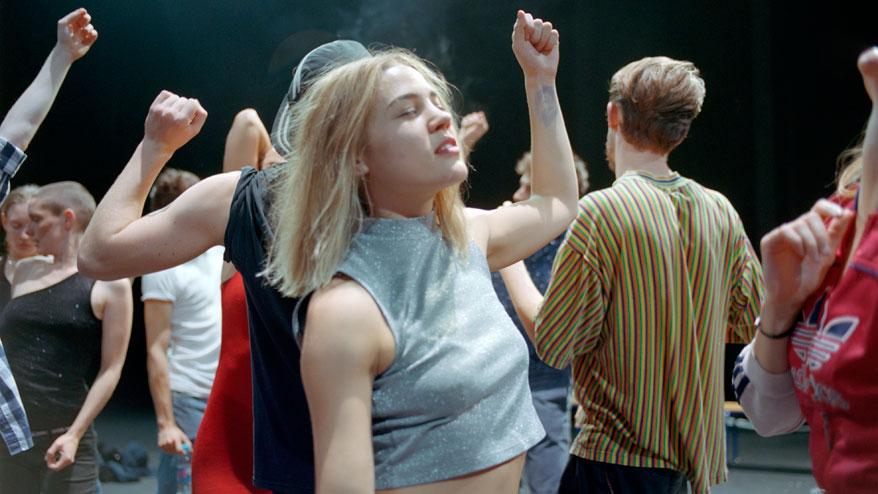 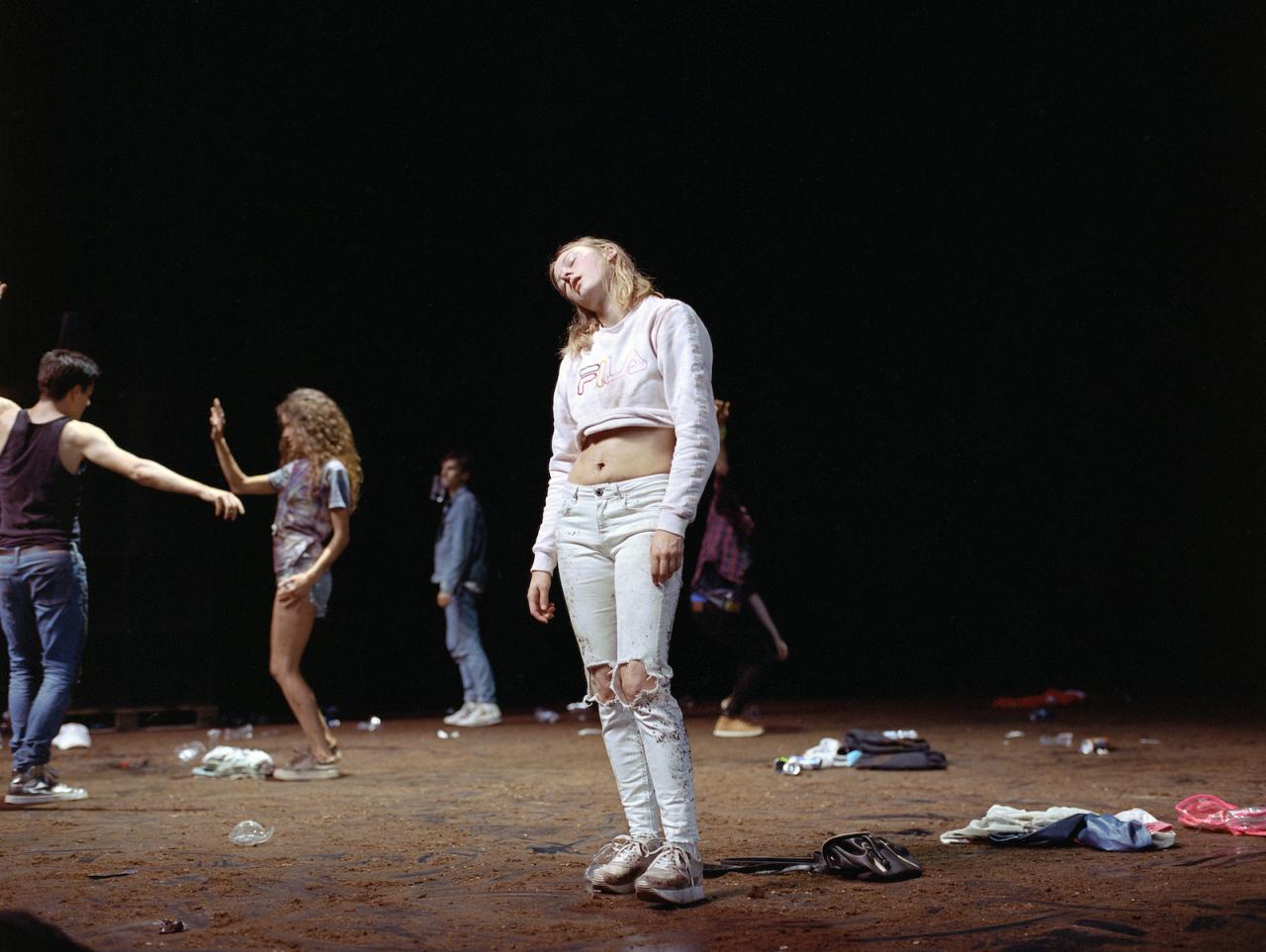 A cool night, the smell of damp earth, 15 young dancers. Joy and anticipation are palpable. When the techno beat begins, a complex web of emotions, longings and tensions develops in the microcosm of a dance-loving community. Intoxicating, threatening and liberating forces unite in the collective ritual of movement.

Gisèle Vienne, a Franco-Austrian director, choreographer and visual artist, meticulously explores the conflicts that flare up within a group of young people. Does violence also have positive potential? Can it be regarded as a constructive part of a society? 1990s Berlin – techno, punk and Love Parade – is as much an inspiration for Gisèle Vienne as contemporary club culture and archaic rituals. Carried by Peter Rehberg’s tracks selection , and in an electrifying synergy with light and movement, the magic of a rave unfolds. Oscillating between a daydream and a trance, Crowd makes our linear perception of time stand still.

GISÈLE VIENNE is a franco-austrian artist, choreographer and director. After graduating in Philosophy, she studied at the puppeteering school Ecole Supérieure Nationale des Arts de la Marionnette. She works regularly with, among others, the writers Dennis Cooper, the musicians Peter Rehberg and Stephen O'Malley, the light designer Patrick Riou and the actor Jonathan Capdevielle. Since the company was founded in 1999, 14 shows have been created.