Language Is My Craft

An interview with Deborah Hay, a founding member of the renowned Judson Dance Theater
by Astrid Kaminski 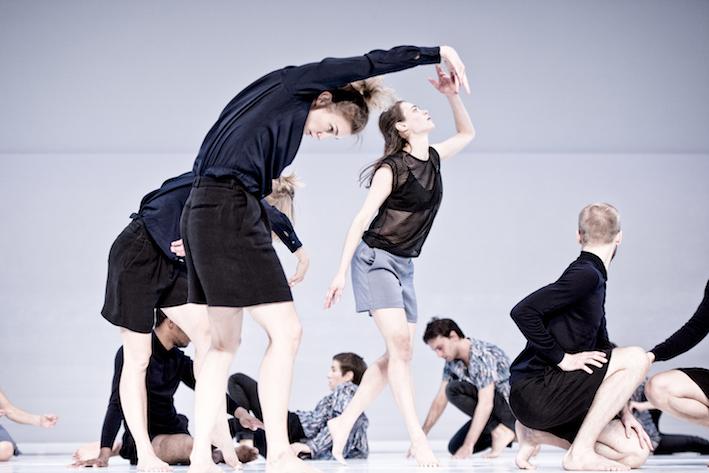 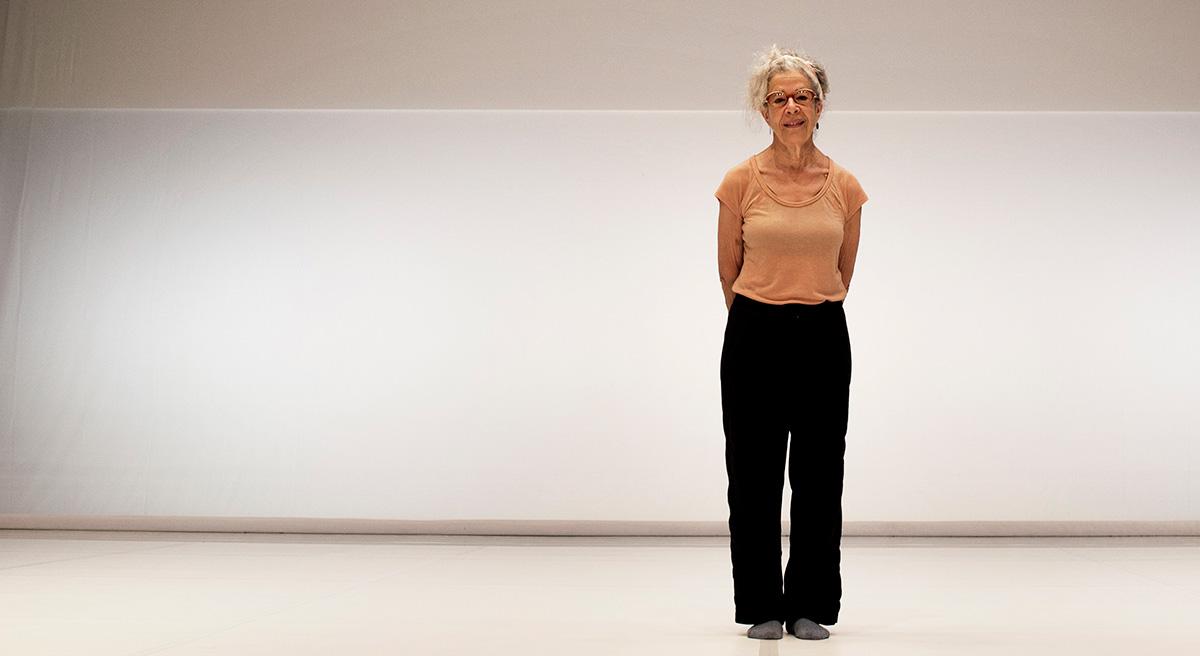 A founding member of the legendary Judson Dance Theater in 1960s New York, DEBORAH HAY moved to Vermont in 1970 and six years later to Austin, Texas, where she still lives. After many years of working mostly with untrained performers, a big change took place in 2002, when, aged 61, she started to work with professional dancers. Her scores are often framed as “what-if” questions that give the dancers room for movements that go beyond the habitual. Figure a Sea, a piece she made for the Swedish contemporary dance company Cullberg Ballet, with music by Laurie Anderson, is being shown on 30 and 31 August as part of Tanz im August in Berlin. The title of the work stands for the impossible task of focusing on one single point of the sea and as such for an exploration of the relationship between movement and perception. ASTRID KAMINSKI met Hay to talk about her development of a language-based choreography out of the heritage of postmodern dance that she helped create.

Astrid Kaminski: In your recent book Using the Sky – A Dance (2015), you write: “I came to appreciate the art of choreography pretty late in my career as a choreographer. It was in 2001.” Why so late?

Deborah Hay: I used to be interested in how performance created a universe, rather than in questions of artistry or composition. Now I’m suddenly interested in how to get from point A to point B – to see the C, D, E, F, G – in terms of choreography. Until then the whole thing was about how I perform and all my understanding had to do with my performing day after day after day till I found what the dance was. It was not compositional at all. And even today it still is a little bit true, because I write my scores after I’ve seen my performances.

You once said: “Planets are planets, dances are dances” – which seemed to me about the idea that dance is something that can’t fully be explored in terms of understanding. Using this comparison, can I ask you what is the furthest planet you’ve ever been on, and how did it feel?

What I meant is that dance is like a cosmology in itself; it has its own life. But what is the furthest I’ve travelled? Well, I don’t use images anymore in my dances but when I did I had an image of a fake American Indian ritual. I was not illustrating or representing it but moving and learning from my body what a fake American Indian ritual might be. At a certain point I’d played it out enough that there was nothing left. The fake ritual had been completely deleted. It was gone, along with the memory of it.

That reminds me of a Beckett quote you’ve often used in your work: “Strictly speaking I believe I have never been anywhere.” Have you also experienced the contrary: a moment of evidence that you can recall clearly?

Yes. Back in the 80s [for example in the piece Leaving the House], one of the images I was getting into was “still summer hill,” and my body could play this image out. The base of my work is the trillions of cells in my body. They played out “still summer hill”, and it is this feedback of bodily intelligence that I am devoted to. But I’m not interested in images anymore.

It has to do with the Beckett quote. “Still summer hill” is just not interesting anymore. Life is passing too fast. I’m more interested in being here and now, in how I am choosing to see.

But you use evocative questions, “what-if” questions, many of which start: “What if every cell in my body … ?” Aren't they something like the images?

If you try to perceive the questions through all your cells, then there is no time for images. Time is passing. [Silence. Laughs.]

The common element is your use of language.

It is crucial. This is my craft. My piece for the Cullberg Ballet is a choreography of language – not for the audience but for the dancers. I have choreographed the language that takes them from the beginning to the end through questions.

You are known for preferring silence to music in your performances, so I was surprised that Laurie Anderson contributed the music for Figure a sea.

It was very hard. At the beginning I did not know what to do with it. The genius in this story is the sound technician Martin Ekman. With Laurie’s permission he could do whatever he wanted with the eighteen samples that she made for the dance.

You are yourself a trained dancer, but you worked with untrained dancers for a long time. How did you find your way back to working with skilled dancers?

I was not getting back to it: I had never done it before – except in Judson times. I was touring with Merce Cunningham too, but I never enjoyed it.

It was not pleasant. It just didn’t interest me. I was not inspired. I was just reproducing things as best as I could. I love Cunningham’s work but not performing it. When I was working with untrained performers, I wished only to learn from them. I was interested in observing how their bodies reacted under strange circumstances. But then I saw [the Australian dancer/choreographer] Ros Warby performing her adaptation of my solo piece Fire [2000] and I could see a level of subtlety and clarity and humour all at once.

At the time I was going to quit dance and apply for a job at a stationery store in Austin. I sent a letter to some of my presenters saying that I couldn’t live this way anymore – reinventing how to survive every year. But there was one last thing I wanted to do: to make a piece for dancers as intelligent as Ros Warby. And then I made a quartet, The Match [2004], and my life changed. Suddenly presenters were interested in my choreography. They could see that I was not only making idiosyncratic solo work, but that it was translatable.

Are you saying that the postmodern idea of pedestrian, not pre-shaped movement, led to a dead end in your practice?

I would never call movement pedestrian. It is insulting in a way. I went as far as I could with performance as the basis of making dances. How could I get untrained dancers to perform? Over forty years I developed a language to support their visibility. This made me develop a language of performance and then, later, I got interested in choreography.

One of your questions reads: “What if every cell in your body has the potential to perceive the uniqueness and originality of all there is?” You also say that “unique” and “original” are the poetic counterparts of space and time. Elaborating on this, I would say that only the live arts can be unique and original.

If you are looking at a painting, and you as a perceiver are fulfilling the painting, you are having a live experience too.

But then why focus on the performer’s perception?

I feel like the “what-if” questions empower the dancer. A friend of mine who is a poet talks about “the deep ethics of optimism”. And that’s what I want to give to my dancers: an environment where you can practice the ethics of optimism.

The visual art world is engaging much more with live arts and the Blanton Museum of Art in Austin held a show about your work in 2014. Does the presentation of your work in another frame influence your perspective on it?

The staging, lighting, and design of Figure a sea are about the inverse of this issue. Instead of dance entering the gallery or the museum I wanted to bring a gallery space onto the stage. That’s how we can play with the different conventions. The white cube in the middle of the stage is surrounded by a black space, so it is up to the audience to decide where the choreography starts. The staging is an optical trick that uses the qualities of both the museum space and the theatre.

What do you want others to remember from working with you?

That there is no enacting of anything. That it is about an engagement in a real sense. Dance is how I practice relationship.

ASTRID KAMINSKI is a critic and writer based in Berlin.