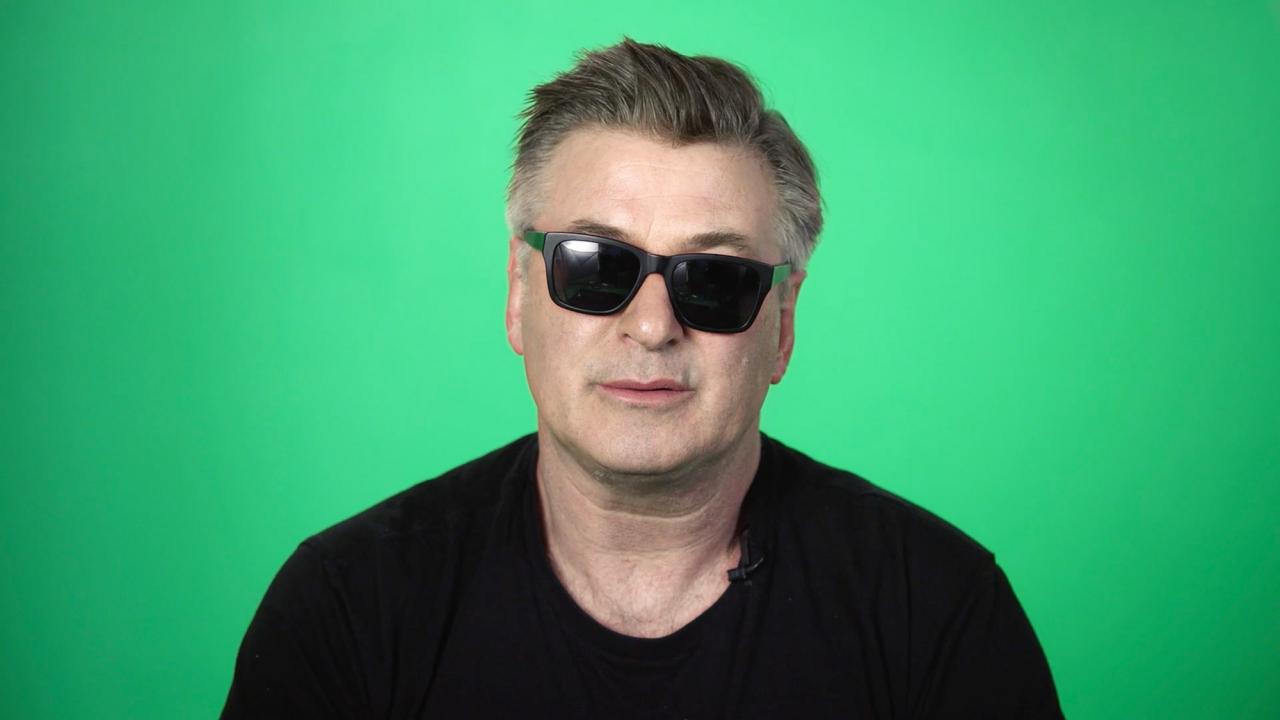 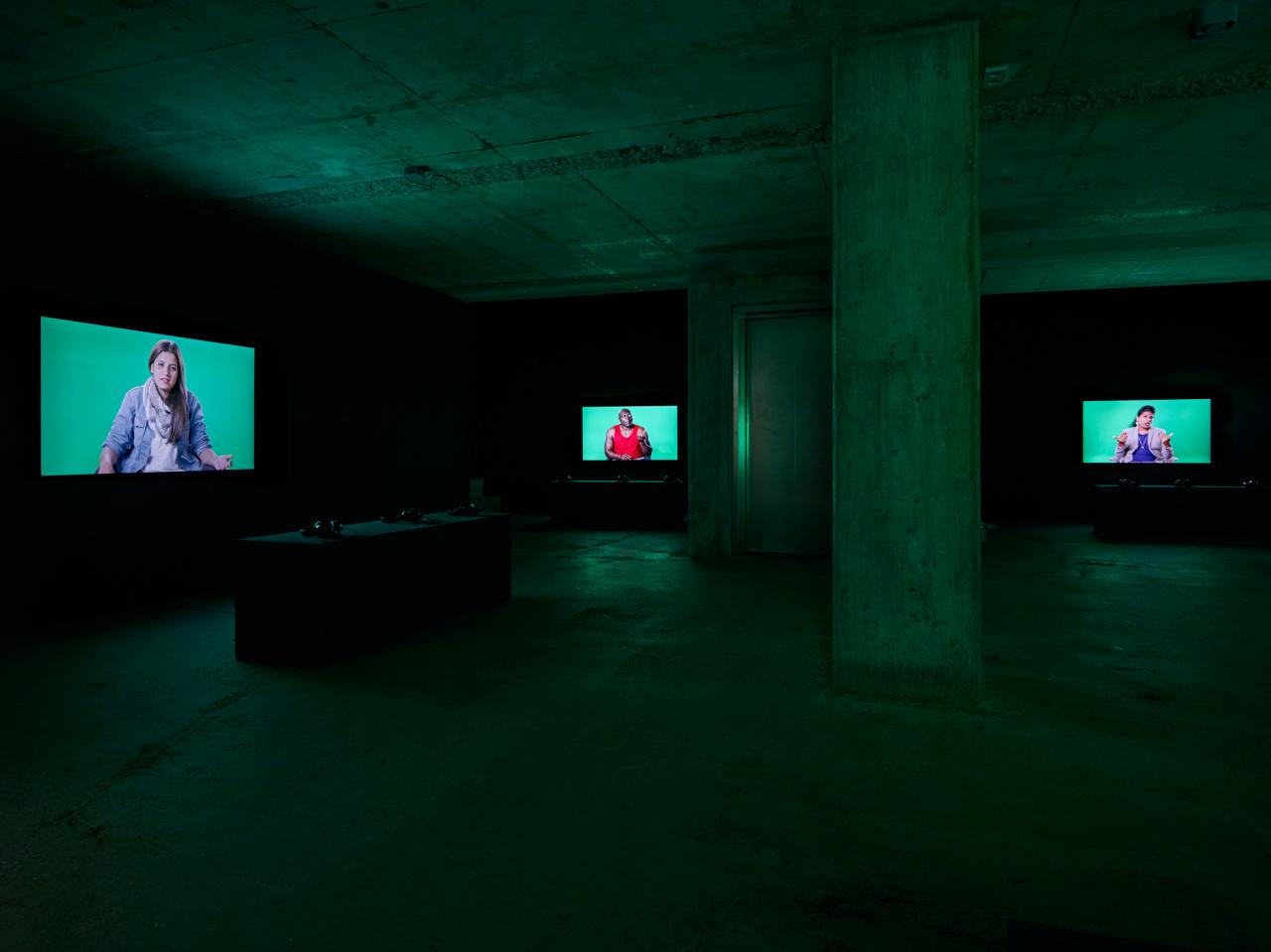 Academy Award winner Julianne Moore has played a ruthless rebel leader in The Hunger Games series (2012-14), a mother dealing with early-onset Alzheimer’s in Still Alice (2016) and a paranoid hypochondriac in Safe (1995). Her most recent role shows her, alongside Alec Baldwin, telling the stories of six refugees who fled their countries of birth under extreme duress. And if you’re questioning what right the redheaded, alabaster-skinned Moore has to depict the often-harrowing tales of these, predominantly Muslim, people of colour – you’re on the right path, because this is not a misguided Hollywood tearjerker but the premise of the 7-Channel video installation Love Story (2016), by the South African artist Candice Breitz.

Breitz has previously used famous actors to explore themes of identity, but in the wake of the numerous whitewashing scandals that have rocked Hollywood over the past few years, her exhibition at KOW feels timelier than ever. Spatially, it’s split into three parts: the first floor features the two-minute video Profile (2017), a first-person artist statement written by Breitz and read by a diverse group of performers, while the ground floor is taken over by a cinema-style installation of Moore and Baldwin acting out an edited version of the original interviews, which are shown in full on six screens in the basement. It’s tempting to read this layout as hierarchical: on the top the artist/orchestrator, followed by the actors and finally the refugees. This is seemingly reinforced by the interviewees themselves: ‘The media is only interested in famous people;’ says Baldwin in the place of former child solider José Maria João, ‘I don’t think all those nice people would come just to listen to my story”.

A common excuse for Hollywood white washing goes along these lines: in order for a film to be financed – and to ultimately fill cinemas – the main character has to be played by a well-known star and the biggest stars are white. Love Story works along a similar premise using the pull of fame to get people into the seats and to keep them there for the 73-minute duration. The question is: to what end?  Despite the realism of the performances (it is really quite remarkable how with a twist of her hair 56-year-old Moore embodies teenager Sarah Ezzat Mardini) Breitz choice to shoot the actors and interviewees in front of a green screen continuously thwarts the ability to suspend disbelief, as does the lack of costumes and put-on-accents, leaving the onus on the viewer to decide if we accept this version of events.

Another formal consideration, the quick edits between stories, makes it difficult to separate between individual characters. Ultimately, the quick shifting through perspectives creates the kind of humanist story of resilience, faith and bravery already favoured by Hollywood. It is only in the basement that it’s possible to see the multitude of identities that each individual holds: talented swimmer, protective sibling, Syrian citizen, proud Muslim and teenage girl. But the sheer length of the full testimony, which is over 20 hours long, predicates the need to craft digestible narratives, which brings us back to the opening query: who has the right to tell the stories of others? Breitz certainly doesn’t have the answers, but by facing the question head on she at least circumvents a now familiar pattern in Hollywood movies and exhibitions alike: action, outrage, apology (and repeat).