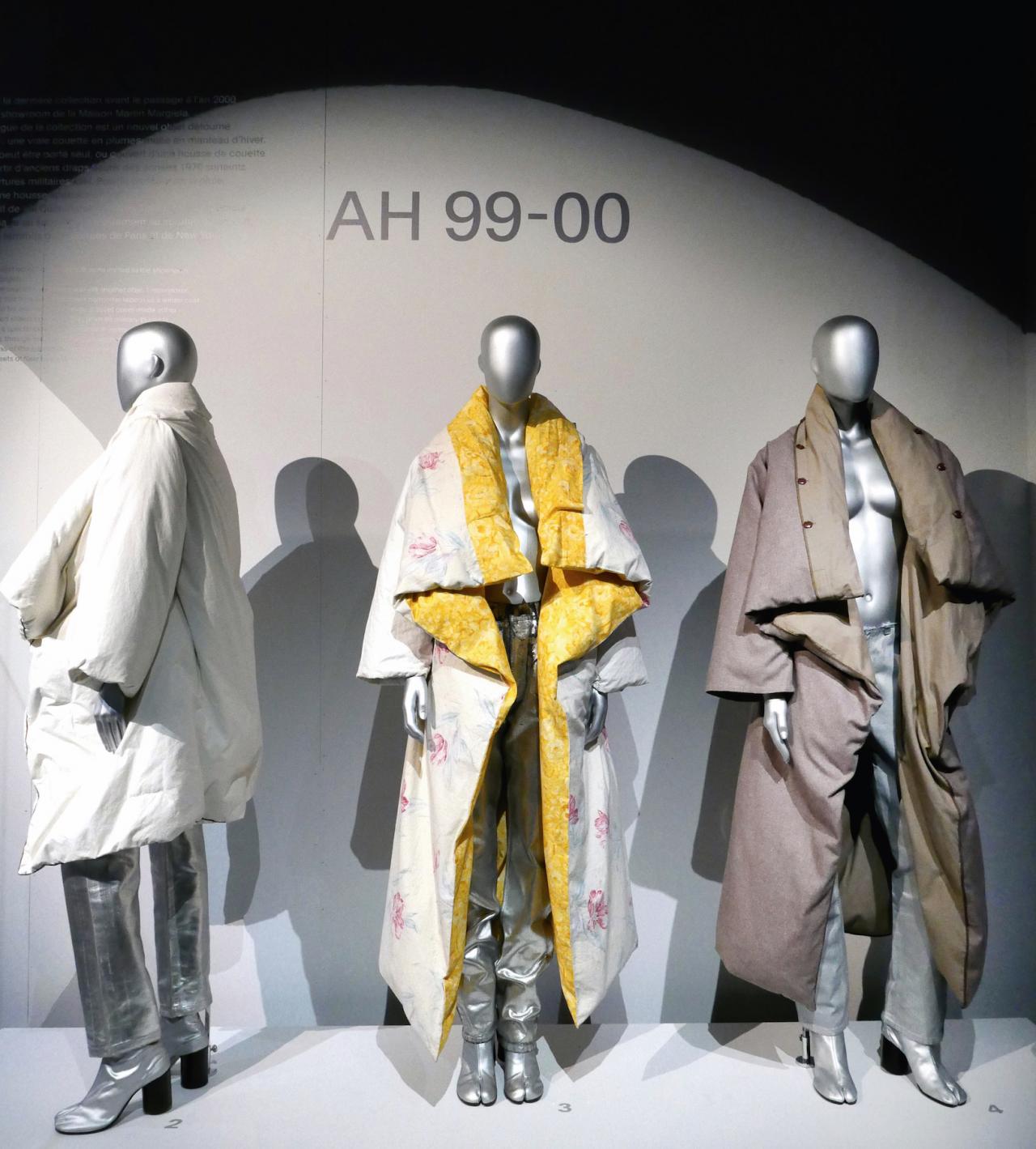 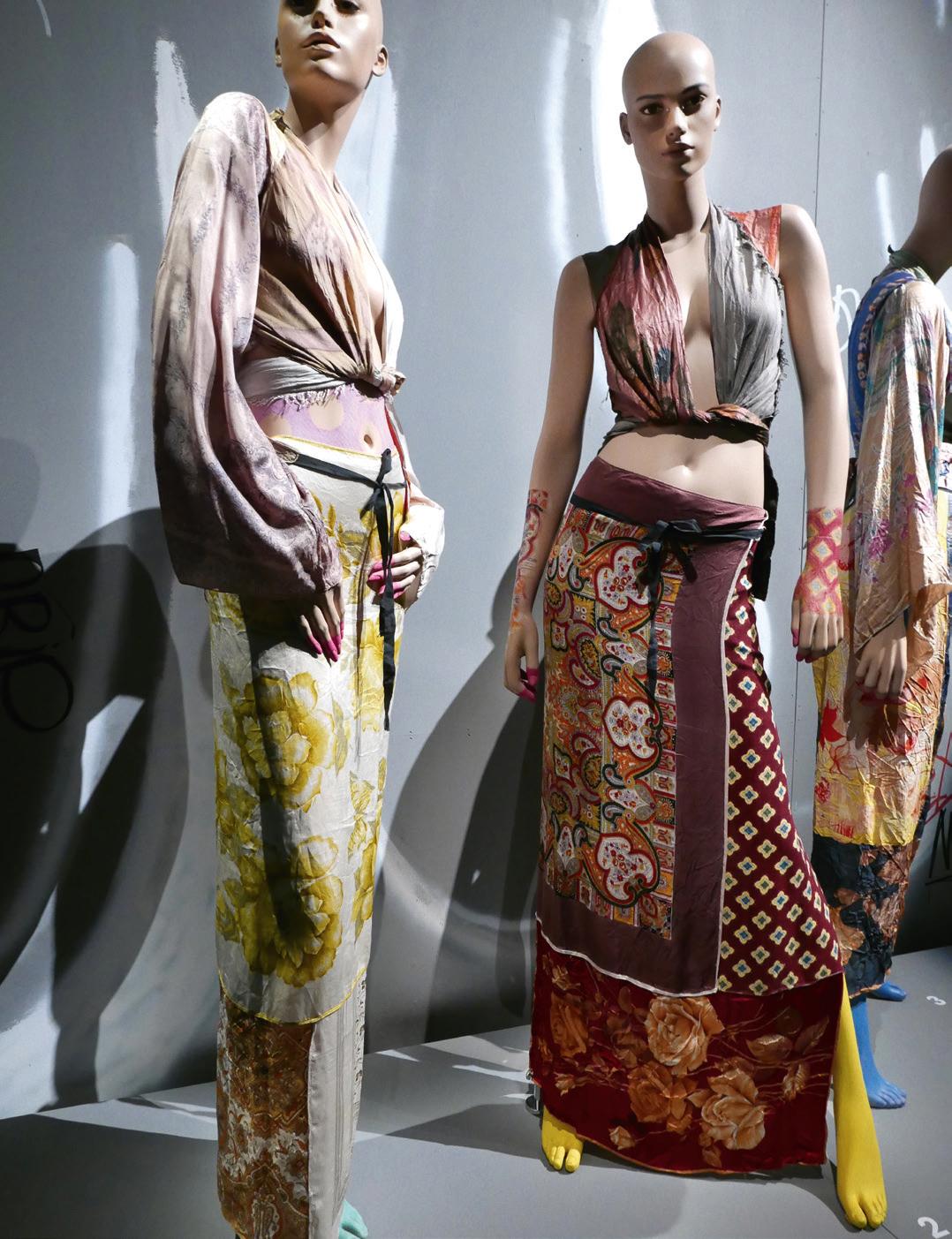 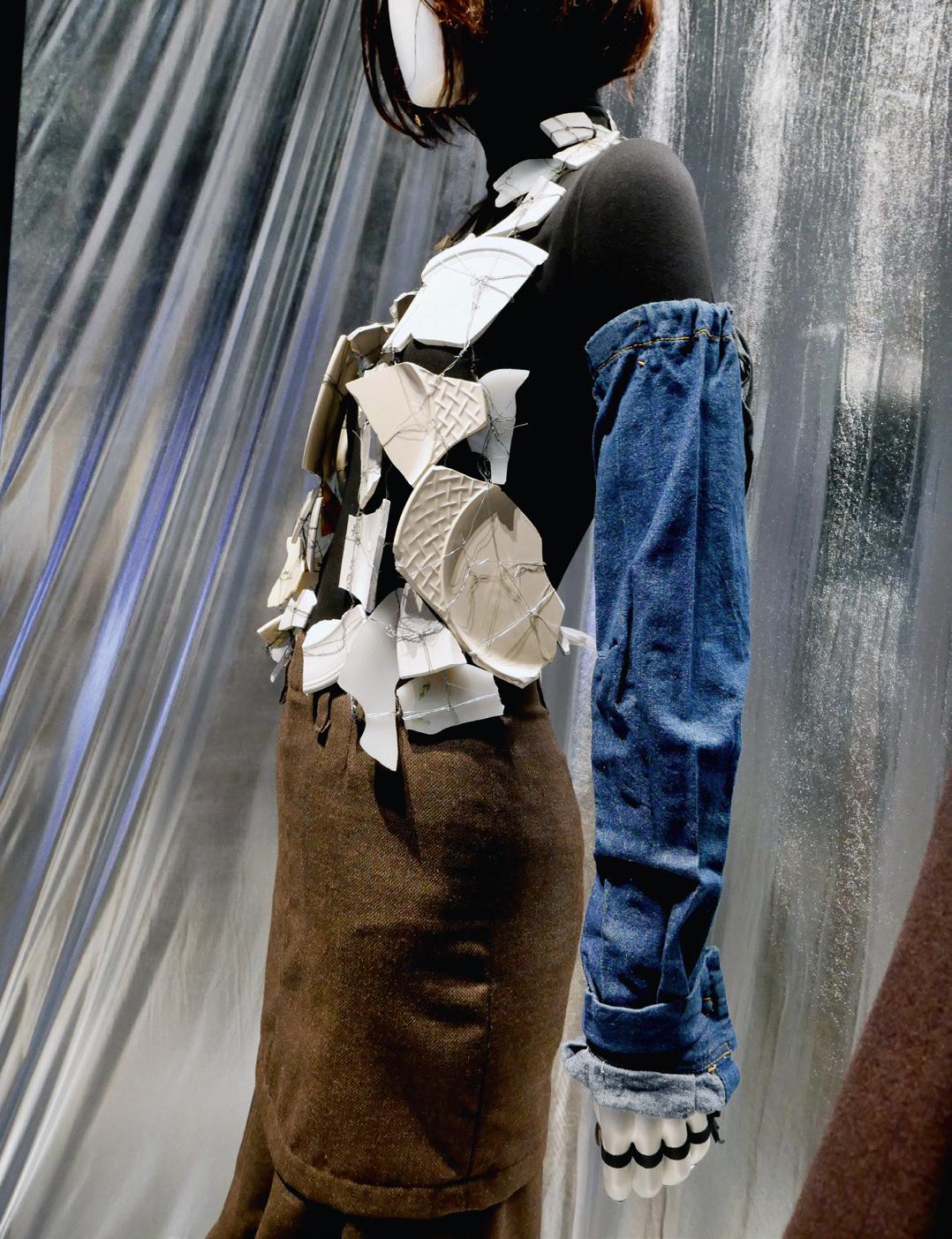 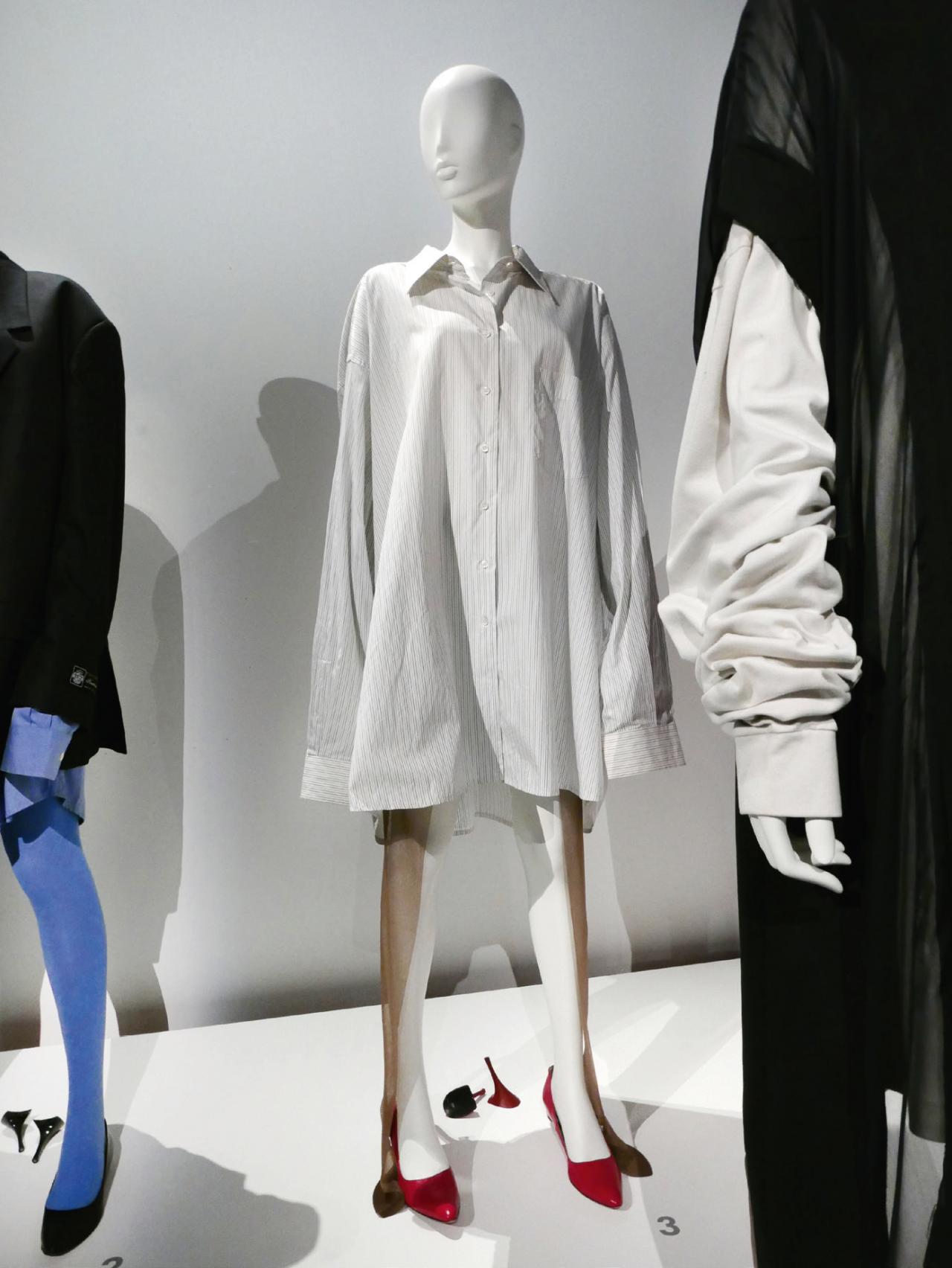 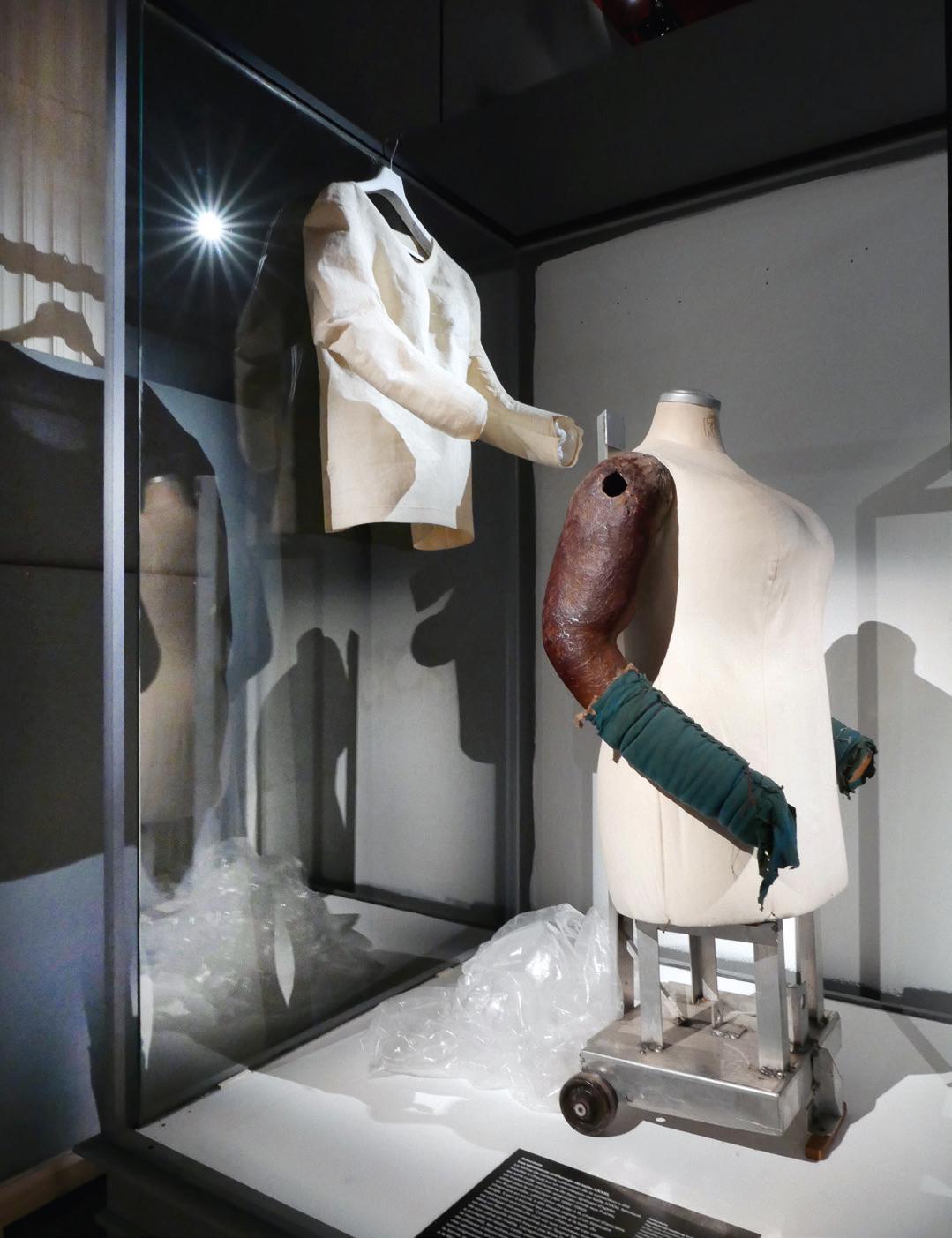 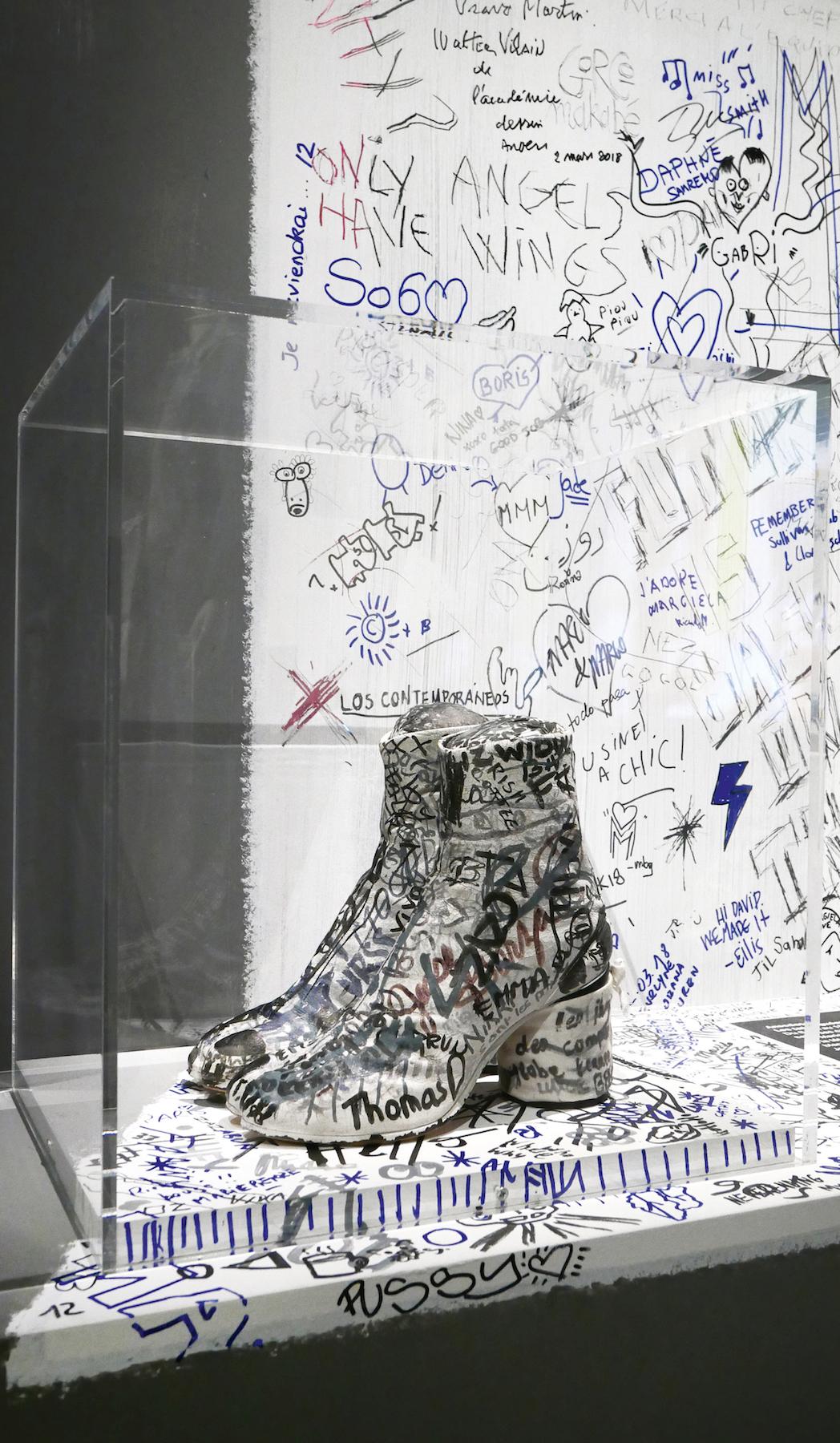 Marina Faust, an artist who collaborated as a photographer with Martin Margiela from 1990 to 2009, speaks with curator Alexandre Samson.

The exhibition “Margiela/Galliera, 1989–2009” covers the designer’s twenty-year career as a fashion designer. The artistic director of the show is no other than Martin Margiela himself. Together with curator Alexandre Samson he decided to make a chronological “parcours”. Ania Martchenko, who worked with Maison Martin Margiela for many years, did the scenography. Note for readers: “wasteland” refers to a fashion show done in the outskirts of Paris in 1989; “oversize” to Margiela’s collections from 2000 and 2001 in the non-existent clothing size of 78.

Marina Faust: Why is this exhibition happening now?

Alexandre Samson: In 2016, when Olivier Saillard was still the curator of the Palais Galliera, he said to me, “Do you want to do an exhibition about a contemporary designer?” I said, “Martin Margiela, of course”. Galliera is the first museum that has bought Margiela looks from as early as his second collection – we had more than 400 pieces. We postponed the exhibition to 2018, when we would have the chance to meet you, for instance, and other people who are very important for the project, and do it properly.

It has a chronology, which is actually really important, to make people understand what he did and when. Besides other considerations this exhibition serves, I find, as evidence of the gigantic influence Margiela had and has on the whole fashion industry, from the smallest to the most powerful brands.

I wanted to underline chronology and timing. For example the “wasteland” collection from 1989, which breaks brutally with the 80s, or his oversize collection, the first collection of the new millennium, are both very symbolic. For me, this exhibition was an itinerary, a trip into his mind, as a creator, as a designer of clothes, but also as a human. Margiela reacted to his own work. It becomes also clear how the collections are all linked with each other.

He worked in chronological order himself when he did STREET magazine, and this exhibition reminds me somehow of that, of the lay out of a book in three dimensions.

Yes, everything starts from the issues of STREET magazine that he did. Martin also took the time to explain all his collections to me, all his inspirations, all the clothes. He spent an incredible amount of his time sharing everything.

Despite being very withdrawn, Margiela decided to collaborate as the Artistic Director of this exhibition. Why is that?

At the very beginning it wasn’t the case, we didn’t know whether he would collaborate with us. I wanted him to be able to say yes or no. I was very surprised when he said, “Okay, I’ll do it.”

"Early on, it was very hard to be a Margiela girl. When he did the oversize collections, people doubted it, even the people who worked with him said, 'don’t do that.'"

Margiela was always extremely subversive. For me this is political engagement, which in fashion is quite rare. That’s how I got interested, because it sounded so underground, in that very conformist fashion world of the late 80s.

But also spontaneous, and that’s the key word for Martin, as I discovered working with him. In fashion today, people don’t dare to be themselves – to just have their own ideas and go through with them. What we want to underline with Martin, is that it is about ideas, always.

As you just said, young people today provoke maybe, but they don’t dare. Not the same thing. I wonder how they see this exhibition.

Me too. I’m a bit afraid that the young just see “the cool thing”, (a terrible word for me, “cool”). I want them to get the whole idea: spontaneity and choices.

Yes, and of sticking to a choice against the codes or imposed rules of society. The markets are also different today of course.

Yes, but now all the students want to be a part of that, because it’s all about money, and fame. Martin was part of the system but played with it. Daring to confront this system isn’t easy because it’s a huge machine, so it’s hard to say no. But I think they could be inspired by Martin’s career. Early on, it was very hard to be a Margiela girl. When he did the oversize collections, for example, people doubted it, even the people who worked with him said, “don’t do that.” And now, in 2018, it is everywhere! I want the public to get how difficult it was to make these choices.

People are not aware at all of the struggle. It’s this fine line of being in your time without submitting to it, going against it and composing with it, an incredible achievement. Actually, were you already born when Margiela had his first show?

Yes, I was born at the very same time he had his first collection – Spring/Summer 1989. I think it’s my duty as a curator for contemporary fashion, to express the creation of others and to explain to the public what it is to be a designer.

Ah, he is truly contemporary. For me, contemporary started with the designers in the 70s because they created the basis of current fashion.

Garments made of vintage scarves tied to the body, the motifs continue onto the skin in body paint, SS 1992