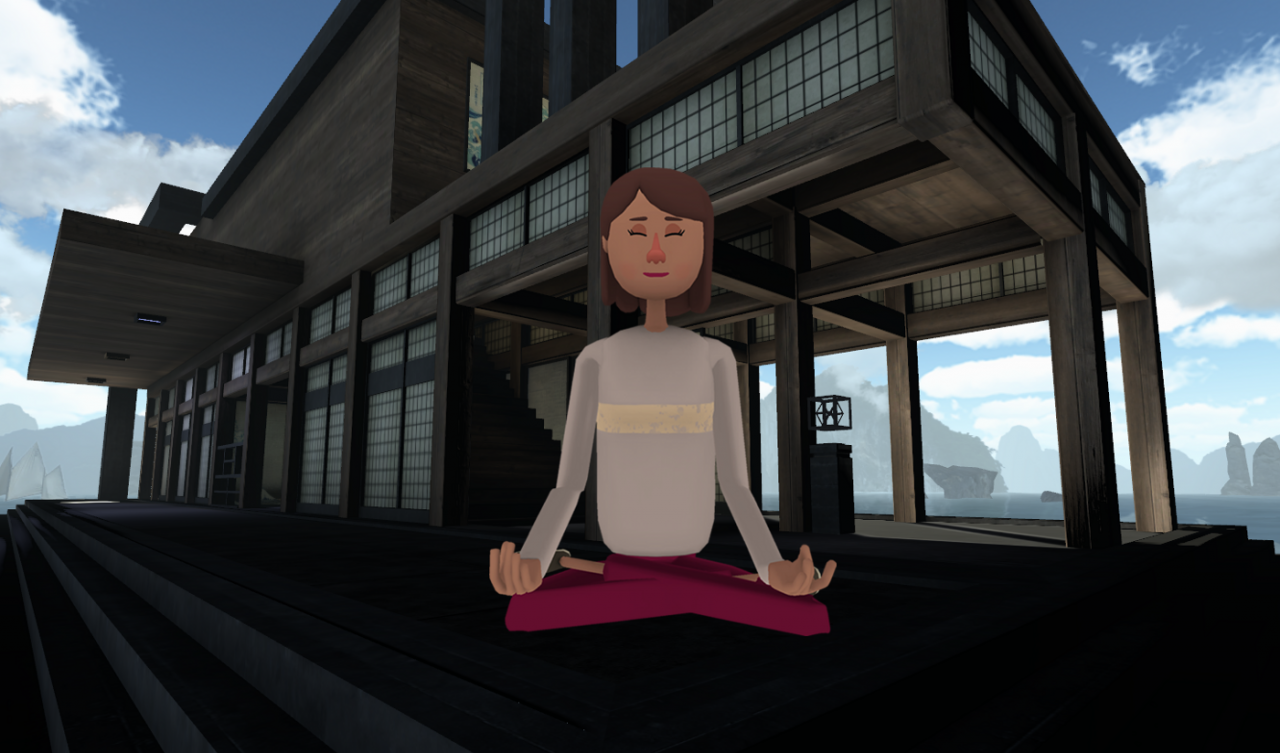 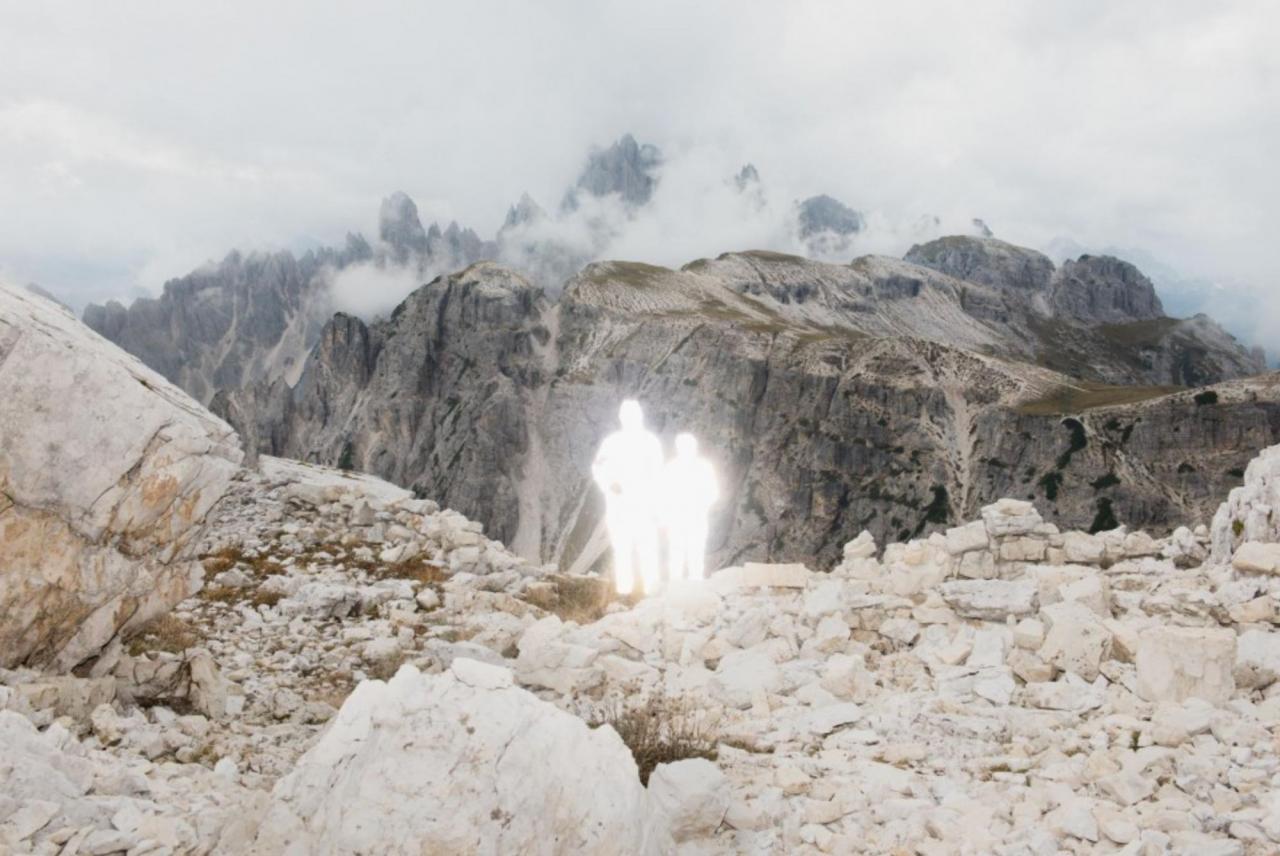 Gideon Jacobs shares an original meditative method of achieving salvation – transcending this physical form, with all its irksome ailments, plus the charlatans and metaverses that promise to cure them. All it takes is ten minutes, a big rock, and a strong stomach to embrace the mind as the most basic of virtual realities.

Enter the cave, the one just to the right of Plato’s, just to the left of Polyphemus’s. You’ll know you’re in the right place if you hear the basketball-sized molars of Homer’s cycloptic giant, son of Poseidon, crunching down on the bones of one of his unsuspecting neighbours, a freed prisoner who has seen The Matrix (1999) too many times and decided to wander up the path leading toward sunlight in search of truth and freedom only to have his femur snapped in half before losing consciousness. Don’t worry – Polyphemus won’t bother you. Your blood contains too many microplastics and psychopharmaceuticals for his palate. Yuk. But at least your femurs are safe.

Once your eyes adjust to the darkness of the cave, notice that there are four people who look extremely similar to you sitting on the floor in lotus position with closed eyes. In front of the group, this gang of doppelgangers, this brood of long-lost cousins, sits a man who is radiating peace at such a high vibrational frequency that you suddenly feel like you might laugh or cry or vomit or cum or do all of the above, all at once. Take a few deep breaths to steady yourself – don’t want to make a scene – then join your brethren on the cave floor, crossing your legs and closing your eyes.

Listen carefully as the Peaceful Man, without opening his mouth, without making a sound, explains that it’s really quite simple: your suffering, every salty tear you’ve ever shed, is a product of your seemingly inescapable subjective perspective, your inability to see the world as it really is, as God sees it. Listen closely as he calmly but boldly claims to have discovered a technique that allows mere mortals to catch a glimpse of objective reality, to bypass the filter of the neurotic mind and experience the inherent ephemerality, instability, and emptiness of matter first-hand, meaning you will no longer have to take Albert Einstein, Max Planck, Niels Bohr, Louis de Broglie, or Erwin Schrödinger’s word for it. Listen intently as he says, with the distinctly mischievous smile of a depressive who is no longer depressed, that there is, it turns out, a way out.

You’ve visited every doctor and guru under the sun, but no one has managed to cure what ails you.

Watch how your mind and body react to this, his too-good-to-be-true promise. You’ve been sold counterfeit silver bullets before, fired one at an attacking werewolf, hitting the beast straight in his third eye, only to watch it shake off the headshot like a bee sting. You’ve drank your fair share of snake oil too, trusting the salesman who kept using the word “panacea” over and over, as if he’d been told to squeeze the word into as many sentences as possible during his corporate training sessions at Snake Oil Inc. HQ. You’ve visited every doctor and guru under the sun, but no one has managed to cure what ails you. You’ve tried every method and elixir known to man, but nothing has eased the pain of being alive.

With an understandable and appropriate amount of scepticism, begin to follow the Peaceful Man’s instructions as he guides you and the others through a laughably uncomplicated breathing exercise. As you inhale and exhale, following your breath as it leaves and enters your nose, notice how difficult it is to stay focused, how quickly you drift into the realm of thought. The realm of thought is, after all, the most basic of virtual realities, the ancient analog version of the ontological space that Mark Zuckerberg hopes we will all soon be spending our waking hours in. So, try your best to stay here, with your breath, in this cave, with the Peaceful Man, and try not to think about stuff like, say, what Mark Zuckerberg’s genitals might look like or why Mark Zuckerberg never seems to blink or how the world Mark Zuckerberg is helping create makes sustained attention – the ability to look at something for a while with a quiet and stable mind – an impossibility. Try not to think about the fact that it is exactly this kind of attention that is the prerequisite for seeing the true nature of anything. Try not to think about the basic rules of perspective and relativity and observation that dictate a subject must be still, a constant, in order to comprehend an object in motion, a variable.

Now, continue to follow the Peaceful Man’s instructions as he guides you through a second laughably uncomplicated exercise, a scanning of the sensations of your body from the top of your head to the tips of your toes. Keep scanning – head to toe, toe to head, head to toe, toe to head – for a while, at least a few minutes, but ideally a few hours or days or weeks or months or years. Notice that, eventually, although your buttocks are getting a little sore on the hard cave floor, a very subtle wave of serenity is beginning to roll through. At first, this serenity will feel good, delicious even, but as it grows stronger, more acutely serene, don’t be surprised if it loses its value and is rendered neither good nor bad but neutral. Don’t be surprised if, suddenly, your body doesn’t feel much like your body at all.

Taste the bitter taste of fear moistening the back of your tongue, the fear of leaving this cave exactly the same person you were when you entered, a fate worse than death.

At this point, you can start celebrating victory. Silently exclaim, “It’s working! It’s working! It’s working!” Begin planning your wonderful new life, all the mountains you’re going to climb now that the shackles are off. And then, just when your serenity is reaching its ecstatic peak, remember that French cultural theorist Jean Baudrillard opened his seminal philosophical treatise Simulacra and Simulations (1981) by purposefully misattributing the following quote to the biblical book of Ecclesiastes (c. 450–200 BCE): “The simulacrum is never that which conceals the truth – it is the truth which conceals that there is none. The simulacrum is true.” Quickly, consider the possibility that you are, tragically, too late, that profound reality isn’t accessible to a modern person like you, that the Peaceful Man might be a charlatan, Mark Zuckerberg in disguise.

Feel all that good serenity begin to fade and your body begin to become your body again. Turns out your ass actually really, really hurts. Watch thoughts, all kinds of awful thoughts, begin to enter your mind at an increasingly rapid clip, like Tetris pieces in the late stages of a game you’re about to lose. Taste the bitter taste of fear moistening the back of your tongue, the fear of leaving this cave exactly the same person you were when you entered, a fate worse than death. Notice that you’re crying like a baby.

Mutter “fuck this” under your breath. Get up. Untangle your lotus position and wait for your numb legs to regain feeling and dexterity. Grab one of the large rocks from the corner of the cave, and turn around, facing the four placid people sitting on the floor with eyes closed, serenely scanning their bodies for sensations. And now, one by one, smash their skulls in. Crack those suckers wide open. If the rock you chose is the right size, and you begin with it high above your head, bringing it down swiftly with both hands, a single blow should do the trick. But, if by chance any of them require a second blow, feel free to administer it.

With that messy business taken care of, turn to the Peaceful Man, still sitting there peacefully, as blood begins to pool on the cave floor in the area of his four unconscious acolytes. Walk up to him very slowly, careful not to disturb his peace. When you’re inches away from him, close enough to smell his body odour, which immediately has a Proustian effect of transporting you to a childhood afternoon at the Coney Island Aquarium, whisper “cogito ergo sum” into his ear. Then strike him with all the force you can muster. Strike him over and over and over again until there’s nothing but a chunky stew where his head used to be. Once you catch your breath, move his limp body out of the way and take a seat in his spot. Declare to no one in particular, “I’m the Peaceful Man now!” And wait.

GIDEON JACOBS is a writer who has contributed to The New Yorker, The Paris Review, The New York Times, Artforum, Bomb Magazine, Playboy, and others. He is currently working on a collection of short fiction.