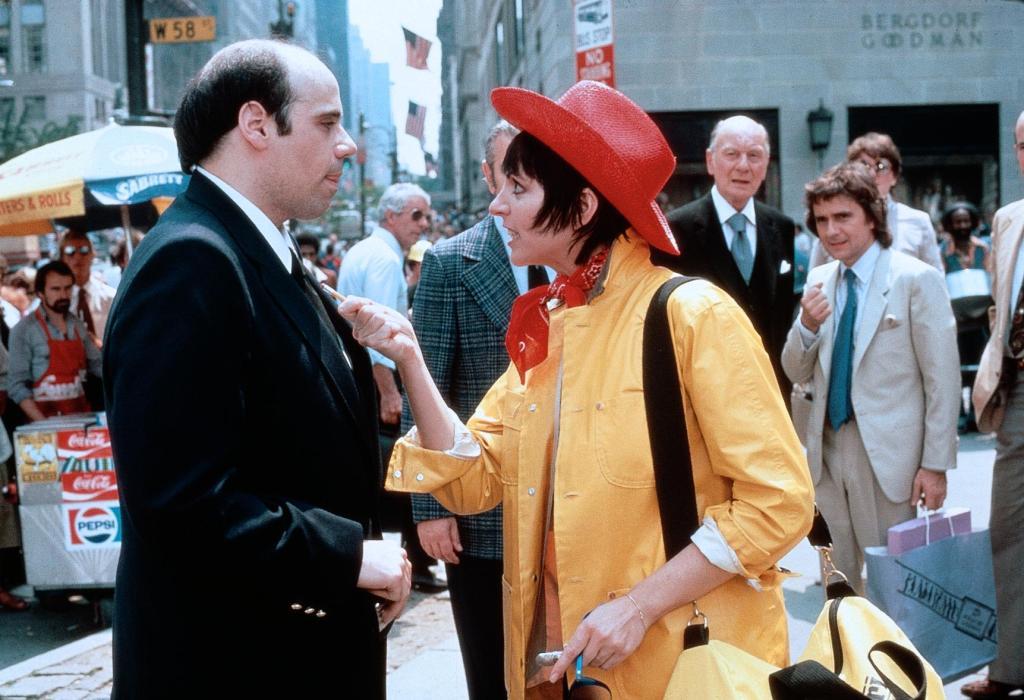 For the summer of 2017 Spike invited Natasha Stagg to do the same: one text a week, of any length, on whatever she likes. One summer long. This is her third report:

I’m sitting in a coffee shop typing this, which is something I never do. I have not brought my laptop to a coffee shop in…maybe my entire life. I didn’t have a computer in college, and if I went anywhere with my grad school computer, it was the diner I went to every day or the Laundromat. That was before one laptop was stolen out of the trunk of my car in Tucson. Another was stolen out of my house, also in Tucson. My first iPhone was stolen out of my hand in L.A. Now that I’m thinking about it, I have no idea how I could afford any of those things. I remember feeling truly heartbroken each time I had to buy a new one. I hope that there are still computer labs on college campuses.

The fantasy of being a “writer in New York” is less attainable than ever. I just read a listicle someone sent me about “what to do after magazine life.” I’m always in one conversation or another about how “the industry” (each one) has changed. I was in a meeting with another ex-editor at a magazine yesterday, and she said that if she were offered the perfect job at another magazine… and there was that far-off look I keep seeing. Maybe that’s why I keep saying yes to every assignment, even though I have a salaried position somewhere I like. I just came from a lunch meeting with a magazine editor on the Upper East Side and just before I left my apartment for the hour-long train ride, I decided that I should find a reason to stay uptown once I got here. So I brought my laptop. Writing at a coffee shop! I never even did this during fashion week.

It’s quiet up here. The sidewalks are wider. On most buildings, as Marge Simpson once pointed out about a fancier house than her own, the street address is spelled out in cursive. My point of reference for this enclave is The Real Housewives of New York City, which I watched last night. I’d heard that this season would be especially boring, but it’s possibly my favorite yet. One housewife married a notorious cheater for money and has tried tirelessly to create a storyline about finally falling in love. One is trying to move back into the UES because she’s totally lost downtown. One’s new tagline is “There’s nothing grey about my gardens.” Most will admit to taking prescription medication that affects mood and memory and that they “love a glass of red wine with dinner.” The two vying for protagonist position are accusing each other of having failing businesses (which are their personal brands, at this point). The only newcomer is Tinsley Mortimer, who was basically the inspiration for all of these shows, and Gossip Girl.

I gave a popular podcast about the Real Housewives franchises a chance, but it misses the point for me. In fact, it depresses me to listen to fans discuss these TV shows so earnestly, mentioning who they “like” and “stopped liking.” They’re not addressing the surreality of these historically wealthy areas that are mostly now in decline, their outdated sets of rules – and where middle-aged women who were once trophy wives fit into this bubble.

Walking here, I watched an older woman walk into the Carlyle, the older doorman making light conversation as he push-started the revolving door’s cycle for her. Another woman, in a pink shirtdress and espadrilles, hobbled across Lexington as if much older than she looked. Spotting a friend, she waved both arms in the air, laughing. Everyone is tan and wearing a blonde blowout but I don’t feel intimidated by them because they all, even the teenagers, look scared.

The blonde, tan woman in a pink polo shirt, pink eye shadow, black eyeliner, and a pink gel manicure sitting next to me just opened the door for an old man who simply yelled, “What?” at her. She’s loudly gossiping about some big business deals with a younger man sitting across from her. It sounds like his wife works at Amazon. I’ve been thinking about moving up here because it’s actually cheaper than a lot of Brooklyn now. I want to be near Central Park – why not? I don’t really care about parks but I do like that one. I’d miss Bed-Stuy a lot, but I feel plenty of white guilt walking around in my neighborhood. I’m clearly a gentrifier, living with four creative-class roommates. Here in the UES, I could be mistaken for some rich person’s adult daughter who has yet to move out. As my friend John Ganz, a painter who grew up here, jokes, he’s been displaced from his neighborhood to Brooklyn.

Nothing here is experimental, except, presumably, the art in all these galleries and museums. One can find a classic wedge salad and a dirty gin martini on every block. People wearing big diamonds and Gucci sunglasses will order a Lipton tea and a plate of mealy sliced tomatoes for lunch. All the dogs could be in a 1950s painting. I can almost understand why people want to preserve all these old diners and delis and hotel bars that once banked on being kept secrets. I would understand a little better if that wedge salad wasn’t $26.

I like to think that I’m not so much interested in the character of a Manhattan neighborhood as I’m interested in the people who seem to know all about this stuff. People who are old or who like to talk like they are old. Usually they’re awful to talk to and great to eavesdrop on. As the lines become more and more arbitrary, there are types – writers, most of them – who cling to them. It’s part of the fantasy. Like how no “New York” food is actually good, but people will obsess over the perfect bagel. The man and woman next to me are discussing a book about law school called Getting to Maybe. I can tell she doesn’t want this conversation to end, but she doesn’t care about the answers to her own questions. He’s just starting law school, and she graduated in 1999. She’s talking faster and faster: “You’d be proud of me, I took the subway the other day.” I don’t know why she’s not talking about being a lawyer, just her memories of law school, the smell of a new notebook. I’m distracted by something else and then I catch, “Like I just go to Doctor Herbert for fun? Like I don’t have anything else going on—well, I don’t have anything else going on.”

Last weekend, I went to John’s birthday party, at a karaoke bar in Brooklyn. Tonight, I’ll go to a karaoke party with the staff of the Paris Review in Korea Town. When I was in Berlin, I went to a house party that had a rented karaoke machine. My new go-to is Christopher Cross’s Oscar-winning song “Arthur’s Theme,” from the 1981 ode to New York City, Arthur. If you haven’t seen the film, it’s about an alcoholic heir (Dudley Moore) whose fortune might be cut off if he doesn’t marry another aristocrat’s daughter—which he’s willing to do, until he falls in love with a poor hustler from Queens, played by Liza Minnelli. I’ve seen this movie many times, but I didn’t know until I looked it up just now for fact checking that it was the first and only film directed by Steve Gordon, who died at 44. That means he didn’t direct the sequel, Arthur 2: On the Rocks. I’ve never seen the remake that stars Russell Brand and Greta Gerwig and really have no desire to. Anyway, “Arthur’s Theme” was really a hit at the house party, since no one really recognized it, but it sounded familiar. That’s the sweet spot, by the way.

NATASHA STAGG is a writer based in New York. Her first novel Surveys was published with Semiotext(e) in 2016. A new installment of Out of State will be published online every Friday for ten weeks. Last week she talked about Lucinda Chambers, the former fashion director British Vogue; working in the fashion-magazine world and loneliness on Independence Day.