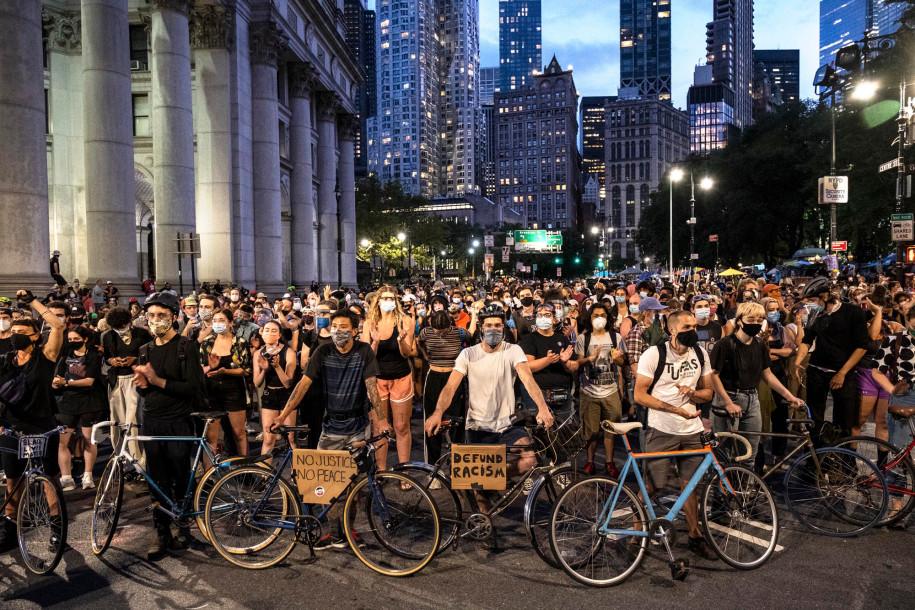 I deleted my Instagram account. Excitedly, I told the people I ran into these past few days, not realising it might have the same grating effect as a sober person bragging to a lush about their lifestyle. “We’re still in prison,” said Jeanette. “Were you having mental health issues?”, asked Sarah.

As a kid, I was a rule-follower, no matter what the rule, my parents being classically rebellious. I remember my father’s rage towards a cop who gave him a jaywalking ticket: something to the effect of, “This is not what America should look like, cops telling us how to behave instead of helping us with our problems”. At the time, I didn’t understand his logic, wondering why anyone would question authority when the intentions felt so clear.

Today, my run-ins with cops make up a short list. I was put in handcuffs for shoplifting some toiletries from a Safeway at sixteen, asked to leave the grassy expanse on my suburban block since I was not holding an ID card at seventeen, ticketed for holding a fifth of gin in my back yard at twenty, held at gunpoint on the ground for sneaking into a construction site the same year, and pulled over a few times for driving offences.

My calls to the police make up an even shorter list. I was told to take it up with my landlord when I caught a peeping tom. A couple of cops advised calling all the pawn shops in town when my laptop was stolen from my house. When I was mugged, the cops said that there was nothing anyone could do if my phone was turned off. There is beautiful simplicity to petty crime.

If there is nothing a cop can do about a pervert, a break-in, or a stolen purse, why pretend that there is?

A few weeks ago, I went to a protest and one of the people who was on a megaphone ended up being identified as a counterinsurgent. So, instead of working towards abolishing the police, I was chanting along with some male model who was negotiating with the NYPD.

On social media, someone taking credit for said negotiating explained that the aim of these marches is a peaceful understanding between cops and pedestrians. That’s not it, though. And this is my problem, because I thought: it’s always like this.

For about a week, we were threatened with an eight o’clock curfew here. No cars besides police vehicles and buses were allowed below 96thstreet. The chants turned into “fuck your curfew”, in recognition of an obvious plot to define protestors as resisters, breaking a new law.

During that week, the negotiations let protests go on for longer than the curfew so that everyone had better optics: the cops appeared more peaceful than they are; the protestors appeared valiant in the face of them. But at the end of the extra two hours of marching, the cops started arresting people anyway, more tired than they would have been had they been arrested at eight.

Someone running for Congress even turned Black Lives Matter marches into their personal campaign rallies, it appeared. Looking into this person’s platforms before I voted, I noticed an endorsement from the Guardian Angels, a vintage vigilante group that roams the streets and subways wearing red sateen jackets and berets.

Just a week earlier, I happened to meet a reporter covering the protests, who told me he had audio of the head Guardian Angel on defending a McDonald’s from looters. His first job was at McDonald’s, he said, and he was “loyal to the golden arches”.

New York is in phase two of reopening businesses, which means restaurants are going from takeout to sidewalk dining, and clothing stores are letting customers in. On the news, I hear that the number of daily new coronavirus cases in the United States has not even peaked yet.

Each phase of reopening makes the city feel more like Europe, as if we’re following their lead in all things now. We’re drinking in public, eating on tiny tables outside, and, coincidentally, riding the new share app Vespas.

A tourist in my own city again, I walk through boarded up retail neighbourhoods to the occupied City Hall, feeling equal parts cynicism and optimism after surveying muddy patches that might one day grow something, medics sprinting from every direction when the crowd echoed an emergency, and a gourmet buffet of donated meals.

What I’m getting at is:

I’m sceptical of joining something so flash mob style, so all-in-this-together, unfortunately. I felt, even at City Hall, staring at a man wearing an inflated Tyvek suit, that there will always be too many people who try to make a moment about themselves.

I don’t think that the Capitol Hill Autonomous Zone, or that hotel that allowed homeless people to stay in evacuated rooms, or the marches, every day, all over the world, are ineffective, but it’s clear that the individual, targeted destruction of effigies like slaveowner statues, corporate headquarters, and banks have already done more.

I run into Jesse, who brings up Christiania in Copenhagen, which was on my mind as well. It is something like the longest-running autonomous zone in the world. It’s pretty overgrown or even dilapidated and people go there to buy drugs I guess, but it’s also beautiful, has good restaurants, and doesn’t feel dangerous, at least not from our limited experiences. It’s a counterbalance to an almost sterile, uber-taxed outer layer that is pretty in very different ways.

I bring up this dichotomy to my therapist, who says: Maybe it’s about having that choice, between a kind of chaos and a kind of control. Ideally, each would gain autonomy and inertia instead of only existing in reaction to the other. I can’t tell which is which anymore, in this example, if it is duly describing the American government and activist organizers. Or is it meant to mean the pressure to speak up and the platforms on which to speak? Flooding feeds with Black Experience curriculums, ideas are drowned out by the very waves they ride in on, which is maybe the idea: too much and never enough. I can’t win and shouldn’t want to. Instagram is not an autonomous zone, but rather a nearly outdated promotional tool, an effigy to be graffitied.

A new instalment of Out of State will be published online every Thursday for ten weeks. Last week, she wrote about branding, policing, and the endless stream of images that fill our screens and our squares (the big ones).