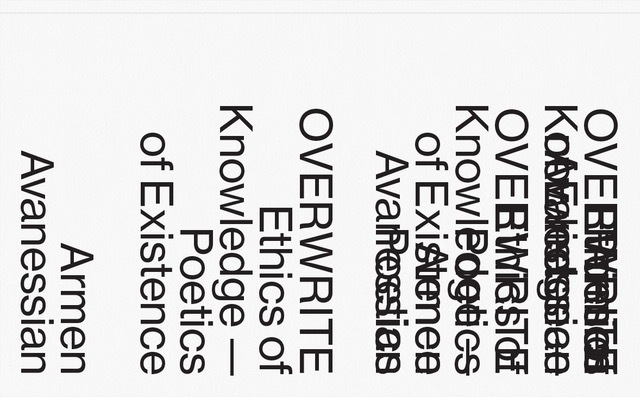 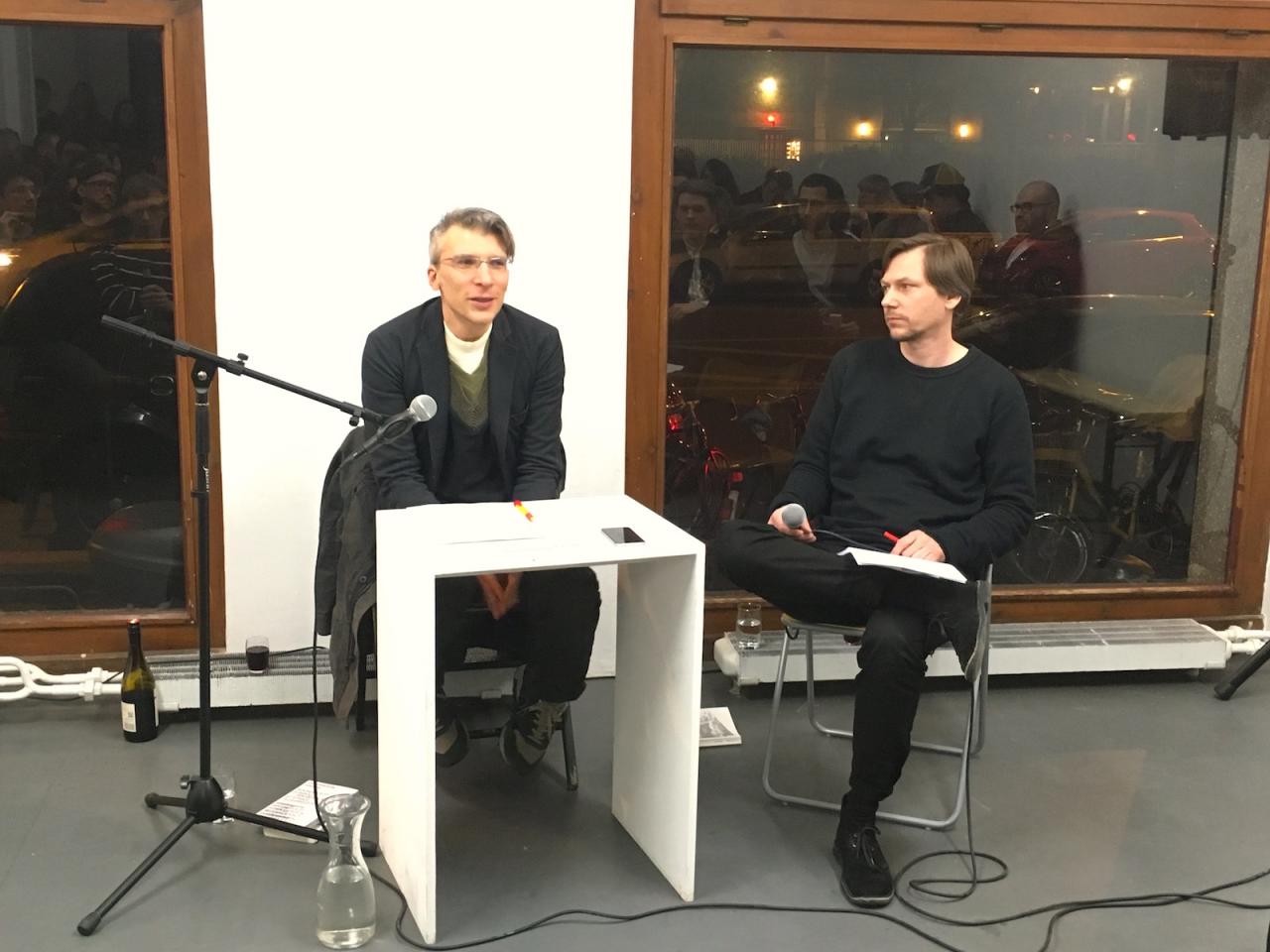 Philosopher and political theorist Armen Avanessian on his new book "Overwrite: Ethics of Knowledge – Poetics of Existence" in conversation with Spike editor and curator Christian Kobald

Since the early 1800s, the university has been an institution that has promoted creativity, critical thinking and independent research. The more it has yielded to economic pressures, however, the more it has betrayed its ideals. This, in short, is the common critique of the plight of the academy. But the inverse might be true: the depression, feelings of insufficiency, and permanent pressure to innovate experienced by academics might be symptoms of these original ideals, which, along with artistic production and the regime of aesthetics, has shaped the spirit of neoliberal capitalism.

Philosopher and political theorist Armen Avanessian argues that the ethical dimension of knowledge can produce a new reality. Can the speculative poetics of collaborative writing, he asks, free us from the dominant regime of the academy and, by extension, the art world? And how does this independence differ from the principle of self-fulfillment on which the ideal of the university and current conceptions of artistic research are based?

"Overwrite: Ethics of Knowledge – Poetics of Existence" is about the desire to write differently, to situate oneself in the world differently. It is a book about the truth that is produced when people take responsibility for their thinking, their experiences, their conflicts; when subjects rewrite and overwrite themselves to become an other, and transform the world in the process.

Armen Avanessian is a philosopher and political theorist. From 2007 to 2014 he taught at the Free University Berlin, and has been a visiting fellow at Columbia University and Yale University. He currently teaches at art academies in Europe and the United States and increasingly works as post-contemporary artist (hyperstition.org). Avanessian is the founder of the bilingual research platform www.spekulative-poetik.de and editor at large for Merve Verlag, Berlin. His publications include "Irony and the Logic of Modernity" (De Gruyter, 2015), "Present Tense: A Poetics", with Anke Hennig (Bloomsbury, 2015); "Speculative Drawing", with Andreas Töpfer (Sternberg Press, 2014); "Miamification" (Merve, 2017), and the forthcoming title "Metanoia: A Speculative Ontology of Language, Thinking, and the Brain", with Anke Hennig (Bloomsbury, 2017).

In collaboration with Pro qm