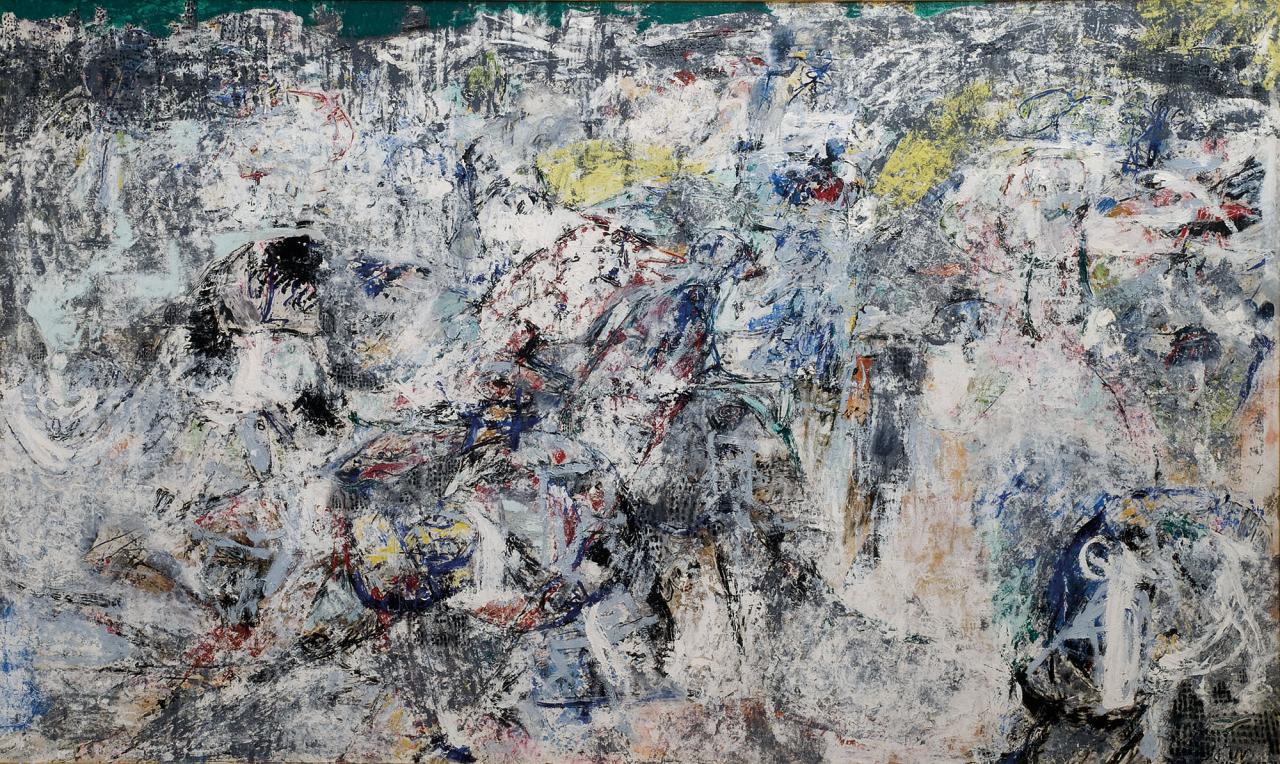 For me, the act of pilgrimage is almost always more important than the actual art I have set out to see. Maybe it stems from the time when I first seriously became engaged with art history. I was a twenty-year-old student, enrolled in at the Université catholique de Louvain in Belgium, who earnestly thought I would spend the rest of my life studying the minutiae of primitive Flemish painting. What got me in the gut was the way that Northern European devotional painting in the fifteenth century was specifically intended to produce an intense emotional experience. Pictures and Tears could have been the perfect title of my dissertation that never was. For the equivalent of twenty bucks, I rode the rails on the student “Go Pass” to seek out these devotional paintings nearly every weekend for over a year. Masterpieces and forgotten gems alike. In churches, municipal museums, tiny villages and glamorous mediaeval cities like Antwerp – I crisscrossed the country to see Dieric Bouts, Hans Memling, Rogier van der Weyden, Jan van Eyck, and their pictures of the weeping Virgin in the flesh.

These romantic, solitary journeys themselves were just as life-changing as the art. The crappy Belgian trains became a time machine. Sure, I fell in love with the mysterious face of the Canon van der Paele in Bruges, and was blown away by the Adoration of the Mystic Lamb in Ghent, but through these pilgrimages, I learned how to look. And how to think about art for myself. Devotion was produced in the act of having to move across many kilometers. The downtime of each pilgrimage forced me to think about what I was going to see, or to digest what I had just seen. The pleasure of looking or understanding was conflated with all the observations and chance encounters on the trip. The touristy schmaltz and the sociological revelations were part of the substance, not just the byproduct. Pilgrimage is about leaving the comfort of your home as much as it is about paying homage or witnessing a given thing. Art owes us a feeling, and I really learned how to feel on those dedicated art pilgrimages.

Fast forward to January 2015 when I went to Silkeborg, Denmark – Asger Jorn’s hometown – specifically to see the collections of the Silkeborg Kunstmuseum (aka Museum Jorn). Under gently falling snow, it’s a picturesque yet deliciously boring four hours on the train from Copenhagen to this small town in the middle of the Jutland peninsula. Before his untimely death, Jorn donated his whole collection to Silkeborg. Jorn left no estate and no merch for his family to cash in on his legacy. He left everything to the people. I spent a good part of the journey to Silkeborg reading Karen Kurczynski’s incredible 2014 book The Art and Politics of Asger Jorn, my secular bible in preparation to finally see Jorn’s great masterwork Stalingrad, No Man’s Land, or The Mad Laughter of Courage. Given Jorn’s radical leftist politics, epitomized by his famous “MR. GUGGENHEIM, […] GO TO HELL WITH YOUR MONEY BASTARD” telegram to turn down the Guggenheim International Award in 1962 (also in the museum’s archives), it was pretty moving to actually experience the humility of Jorn’s home town before seeing this great temple to Jorn’s work. Nowadays Silkeborg is pretty downtrodden – a bland working - class community albeit with surrealist flourishes worthy of a David Lynch movie. Lots of Dead Drunk Danes (to borrow a title of another great Jorn work). When I got to the museum, Stalingrad was casually sitting on the floor. The collection was being re-installed. Jorn’s monumental canvas – the largest and most celebrated single work he ever made, his answer to Picasso’s Guernica – was vibrating with not just the layered paint on the surface, but with all the history I had read and contextual information that I had witnessed on my pilgrimage to see it. I was moved by the singular greatness of the composition and its legendary subject matter that somehow commemorated the atrocities of war; more importantly, it was almost like I could feel the vibrations of Jorn’s integrity and political commitment as manifest in this incredible museum that he created as a gift to his hometown. The painting was imbued with his own complex history and his class consciousness. All of this was rushing out of its surface and into my head and heart.

Visually and emotionally I got more out of seeing this work than any A+ Jackson Pollock. Famously, Jorn reworked Stalingrad several times. The bottom right corner is dated 1957–60, 67, 72. It had several titles too before; Jorn eventually settled on Stalingrad, No Man’s Land, or The Mad Laughter of Courage. Kurczynski writes: “Stalingrad is a radical negation of monumental images of commemoration in the mass media,” and I could only think about how important it is that this work is not housed in an easily accessible museum in a Paris or New York, or even Copenhagen for that matter. Jorn probably could have advanced his career by selling Stalingrad to a collector, which would likely have made his response to Picasso’s “masterpiece” a monument to his own genius. But instead he wanted us to see these objects in the Danish light of his childhood town. What almost made me cry in front of this painting was Jorn’s radical humanity in this gesture, forcing me, like many of his devotees before me, to make the pilgrimage to the modest town of Silkeborg and experience this place, if just for a few hours.

Alison M. Gingeras has held curatorial positions at the Guggenheim Museum, the Centre Pompidou in Paris, and the Palazzo Grassi, Venice. Currently she is an adjunct curator at Dallas Contemporary in Dallas, Texas, in addition to working independently. She lives in New York and Warsaw.