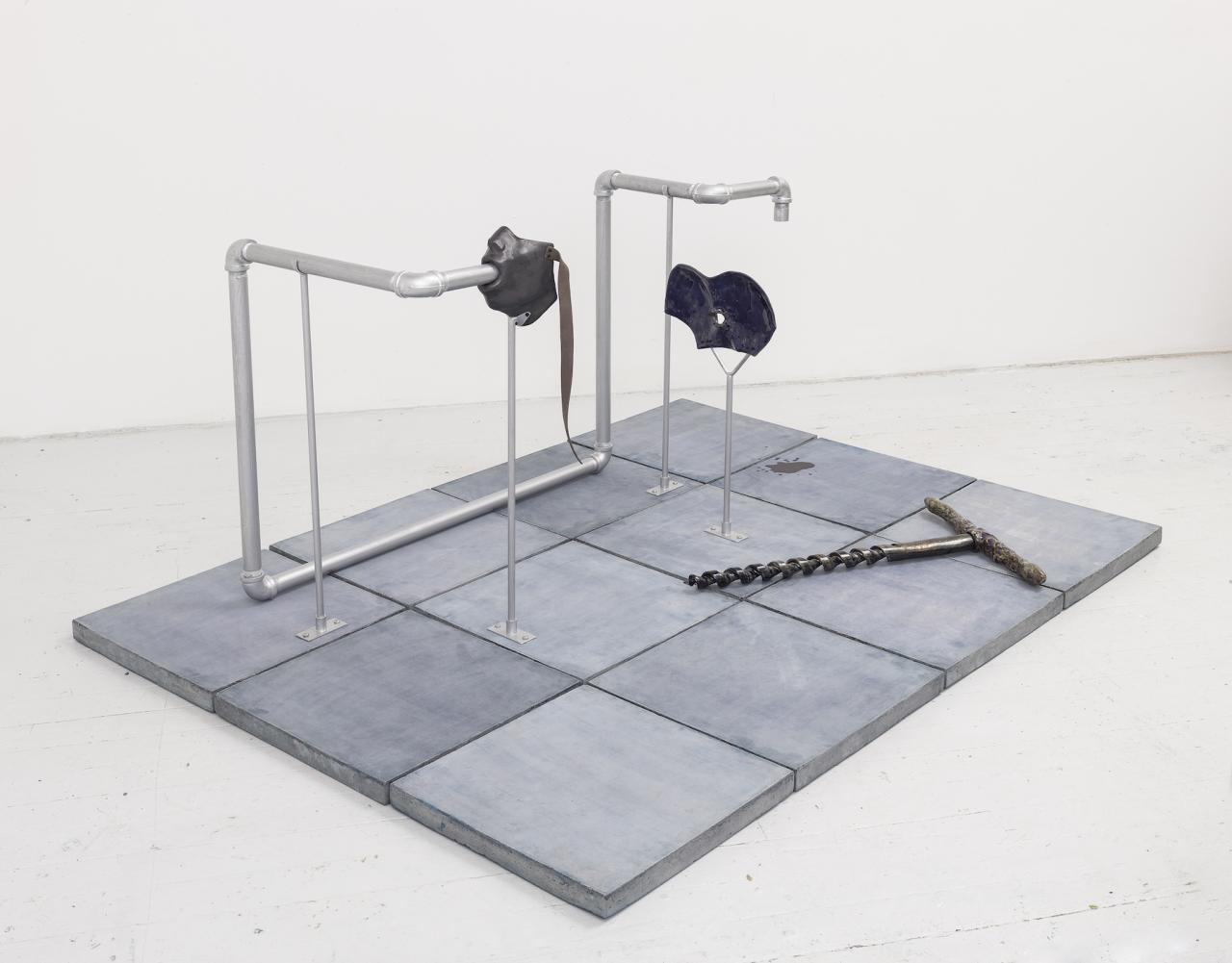 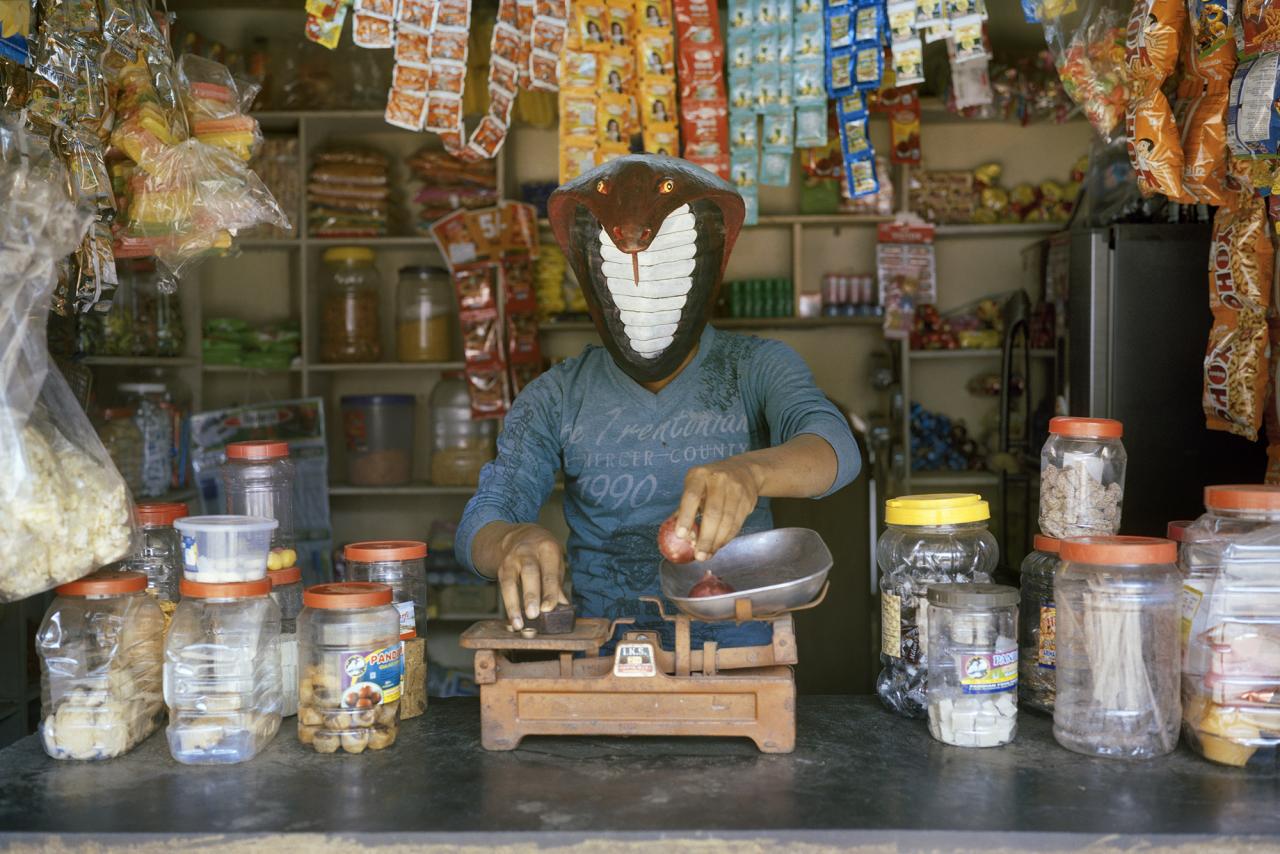 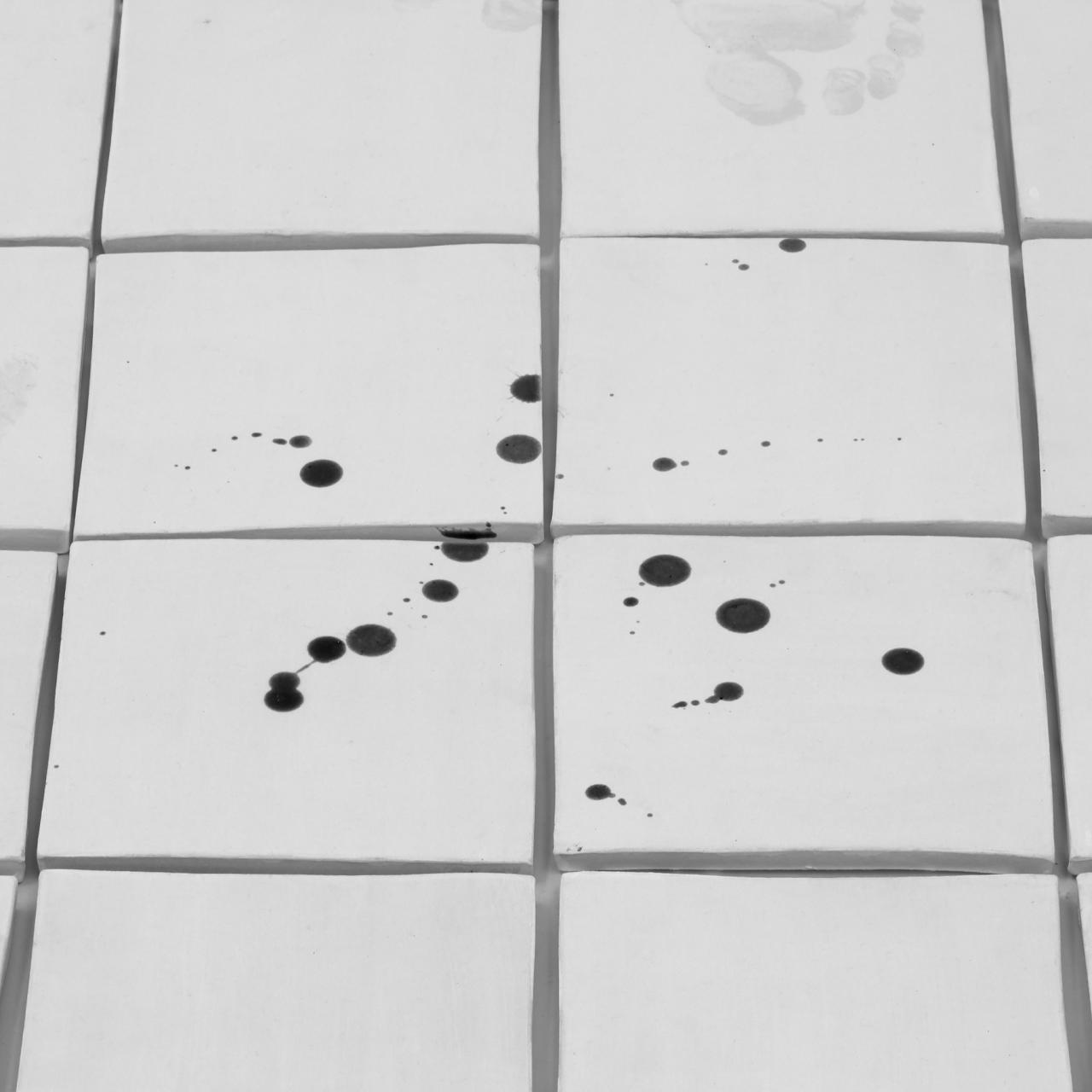 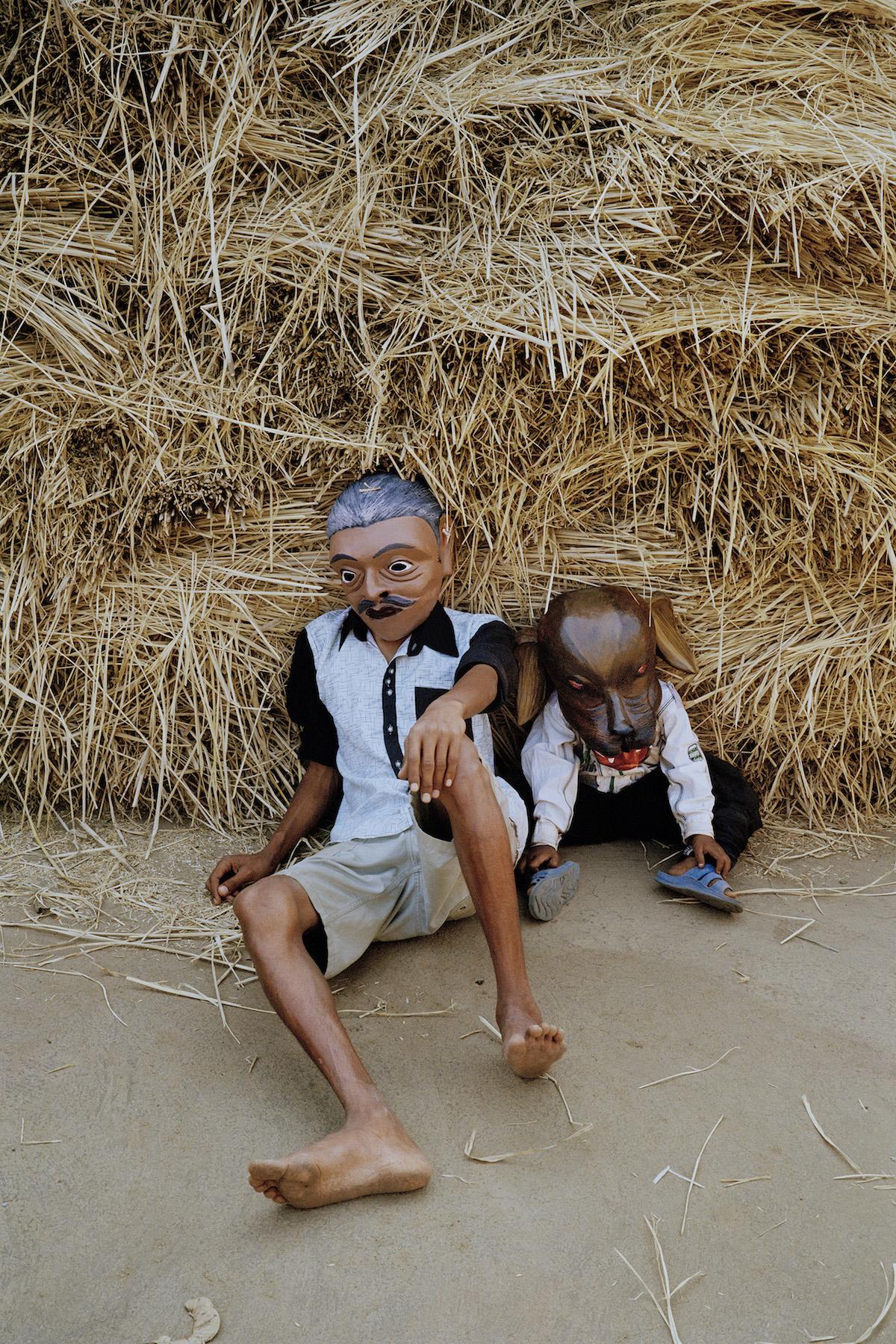 Our relationship with our bodies provides the subject for two solo exhibitions at PS1 right now: “Projects 108: Gauri Gill” and Julia Phillips’s “Failure Detection”. Both artists have been included in major survey exhibitions recently (Documenta 14 and the New Museum Triennial, respectively) and make use of traditional crafts. For Gauri’s ongoing series “Acts of Appearance” – which began in 2015 and is interspersed here with some gelatin silver prints from her earlier series “Notes from the Desert” (1999–ongoing) and “The Mark on the Wall” (1999–ongoing) – Gill collaborated with Adivasi (indigenous) artisans in the Jawhar district of Maharashtra, India on a series of papier-mâché masks for local community members, who she then photographed wearing them. By way of contrast Phillips, working predominantly in glazed ceramics with metal hooks, fastenings and frames, likes to invent her own Bosch-like torture instruments and structures of perversion and restraint.

Her sculpture Drainer (2018) – a ceramic swing moulded to the groin of a woman lying on her front, hung above a depressed concrete floor with a shower drain – brings to mind the infamous “piss tape” but also, with the late afternoon sun streaming in over Long Island City, catching its strawberry-violet interior glaze and throwing soft curls of light across the facing wall, Jean-Honoré Fragonard’s The Swing (c. 1767). Extruder (#1) (2017), on the other hand – with its sculptural guides for where one should place one’s mouth and one’s anus, and its metal piping plumbing the former nearly into the latter – positions its imagined subject on all fours, evoking both the US Department of Justice’s fondness for waterboarding whatever stories it wishes to hear out of foreign combatants as well as Georges Bataille’s hypothesis that during sex the mouth should be lowered to the level of the arsehole because a spiritual axis connects the eyes to the mouth, and a biological axis the mouth to the anus, and only, he says, when these axes are closely aligned might words and bestial sounds intermingle harmoniously and become one. By performing the role of artist-as-sinister-society-osteopath and manipulating our limbs into whatever arrangements she pleases, alternately protecting and penetrating, Phillips presents the body as a site of power and a metaphor for society with all its forms of discipline and punishment.

Gill’s project feels more emancipatory. She asked the villagers to design masks that would represent their own personalities: in one of her photographs a resting figure picks at a bowl of nuts while wearing a giant phone for a face. In another, two young men in bird masks stroll down a dusty path holding hands; on the left is a jade falcon dressed smartly in white and cream, on the right a black owl in flowery surf shorts and faded rose T-shirt bearing the slogan, “No friend. No girlfriend. No job. Come to Delhi.” It’s an uplifting scene. Her subjects are constructing their own avatars but the process of transformation we’re more used to is reversed: rather than taking a selfie and spinning that into an avatar, they craft their true forms by hand and then have their picture taken. Each spring the Jawhar Adivasi celebrate the Bohada festival by dressing up in more traditional sacred masks and performing a mixture of Hindu epics and local tribal stories, but Gill now encourages them to also think of themselves in terms of character and work on their own personal mythologies.

In both artists’ hands our bodies are reimagined as blank pages for fantasies, as spaces for chimeric beings, pornographic sexuality or whatever else we may desire them to be. Ways of augmenting the body, of twisting it into interesting new forms, are proposed and in places cross over: Extruder (#1), if read as a Bataille-esque instrument for making bestial sounds, offers a very particular approach to becoming closer to an animal, but all of Phillips’ installations evoke the sorts of S/M dungeons in which one might well be required to don a leopard or pangolin mask. Gauri Gill and Julia Phillips suggest that so much is hidden inside of our bodies, and that our bodies contain gateways to many more extreme ways of experiencing the world – whether painful, or pleasurable, or straddling that boundary between the two – but at the same time reveal so little of our inner selves; at heart we may feel more like a bird, or the sun and the moon, or a mobile phone. They suggest that we’re made not only of flesh and blood but of countless strange potentials yet to be explored.