How do digital images change painting? 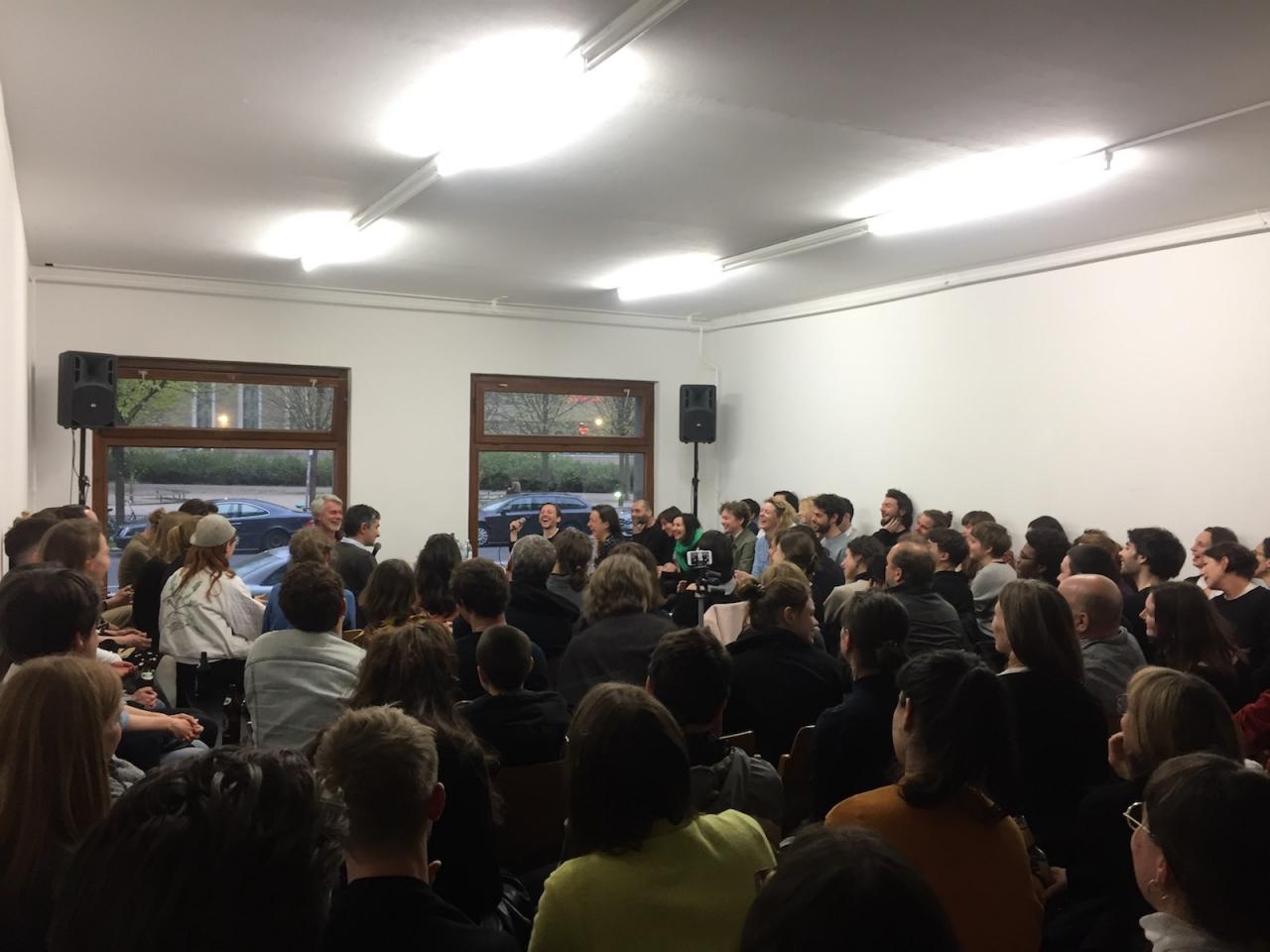 I can’t believe how many images I’ve seen. We’re so engulfed in screens that I can’t remember what it was like when you had to go to the library to find secret things. I’m not alone picking imagery; I’m in a scrolling world. Scrolling gives me an idea of what’s out there and what people are doing right now. We have this stuff all around us and everything is so close. If I choose an image and use it to make a painting, people already know that image or something like it and have a relationship with it. We can then study the image together. You’ve seen it but you might not have really been able to get closer, because the devices we use separate our bodies from all these pictures.

Often I like to start work from signs, pictures, and paintings as if they’re templates to build on. I pick an image that I feel is ready to be opened up (or I am ready to open it up). For me, to paint a thing is really to consume it, to eat it.

I’m chasing real things. For example, I made a copy of a Henri Rousseau painting from 1905, The Meal of the Lion. I had a picture in a book that had certain colors and a certain look to it. Then I saw a picture on the Internet that had really different, bumped-up color. Then I went to the Met and saw the painting, and the real one was the best. I thought: Holy shit, this guy is so badass. The painting looked loose and crappy in such a beautiful way. I couldn’t believe how imperfect it actually was. But I chose to paint the one from the Internet. It was really warm toned, and it reminded me of how I had remembered Rousseau’s work. I think it’s interesting what Michael Sanchez said in the essay “2011: On Art and Transmission,” [Artforum Summer 2013] about how a warm, brown, earthy toned painting provides a point of relief during an endless scroll. It’s a real thing to have that relief.

When I see shows, I definitely do that sort of scanning too: “Where should I focus?” I’m scanning and don’t know where to start.

You do the weird thing a dog does when they keep circling and circling to figure out how or where to lie down. But that also makes an argument for stronger work that brings you to a halt (I have hungry eyes, give me something good.).

I think oil paint is still a very advanced system with which to make things. It doesn’t fall short at all. Compared to the screen, painting is not flat; you go in and every part of that picture is going to be magnified in a way, like under a microscope. A painting is like an aquarium of traces – looping but rogue at the same time. Maybe it has a lot to do with empathy. Empathy determines our degree of happiness, and the feeling comes easily when our mind joins with our body. It is such a soft sadness, it is beauty. I definitely think about that a lot with painting. A painting holds all these feelings you have but don’t really talk about much. It’s about embodying that flat image: the imagined real space that’s inside without ever being there.

With the lack of inhibition characteristic of naive painting, Leidy Churchman’s Dada-influenced works transform the stock of existing images from the realms of art and mass culture. Churchman (*1979) lives in New York.