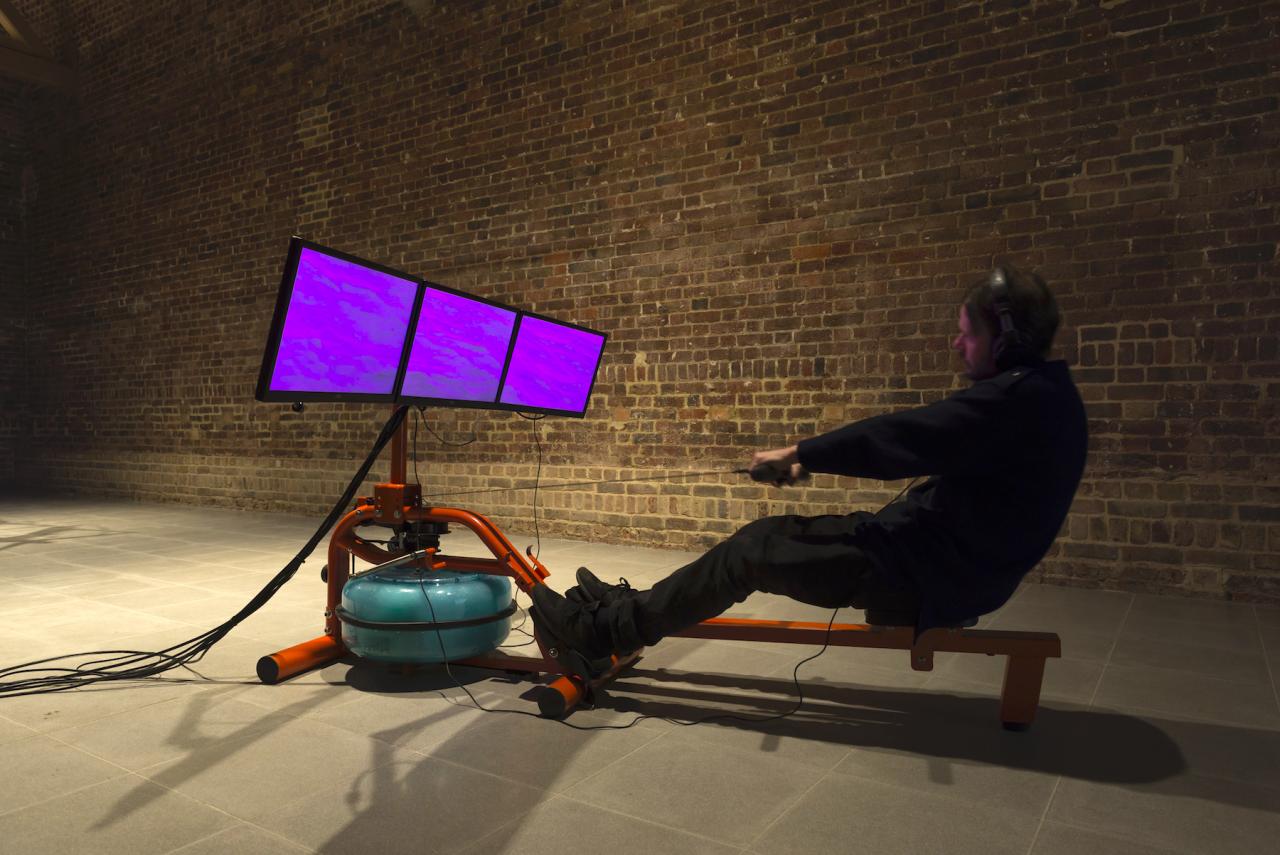 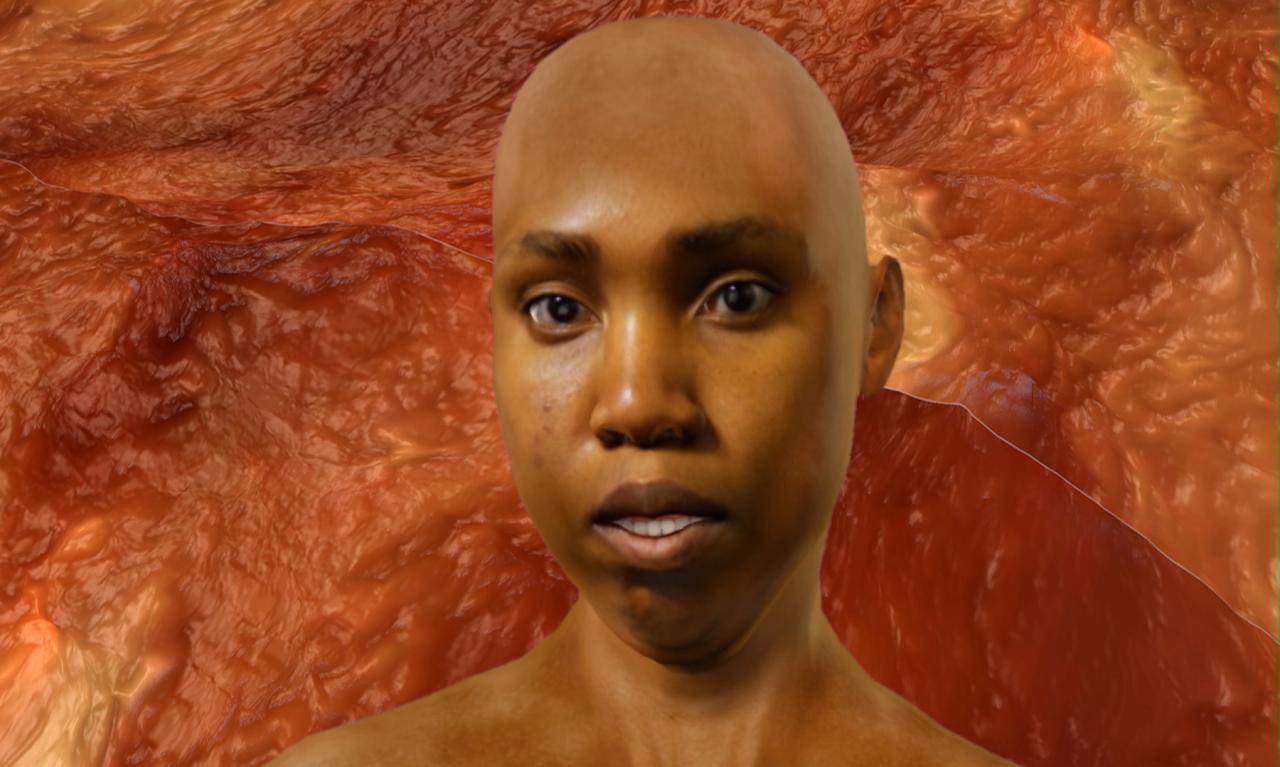 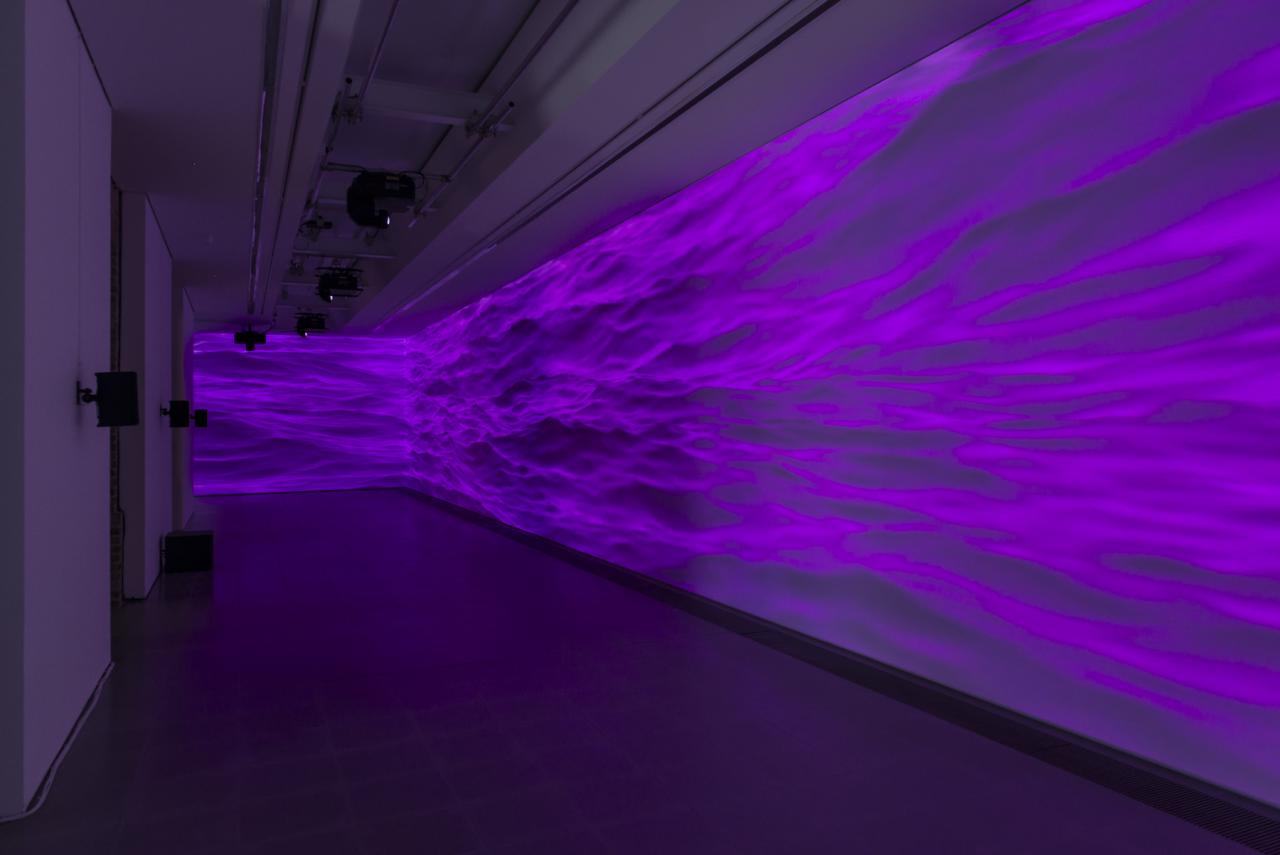 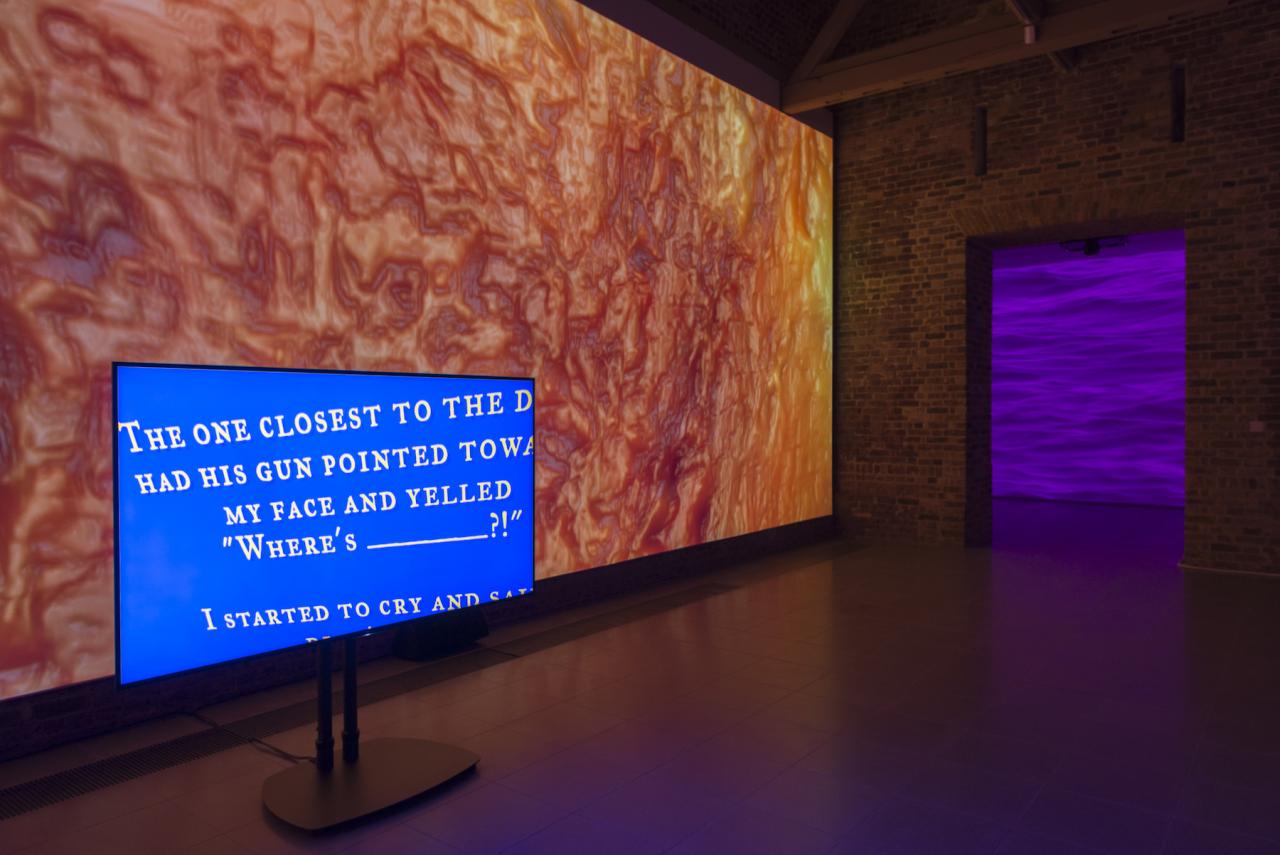 In November 1781, the crew of the British slave ship Zong killed 133 African slaves, including women and children, by throwing them overboard into the sea. The ship had been overloaded for maximum profitability and, following navigational mistakes that seriously delayed its arrival to Jamaica, disease was rife. In the midst of the crisis, the British crew committed the massacre so as to be able to cash in the insurance for the lost slaves, which couldn’t be claimed if the slaves died on board.

The Zong massacre caused a scandal in Britain and its barbaric logic became a powerful argument for the abolitionist cause. In 1840, JMW Turner painted Slave Ship (Slavers Throwing Overboard the Dead and Dying, Typhoon Coming On), a work that the young American artist Sondra Perry has used as a starting point in “Typhoon coming on”, her first solo exhibition in the UK.

The titular work, from 2018, an immersive installation taking over most of the interior perimeter of the Serpentine Sackler, takes fragments of the sea from Turner’s painting and blends them with a digitally rendered purple ocean with an ambient soundscape of aquatic textures layered on top. The resulting piece conjures up the broody ocean of the planet Solaris as imagined by Andrei Tarkovsky: a sentient body of water that can read people’s minds and materialise their deepest memories that are associated with guilt.

Like aboard the Zong, the idea of black bodies as cargo, as commodities out of three desktop monitors play a video in which an avatar of Perry tells us about the plight of black bodies in late capitalism, challenging the institutionalised notion (also known as “the American dream”) that a good, hard working life will bring benefits to everybody, including black minorities.

The importance of resistance keeps cropping up. “We are a problem to be fixed, and if we resist being that problem, we will become that problem to be fixed,” laments the avatar, which tells us that her face is a reasonably accurate likeness of Perry, but her body could not be replicated because her body type is not “a pre-existing template”. Technologies, she seems to imply, are also embedded within systemic racism. “We have no safe-mode,” adds the avatar, furthering the idea of the body as software.

The hybrid body, half-analogue, half-digital, returns in TK (Suspicious Glorious Absence) (2018), which features a large chroma key blue wall in which an animation of a close-up image of Perry’s skin is projected. The skin swirls and moves (yet another churning ocean), and even though the image has been modified, rendered alien, one can still make out the pores and hairs. In front of it, a monitor shows a video collage, showing footage of racial conflicts and protests, body-cam shots, and images of the artist’s family.

This piece brings to mind the work of fellow American artist Arthur Jafa, whose searing solo show “A Series of Utterly Improbable, Yet Extraordinary Renditions”, held in the same venue last year, still reverberates in the space. Although formalised in very different ways, Perry shares with Jafa an interest in how black subjects are depicted in mass media; images whose dissemination perversely turns them into some sort of commodity, all over again.

Indeed, Perry’s work gathers some of the most in-demand tropes of contemporary art at the moment: the exploration of blackness, the relentless demands of productivity placed on the neoliberal subject, the use of avatars, and CGI technology, even the critical questioning of the pervasive wellness industry. Yet, her choice of themes and strategies never feel opportunistic. The resulting works are as earnest as they are sophisticated. And, above all, they feel intensely necessary.

Installation view of "Typhoon coming up" at Serpentine Sackler Gallery

Installation view of "Typhoon coming up" at Serpentine Sackler Gallery