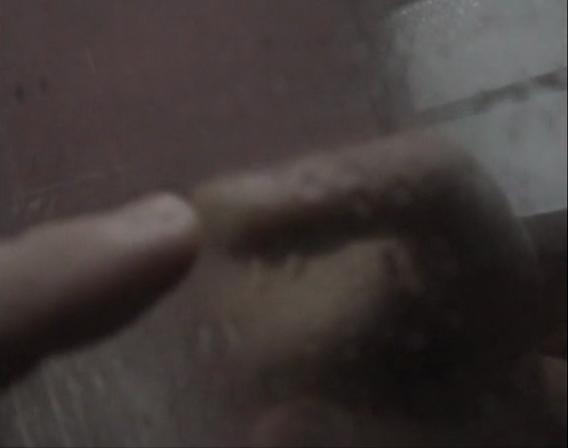 An obituary for Tamuna Sirbiladze, the widow of the late Franz West, who has now also passed away.

It is old age, rather than death, that is to be contrasted with life.
Old age is life’s parody, whereas death transforms life into a destiny:
in a way it preserves it by giving it the absolute dimension.
Death does away with time. ­
- Simone de Beauvoir

Tamuna was born in Tbilisi. She lived and studied there until 1997, then moved to Austria, continuing her studies with Franz Graf at the Vienna Academy of Fine Arts until 2003. That same year, she would also spend time in London as a student at the Slade School of Fine Arts. During her coursework in Vienna, Tamuna assisted Franz West, whom she married in 2002, and with whom she shared two children, Lazare and Emily, born in 2008 and 2009 respectively. I’d met Franz in 2001, and shortly after Tamuna came into my life, too. Somewhere around then we were made reticent roommates and, bonded by that experience, life-long friends and colleagues.

Tamuna had a strong sense of self-possession. Her body of work, which includes painting, oilstick on canvas, sculpture, photography, and performance, reflects that certitude. This visual confidence was recently seen in a series of large oilstick works on unstretched canvas installed at the Vienna Secession as part of “Artists and Poets” (2015), curated by Ugo Rondinone. These pieces, which the artist referred to as “Banners”, were unfurled from ceiling to floor and hung like tapestries, rigorously worked images that careened between abstraction and depiction. Where her earlier paintings had quite literally but very loosely investigated such art historical themes as bodily functions, sex, still life, and portraiture, as in “Femme Infidele” (2006-2008), the initial strength of the “Banners” lay first in the marking, and then in what was being marked. Hints of the image were revealed only after the impact of the actual energy of picturing subsided. This sort of after-image was part of her subject, as were the various modes of installation she favored, including paintings leaning against paintings, paintings propped to create cube-like objects, and free-standing walls built up as architectural interventions in space.

While Tamuna and Franz West collaborated on several projects before his death in 2012, it was in this past year that she did the most to cement her own deserved legacy. Having previously exhibited widely in Europe, in 2015 Tamuna had her first solo exhibition in NYC. “Take It Easy”, at Half Gallery, featured oilstick works on canvas tacked to the walls of a boldly painted salon-style room. This was quickly followed by her second solo show, “Good Enough is Never Good Enough”, at James Fuentes Gallery. Many of these oilstick works revealed the stretched substrate beneath her aggressive mark-making. The work “Painting or Sculpture” (2015), from the Fuentes exhibition, embodies the conundrum of Tamuna’s practice, where she seems to assert again and again: It doesn’t matter, it is both, it is everything, or it is nothing at all. Likeness was, to her, subjective. It was also deeply emotional. It was private. Nothing matters, unless one made it matter. Like de Kooning’s later works, Tamuna’s could be polarizing.

Over the years I included Tamuna in more than half a dozen exhibitions I curated. Most recently, in “The Crayon Miscellany” (2015) at the OMI International Arts Center in Ghent, she created two huge wall works, one pair painted Russian green and the other burnt red, upon which the work of other artists were hung. Tamuna called these structures “Elements”, exhibiting an “anti-Judd” and “anti-white male” stance and originally conceived for Jonathan Viner Gallery solo exhibition “Paintings and Elements” (2008). The “Elements” are the epitome of the artist’s position in their forthright presentation, with their largeness incorporating the work of other artists while emphatically standing alone.

“Tamuna Sirbiladze, The Exhibition,” at Galerie Almine Rech in Brussels, has been extended following her death. It is an exhibition full of flowers and outbursts and a pomegranate or two. It may quote in a broad sense from Matisse and Warhol, but it is quintessential Tamuna. Sans saccharine pathos, the artist has sent herself a wreath of flowers to remember her by. Anyone who ever met Tamuna really needs no reminding, but how lucky for us that she did.

It is difficult to write any of this and believe it today. Tamuna was a proud Georgian, with strong opinions, and sense of place. Her father worked as an engineer, and her mother as a concert pianist. Both survive her, as does her partner, the Austrian poet, writer, and academic Benedikt Ledebur.

Tamuna loved Bach and hated butter. This much I know. Still, many things in life are unknown. Throughout this writing, I refer to Tamuna Sirbiladze mostly by her first name, Tamuna, because as her sister Keti stated, “She was many things, but ‘She was always Tamuna’”. Never timid and often irreverent, Tamuna challenged the status quo in both her personality and her art. When Tamuna was approached by someone asking for a small painting for a group show, she would say, “I only make BIG paintings”, which was not completely accurate, but absolutely true. Everything Tamuna did, she did grandly, from entering a room to, building an image, to exiting this life.

JULIE RYAN is an artist, curator and writer based in New York.