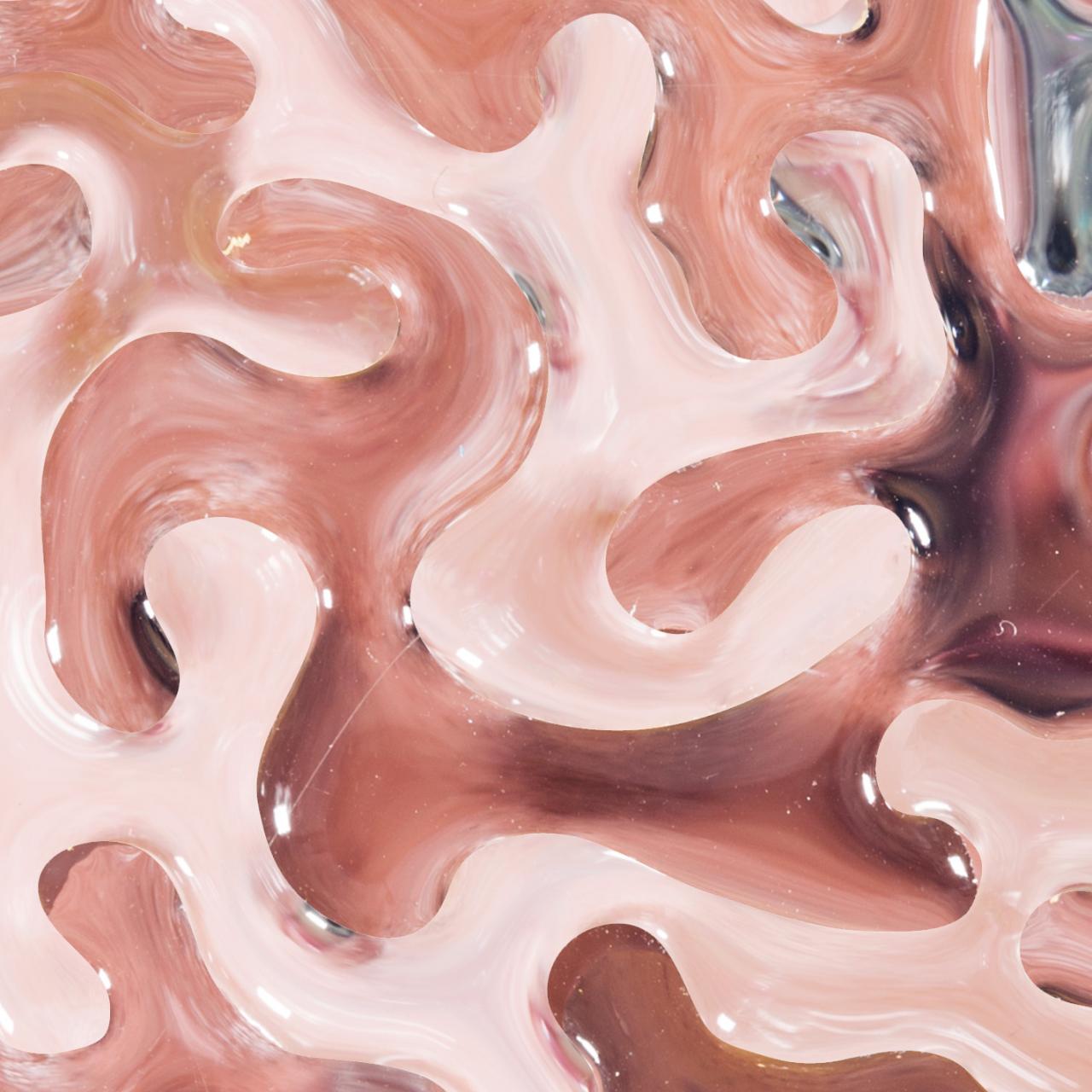 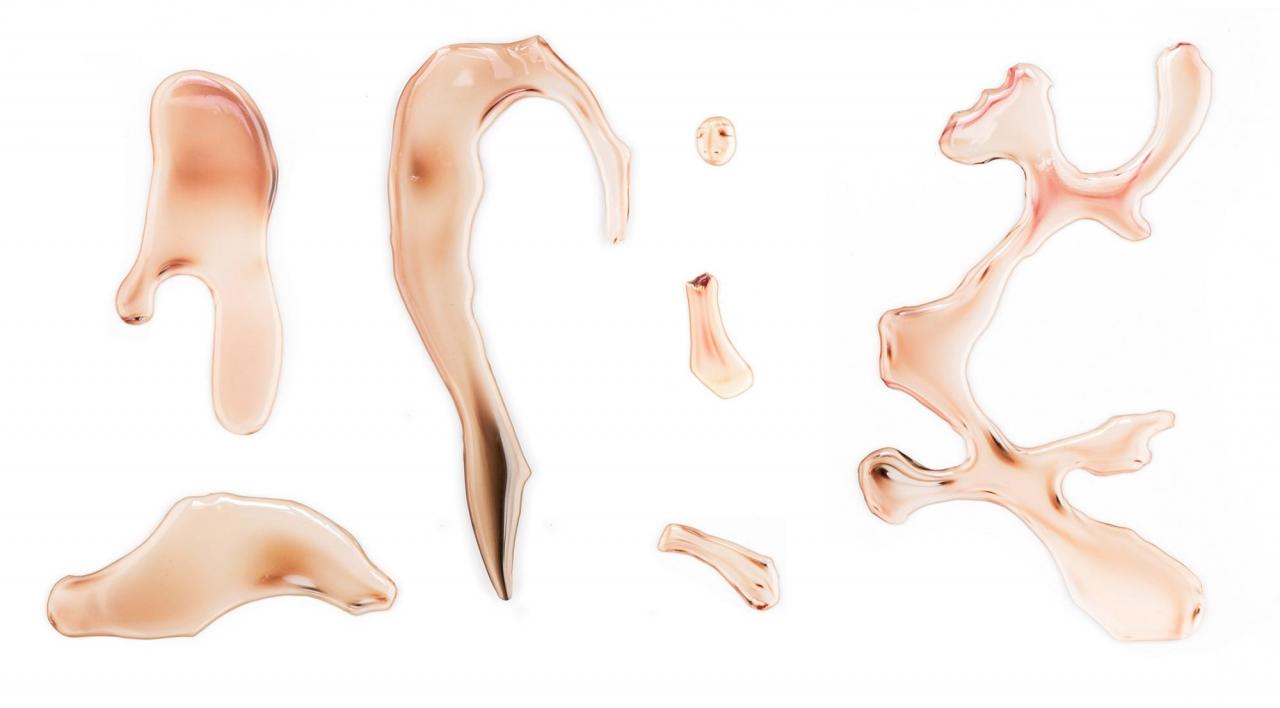 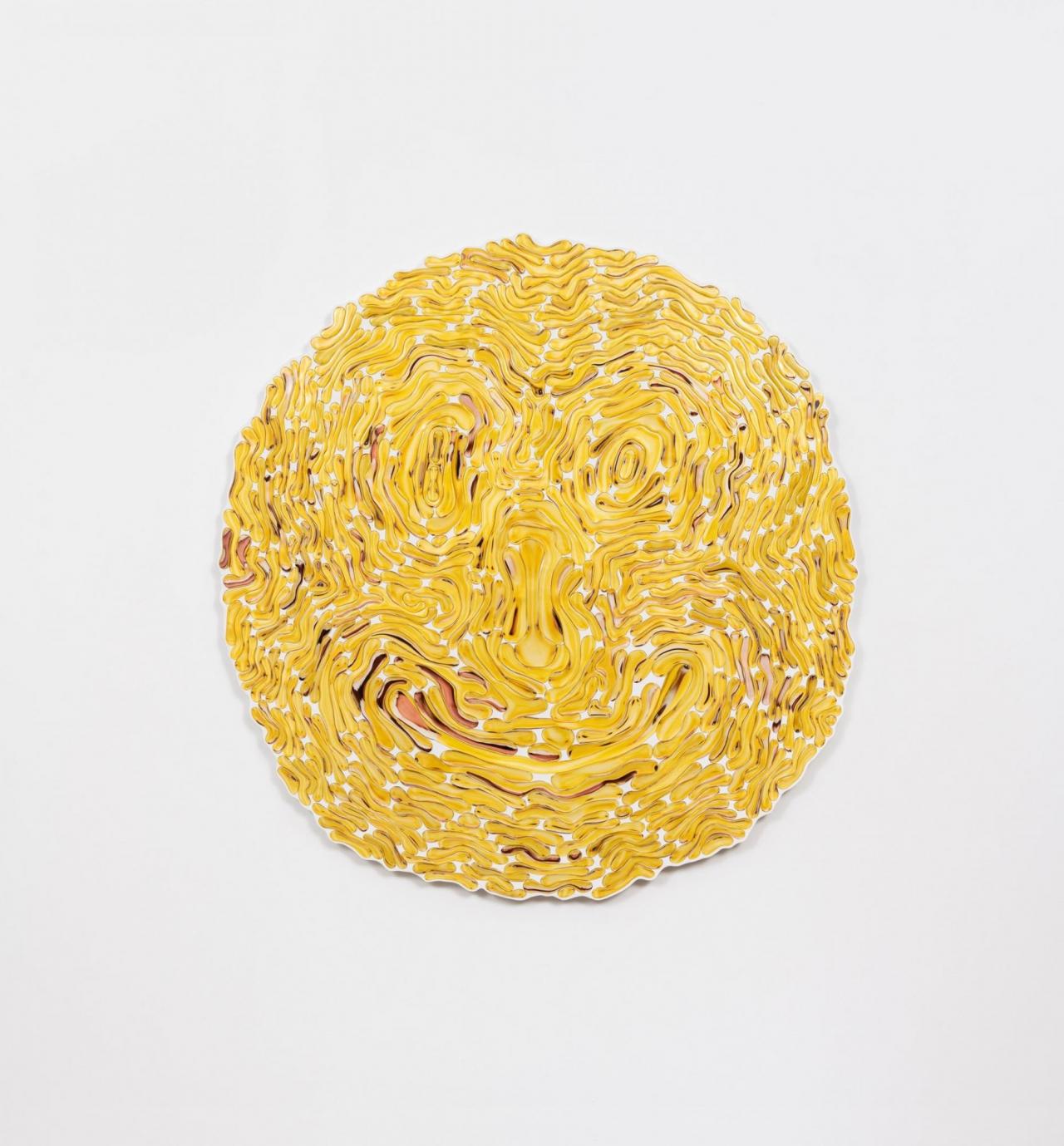 For over a decade, artist Rollin Leonard has been working with water as both material and concept. Leonard’s highly original, weird, and often uncanny body of work contains human bodies in various states of distortion: flattened, stretched, bedecked, underwater. There is something oddly tender about his monstrous creatures. I believe this is partly a result of his unusual and intensive process. Although Leonard’s work often mimics digital effects, it is mostly made through analogue means such as painting real colors on faces and shooting through actual water drops. His work is, as artist and writer Claudia Hart once said, “a simulation of a simulation.” Surprisingly, at the other end of the simulation, instead of finding more of the machine, you find the human.

I spoke with Leonard about Web3, the Anthropocene, cave paintings, cadavers, and more.

Rollin Leonard: Swimmers is a collection of stop-motion animations made with water on glass. They’re organisms made of materials like rose petals, quartz, and snakeskin. The Swimmers are my first NFT project where I minted the NFTs on my own contract, using Manifold.xyz and listing on Foundation’s marketplace. To house the work, I made a public website 5w1mm3r5.net.

What is so significant about using your own contract?

Making my own contract meant I could invent a structure to organize the qualities of the artworks. In this case, I gave them traits like you might when cataloging insects or designing a taxonomy describing the creature’s color, material, and shape. This kind of organizational structure has always been part of my work behind the scenes, but viewers and collectors can experience it for the first time.

How does that work exactly?

The contract more directly surfaces qualities in an artwork that are usually harder to tease out. For example, my contract allows you to easily see what the Swimmers are literally made of: flowers, bark, a Hubble telescope image. And you can tell how frequently those traits are used. It gives me a chance to highlight the poetics in those combinations. All of this information is stored on the blockchain and is interoperable across platforms like OpenSea or Foundation. When you collect the work all that information and provenance is stored as well.

People sometimes assume your work is made through purely digital processes such as the “magic” of Photoshop and After Effects. But your work is mostly made through even more labor-intensive analogue processes. Even the colors in your photos are created by using high-pigment makeup which you draw onto a human model’s face. Why not just “use the magic of Photoshop”?

The hard way is the right way, although my philosophy has gotten me into a lot of trouble. I’ll spend several hundred hours on something that doesn't turn out right, or I’ll do a manual process by hand with the wrong tool hundreds of times before I find a better or more automated way to do it. However, doing things the hard way has some major benefits. It’s like a walk vs a hike. A short and efficient walk is practical if you just want to get things done, but a long hike can be better because you see more interesting things, you experience more of the tranquility and mental shift in perception, you sweat and feel better.

After seeing my first “Mud Puddle,” a stop-motion animation of faces in drops of water, a friend of mine demonstrated how he’d simulate the same effect in software. It looked similar, but the predictable way the faces “refracted” in his simulation were not satisfying to me.

How far a face stretches before it looks like nonsense or noise is something I’m always keeping in balance.

It’s not to say simulations aren’t super interesting in themselves, but the kind of images I’m making with trippy and distorted faces and bodies, require keeping the processes rooted in real and tangible methods, the constraints of physics and chemistry. The process of their abstraction isn’t as arbitrary and meaningless as it would be if I just mushed things around in Photoshop. The images need to follow some strict physical rules established by water, the scale I work in, drawing, and optics. How far a face stretches before it looks like nonsense or noise is something I’m always keeping in balance. I feel like the real materials and strict rules I impose on my practice define the kinds of images I invent, too. It's like following a set of conditions and coming to a natural and highly textured conclusion. The difference between my images, and simulations that could be made to look like my images, are sometimes subtle ­­– but so is the difference between an orchid and a silk orchid.

Can you talk a little bit about your interest in water as a material?

Obviously, water is a universal ingredient for life, but I think of water as a complicated and interesting material. If you took high school chemistry, you probably learned about emergent properties. As a group, water molecules possess unique properties that individual water molecules just don’t have, and these are called emergent properties. For example, water sticks to itself and that’s called cohesion. Water sticks to other things and that’s called adhesion. Because water is sticky, it is able to form drops and can be sucked up stalks of plants through capillary action. It’s like human consciousness. We’re a bunch of dead and living things, cells and proteins and bacteria that make up a body and a brain. The emergent property that comes from this big mess that is us is our sense of self, our anxiety, our fear of death.

Your “Water Figures” resemble early cave drawings, such as your plant and meat figures. Others remind me of gods and demons. You even have a recent “Water Portrait” called “Smile Demon.” The figuration in your work is interesting in the way that it is suggested and not straightforward – for example, Smile Demon’s eyes, nose and mouth are not completely discernible at first glance; rather, its face is a suggestion of a face. And when you look closer, you see that there are many smaller faces that make up its face. What is your interest in these types of figures, which have such a long history in artmaking? I wonder if it is connected to your primal materials: the plant, the animal, water.

That’s exactly what it is: primal materials. I even like that as a term. It makes me think of ancient cave paintings, the ones that were painted by spitting dye at one’s hand on the wall, or maps of streams drawn in chalk. Figuration in art history or human history is so broad and deep that it’s unavoidable when you’re an artist working with the human figure. Lately I’ve been sketching from ancient anatomical drawings, drawings people made of banned dissections. Exploring what’s inside of us is still sometimes considered gross or taboo, and the art made around it is interesting to me. In college I had friends studying medical illustration and it seemed fascinating. I wish I could have audited one of those gruesome cadaver classes. One of my first serious “How to Draw” books when I was a youth included skinless models to show how the muscles are connected.

How has working with NFTs changed your experience of connecting with an audience?

When buying something on an NFT marketplace like Foundation, anyone with an ether wallet can interact directly with the listing, place a bid or an offer, making it a frictionless and fool-proof buying process that gives strangers the confidence that they will receive the goods they pay for without having close ties or personal relationships with a gallery or art advisor. People that have followed my work online for over a decade are now finally buying my digital art, whereas my collectors up to this point have all had wall space and a physical art collection.

Do you prefer selling NFTS rather than working with a gallery?

Galleries provide a real value that isn’t replaced by NFTs, as galleries provide context and expertise that you won’t get on an NFT platform. So, they have very different purposes and strengths and I like working with both.

What NFT projects do you have coming up next?

For over a year I have been making a series of portraits of artists including some stars of the NFT space like Matt Fury, famous for the Pepe meme. It’s been a great experience getting to meet artists I’ve loved for years and immortalizing them in kaleidoscopes of raindrops. Coming up first, however, will be the next evolution in my stop-motion work where I will push my water-based process to the next level. I’m making animations with more frames and detail while also revealing more of the process within the work itself. The end result will be large 8000 by 8000 pixel videos of moving faces and moving water drops on top of that.  Like with my physical work I want to go as big as I can to bring the viewer closer into the details. It’s going to be grittier, and a lot more gooey.

KATE DURBIN is a writer and artist based in Los Angeles.