"There’s a Texan spirit that is perfectly exemplified in Dallas" 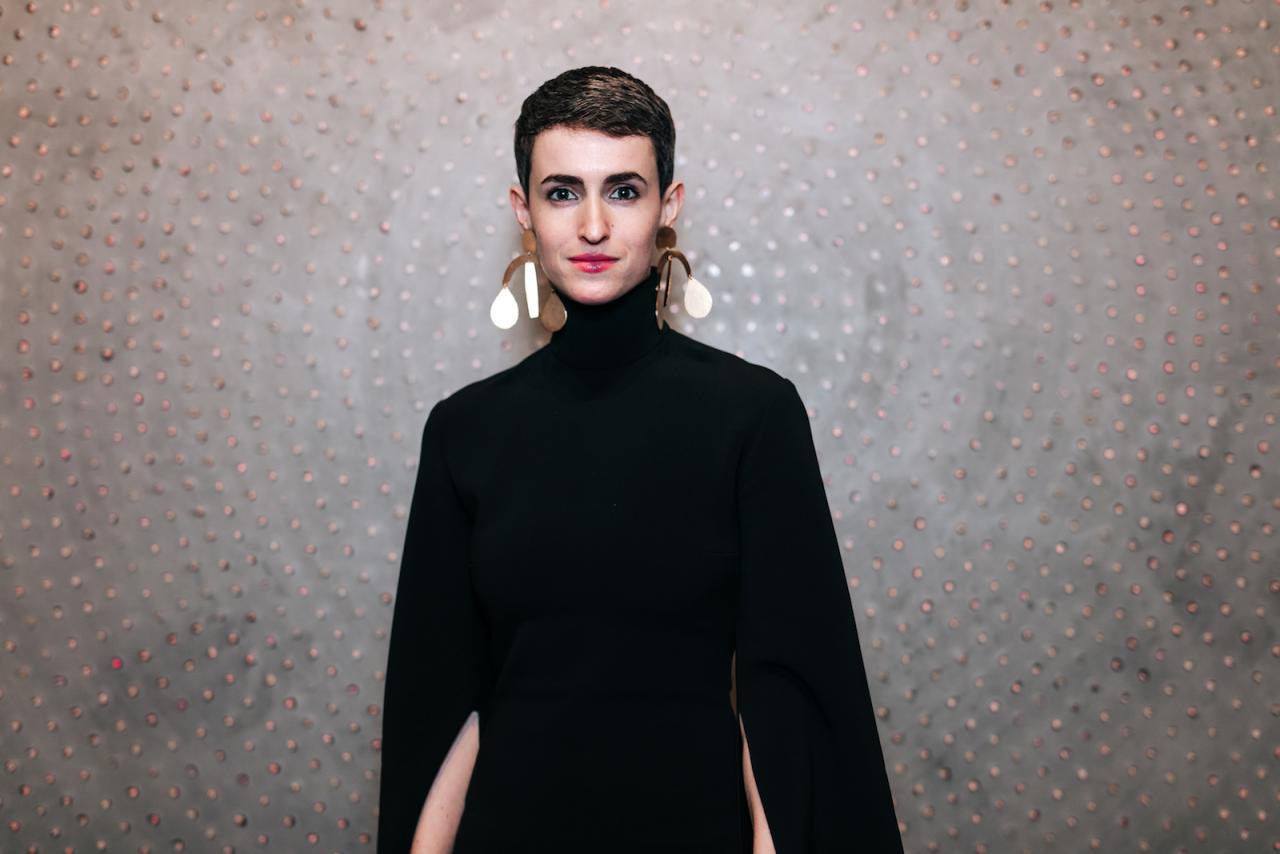 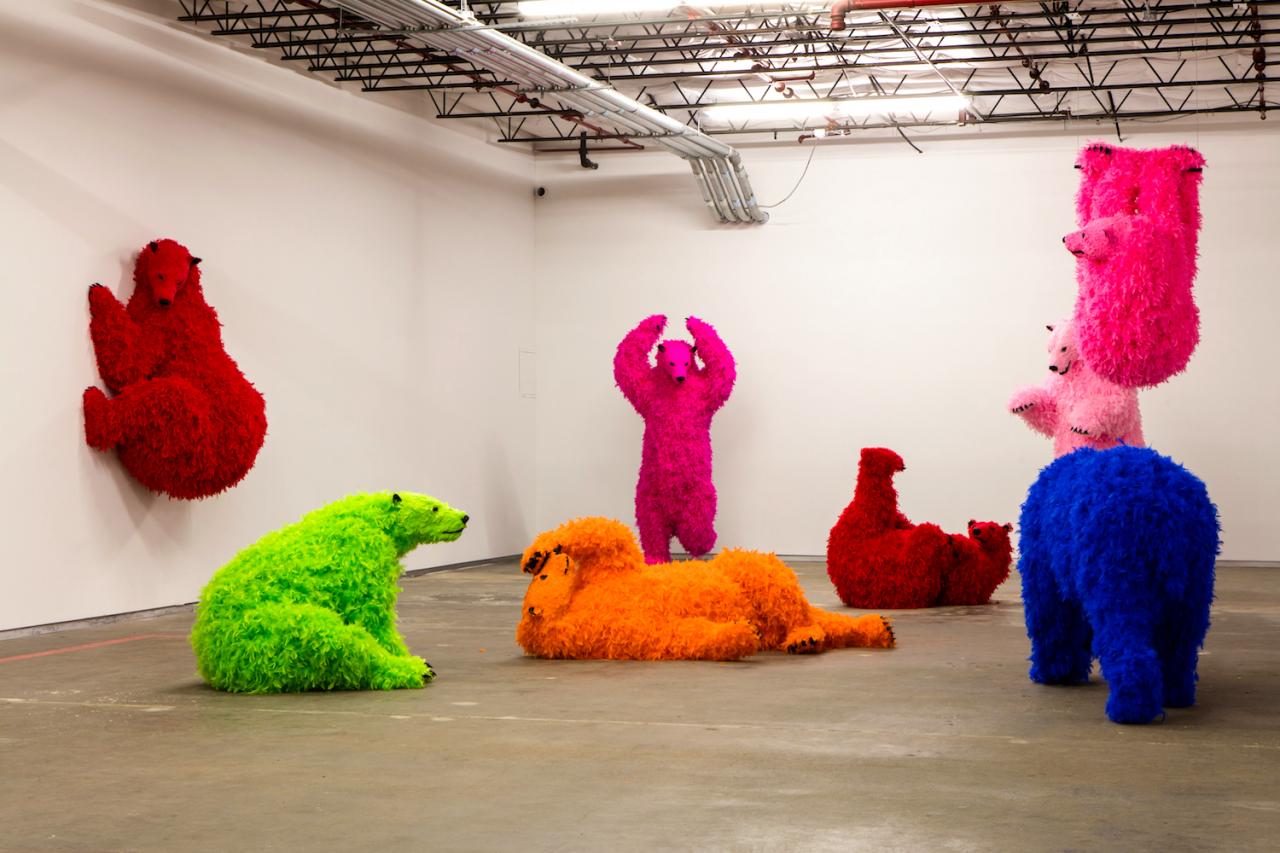 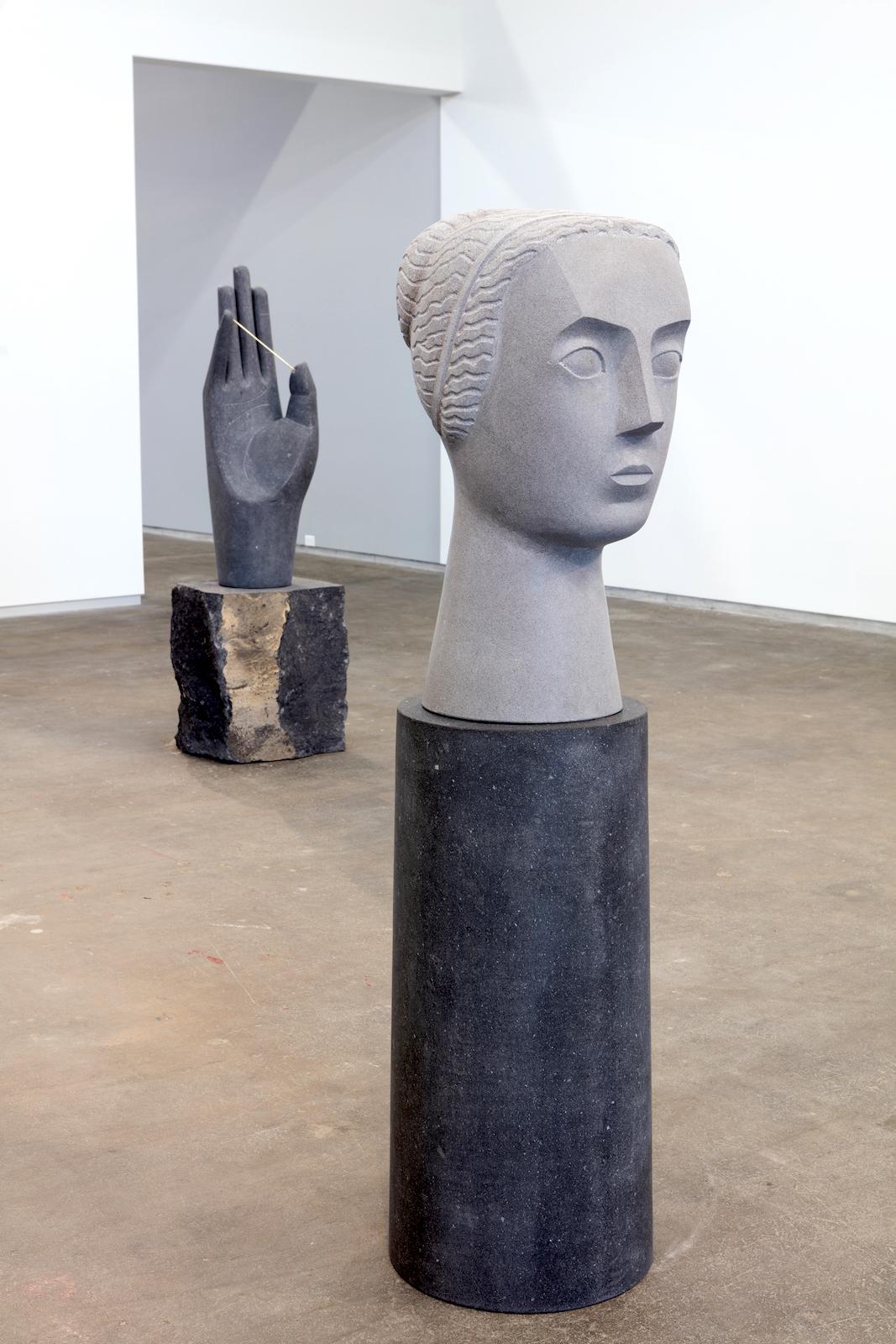 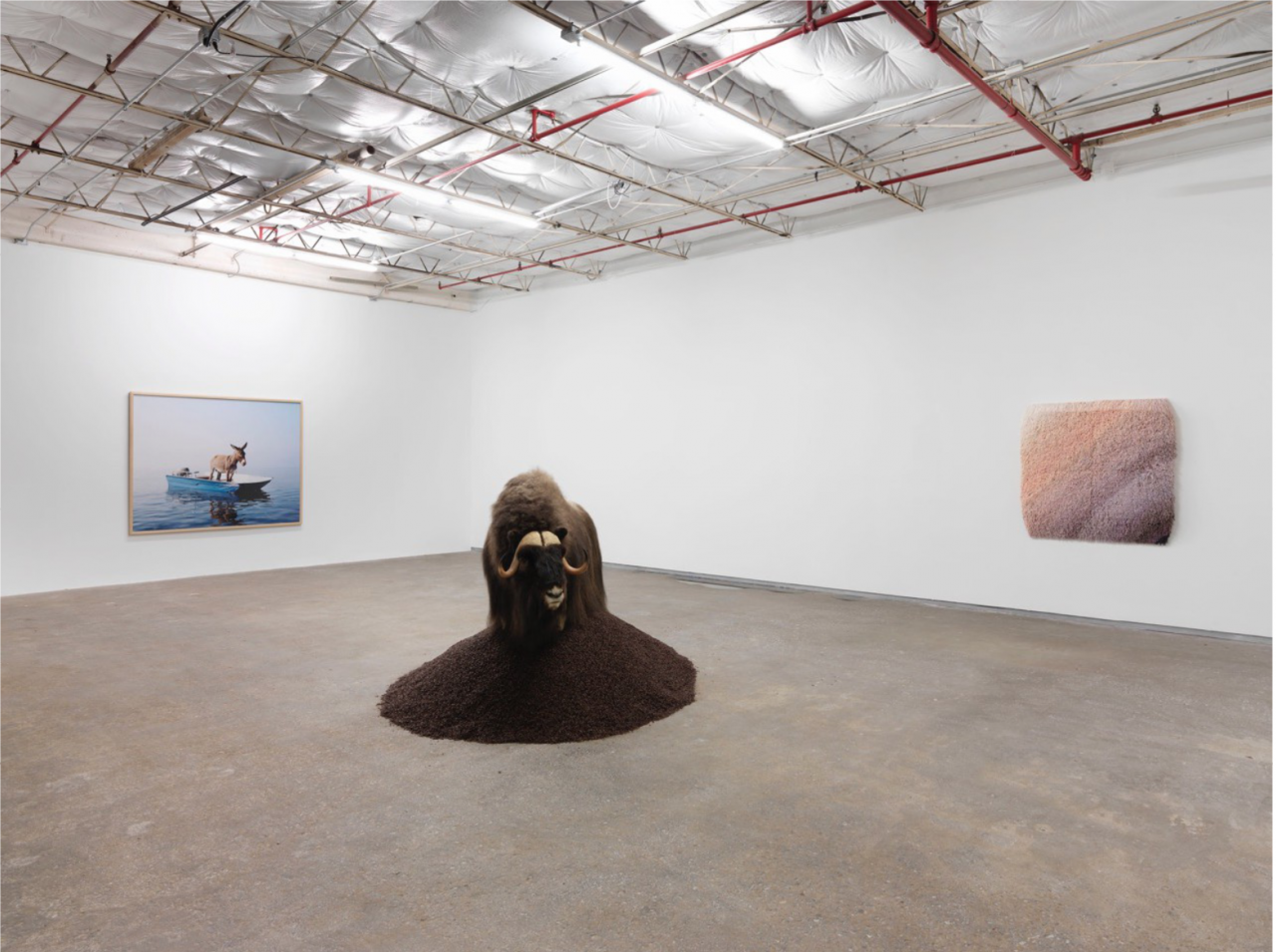 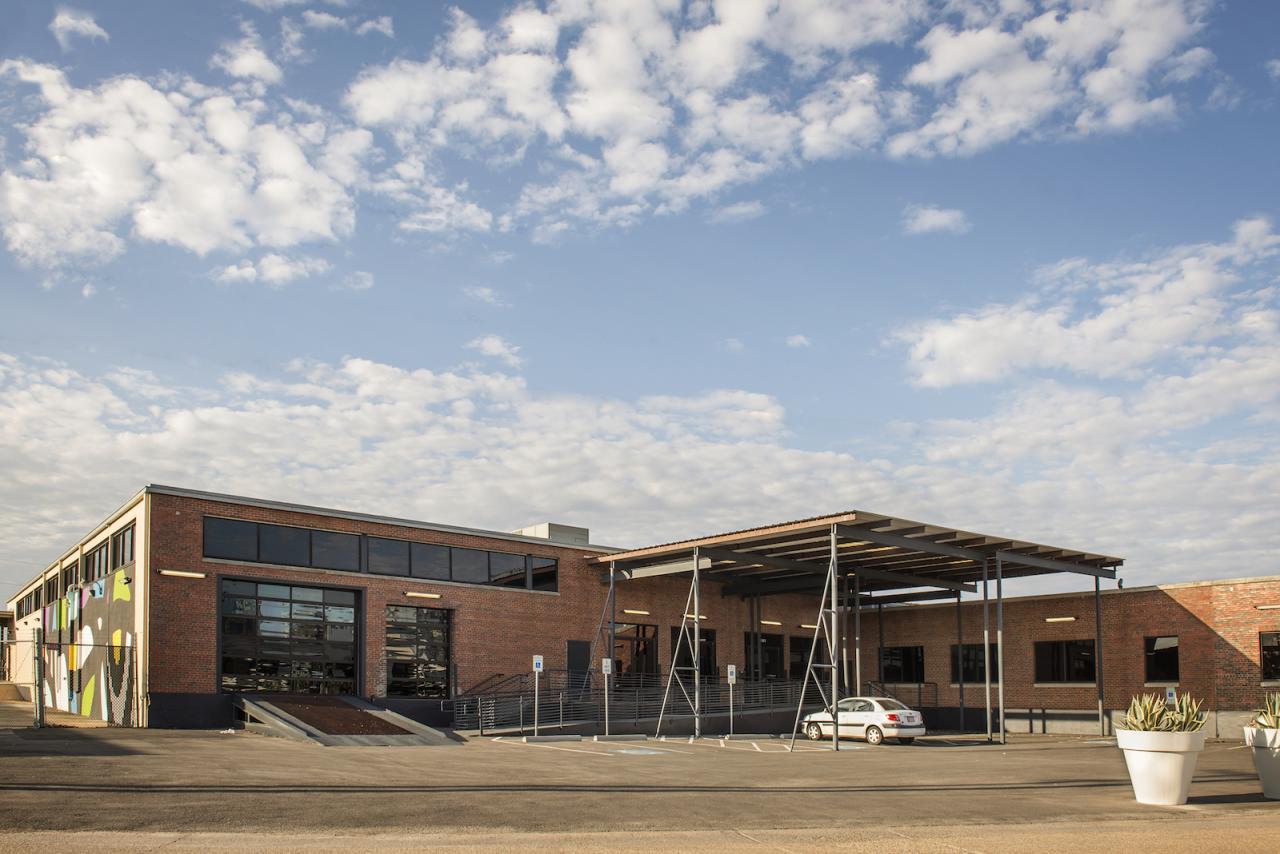 Let's start off with the question why are you in Dallas?

I moved to Dallas to take the position of Director of Exhibitions/Senior Curator at Dallas Contemporary. I had seen what Peter Doroshenko, our Executive Director, had done at other institutions. He always pushed boundaries. When I interviewed for the job, there were no constraints. It was an intriguing opportunity to take on crazy ambitious projects and rethink the institution. Doroshenko had big plans for Dallas Contemporary. It was something I knew I had to be a part of. Also, Texas has this mythic identity – it was something so far away and so foreign to me. When I came for the interview I felt this palpable energy, there’s a Texan spirit that is perfectly exemplified in Dallas, and that was something I wanted to tap into. It was also unlike anywhere else that I have lived, and that was an exciting opportunity to work in a drastically different community.

What was your impression of the Dallas art scene when you arrived in September 2014 and how do you see it now?

I've seen it grow and change a lot in a very brief period of time. We’ve seen new collectors who want to support something different. As a non-collecting contemporary arts institution, part of our responsibility is to speak to more emerging collectors and also to start supporting artists earlier in their careers. I've witnessed the Dallas-based artist community strengthen. I've seen work develop and that's had a lot to do with alternative spaces closing and new ones opening; that’s led artists to find their own way. It’s also led to new spaces, like PRP or The Box Company, opening. When one space closes another takes its place. It is a dynamic community and it will be interesting to see how it continues to develop.

There aren’t as many venues as there were three years ago. What’s interesting now is that venues like The Box Company and PRP aren't “official."

The week I arrived, there was an article in D Magazine about death of the Dallas art scene. It was a very strange moment to move to the city. I'm ready to roll up my sleeves, get involved and meet as many people as possible, and then I'm being told, “Oh, the scene just died, you're a few months too late." In reality that simply was not true. I've seen people move here, I've seen people leave, and that all leads to new energy. Another thing that has had a large effect on the arts scene here is the fair. The Dallas Art Fair has brought a lot of attention to the city. Its quality has improved every year. It's a unique and quirky fair with its own identity and flavor, and it's been really important; people invest more in their practices when they are interfacing with a wider arts audience.

"If you're only showing in the context of Dallas, you're functioning in an echo chamber"

What's one of the biggest hurdles for a Dallas-based artist? How do you see their work fitting within a larger international context or dialogue?

I think patronage and representation are the big issues here. If you're only showing in the context of Dallas, you're functioning in an echo chamber. There are some amazing artists here who have had numerous shows in Dallas, but they haven't had the opportunity show anywhere else and that causes a lot of issues. This is perhaps a rallying cry for locals, but the artists here need opportunities to show their work outside of the context of Dallas. I would love for the curators of the next Whitney Biennial to come here and do studio visits, because there are strong artists here whose practices resonate beyond the bounds of the local scene. A lot of artists also talk about the challenge of having committed collectors. For better or worse, I believe that once artists here are validated by exhibiting elsewhere, they will gain a greater local collector base.

What are some responses to your curatorial approach in Dallas?

It's difficult for me to talk about people's responses because I, of course, have a very specific view from inside the institution. For me, curatorially, it's really important to represent people that often don't have platforms for sharing in their work – that often ends up being women, sometimes Dallas-based artists and sometimes people of color. I think representation is unbelievably important. When you are a woman or a person of color and you go to an art museum and you don't see work by artists who represent you, it becomes clear that you are not afforded the same opportunities. Providing a platform to show that this disparity has nothing to do with the quality of one's work, but is rather something systemic that we need to fight against and work through, has been really wonderful. My charge is to make diverse programming the norm.

We have the luxury at Dallas Contemporary of being a small team, where everybody wears many hats and brings something unique to the table. We have a massive space and do nine shows a year. We are able to be very responsive and pay attention to what is going on locally and globally. It's been important to me, and the other team members, that Dallas Contemporary is a safe and discursive space where we can address very challenging subject matter. You can agree with or disagree with the subject matter presented, but it’s a place where you can address those issues. What is so great about Dallas is that all of the institutions function in very different ways and present very different programming, all at a high quality and with great consideration. You wouldn’t see the kind of show we would do at Dallas Contemporary at the Nasher [Sculpture Center] or Dallas Museum of Art.

How would you describe Dallas and the Dallas art scene? What makes it unique?

Culture and creativity are really valued here. Everyone has such a high level of visual literacy. I never have to explain why contemporary art is important and why people should care about art. It is something that permeates the culture across the board. Due to the landscape of the city and the way it's drawn, there are different pockets of creativity that run throughout the urban and suburban areas as well. These different pockets define the overarching creative community. Often in other cities one neighborhood becomes the neighborhood where the artists live and the galleries are. Then the prices soar and the artists get priced out in a relatively short period of time. So the fact that we can't necessarily say, “This is the neighborhood where all the creatives are,” is actually a huge advantage. I live in the Cedars neighborhood of Dallas, surrounded by a creative community and artists’ studios, and the area has been like this for many years. Deep Ellum, Fair Park, Oak Cliff, Lower Greenville, the Design District as well as the surround cities of Denton, Arlington, and of course, Fort Worth, all have their own unique creative identity. You can establish your own sustainable niche. I've seen people who are able to have children and be artists, and that has something to do with the fact that this is still an affordable city. The quality of life here is high.

"I’ve witnessed a complex where people believe that it is inferior to be an artist based in a city like Dallas, cities other than New York or Los Angeles"

Dallas Contemporary has continually championed Dallas based-artists since its inception almost 40 years ago. Can you talk about the relationship between institution and community?

When we do a show with Dallas-based artists, we’re not saying, "This is our local exhibition,” or following a quota. They're presented as major solo exhibitions. We give the same amount of attention, marketing and treatment that we would give an internationally renowned artist. For example, Jeff Zilm, formerly a Dallas-based artist, showed in our largest gallery last January. This year, we had two North Texas-based artists, Keer Tanchak and Ambreen Butt, showing in April during the Dallas Art Fair. The idea was that this is really the right moment and the right space to show these artists. It has nothing to do with the fact that they're based here; we're just lucky that they're here, that we can directly engage with them on a daily basis and that they're part of this larger ecosystem. I’ve witnessed a complex where people believe that it is inferior to be an artist based in a city like Dallas, cities other than New York or Los Angeles. I believe we need to work against this and show that artists based here can play on the same level as the most exciting up-and-coming artists from New York or the most entrenched artists from London. It's important to show that there is this misunderstanding and improper framing of the artists that are based here.

The greatest thing about Dallas is the people. The artists, the philanthropists, the people are really generous and very involved here. We've done programming dealing with difficult issues and we got a full house of individuals who wanted to engage actively afterwards. We did a full day of programming around Pia Camil’s exhibition “Bara, Bara, Bara”, including a performance piece in which people were walking around the Design District, where no one walks because there are no sidewalks, and it was brutally hot. We had twice as many people as we needed and everybody stayed the entire time. They were really gung-ho about it. It was pure joy. Then we held a conversation between the artist and myself in English and then one in Spanish with our Adjunct Curator Pedro Alonzo. Pia was a champ for sitting through all that, but really what blew me away was the community involvement and their investment in the programming – the fact that people want to be a part of this kind of programming and they want to foster a sense of community. It is a community that I am proud to be a part of.

KEVIN RUBÉN JACOBS is a curator and founder of  OFG.XXX in Dallas. He recently moved to Berlin where he opened Pushkin & Gogol.

More one the Dallas art scene: Read an interview with gallerist Frank Elbaz and a roundup of what's going.