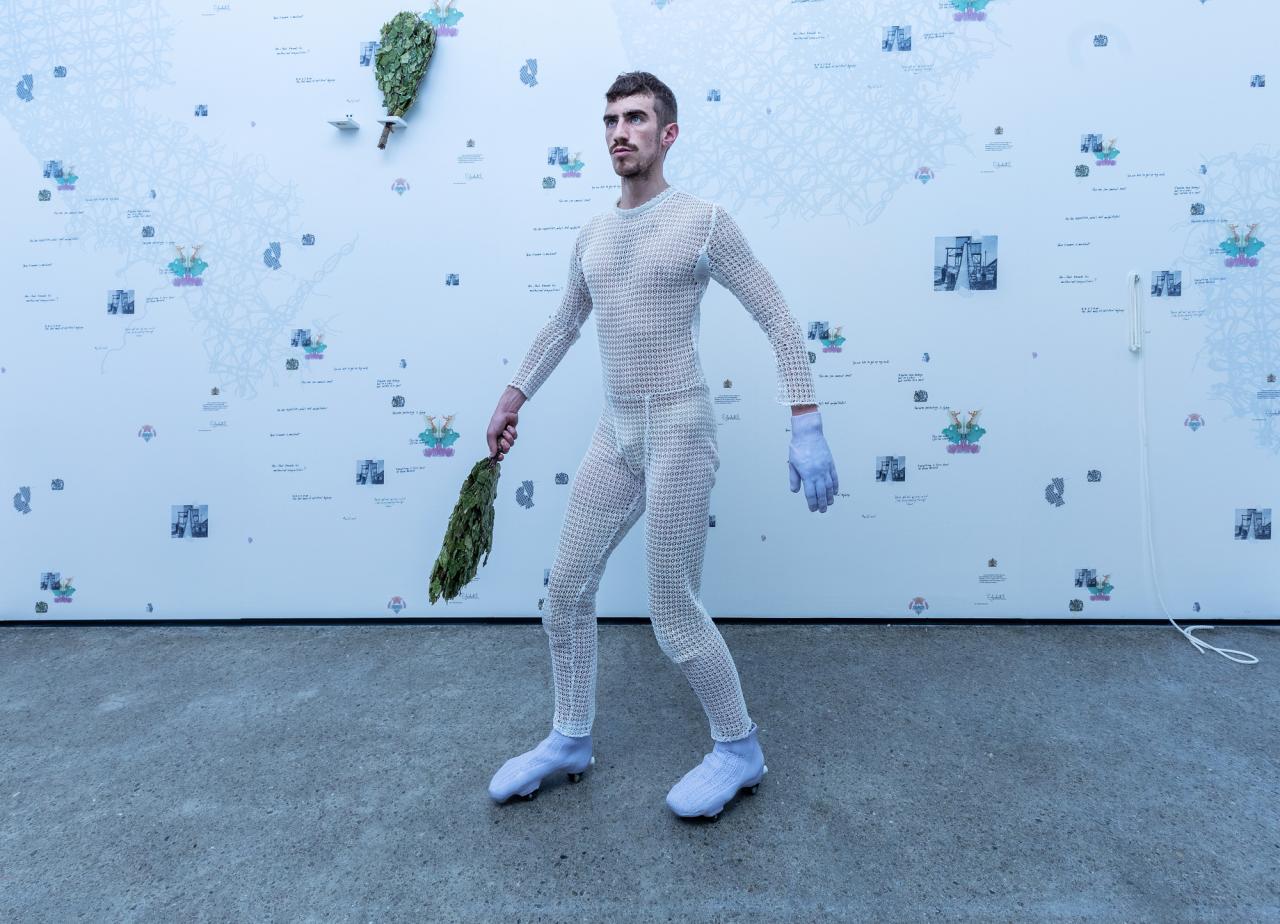 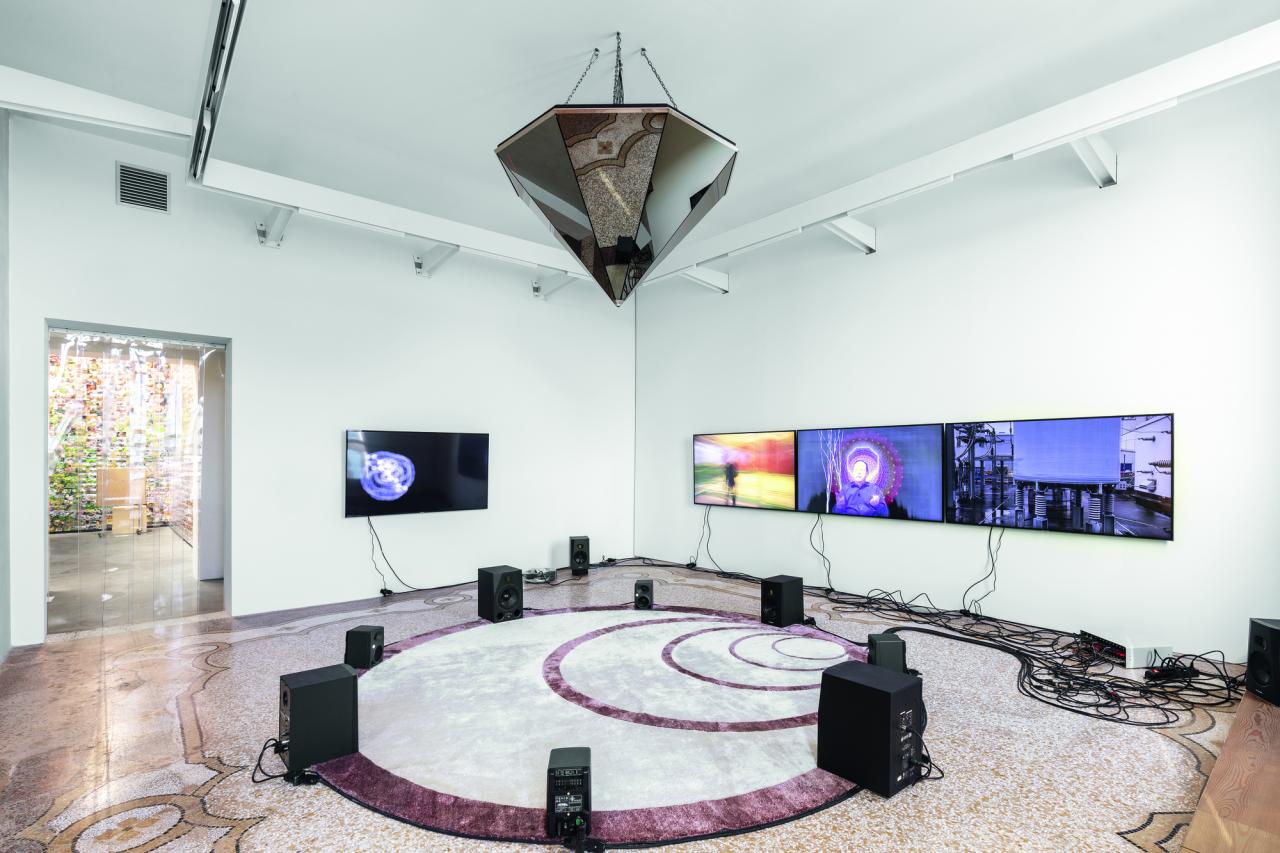 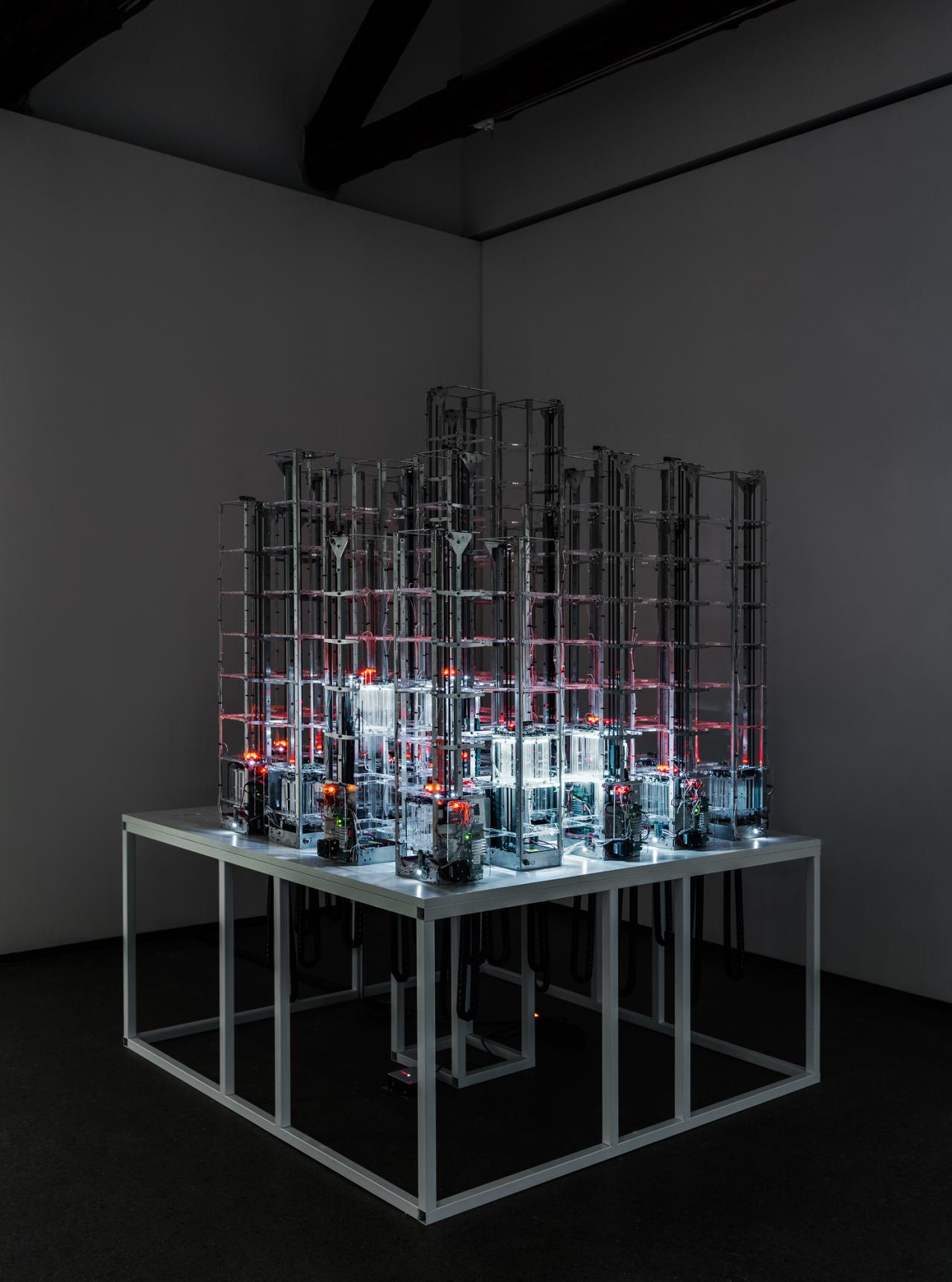 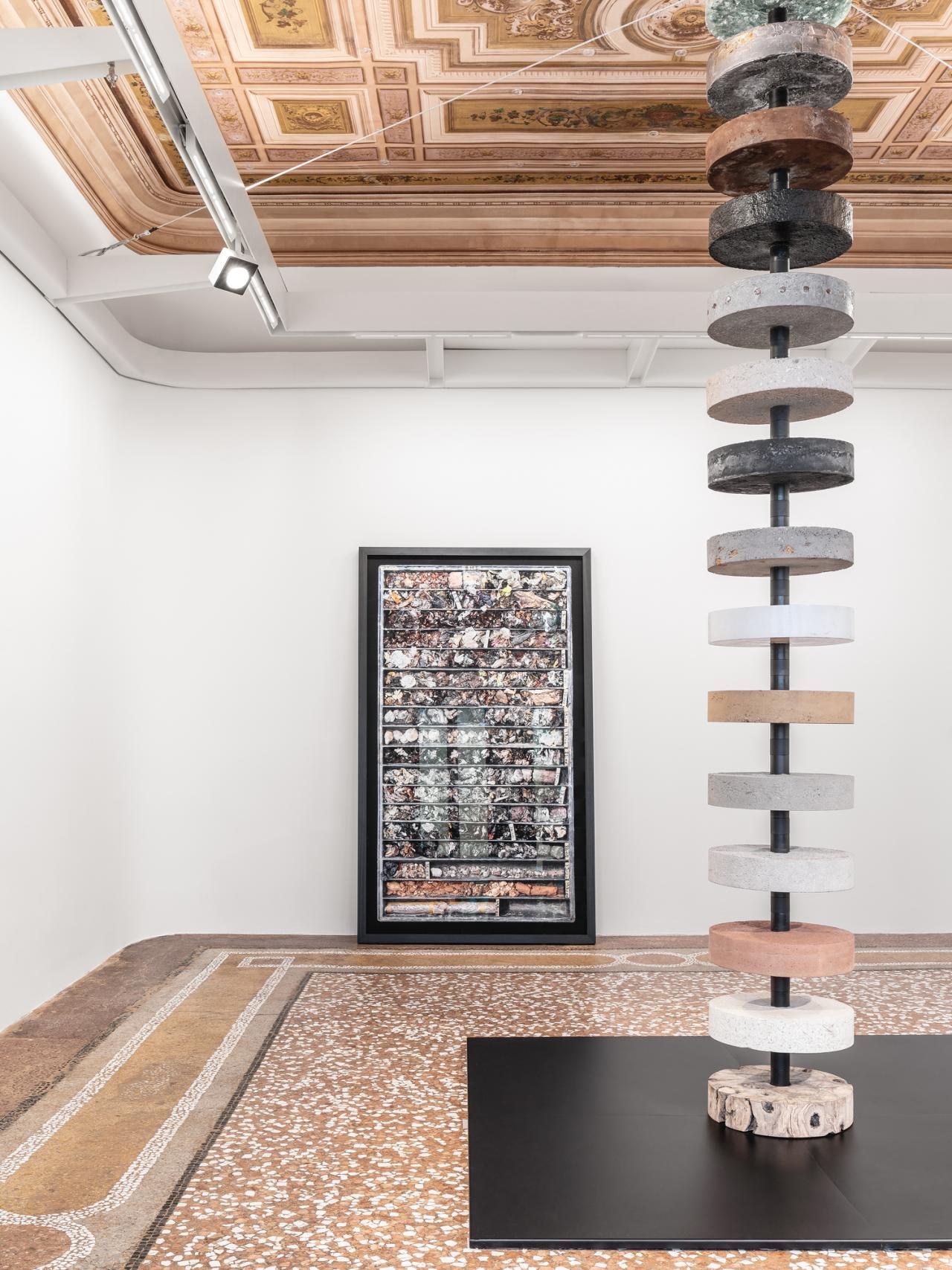 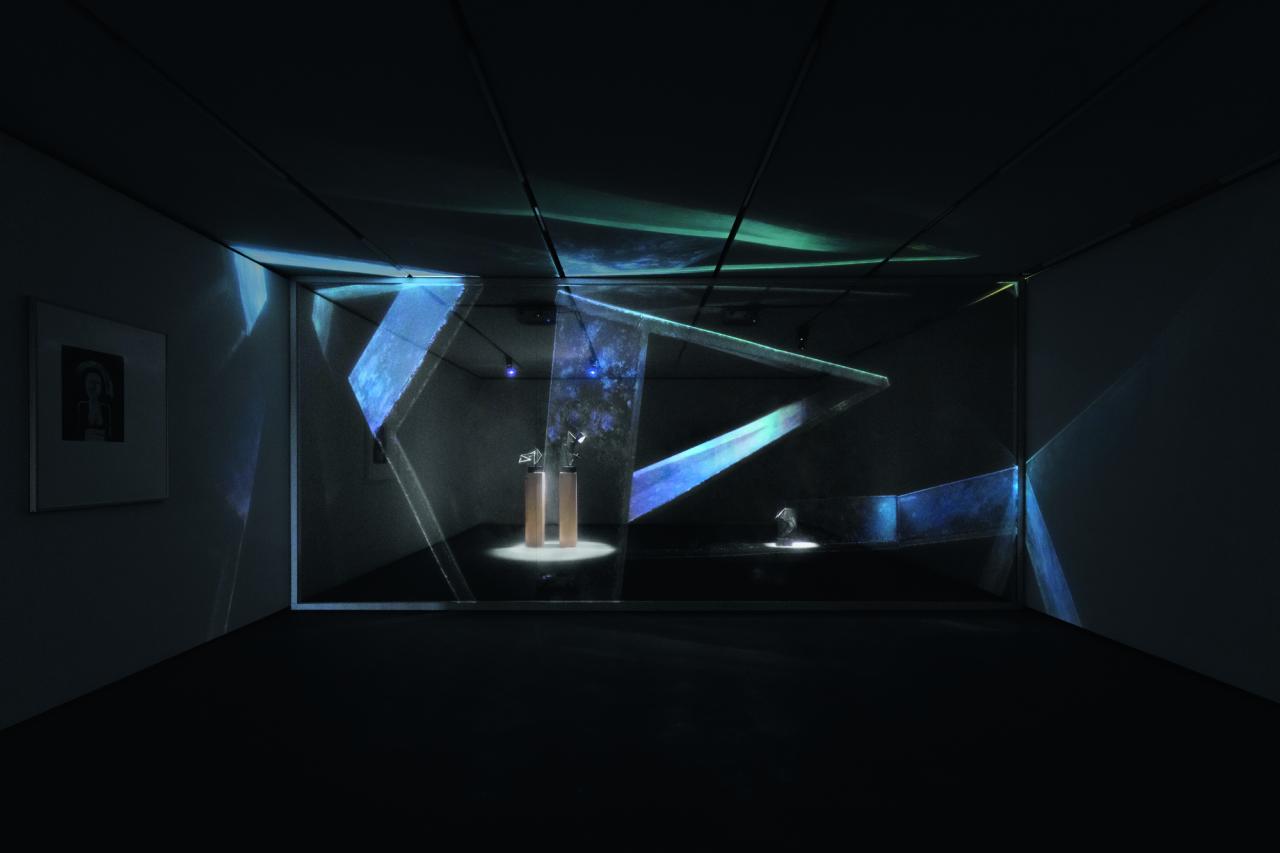 Eva Scharrer: Where does the title of the exhibition you’ve cocurated with Maria Kramar come from?

Omar Kholeif: A year before the exhibition opened I invited the artists to Venice to have a conversation about our current view of modernity – which I see as a metaphor for progress – and which in turn I saw as a comment on speed, the speed by which we live in our current society. Trevor Paglen then mentioned this Soviet novel called Time, Forward! [by Valentin Kataev, 1932]. And it stuck with me. Now the novel is about impossible labour conditions and has all other sorts of connotations, but I loved the construction of the title. First “Time”, then a comma, a moment for pause and reflection, before charging “Forward!” This is an exhibition that I knew was going to be about different modalities and temporalities – speeding up and slowing down, and this title perfectly encapsulates that. And the fact that it came from one of my favorite artists made it even more perfect.

I was impressed by the high quality and complexity – in terms of content but also of technical execution – of the works, all of which were new commissions. Could you elaborate on two or three works in the show, and how they echo an idea of a relativity or new understanding of time?

The show really is an adventure that is to be experienced in succession. Walid Raad has been working on a project called Scratching on things I could disavow since 2007, looking at a history of art and institutional infrastructure in the Arab world. So I thought, what if I sent him to Russia – what could that do to the work? Would it shift it in any way? Walid says: “Essentially, the work engages how violence affects artworks in an immaterial manner. In certain times of extreme ‘trouble’, art retreats from the world. It hides itself in another space/time. And it is very difficult to “draw it out” from its hiding place/time. One needs the proper ‘lure’, or ‘attractor.’”

Rosa Barba is looking at a community that has been shifted by the melting of a glacier – which has created an economy, crops, growth – but what is this acceleration, should it be celebrated or should we absolve ourselves from it? It is literally fleeting from our hands. Deeper in the show, we see Trevor Paglen’s From Apple to Kleptomaniac (Pictures and Words) (2019) – a site-specific work that asks: how do machines see, how do they see us, how do we see them, and how will we be seen in the future? We start to realise that these machines make judgements based on the images that they are fed through the ImageNet archive. The installation takes on the beautiful form of Magritte’s The Treachery of Images (1929). The rest of the exhibition functions akin to a series of time machines. Joana Hadjithomas and Khalil Joreige look at the materiality of the earth and what we will leave behind, while Aleksandra Domanoviė creates a sarcophagus that narrates a futuristic process of in-vitro breeding. There is so much more. Adam Linder’s vacations in Venice, Daria Irincheeva’s markers of the Earth’s fleeting disaster, Christopher Kulendran Thomas and Annika Kuhlmann’s multimedia projection Being Human, asking what human rights could look like in the future of machine-learning ...

The show at V-A-C Zattere overlaps with the Sharjah Biennial 14, where your exhibition, one of three, also deals with the notion of time. Did you develop both exhibitions in parallel, or did one grow out of the other?

These were two very distinct projects and have nothing to do with each other. In the exhibition “Making New Time” at the Sharjah Biennial, I am actually more interested in bringing figures who have been marginalised into the limelight. It is also very formalist in its approach. But yes, time is in the title of both – that is because I believe all exhibitions to be about a kind of temporal order – one that is constantly shifting, like mercury, through our hands.