What is the technosphere? 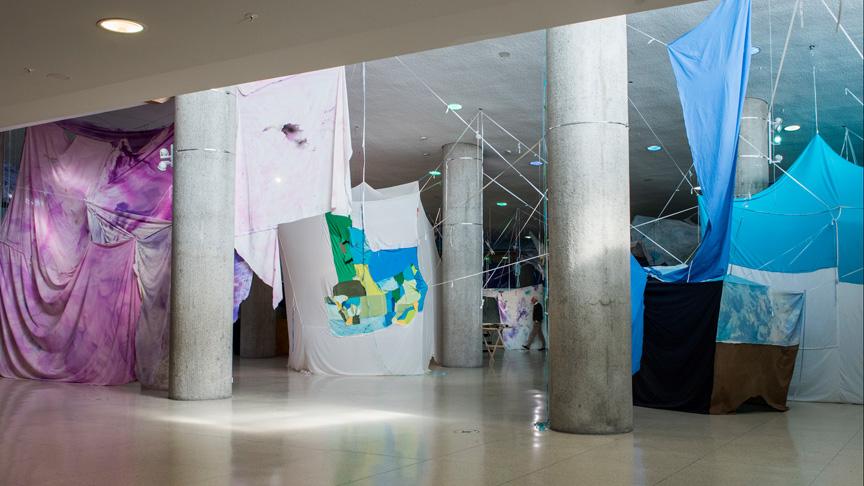 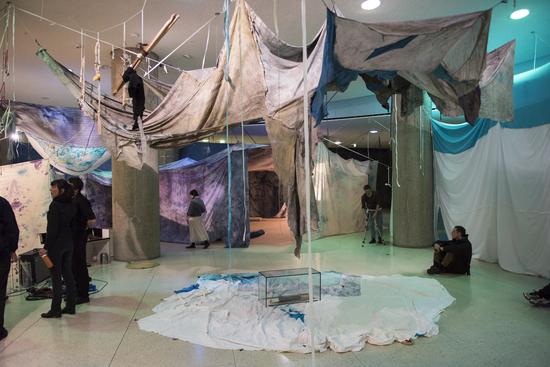 Taking place at Haus der Kulturen der Welt in Berlin "Technosphere, Now" was the inaugural event of a four-year research project into global technology and its identity. Our writer visited the one-day conference, thought about Berghain and water on Mars, and was left with some answers and a lot of questions.

Over the last few years, ontologies of the now have proliferated. Appropriately for Berlin, the newest addition to the firmament is named ‘technosphere’. The term brings to mind Clare Danes’ recent trip to Berghain: “the best club in the world where naked people party all weekend” she told a wide-eyed Ellen DeGeneres, rather than a dry, sparsely attended academic conference at the Haus der Kulturen der Welt.

There is an urgency to replace the ‘Contemporary’ as ontology of the present, as, it is argued, it fails to reflect the complexity of the Anthropocene and the catastrophic impact humans have had on the biosphere. Accordingly, the HKW have inaugurated a four-year research programme entitled 100 Years of Now, of which the investigation into the technosphere formed a significant segment. By the beginning of the conference the announcement that scientists have found water on Mars had flooded all of News Feeds and this discovery, coupled with a renewed interest in space colonies presented as a form of utopia, has given a new urgency to theorising the connections between humans and technology, which was the conference’s larger aim.

Media theorists, geologists, historians of both sciences and arts gathered on October 2nd in Berlin to debate the characteristics of the technosphere: presentations on the beef industry in Fray Bentos, Uruguay were followed by lectures on the phosphorus cycle and data as a living being. Each of these is an example of the technosphere in action, given its rather woolly definition as “what happens when technology rivals nature in shaping the earth, and technology becomes a geological force.”

But what is that technology – vast, large-scale mines? NSA surveillance? The somewhat vague outlines of the technosphere are a key difficulty in establishing it as a theory.

Peter K. Haff, who first postulated the theory in April 2014, defined it as the connection between people and artefacts such as computers and radios, and these connections are flows of energy (electricity), mass (goods) and information, and then attempted a précis. However, it rapidly became apparent that most participants disagreed on the fundamental outline of the technosphere, namely whether it was a digital/cybernetic or a social phenomenon.

The technosphere is related to the Anthropocene, the geological era when humans have emerged as the dominant forces shaping the planet. As historian Birgit Schneider noted, the former describes an epoch, whereas the latter is a spatial phenomenon (as the term ‘sphere’ implies). The cybernetic aspect of the technosphere relates to the increasing autonomy of technology and coincides with the shift of the anthropocentric approach to outside perspectives. Agency is no longer just human, and is tied to flows rather than singular events. Here we have a Foucauldian apparatus, a new Society of Control, as the media theorist Erich Hörl argued, where control is inscribed in the technological matrix.

All this left the audience rather nonplussed, one woman commented rather agitatedly, “but you see, the only point here is that Haff promotes his own definition. There is no clear answer.” A gently balding academic said to a younger colleague, “The question is, what do you want to describe with this?” The presenters appeared just as divided, with one commenting, “There are so many problems still.”

Phosphorus as a case study for the technosphere formed another session. Phosphorus is essential for survival: it is present in DNA and plays a vital part in generating cell energy, and is a necessary ingredient in plant fertilisers. But too much phosphorus has a debilitating effect on ecosystems, with fertiliser run off causing algae bloom and destroying ecosystems. Over the course of the panel narratives emerge, mainly about battles of access for resources and the history of power, and the ecological dynamics of colonialism and imperialism through the system of mining phosphorus. The onset of technosphere signals replacement of ‘natural’ biospheric resources by mining and exploitation of fossil resources with large-scale landscape destruction. The human subject is swept away by a collectively triggered stream of events that are rocketing out of control. The heroic figure of modernism has finally self-destructed, hoisted by his own petard, forced into the acknowledgement that he cannot occupy a position detrimental to all other entities. Anthropologist Zachary Caple noted, “We understand power but we don’t understand fertility” apparently unaware of the irony of his statement given that the session consisted of white males discussing colonial legacies.

As a HKW curator commented at lunch, “the HKW is trying to create weird spaces for these discussions to happen.” However, lurching from cybernetics, to phosphorus, to A.N. Whitehead’s claim that every entity is in a relationship with all other entities, still fails to frame the claims of the technosphere as an ontology. While there is a great deal of interest in understanding the wider implications of the relationship between the human and their position in the network, this conference was very much a closed shop, restricted to an academic natural science debate. For artists and cultural theorists, trendy hashtag theories such as the Anthropocene and the technosphere render utopias tangible, however, in the HKW it was difficult to discern the theory's implications and connections to the wider general discussion. The technosphere, outside of Berghain, despite the drawn-out debates, still eluded us.

Jeni Fulton is a writer and editor based in Berlin. She is the Art/Commissioning editor for Sleek Magazine, and recently completed her doctoral dissertation on value in 21st century art.