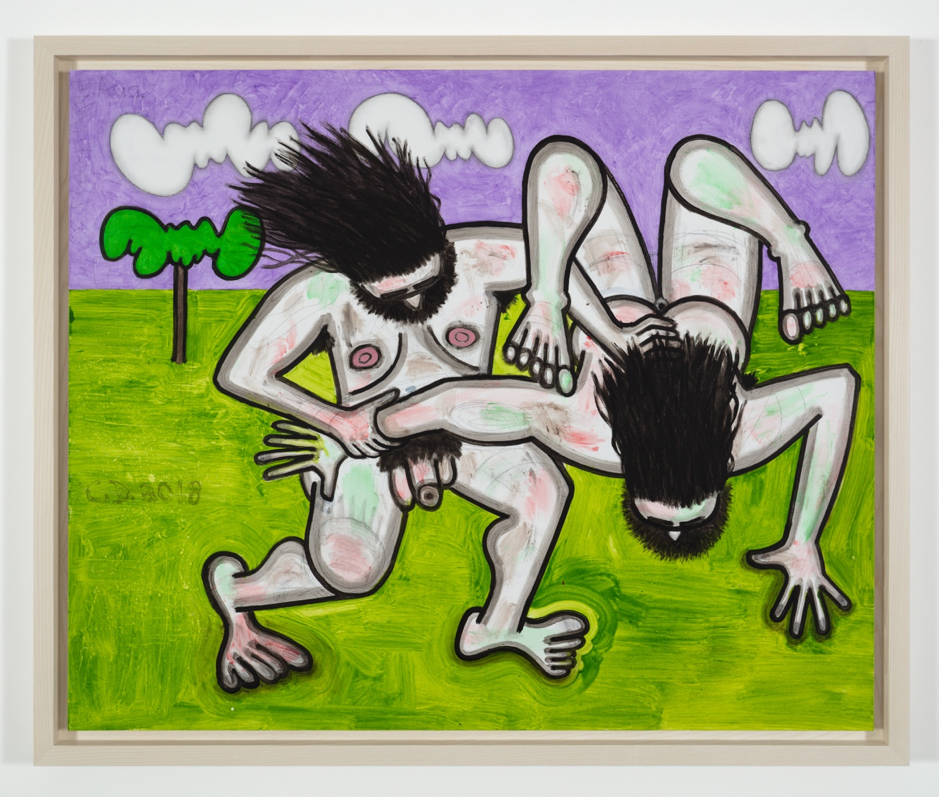 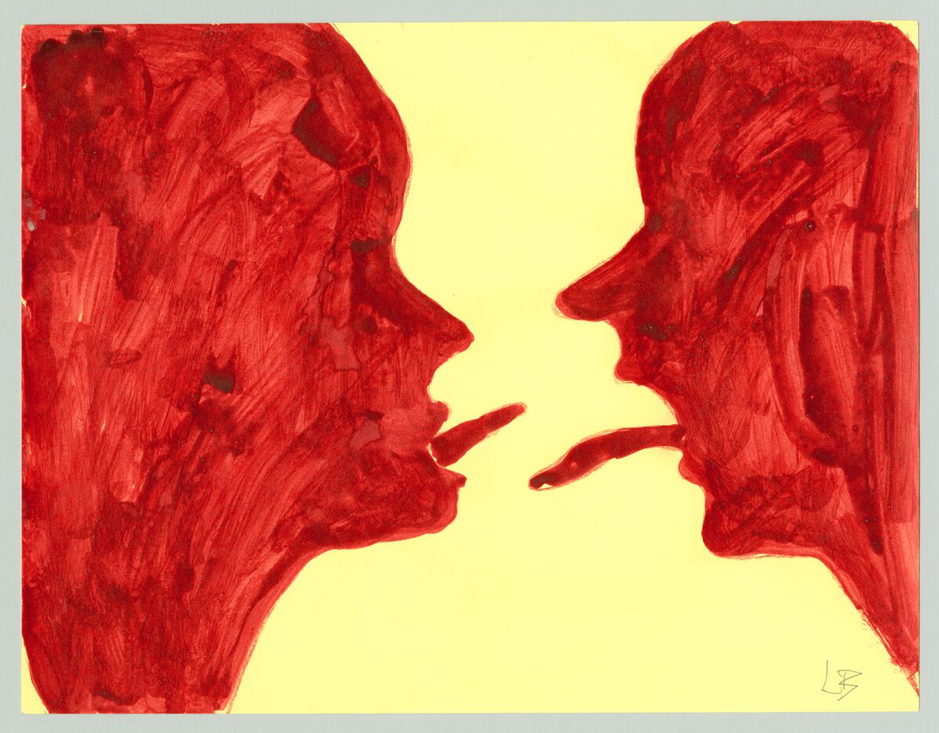 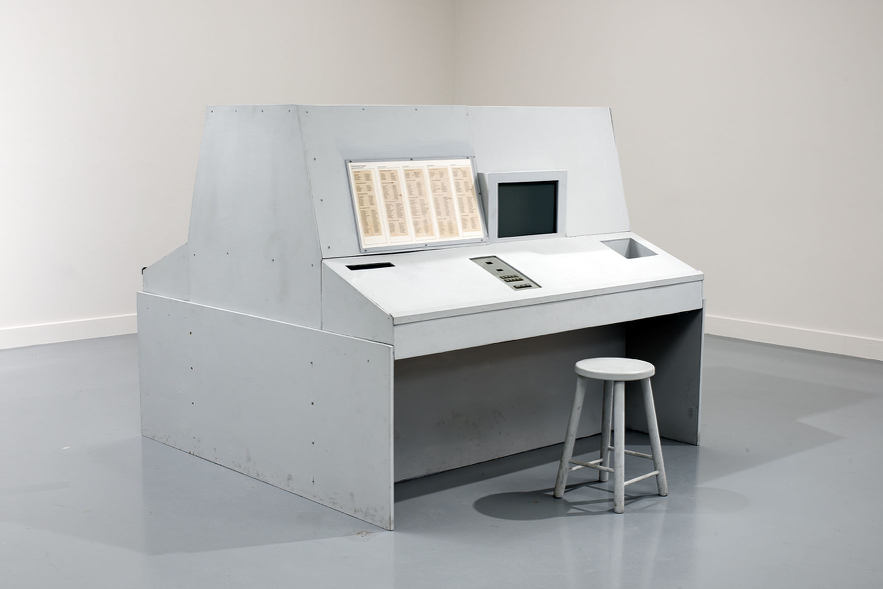 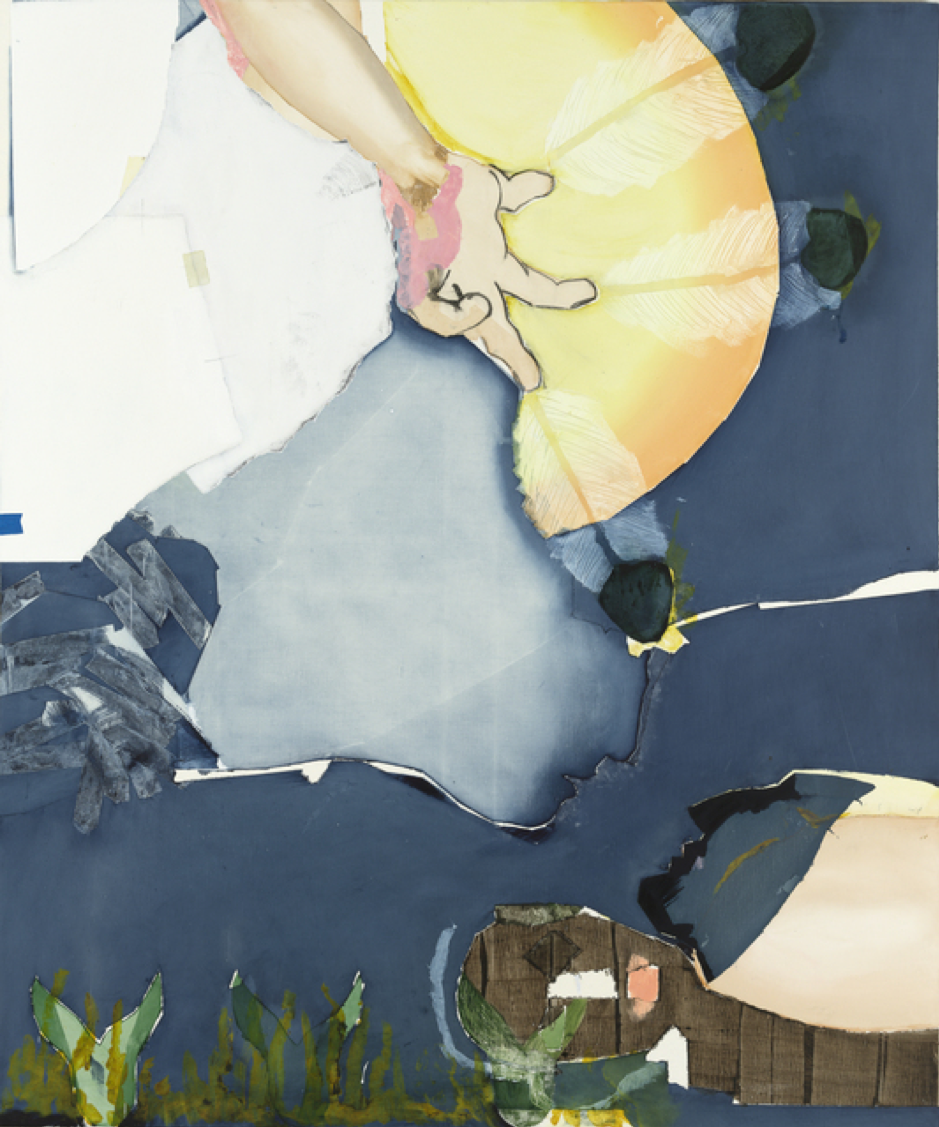 There are lots of dicks in the exhibitions in Zurich at the moment. Sometimes, as with Monica Bonvicini’s glass ones in Duchampian bottle rack at Galerie Peter Kilchmann, they have to do with the phallologocentrism of art history x patriarchal capitalism, but mostly the penises are not so much an aestheticized proxy for 90s politicodiscursotheorie but something more immediate, more aggressive, more corporeal. A retinal shock Duchamp wouldn’t have liked is in Judith Bernstein’s paintings at Karma International, where dicks are shown along with a handful of equally oversize, equally day-glo vaginas dentatas.

Dealing with the return of the repressed is a never-ending job. The pairing of Louise Bourgeois and Pablo Picasso at Hauser & Wirth has such strong work from both artists that the premise of the show pays off, even though you might assume that this game of matching pairs between big-shots is above all a way to consolidate the already unassailable status of these two canonical figures. But such resistance is only possible from afar; in the gallery, you feel the bristling power of the works, including some surprises, stirring around all those encrustations inside your brain and liquefying them and feeding them into and out of a collective unconscious through crazy intense levels of understanding and technique.

Over at Eva Presenhuber, the force of Carroll Dunham’s “Wrestlers” unfolds over several rooms: high-impact, fluorescent colours, black blacks in confident outlines and green greens and schoolyard cock-drawings and round bum-cheeks and long hair and big beards. Each painting instantly legible, but as the plot unfolds the parcours of the exhibition takes you through a series of stills from the fight of the century, with more and more payback and drama until the A/B scenarios of the last room’s Blue Ending (2019) and Red Ending (2018), the second of which is more violent, in that the victor holds the gouged-out eyes of his opponent aloft. Red-pill, blue-pill? I’ll take both. These works make everything about the figures, the story, and the backgrounds seem essential, considered, and funny, down to bounce-writing clouds or a spectating doggie. Their cumulative force enters your brain with an impact that you can make as metaphorical as you like.

Memes are the message. From normal brain to galaxy brain, the remnants of critique are capsuled into aphorisms to trigger your like-thumb. But Stephen Willats at the Migros Museum für Gegenwartskunst offers a corrective to the coursing flood of eye and brain candy. This is art with an agenda, it wants to make you look differently and it makes you want to look differently as you trace his lines from A to B to C, figuring out contexts and interrelationships, the connections between class and society and art, the parallels between interpreting images and interpreting the world, and working through the task of doing both: there’s no doubt it has a job to do, and you, the viewer, too. The show presents a hugely ambitious activation, actualisation, of the idea of a committed art; it continually intensifies as its aesthetics and politics outdo one another. The game/artwork Meta Filter (1975), which I played with curator Tenzing Barshee, slows the process of looking right down, puts you in dialogue with someone else’s interpretation of the inner world of the figures in a sequence of black-and-white photographs, showing how what you think you see is only part of the story. Object and subject get muddled and you’re soon standing on the puzzle pieces of what could be a shared reality based upon the idea of practicing the act of empathetic interpretation.

Also Magnus Plessen at Mai 36 Galerie. Boom: painting. Forgive me for quoting the press release, but it’s true and tricky and astounding how these abstract-figurative, collaged and painted constellations of colours and forms really do “radiate a quiet optimism”. Figuring out where it comes from is hard to say; there is pain and violence and suffering here. But some of their buoyancy might come from the fact that with these works the artist has turned away from the war paintings he made between 2014 and 2018; but maybe it’s just that he has long aimed at making – in his words – “completely unsentimental” paintings. In these combinations of sketches, stencilled elements, collage, and painterly techniques are body parts, bits of machines, abstract-industrial fields of colour, perhaps Don Quixote’s horse, sometimes blood. Recalling Amy Sillman, Wolfgang Betke, bits of Albert Oehlen and sometimes Hannah Höch, Plessen’s paintings seem tender and precise in finding a way to make sense via painting – somehow, to offer relief – through their engagement with and processing of the messiness & brokennness or whatever it is the here and now is made of.

And last but not least, Josef Strau at Francesca Pia: the actual art kept reduced, minimal interventions on store-bought wood with gold and silver foil and special tacks and lines of biro: a cross between doodles, celestial objects, illuminated manuscripts. Deliberately imperfect, and yet the text beneath them, pasted behind them over and over again around the gallery, showed Strau in his element, as a honest romantic, speaking of the buzz and the solace of finding the best answer to that most American question, what do you do? – “I paint angels.”

Screen grab from online version of text accompanying “Josef Strau: How to be an Angel Painter” at Francesca Pia, Zurich