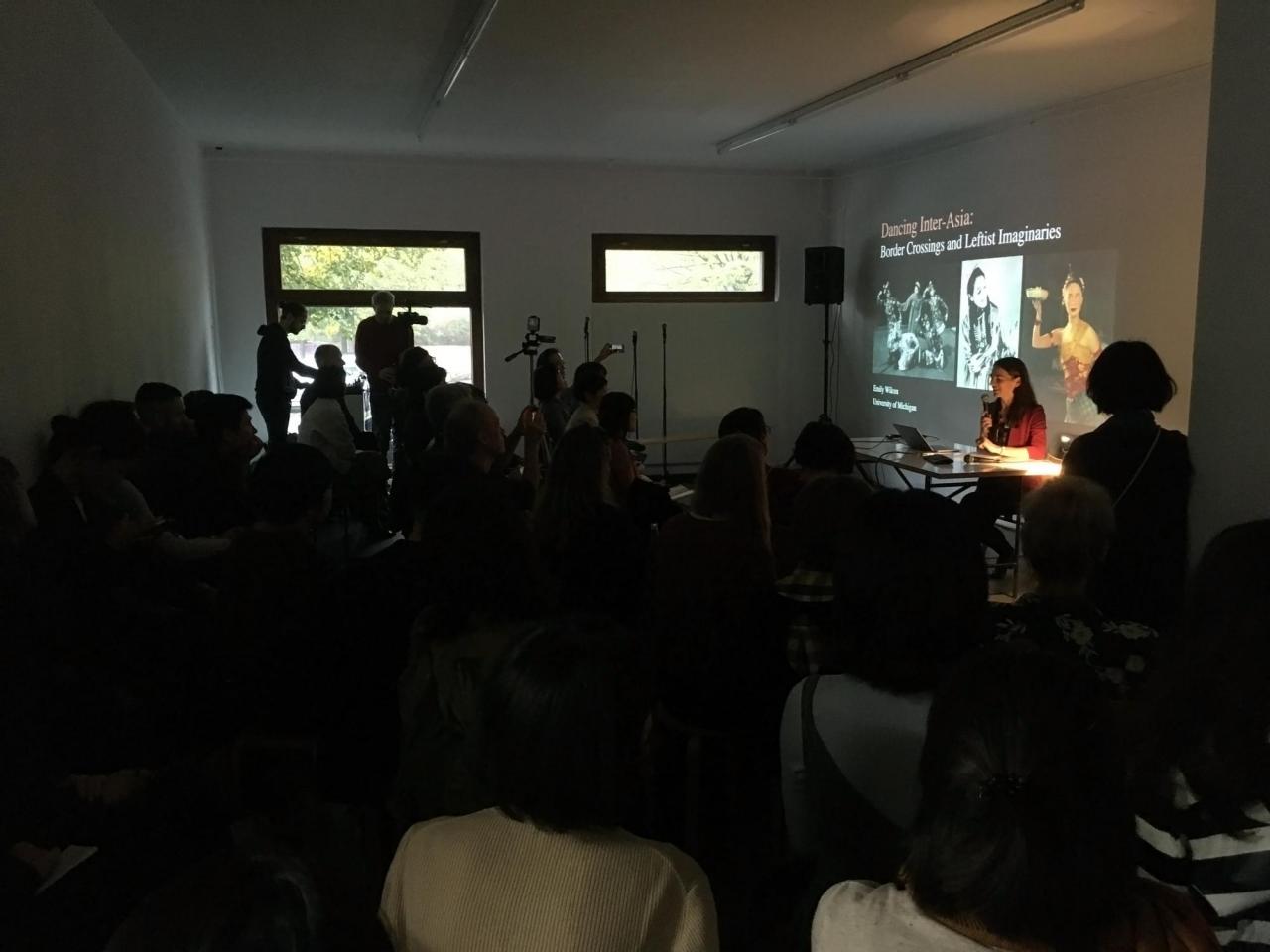 THE 8TH PARA-CURATORIAL SYMPOSIUM
Floating Constellation: Border-Crossing Exchanges Within and Beyond Asia

Exchanges of thought lines, images, and bodies within and beyond Asia have existed prior to and during the period of colonial trade, through the peak of modernist and nationalist movements in the early 20th century, and till the end of the Pacific War. The floating constellation in the cultural arena across borders of ideology and cultural forms paralleled narratives and histories besides the diplomatic events of the Non-Aligned Movement and Bandung Conference sanctioned by the young nation-states and ruling parties. While anecdotal and personal encounters are heavily overshadowed by the antagonistic hegemony of the Cold War, their manifestations are not necessarily archived and materialized in museum collections in the Asian context. In view of this, individual researchers, scholars, and artists are actively revisiting, speculating, or embodying the flow of different regions and chronologies that challenge the dichotomy of ideological camps.

The symposium will unfold the interrogation of global modernity by focusing on the transformative and transnational trajectories within and beyond Asia. Asian artists who embarked on trips to study in Paris, Tokyo, and, later, New York in the 20th century demonstrate what Kobena Mercer called “syncretic vitalism,” which does not result from one-directional disseminations and assimilations. It is a process of conflictual mutation and correlation that leaps into the present/future of mediascapes or “the imagined worlds,” in Arjun Appadurai’s words, which is constantly shuffled by our complex and dynamic collective desire for a fixed history and identity. In this two-day assembly, the legacies of art and revolution, decolonization and anti-imperialism, feminism and nationalist movement will be scrutinized with selected cases from Asia.

The para-curatorial series is initiated by Guangdong Times Museum and Nikita Yingqian Cai, the chief curator of the museum, and is a discursive platform that aims at situating the critical mediation of art within a broader social, economic, and cultural context. The para- of “the curatorial” designates the multiplicity of curatorial practices as transdisciplinary forms of visual production and knowledge exchange, which challenge the politics of representation and paradigm of exhibition making. By activating such assemblies and encounters, the temporary institution becomes a mobile coalition of community center, laboratory, and academy. Past events of para-curatorial series include: No Ground Underneath: Curating on the Nexus of Changes (2012), Active Withdrawal: Weak Institutionalism and the Institutionalization of Art Practice (2013), Cultivate or Revolutionize? Life between Apartment and Farmland (2014), Between Knowing and Unknowing: Research in-and-through Art (2015), Reciprocal Encounters: The Enactment of Collecting and its Modes of Representation (2016), and In the Name of “Archive”: Re-imagining History as Contemporary Art Practice (2017) and South of the South: Rhetorics of Geography and Imageries of Delinking (2018).