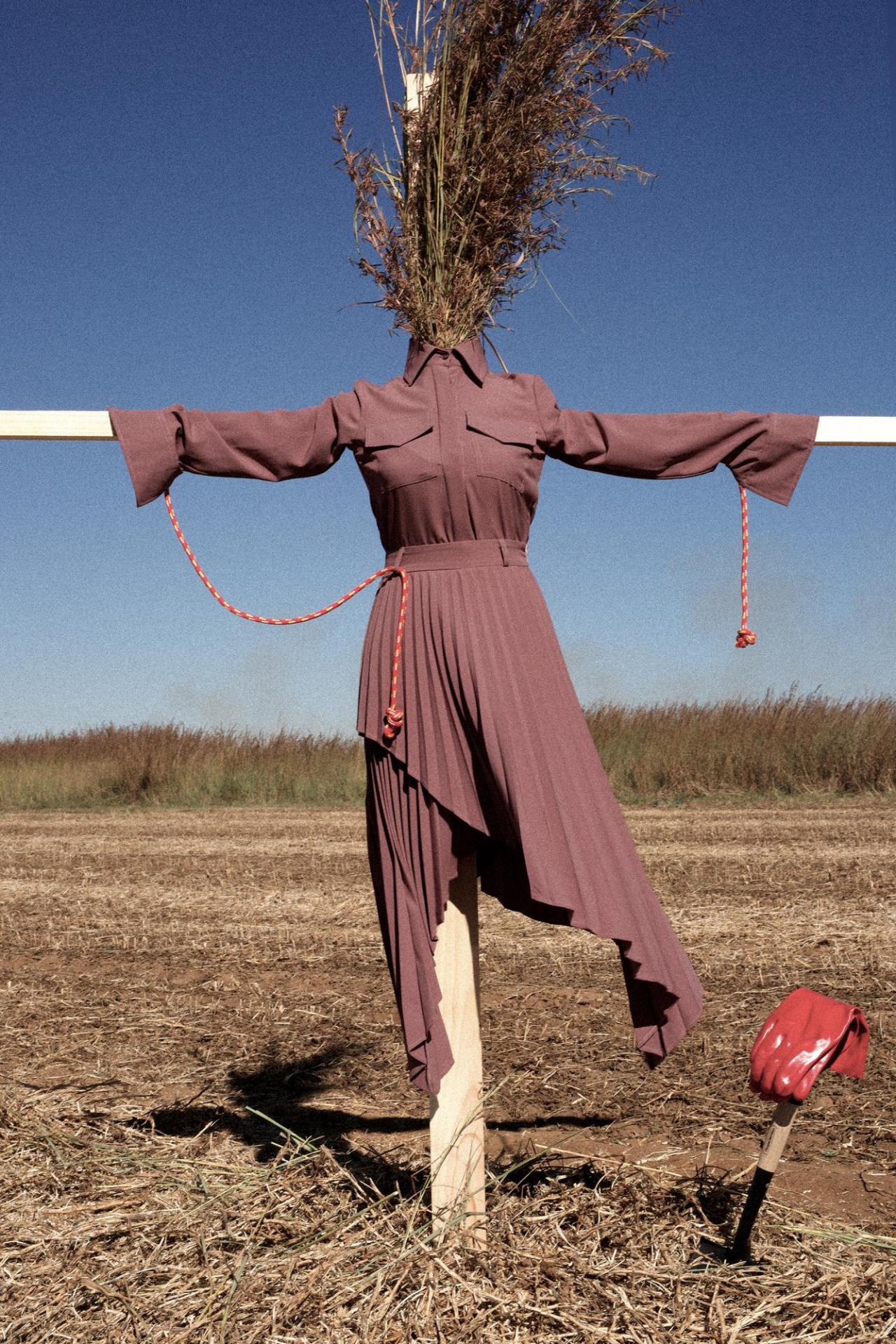 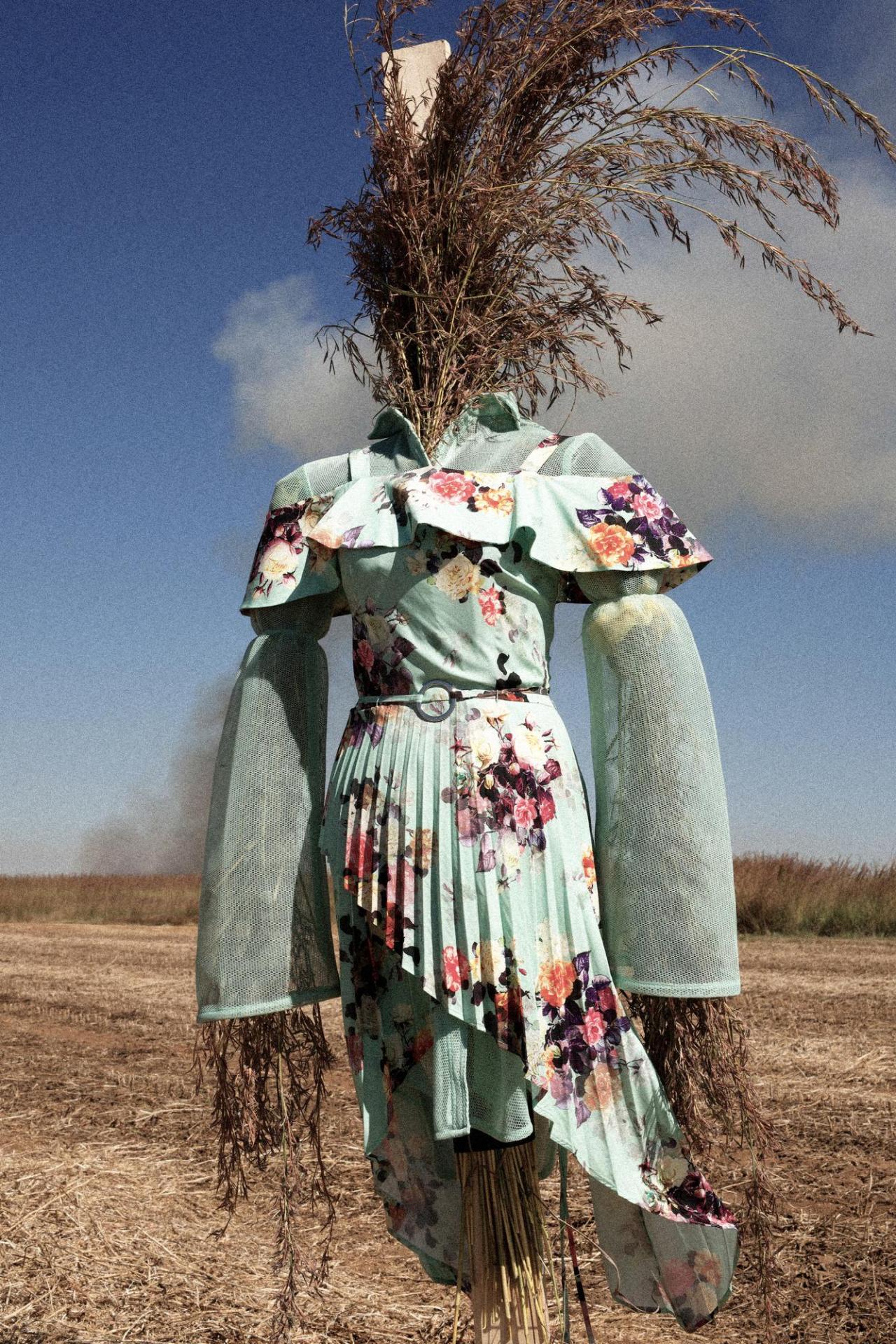 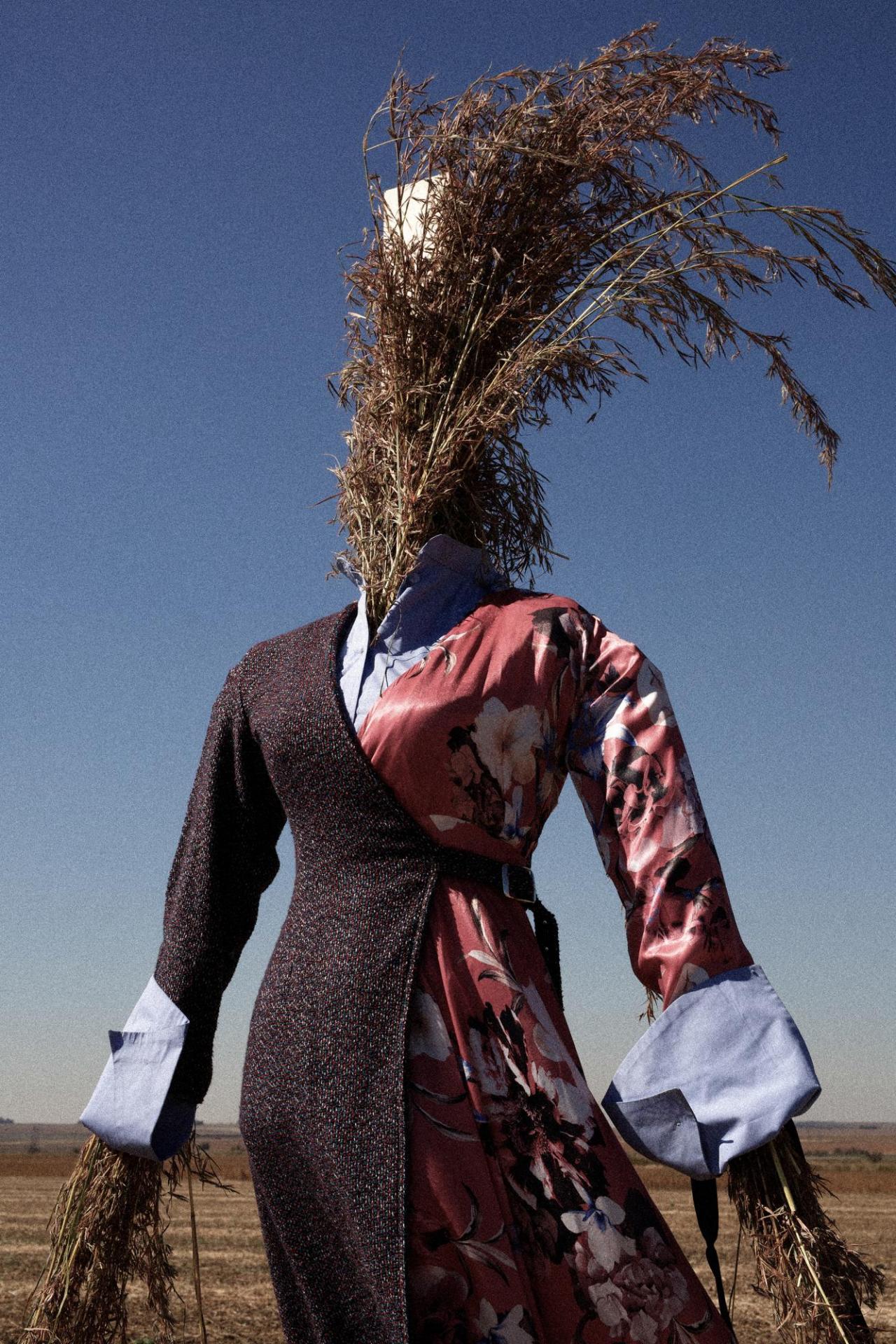 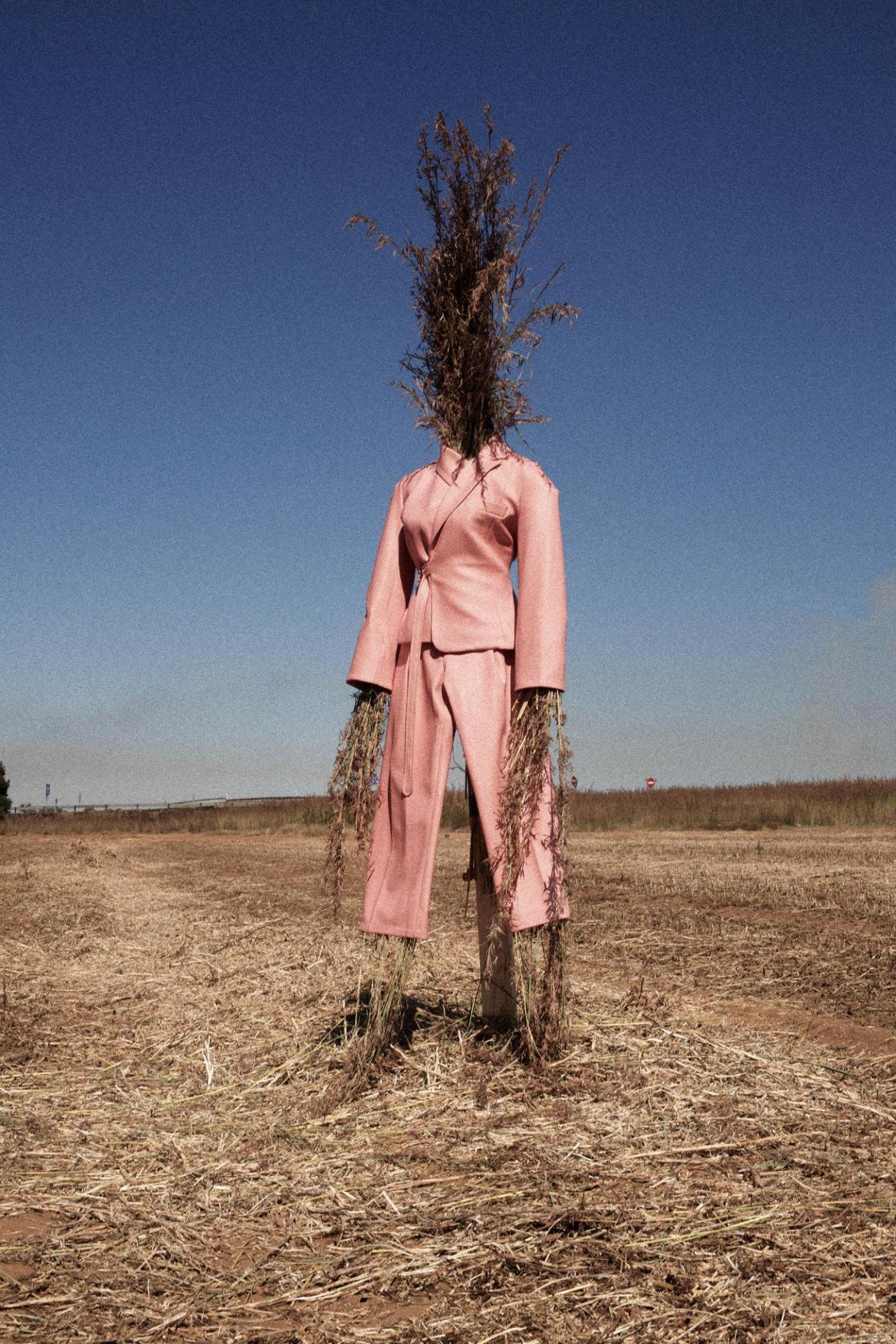 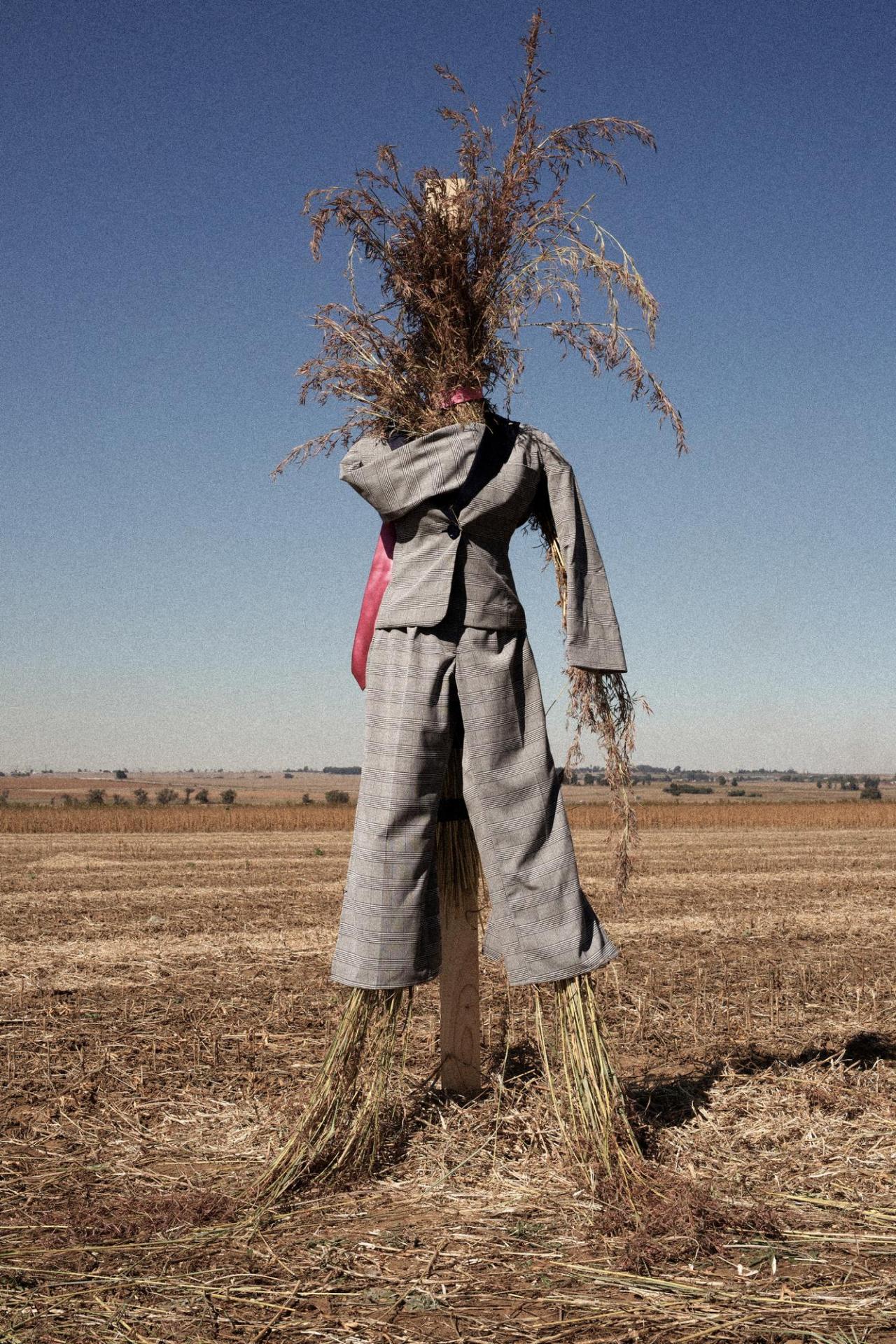 It’s a lot of work being a young designer these days – perhaps more so than ever. One American designer reported nearly going out of business in the wake of their nomination for the LVMH Prize, the coveted, industry-backed talent competition that requires consistent self-promotion and repeated presentations to a jury in Paris over the course of an entire year, with only a small hope for a cash-backed win. Across the world’s fashion capitals, multinational corporations from Mercedes Benz to Topshop are keen on associating themselves with young independent fashion designers through scholarships, sponsorships, and prizes – although only until they pose an actual competition to these sponsors’ monolithic power, after which they are either crushed or absorbed. But in the digital, post-Fordist fashion industrial complex of the late 2010s, this is the paradox: the industry craves “talent” but fails to ensure the actual livelihood of its freshest, most ingenious faces. Instead, the young fashion practitioners of today must forget about old romantic notions of stable, individual authorship, and fashion (pun intended) themselves as multi-skilled workers across design, manufacture, mediation, and promotion in order to make ends meet in the hyper-accelerated industry – by now as corporate as any other. Is it time to leave the fashion system behind and if so, where do we go?

The problem with fashion is not its business, but rather its awkward position between aesthetics and industry, autonomy and utility. As an aesthetic practice on the threshold between art and not-art, fashion bears the promise of a kind of artistic authorship comparable to that of art, yet remains chained to its own industrial systems of production – quite literally, the labour-intensive manufacturing of garments, which formed a cornerstone of the industrial revolution and its later disastrous mutations across the globe. If fashion is (as it has been) understood as the art of modern capitalist society, enacted and disseminated via the runway, the magazine, and the shopping mall, it is an art of intense capitalist accumulation by way of a fusion between commodity and aesthetics – hence its popular demonisation by the art world, which sees in fashion its own image as the de-facto future of capitalist speculation.

While artists have always made clothing, it was only by the early 1970s (with avant-garde designers such as Thierry Mugler and Comme des Garcons) that fashion began to be considered an “art in its own right”.

Before, couturiers had figured as equally coveted makers of clothing, but these always remained highly corporate endeavours in close connection to the mass-market. As art schools launched their own fashion programmes in the 70s and 80s, rubbing shoulders with art both socially and formally, the space was carved out in the industry for “independent avant-garde fashion” as we know it today. Here, fashion is rendered (much like art) as a sacred kind of consumption as well as an artistic practice, strongly defined by aesthetic appreciation and critical reflexivity, and premised on active social participation and insider knowledge. These practices were championed by adventurous curators who placed the work of young designers in fine-art museums, and by buyers from highly curated concept stores (exhibition spaces in their own right) that catered to a new, culturally versed consumer with cash to spend. In the last three decades of the twentieth century, fashion came into itself, and was rendered a semi-autonomous aesthetic practice with critical depth.

But in consumer capitalism, nothing lasts forever – and by the late 90s, this model was already crumbling at the edges. As fashion globalised and embraced post-industrial media technologies, corporations began aggressively outsourcing production chains to countries like China, Turkey, and Bangladesh to cut costs, while designers big and small were forced to accelerate production through “pre-” and “resort” collections in order to compete in the dyssynchronous pace of global consumption. The rapidly growing model of high-street fast fashion challenged luxury and ready-to-wear, which in turn stretched its authorship to an ever-expanding consumer landscape of perfume, cosmetics, accessories, denim, travel, and home goods through outsourced but lucrative licencing deals. In this “go big or go home”-type scenario, independent talents with small, in-house manufacturing were unable to compete in the evermore ferocious market of cheap, mass-produced clothing, and as a result, the 2000s saw many of the most experimental voices of 90s fashion vanish or bought up by luxury conglomerates, who as a result only grew in scale, power, and ambition.

Today, the fashion world has morphed into a field of totalised corporate capitalist realism, where we consume the seasonal visual tactics of prominent labels in their attempt to satisfy stakeholders, not unlike a piece of good reality television. For young designers, there’s still money to be made in fashion (still much more than in art) but today it’s less about your individual signature and more about providing services for corporations that compete with each other in high-stakes branding experiments on the back of overworked creative directors and their anonymised armies of creative workers, who offer years of unrealised sartorial visions to their all-consuming employers to stay on the team. And that’s not to mention the actual manufacturers of the clothing, who still comprise a largely female workforce in developing countries.

In fact, the corporation encroaches on young fashion workers already in university, where they tap into pools of talent immediately after (or sometimes even during) education – not just to recruit junior design staff, but to develop “mutually gratifying” promotional relationships through ephemeral capsule-collection collaborations, social-media “takeovers”, and simple ambassador style modelling. In this perfectly post-industrialised, image-driven fashion economy, the young designer is no longer rendered an actual creator, but a dematerialised micro-unit of influence: a freelancing myth-in-the-making who supports her livelihood through seasonal talent competitions, short-lived e-retail deals, social media campaigns by magazines (now themselves in the hands of corporations), and underfunded exhibition projects with exhausted contemporary art museums who wish to tap into the youthful “buzz” of the fashion industry. There will be no future avant-garde empires, no new defiant fashion undergrounds, only those sponsored by LVMH, Dover Street Market, SSENSE, or a combination of the three.

It’s paradoxical that it’s exactly the independent fashion talent of yesterday – designers, photographers, editors, and stylists now in their 50s – that in its creative oligopolisation has killed off the professional nesting ground that once spawned that generation’s autodidact careers. If the space of independent fashion is indeed dead, it’s perhaps time to consider new models of fashion practice – or abandon fashion altogether.

JEPPE UGELVIG is a curator and cultural critic living in London and New York.