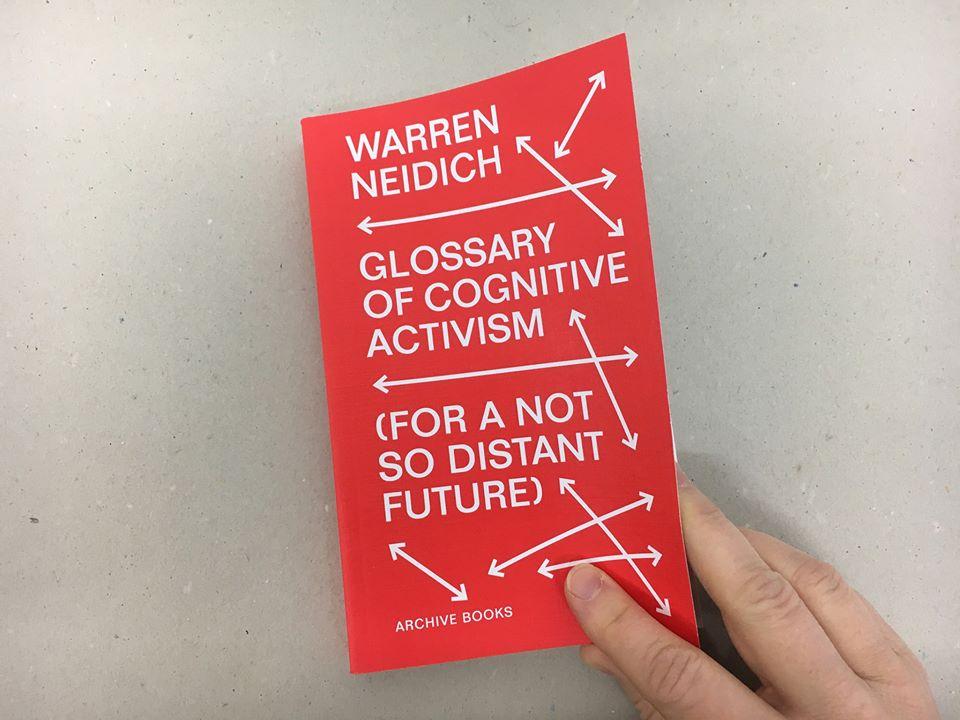 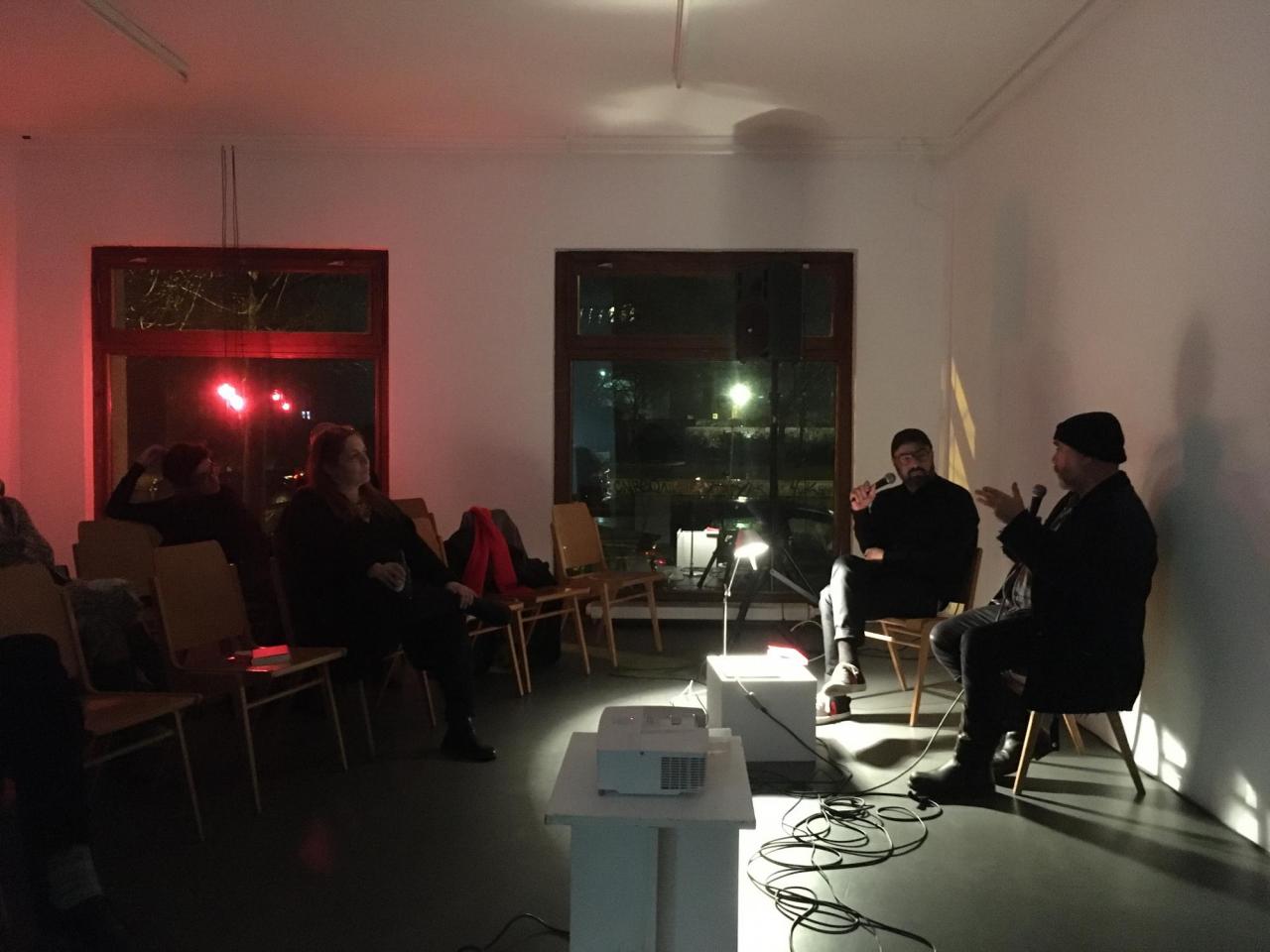 In the GLOSSARY OF COGNITIVE ACTIVISM, (For a Not So Distant Future) published by Archive Books, artist/theorist Warren Neidich suggests that we are moving from an information and knowledge based economy which, as every one already knows from our last election cycle, has dire consequences for individual freedom and democracy, towards a neural based one that introduces its own unique possibilities for control and subject shaping. Neidich is proposing that new neural technologies - already in research and development and on the horizon, such as Brain Computer Interfaces, Artificial intelligence and Optogenetics - have tremendous potential for good but also may add powerful new apparatuses with which sovereignty may be able to shape in ways never before possible our extended and embodied mind and brain. Underlying this effort is a desire to create a new lexicon of 285 terms joining words originating from political philosophy - like immaterial labor, dialectic materialism, machinic intelligence, the common - to those emanating from new media studies - such as click bait, attention economy, memes, meme magic, google bubbles and effects - finally entangling them with a dictionary sourced from neurobiology and cognitive neuroscience such as synapse, cognit, cognitariat, connectome, neural plasticity and epigeneis. Neidich deams this complex repertorie as necessary to understand, confront and resist this new impending reality of the statisticon and singularity where the brain and mind are the central hub in the Internet of Everything and machine intelligence eclipses human intelligence.

To do this he has utilized a theoretical framework, first generated by an association of Italian political philosophers, called Post-operaismo or Post-Workerism. In the midst of a cybernetic revolution performativity and immaterial labor became the predominate forms of labor, emotions have begun to be commoditized and the brain and mind has assumed the role as the new factories of the late 20th and early 21st century. Workers were beginning to be called cognitariats rather then proletariats. The term cognitive capitalism was used to describe these changes. Through his prolific writings at the Saas-Fee Summer Institute of Art, which Neidich founded in 2015, he has explored the repercussions of this change on the production of art and architecture as well as its political, social and economic consequences. Books such as Cognitive Architecture: From Biopoliitcs to Noo-politics (010 publishers) and his now well known The Psychopathologies of Cognitive Capitalism Part 1, 2, and 3 (Archive books) set the stage of his most recent volume. This volume is accompanied by a well vetted interdisciplinary bibliography consisting of such authors as Guy Debord, Franco Berardi, Jodi Dean, Michael Hardt, Christof Koch, Gerald Edelman, Catherine Malabou, Paolo Virno, Sylvia Federicci, Donna Haraway, Mark Fisher and Anne Fausto-Sterling.

The book launch will be accompanied by a screening of "Pizzagate: From Rumor to Delusion", an experimental documentary that describes our post-truth society through the Pizzagate fake news story. The Pizzagate scandal was a conspiracy theory that went viral in which Hilary Clinton and her associates at her campaign offices were accused of running a child sex ring out of the Comet Ping Pong pizza parlor in Washington D.C. It also uncovers the reasons for the madness that motivated Edgar Welch to drive up from North Carolina to free these girls.

"If you want to talk about what is going on in the field of science, technology, neurology, and about the possibility of ending capitalism, you must read Neidich's book.
For the first time someone has done the much needed job of putting together the pieces and of giving us a fragmented but simultaneously consistent picture of the mutation that is changing the world." (Franco Berardi)

"Grounded in years of artistic and intellectual engagement with neuroscientific thinking and Marxist theory, Neidich's glossary is a unique guide into an intellectual debate on the relation between capitalism, cognition, affect and the brain that strikes at the core of contemporary cultural and social change. An unmissable guide for neurocapitalist times!" (Tiziana Terranova)

"We are in the midst of almost unimaginable transformations, mostly caused by technology in the hands of capital. With his Glossary of Cognitive Activism, Warren Neidich offers an irreplaceable guide to the ideas that might enable those of us who are among the 99% (look under Occupy movement) to navigate and perhaps even start to control our new situation. From Acceleration to Zeitgeist by way of Duende, Immaterial labor, and Multitude, the crucial concepts are all laid out clearly here." (Barry Schwabsky)

WARREN NEIDICH is an artist and theorist working and living between Los Angeles and Berlin. He has studied photography, neuroscience, medicine, and architecture in the United States and in Europe.