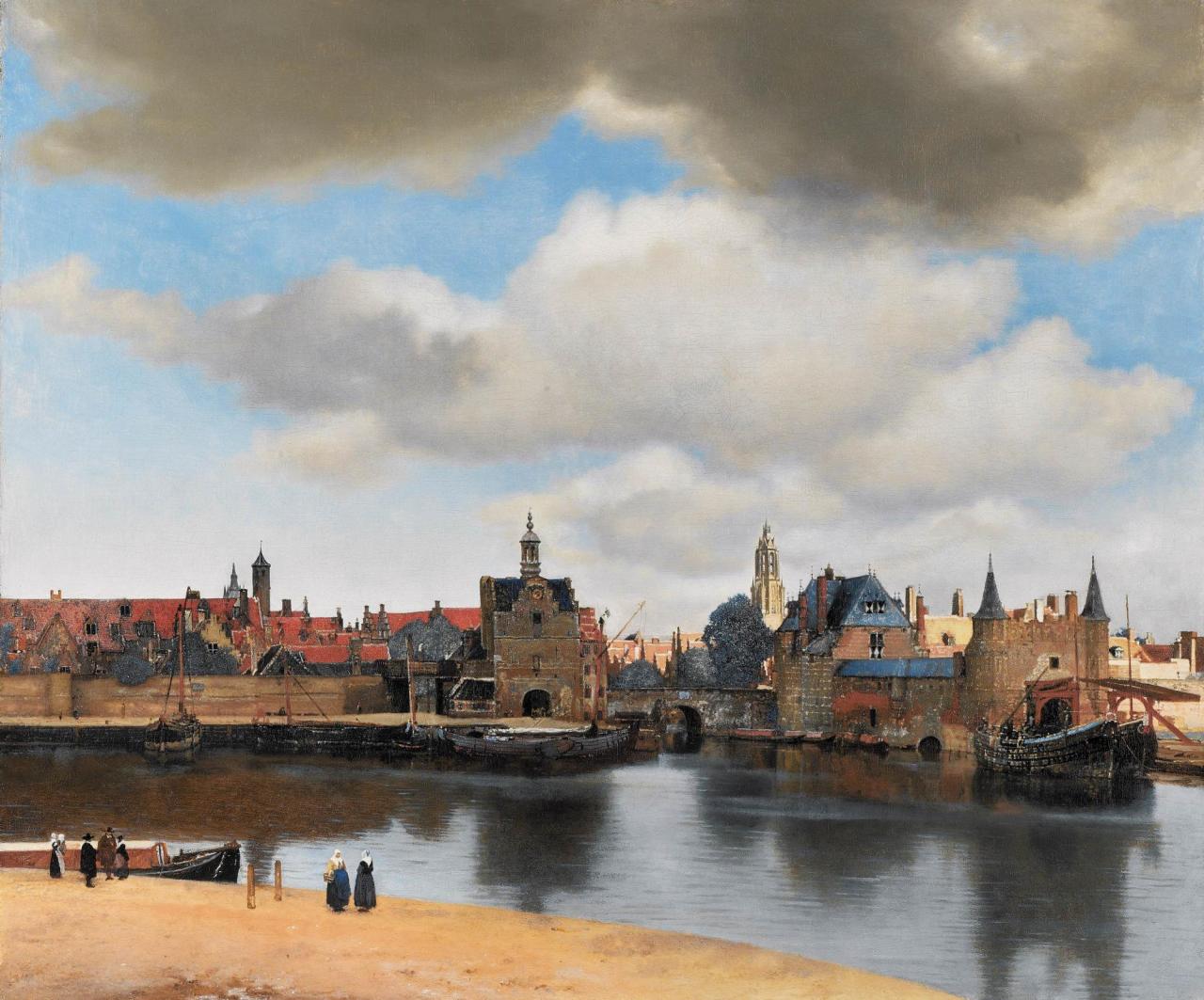 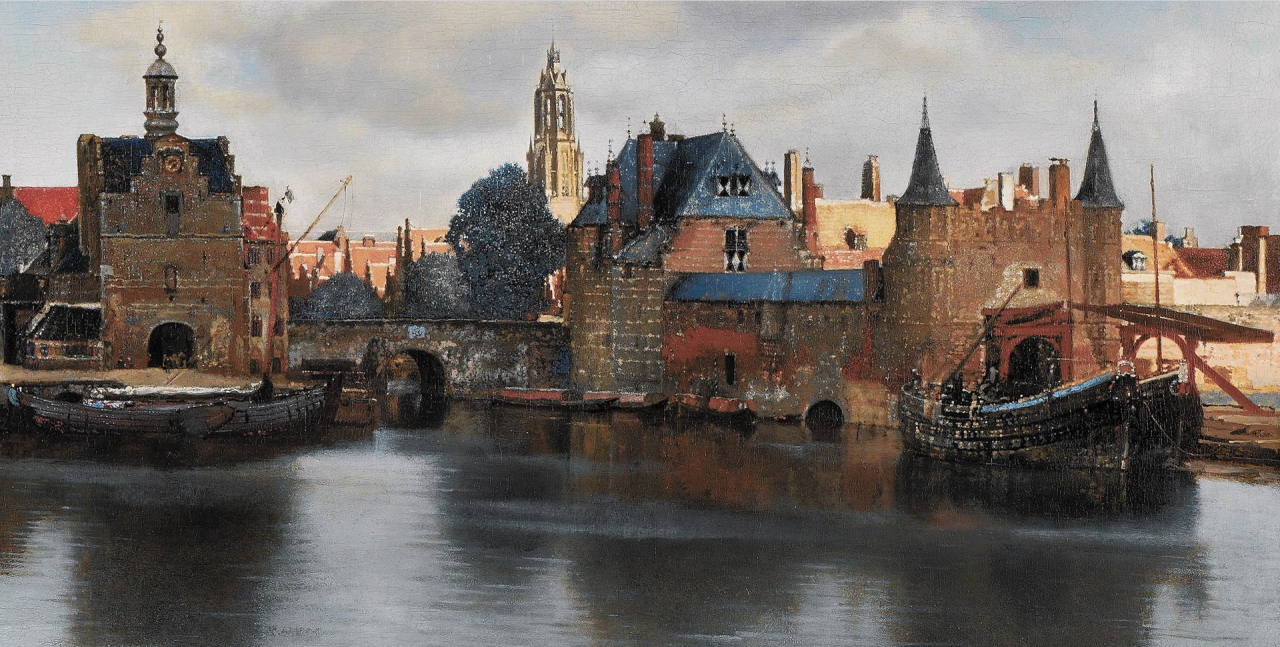 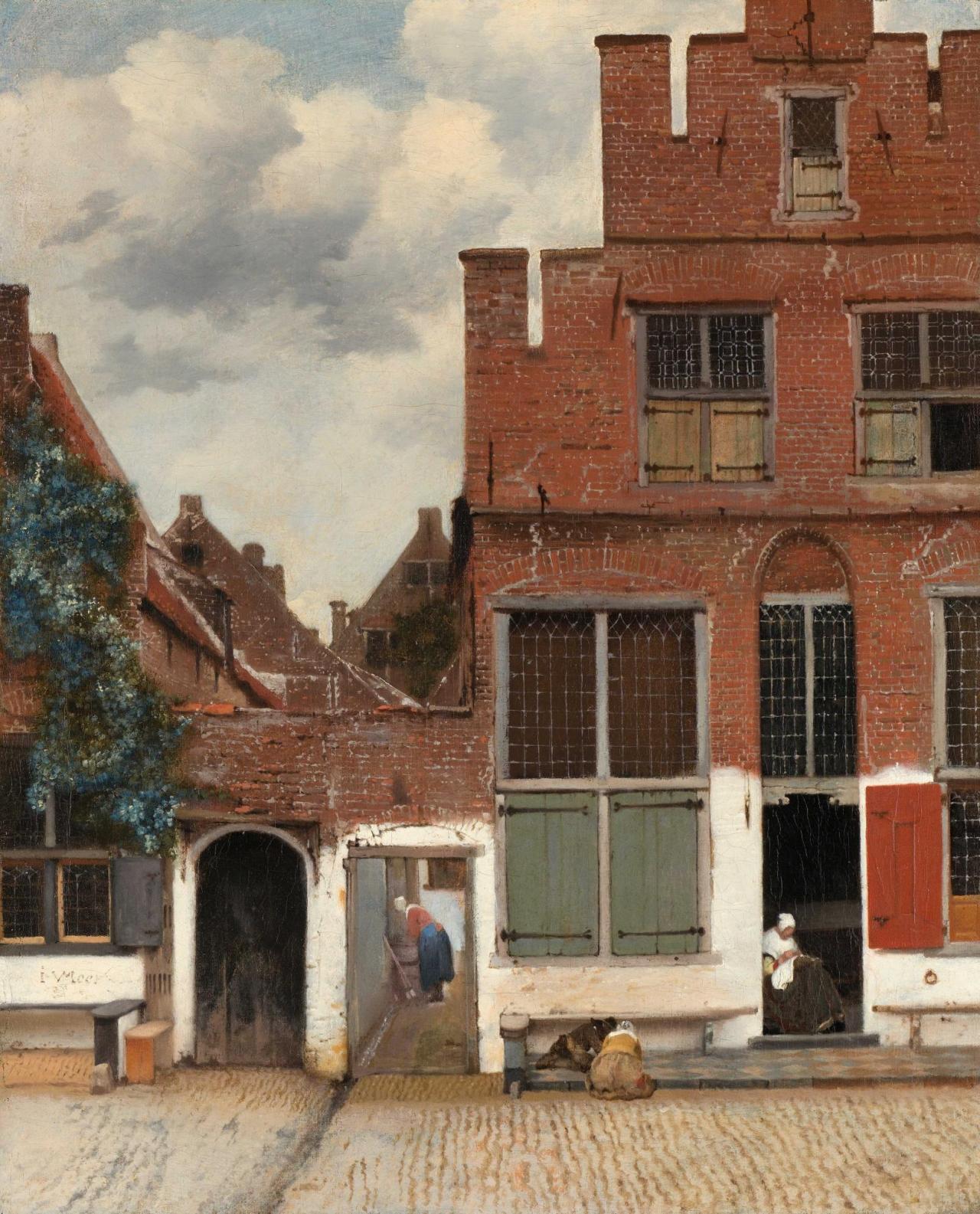 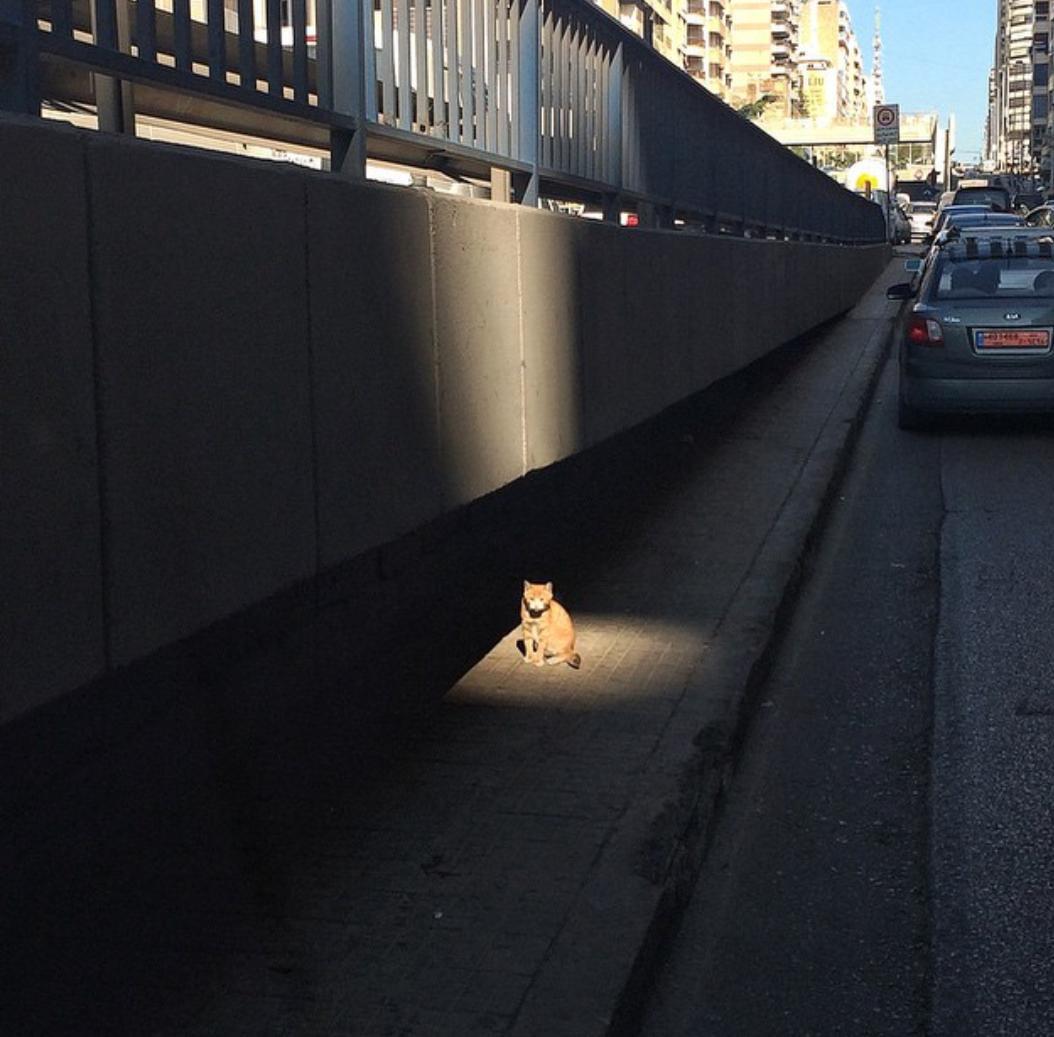 Random memories keep drifting into my mind unbidden. People I’ve forgotten, places I’ve been. Having spent so many years living in the accelerated present, the eternal now, it’s nice to be reminded of the past with such frequency. But can any of these memories be trusted?

In Peter Schjeldahl’s essay “The Art of Dying”, published last Christmas, after he was diagnosed with lung cancer, he writes:

“I remember arriving in an Italian village by train after midnight and walking past a cemetery where candles burned at every grave, with no one around. Or I think I remember it. We have lousy memories. Proust had a lousy memory. (There is no ‘little patch of yellow wall’ in Vermeer’s View of Delft.) Memory is a liar. It’s a heap of dog-eared, smudged, incessantly revised fictions. The stories make cumulative lies – or, give us a break, conjectures – of our lives.”

Much of our lives are spent lying to ourselves. Not only did Marcel Proust, the greatest writer about memory, have a bad memory, Schjeldahl suggests, but one of the climactic moments of In Search of Lost Time, his grand, vaulting attempt at recovering the past, revolves around a false recollection of an architectural detail in a Dutch cityscape. And this is an incident worth returning to now, when none of us can go see our favourite artworks, however much we might want to.

It takes place in the fifth book, when the novelist Bergotte visits an exhibition of Dutch paintings in Paris. He’s gone to see Vermeer’s View of Delft because he’s read a piece by a critic in the paper mentioning a “little patch of yellow wall” painted as delicately as “some priceless specimen of Chinese art” but cannot remember this detail himself, cannot locate it in his memory of the painted view across the river. There, standing in front of the painting once more (this is from Moncrieff’s translation):

Then he sat down on a circular settee and had a heart attack and died.

We might forgive Proust for his lousy memory here though, for he was in his dizzy confusion at the Jeu de Paume; which is, in my opinion, the best and most receptive state to be in while looking at art, when you’re most tired and disorientated, when a painting’s various effects, its colours, lines, figures and themes, can really reach out and take a hold of you.

Like Bergotte, Proust had also gone to see the painting. He’d seen it once before, two decades prior at the Mauritshuis in the Hague, and had previously described it as “the most beautiful picture in the world”, and now that it had come to Paris, wanted to see it again. It was May 1921, 99 summers ago, and a blockbuster exhibition of Dutch art at the Jeu de Paume in the Tuileries had brought masterpieces like View of Delft and Girl with a Pearl Earring to town. One morning, around 9:00AM, Proust, who was bedridden and poorly and never left the house, sent a message to the art critic Jean-Louis Vaudoyer, who’d greatly praised the picture (he’d noted that “the houses are painted with such precious matter that one could just as easily imagine that one was looking at a ceramic as at a painting”, and elsewhere described Vermeer’s style as “a kind of Chinese puzzle”), asking, “Would you be kind enough to take along a dead man who will prop himself on your arm?”

Usually Proust was only just getting to sleep around this hour. He may not have slept the previous night, it’s unclear. But at some point during his day out with Vaudoyer, he suffered a dizzy spell, and though he recovered well enough to go for lunch at the Ritz after the Jeu de Paume, he was nonetheless shaken up, and having seen the painting for a second time, never left his house again.

Schjeldahl says there’s no yellow wall by a sloping roof in View of Delft. There’s certainly no consensus about what Bergotte or his ventriloquist Proust was referring to (for an enjoyable discussion of this, see here). Some point to the subtle creamy walls by the painting’s right edge. Others, the bright area of yellow over peach left of the Rotterdam gate with its twin turrets, which is certainly the most luminescent, most precious and glazed part of the painting, and the part I’d most like to go see myself; but while this looks at first glance like a wall, it’s a roof. We might forgive Proust for his lousy memory here though, for he was in his dizzy confusion at the Jeu de Paume; which is, in my opinion, the best and most receptive state to be in while looking at art, when you’re most tired and disorientated, when a painting’s various effects, its colours, lines, figures and themes, can really reach out and take a hold of you.

This rooftop was first coloured peach, like the roofs in the far distance behind the bridge. Then it was painted over with yellow. It’s caught the sunshine coming in through the clouds from the East (we’re looking at Delft from the South). At different moments of this golden late-afternoon hour, different fragments of his hometown would be glowing, but Vermeer’s choice of this particular moment when the rooftop, and beside it the tower of the Nieuwe Kerk, are so full of light, suggests a Proust-like commitment to recovering the past and making of one’s life a pleasurable aesthetic object. The roof and church tower draw the eye in towards the quarter where Vermeer grew up: he was baptized in the Nieuwe Kerk, married in the Raedhuijs across the market square, had been born around the corner in De Vliegende Vos inn, and later kept another inn nearby, the Huis Mechelen.

The alternative theory however is that Proust knew there was no little patch of yellow wall. That it’s more of an idea, a rumour, a whisper on the breeze, a synthesis of different surfaces and sunbeams from this painting, and perhaps others, combined in one sublime phrase; that one must not be so literal. It’s an imaginary wall he has summoned into the collective memory through insistence and repetition. Maybe this yellow wall can be found in all sorts of paintings. Maybe it exists in every skyline; there’s probably one right outside your window, just waiting for the sun to catch it.

We are, like Bergotte, destined to be confounded upon hearing of this life-affirming burst of colour. It’s supposed to be confusing, and it’s good that it’s confusing, because people like to be confused, it makes life more mysterious. Proust’s preference is for paintings and sonatas and so forth that cannot be quickly apprehended, but rather keep revealing new aspects of themselves over time. He likes complicated, many-layered compositions that function like memory; memories are chemical reactions writing and rewriting themselves anew with each iteration, washing in and out of our minds like lumps of ambergris on the tides, coming back to us in different forms, and great paintings are much the same, and should have a variety of different effects on us; and memories of great paintings are, well, very complicated, and hard to untangle.

Proust died the year after his trip to the Jeu de Paume. The night before he did, he was still dictating lines (for instance, “There is a Chinese patience in Vermeer’s craft”) related to Bergotte’s last stand. He both foretold, and made a fantasy of, his own death in his famous scene of a death in a gallery. In his story, Bergotte is well aware that he’s risking his life to go look at a detail of a painting: “In a celestial pair of scales there appeared to him, weighing down one of the pans, his own life, while the other contained the little patch of wall so beautifully painted in yellow. He felt that he had rashly sacrificed the former for the latter.”

And it seems to me that the painting killed the novelist with its beauty. More specifically: the beauty of the patch of yellow; the detail that opens a door to new worlds and meanings; the beauty of art that gives meaning to life, that keeps us from despair; the yellow wall, the blue flower; the great beauty he’d been searching for, which so many had failed to find, but he’d found it; and perhaps, having found it, he’d seen enough, he’d seen it all, and was ready to pass on into the darkness.

Proust may have also felt he was risking his life but he went to the show nevertheless. You have to go see the work in person. And come next May, on the centenary of Marcel Proust’s last day out, I hope the Jeu de Paume will consider restaging their “Exposition Hollandaise” from 1921 so that we can all go see the View of Delft in Paris again and have a chance at a transcendent experience of a complete masterpiece and a hope of solving the Chinese puzzle of Vermeer’s art for ourselves.

DEAN KISSICK is Spike’s New York Editor. The Downward Spiral is published online every second Wednesday a month. Last time he wrote a diary of dates leading up to and through the lockdown in Manhattan.

Cat on the street.