The East Village Art Scene and the Institutional Redux 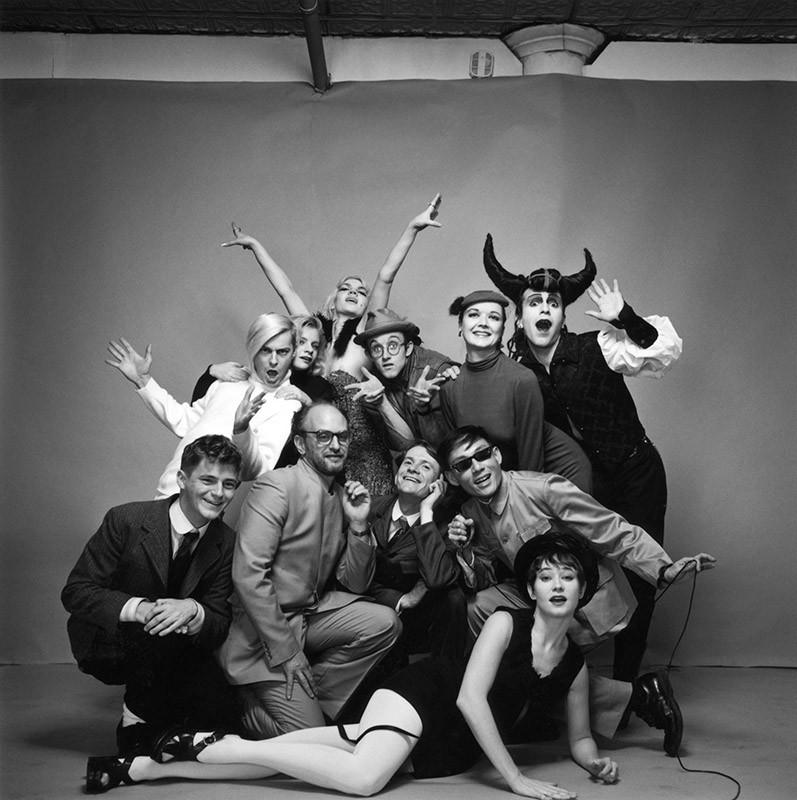 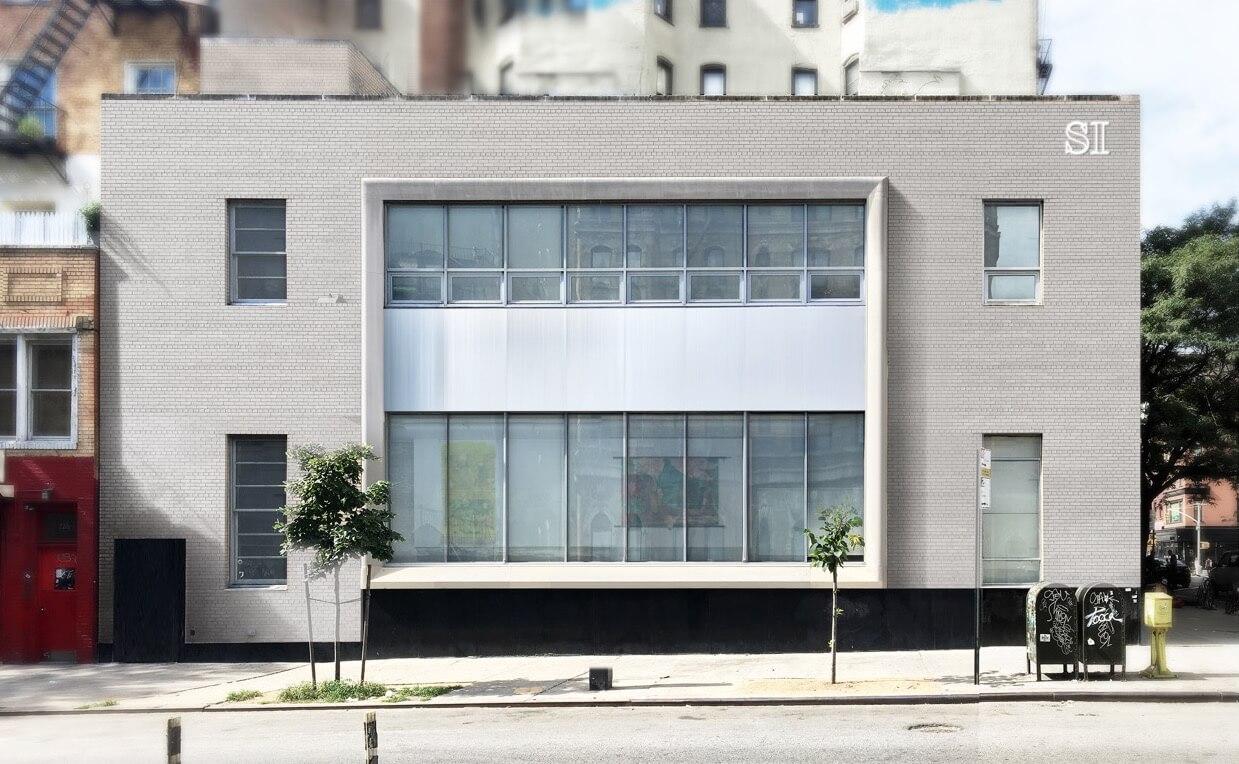 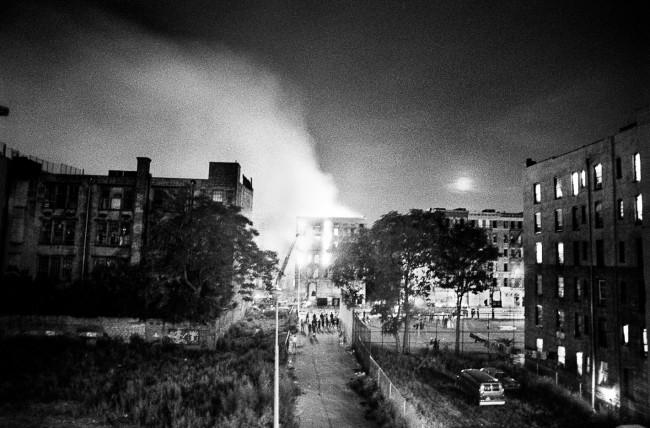 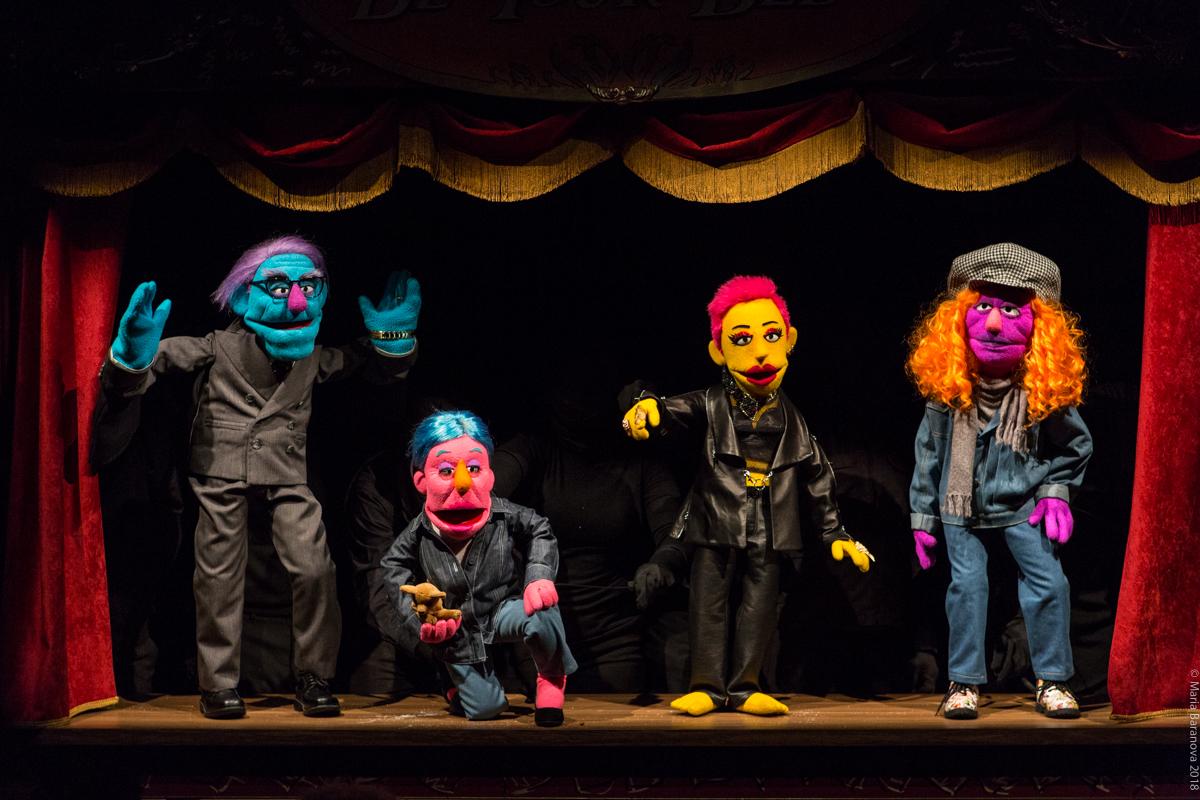 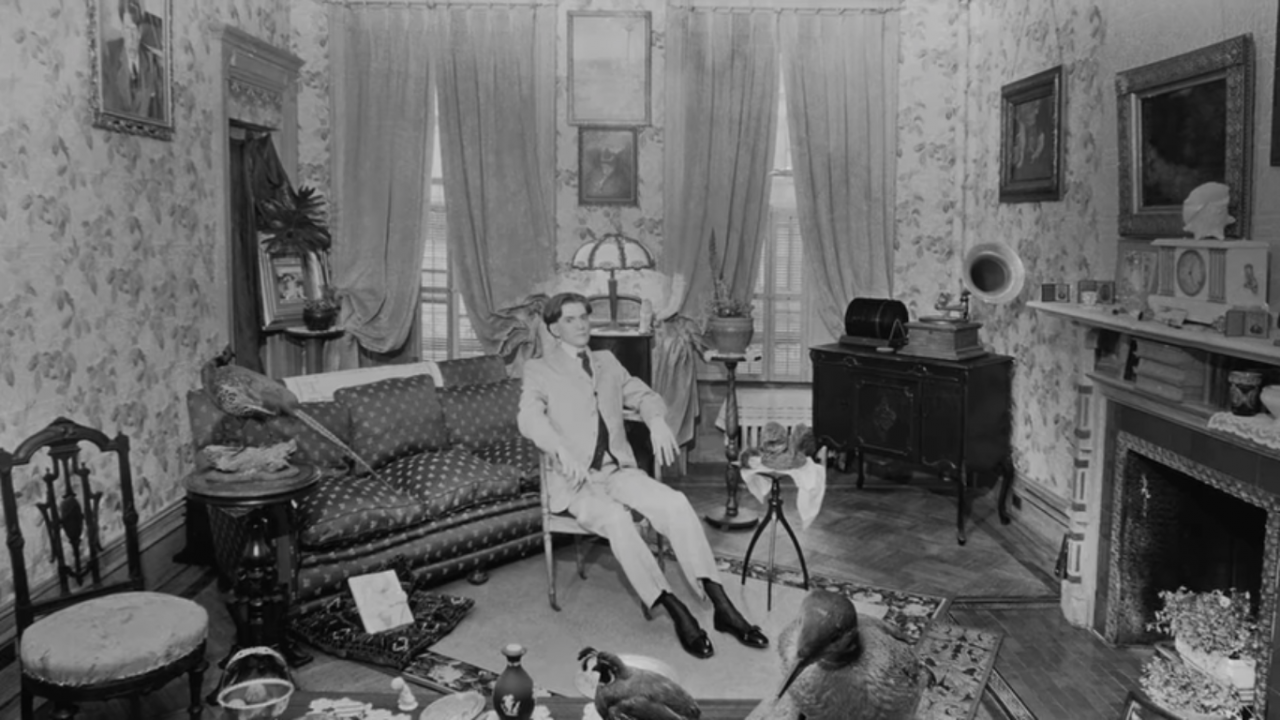 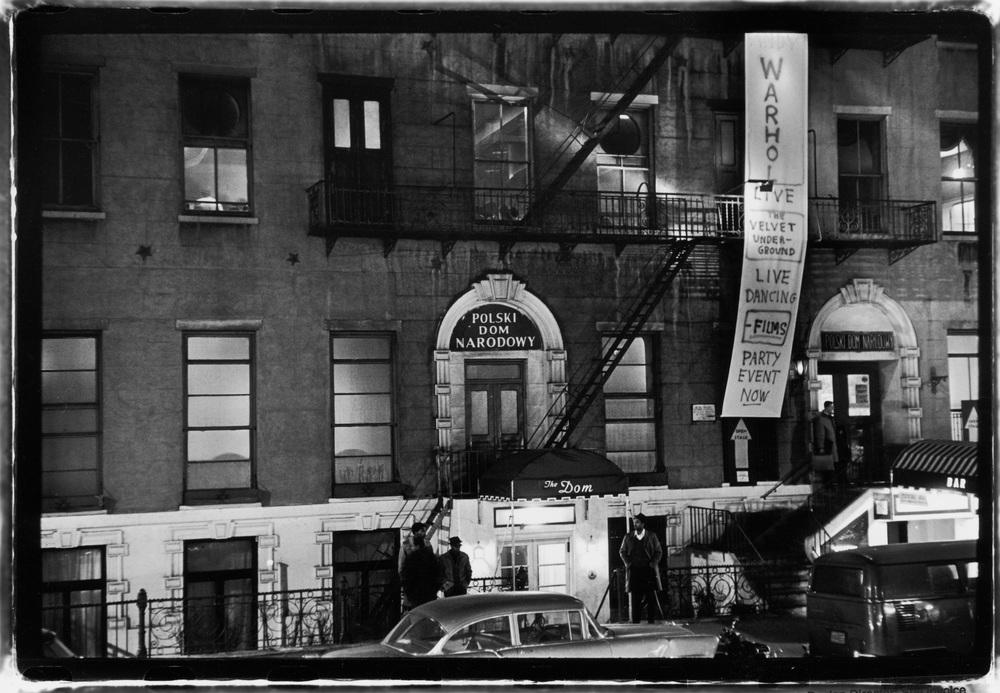 New York's East Village is becoming host to a score of elite art organisations. As spaces such as Performance Space New York and the Swiss Institute celebrate their recent unveiling in the neighborhood, the question of whether the local creativity they endorse is still alive and well comes to the fore.

“Slouching Toward Avenue D.” When this phrase was first coined in a 1984 article by artist Walter Robinson and critic Carlo McCormick, it conjured the creep of art induced gentrification that was making its way across Manhattan’s East Village. Incredibly their imagistic headline is still apt in defining the gradation that colors the area. While the vision of  New York in the eighites is wildly at odds with the 2018 edition, some things have not changed.

Three decades after Robinson and McCormick’s essay first appeared in Art in America, the East Village neighbourhood has once again become a recurring character in the gossip pages of the art world. As of late, the locale has been witness to the reopening of Performance Space New York (neé PS122) on 1st Avenue, the establishment of the Swiss Institute’s new home on Saint Mark’s Place and the launch of Karma Gallery and Book Store over by Avenue A. All located within a few blocks of each other, these these cultural hubs have harnessed the auratic lure of the East Village’s radical history as a form of branding, so as to distinguish their endeavours from the countless other galleries and museums that grace New York City.

Today’s institutional version of the East Village is far less shitty-chic than that of the neighbourhood’s former embodiment as a sketchy artist haven. When I moved to Avenue C a few years ago, I was regaled with (largely apocryphal) horror stories of people shooting up and being stabbed in broad daylight. Everyone claimed that the further you go towards Avenue D, the more perilous the scene. As the saying went, “Avenue A you’re okay, Avenue B you’re brave, C you’re crazy, D you’re dead.” One person for whom this expression was once valid is the artist Peter McGough, who lived on Avenue C during its eighties heyday as New York’s Skid Row.

"What is a bigger selling point for a neighbourhood of childless yuppies than the promise of culture at your front door?"

This was a time when most buildings were razed due to the fact that they were worth more as insurance claims than they were as viable properties. Peter and his artistic partner, David McDermott, reveled in the squalor of this neighbourhood. No one would go near them because they looked too weird, their Model T-Ford and aesthetic movement furniture were of no use to the crackheads and prostitutes that were their neighbours. Today, the block where McDermott and McGough created their own private Brideshead is now home to Citibike docks and an espresso bar, though it does still cling to its edgy past via the presence of a squat, below which is The Museum of Reclaimed Urban Space. For the most part the EV is now an upscale neighbourhood which is home to frat bros and various other parentally subsidised millenials. Only a sprinkling of crusty vagrants can still be found in Tompkins Square Park, formerly known as Tent City. The majority of tenement studios and bomb sites of the last century have been replaced by America’s cathedrals: Kmart, Starbucks and Target.

There is a chapter following a neighbourhood clean-up in which dangerous areas that were once home to an artist zeitgeist later become an edified space for cultural education. Harnessed by a faded identity, the location of these kunsthalles is legitimised by a time in which it looked very different.

The newly renovated space for the non-profit organization Performance Space New York offers an ideal example of an art institution defining itself through its topographical association. PSNY’s revival is rooted in a program which rifles through the various participants within the neighbourhood’s bygone cognoscenti, paying homage to local legends such as Penny Arcade and Kathy Acker. Their inaugural East Village Series posits a backwards glance at the area’s art history against a view of the neighbourhood’s tamed presence; a setting which serves as beneficial for the patrons they wish to solicit though it is compromised by a diminished sense of vibrancy. Performance Space’s mission seeks to celebrate its fabulous facelift while acknowledging that it must confront issues of gentrification.

The real issue here, however, is that the refinement of cultural institutions is very much tied up in the story of gentrification. What is a bigger selling point for a neighbourhood of childless yuppies than the promise of culture at your front door? It is critical to remember that these institutions play a part in the staggeringly high stakes of the real estate game and that the financiers who pay for the multi-million dollar renovation of cultural institutions are often the same individuals who profit off the condos that are being built next door. Walter de Maria’s studio may still be intact on East 6th Street but the deed is in the name of Peter M. Brant. It is no secret that philanthropic and profit oriented endeavors are intrinsically linked, the matter here is that these dwellings are at odds with the cultural history that they are celebrating, and will ultimately serve to ensure that such spaces will only ever be graveyards to the living art that these places once embodied.

Alongside Performance Space New York, anticipation has bubbled around the recently revealed construct of the Swiss Institute’s new home on St Mark’s and Second Avenue. Set inside a former Chase Manhattan Bank, the interior has been remodeled by Annabel Selldorf, the star-chitect whose luxury imprint is the mark of prestige for any premium art space. The Institute’s Director, Simon Castets describes the decision to move to St. Mark’s as simply resultant of the chance discovery of a space that managed to tick all the boxes required for their institution. For any art organization, the East Village is advantageous for holding cultural cache while being an upscale area that’s not Park Avenue pricey.

For a European organization like the Swiss Institute, the benefits of the East Village legacy also extends to its variegated history of inhabitants: “By nature we are looking at the East Village from a global perspective,” explains Castets. “We are focused on the multi-linguism and international aspect of the area.” The East Village has indeed gone through innumerable cultural shifts, from being home to the Lenape Native American tribe to becoming a farmland under the rule of the Dutch colonialists and later adopting the moniker Klein Deutschland following the influx of German immigrants. Still today, the Slavic population along with the Puerto Rican contingent that make up the Loisiada neighbourhood of Avenues C and D, point to a history far more dense than the very white East Village art scene of the eighties. Castets also mentions that the history of the East Village has always been one focused on culture. Since the establishment of The Cooper Union for the Advancement of Science and Art in 1859, the East Village has cultivated an artistic cadre. While these new spaces may be inducting a renaissance moment into the neighbourhood, art has been a ubiquitous (though at times stagnated) presence.

Whether or not this moment of revival is serendipitous, the cultural legacy of the East Village will be employed to the advantage of a burgeoning cluster of organisations. At the same time, however, the area is a husk of its former creative self. The art reportage papers such as the East Village Other and Village Voice have been replaced by the mournful EV grieve, a blog dedicated to documenting the incoming condoplexes and various closing announcements for neighbourhood strongholds. On one hand, there is a certain amount of gratitude to see spaces devoted to art setting up shop as opposed to more banks and vape shops, but on the other, all change comes with a certain amount of discomfort and the shadowing concerns of a bubble bursting economy sets a perilous shadow over these edified spaces.

The East Village can no longer afford to be a place for active creativity. Instead, its history is left to be enshrined by the institutions which have succeeded the artists. Many players within the milieu that once defined the East Village have either died from AIDS or have moved on to more affordable neighbourhoods. You can count on one hand those who have managed to hold on to their East Village studios. Kiki Smith still resides in her lair on the outer reaches of the neighbourhood, as does Alice Mackler, and Stanley Whitney holds court in his Cooper Square studio which he’s maintained for the last fifty years. But none of these figures conjure an artistic identity which seems aligned with the legend of the neighbourhood, perhaps because this identity no longer exists. This former den of iniquity is merely a receptacle to the organizations which must vampirically feed of the vibrancy of a bygone era. The creativity itself has evaporated, but its legacy is the connective tissue which draws new cultural endeavours to its gridded landscape.

ARIELLA WOLENS is a curator and writer based in New York.

Performance Still of Bjarne Melgaard's Kathy Acker inspired puppet show as part of “Kathy Acker: Who Wants to Be Human All the Time” at in the Performance Space New York

David McDermott in his Avenue C apartment by Josef Astor