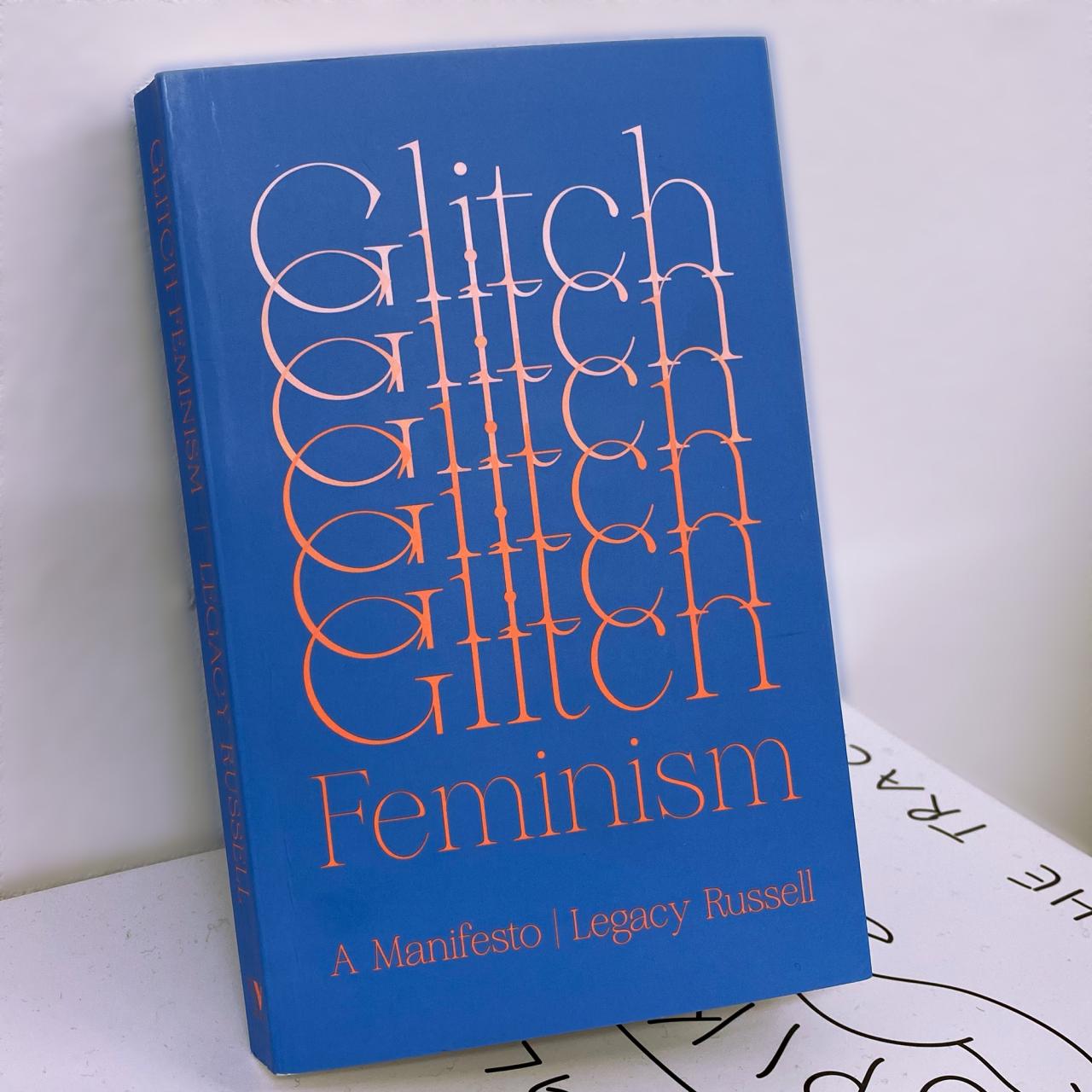 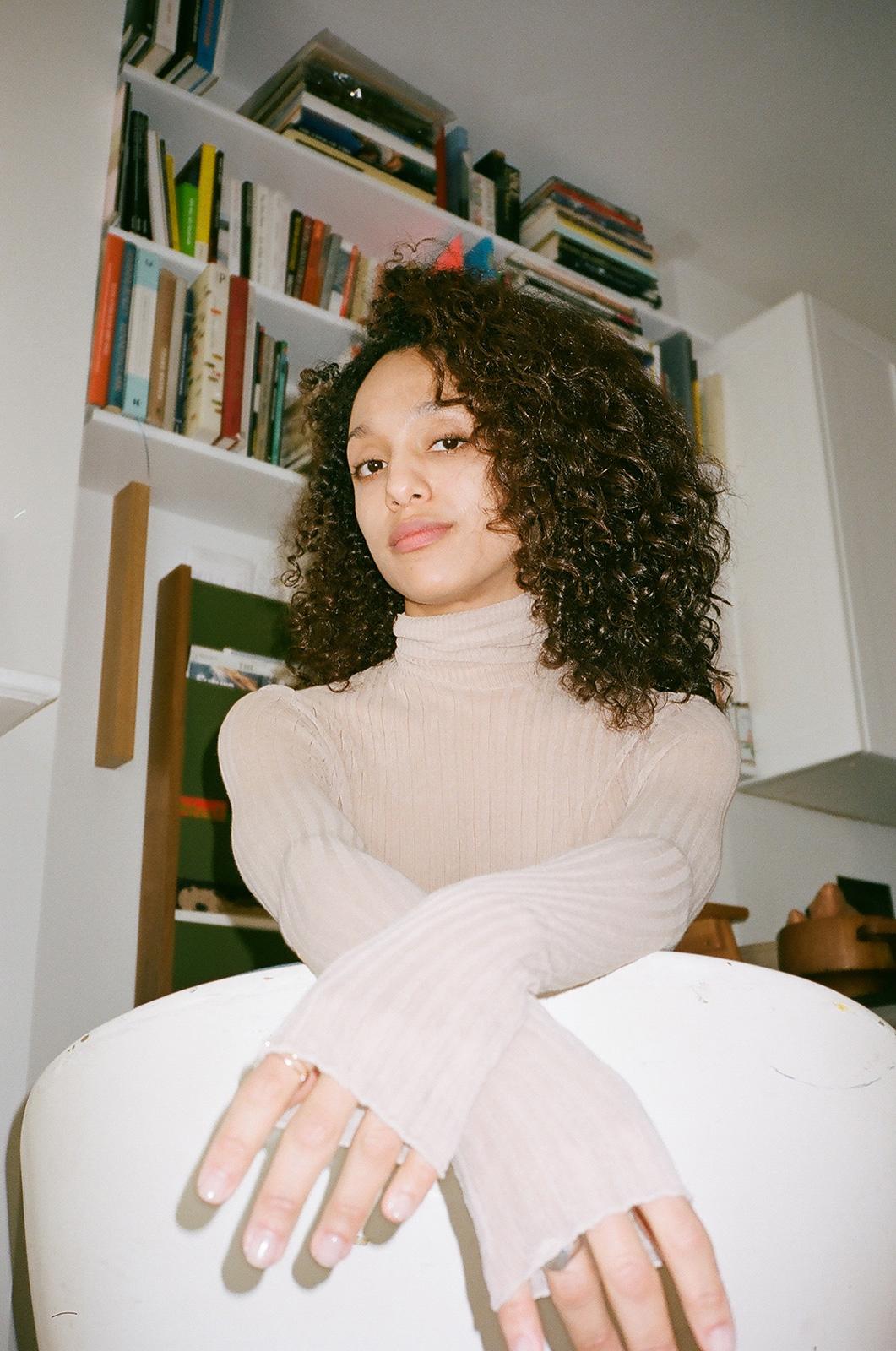 In Glitch Feminism: A Manifesto (2020) curator Legacy Russell thinks through the concept of “the glitch” to mediate a post-internet, non-binary, fourth-wave feminist poetics. The book takes up twelve moments of glitch – as a metaphor, as a tool, and as a revolutionary attitude – spread over as many sections to offer an exegesis on a contemporary queer Black aesthetics.

The manifesto is organised through a somatic theorisation of glitch that celebrates the phenomenon as a way to cut into oppressive systems and may offer possibilities to stitch together more consensual worlds. The book is a celebratory homage to glitch’s refusal of negrophobic, patriarchal, capitalist forms of production.

Russell is a digital-native who writes candidly about beginning to become a self in the links where punk meets drag in the late 1990s/early 2000’s of New York City’s East Village, and just as the neighbourhood’s counter-cultures were succumbing to increasingly higher rents. Now professionally based at the Studio Museum in Harlem, Russell deftly weaves together insights from diverse sources – her personal memoirs of online message boards, poets, (manuel arturo abreu, Essex Hemphill, Lucille Clifton, Walt Whitman), Black radical thought (Édouard Glissant, Stefano Harney, Fred Moten), as well as a critique of Donna Haraway’s “A Cyborg Manifesto” (1985) – which have all informed her curatorial projects and criticism investigating artists who “glitch-up” techniques and technologies to deconstruct the hegemonic orders of gendered and racialised identities for capitalist extraction.

Against the popular idea of the glitch as an error which must be troubleshot out of existence, Russell posits glitch as an erratum, or necessary correction to the violence of systems that we are forced to consent to as being normative or neutral. Russell’s earliest theorisation of the glitch was motivated by the idea of the glitch as petite mort or the kind of stoppages that shut it all down in jouissance and which sustain an always incomplete buffering of identities-in-formation. Glitch counters the systems where the maintenance of White cis-gendered bodies requires positing them as models worthy of aspiration.

Russell brings nineteenth century American poet Walt Whitman's idea of a self which is fundamentally grounded in contradictions to bear out a genealogy of queer culture. The fallacy of digital dualism already has roots for Russell in Whitman’s notion of American freedom wherein he proclaims: “Do I contradict myself? Very well then I contradict myself (I am large, I contain multitudes).” But Russell is aware of the patriarchal violence of settler-colonial and specifically “American exceptionalism” bound up with Whitman’s pen and reorients the sensibility of queer multitudes by way of artist E.Jane’s “Nope” (a manifesto): “I am not an identity artist just because I am a Black artist with multiple selves.” In doing so, Russell shows how thinking through the idea of glitch as erratum may offer sensual slippages moving from glitch’s material etymology (DE: glitschen, slippy) towards not only a reconfiguration of Whitman’s famous sentiment but also critique of second-wave feminist cyborg theorist Donna Haraway.

However, a manifesto is not yet a political call to action. The de-classification of gendered bodies, especially those emerging through re-classifications borne out online, might only begin to subvert the violence of our current binary bodily and social-political orders. Yet, according to Russell, the multitudinous glitch is posited against the binary code of gender to “reveal the fallibility of bodies as cultural and social signifiers, their failure to operate only as hegemonic formulations of capital weaponized by the state”. In turn, Russell offers unique approaches to exploding binary bodily awareness not as irrefutable solutions, but as potential sites of remixed and strategic (il)legibility.

Throughout the book Russell makes sure to point out how the internet’s seemingly infinite spaces of freedom – to explore and experiment with alternative identities – are both historically based in systems of oppression designed to sustain and not to eradicate the pain of presence for the glitch-y body (“07-Glitch is Anti-Body” and “08-Glitch is Skin” including Kia LaBeija and shawné michaelain holloway, respectively). What’s more, this is a relatively narrow scope of access to emancipation – think here of the many who remain not only without internet access, but also without access to affordable nutrition and basic healthcare in the U.S. alone. This narrow access is similarly reinforced by the ‘global north’ from the major arts institutions responsible for amplifying and circulating the work of the mostly US-based artists under consideration in this book.

Are these institutions necessary to authenticate the bodies or the aesthetic approaches of the artists participating in our wild-ass future-oriented glitch? What are the means or the forms of absorption, which can be overwhelmed from the inside or not?

Glitch Feminism: A Manifesto (2020) is published by Verso Books.

Darla Migan is an art critic based in New York. 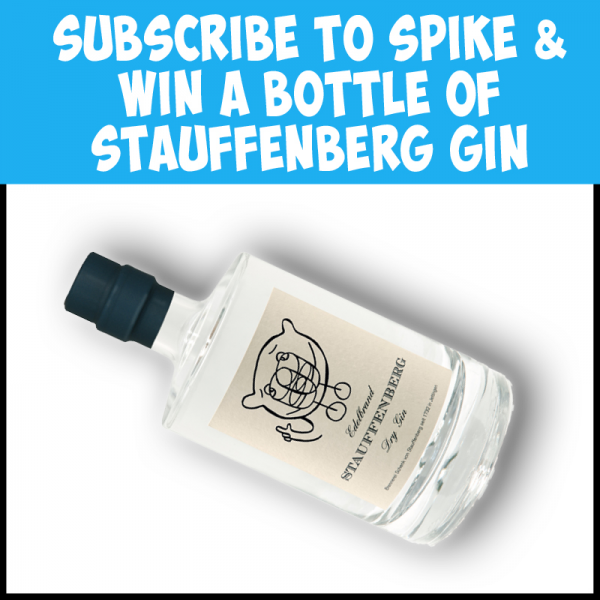