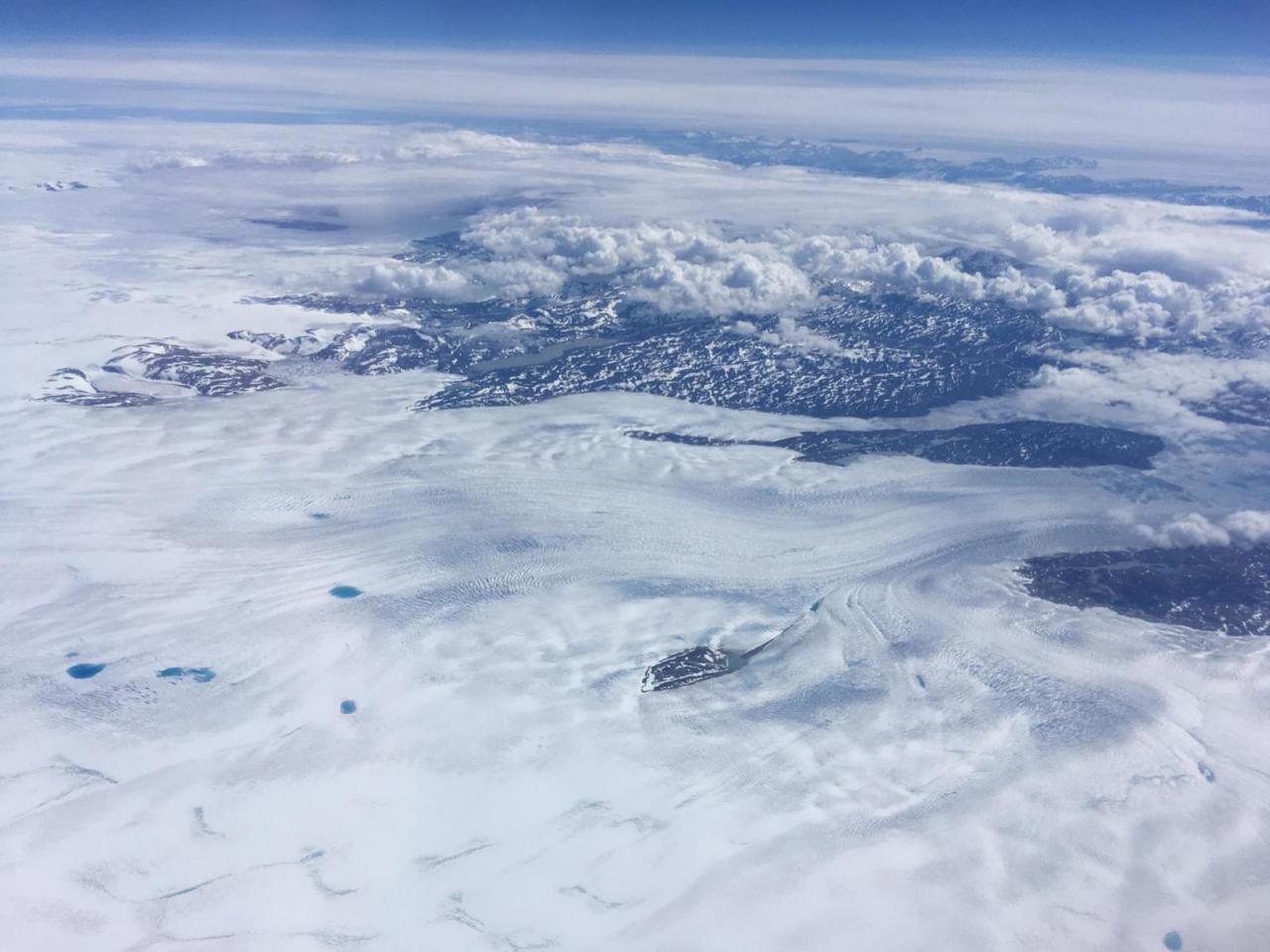 For the summer of 2017 Spike invited Natasha Stagg to do the same: one text a week, of any length, on whatever she likes. One summer long. This is her first report:

This was the fourth time I’ve been to Berlin but the first time I went to Berghain. The corridors reminded me of an early RPG game, maybe because of the mushrooms I was on. Characters in leather harnesses and chain leashes flashed by, their hairstyles harsh and their cheekbones high, and I felt I’d finally arrived at the club I’d fantasized about – one of the the massive ones fictionalized in 80s and 90s movies about underground scenes. Emily Segal led me around, explaining the different areas and their reputations, noting that whole worlds are created here, in effect. For some, alternate lives are lived out in this space, and those lives have their own highs and lows. That’s why, when you ask someone to go to Berghain, the response is often a quick, far-off frown, like they’re remembering a dream.

I love the idea of making another version of me to live in this fantasy world at a fantasy club with dark, heavy music. This version of me wouldn’t talk or smile, and she’d still dye her hair black. I’d wished I was younger when I was there, even though a lot of the people there looked older. I wish I’d been going there for years.

I’m writing as I fly over some snowcapped mountains poking through clouds. I’ve been on many planes these past couple weeks, none of them with television sets. It’s strange, the people who seem like they’re going to explode with rage, muttering, “You stupid fucking bitch, fuck you” at the person kicking their back turn to their neighbors and start smilingly small-talking about their travels, their families, the dumb president.

I’ve always liked flying, even as a kid when my parents would scream at each other or one parent would stay home so the other had to drag around my sister and me alone. I hope I’ll never fly like my mother did, her teeth constantly clenched. I have a memory of her having a breakdown on a plane before it took off. She pulled someone else’s luggage out of the overhead compartment above her seat and threw it into the aisle. I was mortified. To be fair, that was back when everyone checked their bags and the idea of stealing someone’s overhead space was something to sneer at.

Planes are like little worlds, with their own economies and living conditions and behavioral norms. The challenge of creating a comfortable space here is much more appetizing to me than, say, camping. I don’t know why. By the end of every flight I’m in a terrible mood, but while it's going on I mostly have hope that I will be able to handle things more efficiently and appear on the other side a better person.

I checked my bag today. It was 65 euro to do so. I’m 31 now and I’m not that worried about money for the very first time in my life, and so I do buy the bottled water when a cup of water isn’t free and I get a cab from the airport when I have heavy luggage, even if the train goes straight to my Brooklyn apartment. If I had a lot of money, I would live in Manhattan and there would be no airports nearby. But if I lived in Manhattan, I would be walking distance from my office and I could go home to change before going out after work. That’s something I think about a lot: people who have luxuries having other, inherent luxuries. Business Class is like that. But even people in Business Class have to wait an hour on the tarmac if the plane can’t get a spot in line to take off.

If my mother had had some money to spare and accepted that the only way to enjoy flying is to buy the small add-ons (I just bought an Icelandic chocolate bar with black licorice nuggets in it), she would have traveled more – her dying regret. But I can only indulge when I haven’t spent so much in the first place. I am coming from Berlin, where I was staying at Kunst-Werke ICA in one of their artist apartments. Before that, I was staying at a house in Winnipeg provided by Plug-In ICA with the writers Chris Kraus and Robert Dewhurst.

My first flight today was delayed and I almost missed my transfer, which would have led to a free night in a hotel in Reykjavik, which I honestly would have preferred over this. An ad in the in-flight magazine says there are horse-guided tours of Iceland’s natural wonders. Instead of that, I’m landing in Newark this evening and going into the office tomorrow morning as if I haven’t been spending the past two weeks sitting in paid-for plane seats and apartments, gazing out from trams and the back of Chris Filippini’s scooter, drinking champagne and eating salami whenever I wanted to.

I’ve read only a little about the exoticness of luxury bestowed on the almost luxury-immune writer. In these dispatches, the writer is always taken aback, finding the gifts from embassies, festivals, etc. hard to accept. The gifts, though, are to be negotiated, which makes things even more awkward for the writer. She’ll take what she gets, thank you. So she gets a terrible flight time and a motel at the edge of town. That’s okay; she would like to be left alone. On the last day of her trip, she realizes she had a stipend to spend at the hotel bar that will now go to no one. And what’s worse to a broke writer than a bar tab going to waste?

I love perks to a fault. It means I like following rules and being rewarded. I’m appalled when someone with whom I’m dining orders something too specific, making substitutions or describing the exact thing she wants that isn’t on the menu. Perks are extras that the restaurant offers if you are good. I’ve never sent anything back. Maybe I want to be the type who would, but if I’m faced with the decision I choke. I don’t want to shoot the messenger, which is the waiter. I think about that a lot, too: people who learn to act rich once they are rich. How are they wrung so dry of their guilt?

On a flight from Toronto to New York, a flight attendant spilled my Coke on my neighbor’s white sweater. The sweatered woman didn’t speak English (she’d asked me before we took off, pointing to the carpeted walkway, “New York?” in case she was on the wrong plane). She reached for a napkin from the cart, but the flight attendant, who hadn’t noticed the spill, made a barricade with her hand and frowned at the woman, saying, “Do you need something?” as one would to a baby reaching for adult food. Later, when we were making our descent, the same attendant said into the intercom, “Will whoever just went into the bathroom – unless it’s an emergency – please come out?” I was half asleep, having taken a pill, seatbelt fastened, seatback and tray table upright.

NATASHA STAGG is a writer based in New York. Her first novel Surveys was published with Semiotext(e) in 2016. A new installment of Out of State will be published online every Friday for ten weeks. 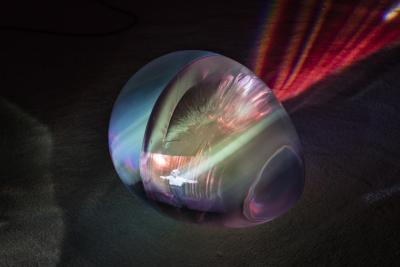 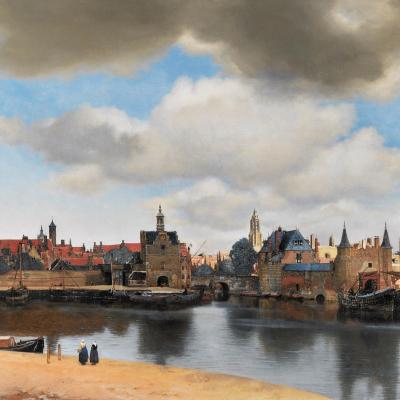 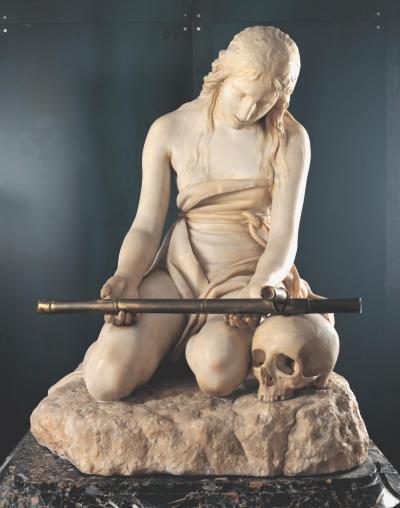 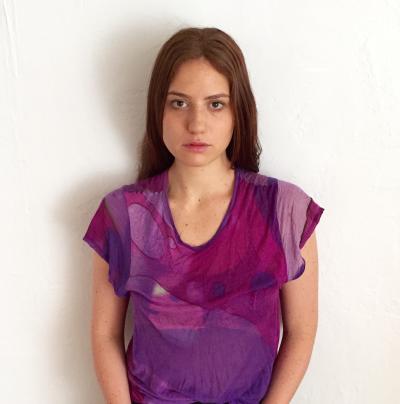 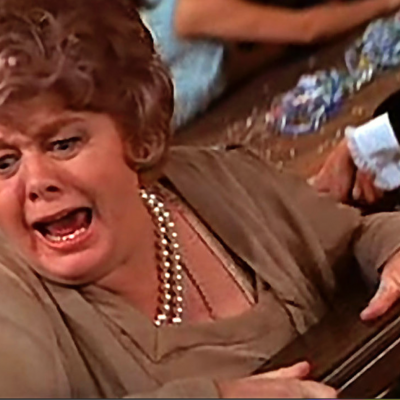 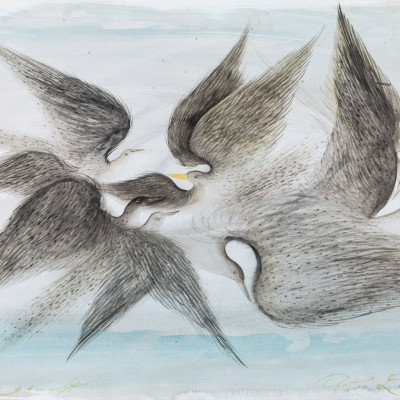 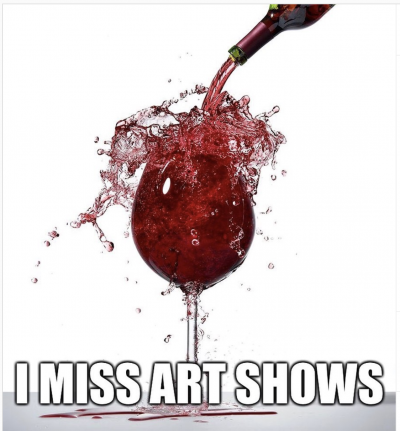 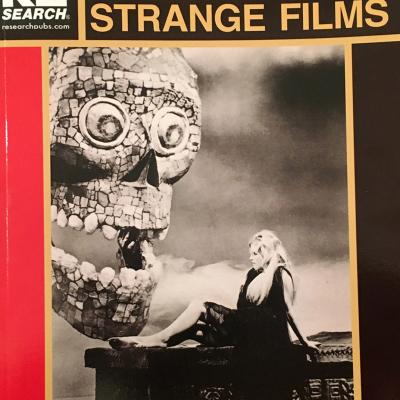 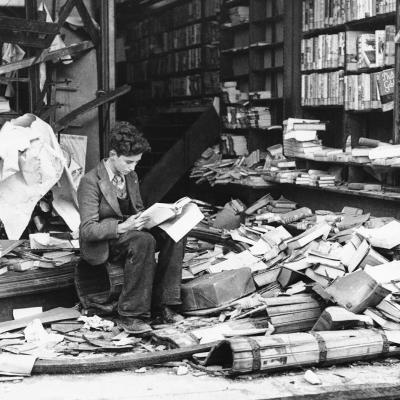 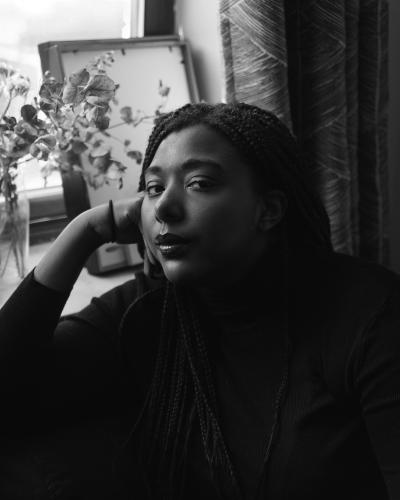