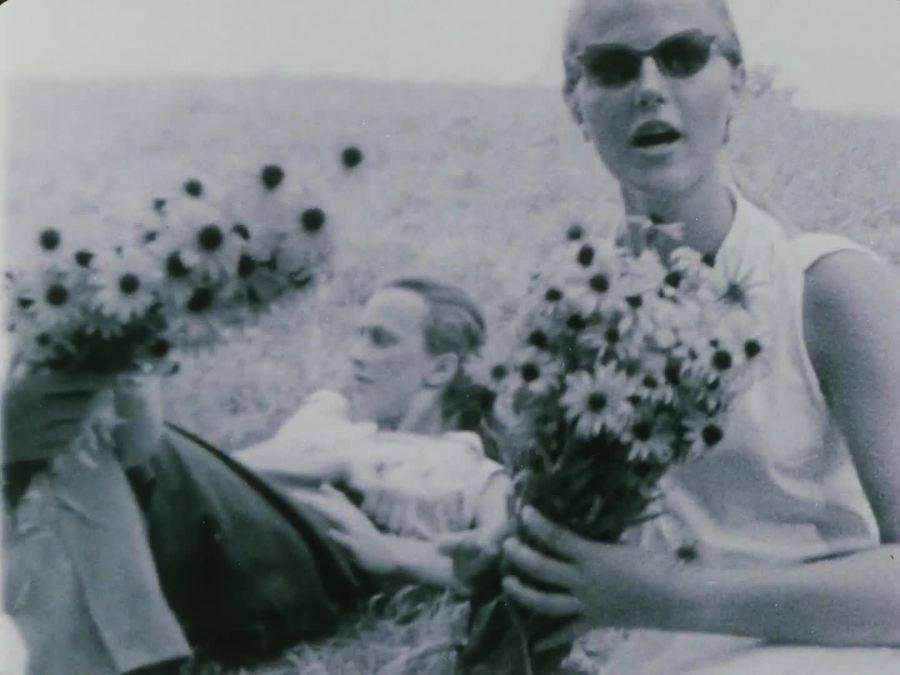 Zefiro Torna or Scenes from the Life of George Maciunas, 1992, 37min

In Zefiro Torna or Scenes from the Life of George Maciunas, Mekas reads from his diary encounters with his friend and fellow Lithuanian émigré, George Maciunas, during the years when Maciunas' health was in rapid decline. The footage shown, however, rarely depicts Maciunas' illness, but rather his vitality and humour at Fluxus events and performances. Mekas talks of Maciunas' favorite composer, Monteverdi, and at the end of the film, his voice gives way to Monteverdi's jubilate madrigal, "Zefiro Torna". As it plays, Maciunas is seen for the first and only time on a hospital bed, smiling. (UbuWeb)