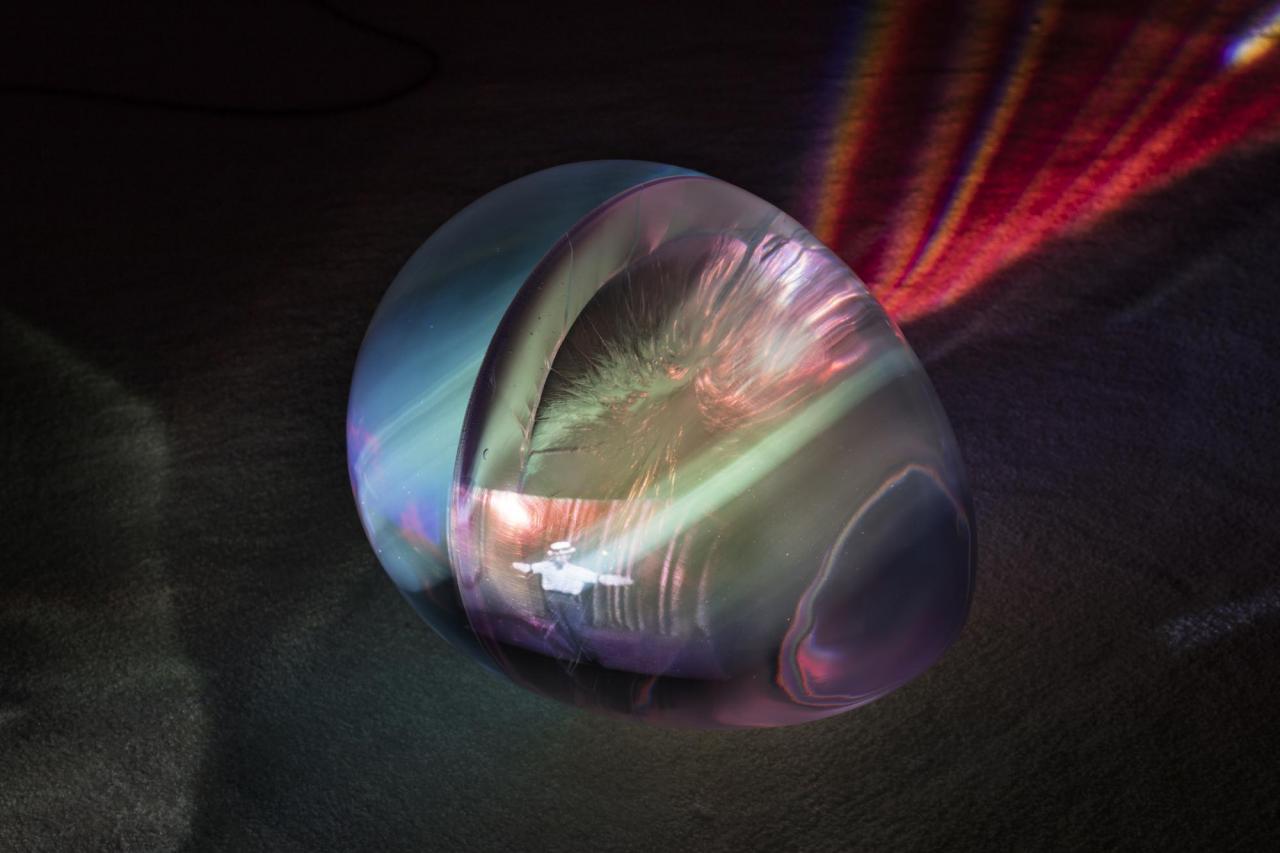 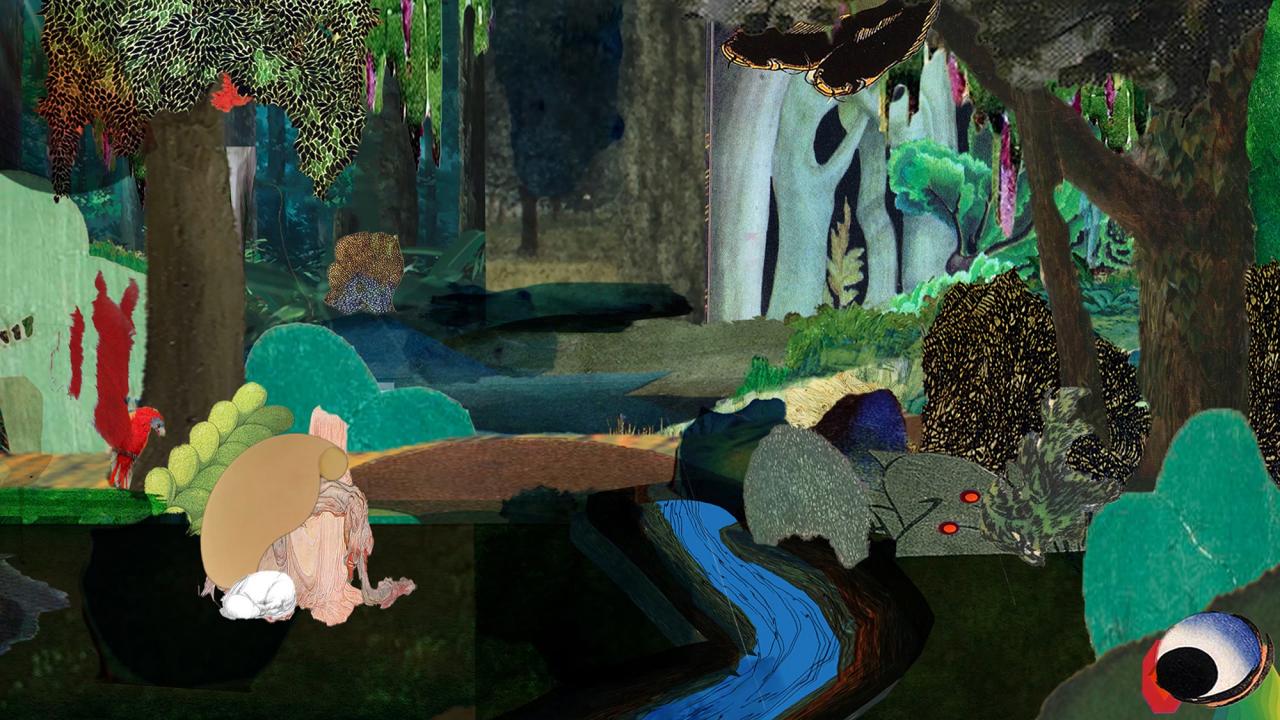 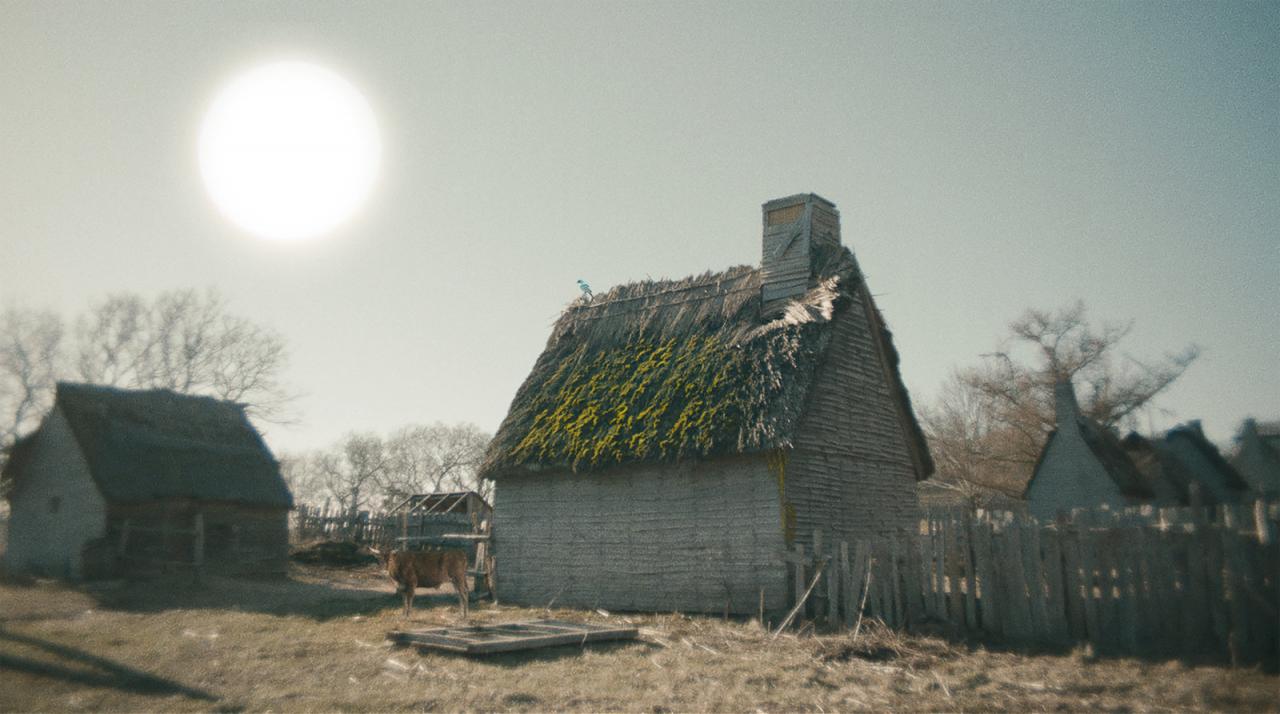 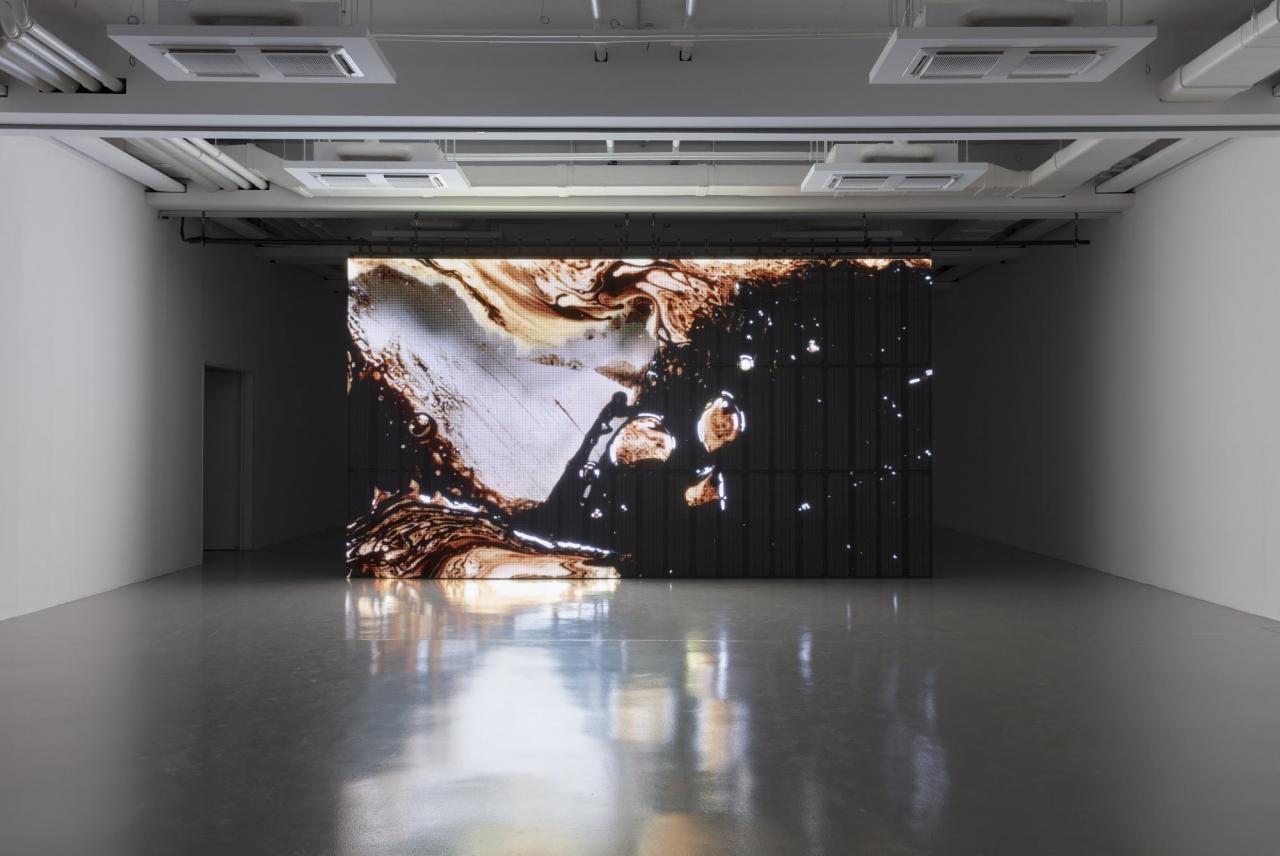 For Rachel Rose’s first solo exhibition in Germany, the artist presents five video works from the past six years and a new series of sculptures. Visitors first encounter her 2016 animated short fim Lake Valley. In it, a lonely pet that appears to be some kind of dachshund-rabbit hybrid dreams away the day on a lush, psychedelic patterned rug that morphs into a magical forest where the domesticated animal meets its untamed counterpart and other adorable wild beasts. Lake Valley dives into the loneliness of modern child- hood, fears of abandonment, and their overpowering, lasting effects on kids.

Collaging imagery from nineteenth-century children’s books into new forms, she crafted “her own retelling of loneliness”, advertised as a fable. But Lake Valley lacks the arguably most elementary ingredient of a fable, second only to the animal protagonist: a moral. On the back of the ginormous screen however, the projection becomes fuzzy, and this effect in and of itself makes for an altogether more potent reflection on our contemporary understanding of childhood and the underlying question that has divided psychoanalysts into opposing camps for nearly a century: “What” “is” “reality”?

A few steps over, Sitting Feeding Sleeping (2013) is on view in a birth canal of a room, compared to the majestic dimensions of the space it extends from. This film, too, is a kind of collage, albeit one featuring narration. Its screen embedded into the wall like a window, footage from a cryonics lab and various zoos is accompanied by a voiceover contemplating mortality and artificial means of prolonging human life. Upstairs, Everything and More (2015) continues Rose’s exploration of our miraculous, magical world by way of her interest in scientific method. In another voiceover, astronaut David Wolf describes his return to earth after 128 days in outer space. Set to footage Rose filmed in a neutral buoyancy lab where astronauts prepare for zero gravity, his account is intercut with images of crowds at EDM shows and gooey, pretty “liquid abstractions” she created using milk, water, oil, and food dye. Unfortunately, Wolf’s absolutely fascinating, poetic report constantly borders on being inaudible. If this was by design, it doesn’t come across as such.

In another room, yet another voiceover relieves the images of Rose’s most recent film Wil-o-Wisp (2018) from the burden of conveying its narrative visually. It portrays the story of its fictional protagonist Elspeth Blake, a purported healer who vanished after her family home mysteriously burned to the ground one night in the 1500s, only to turn up three decades later and a few villages over. But how it relates, as it claims, to the enclosure movement of feudal England, during which previously common farmland became privatised, remains dubious at best. While films don’t require a conclusive or even coherent narrative, it is considered bad form to tell your audience what is going on instead of showing it. Wil-o-Wisp’s imagery appears demoted to the setting of a vague scene, a backdrop stuffed with allusions to all kinds of information, but lacking any tangible point. The three Optical Eggs (2018–19) exhibited with the film don’t really appear to have more of a purpose than trying to forge a connection to the other sculptural works on view by sheer proximity.

This, however, is where the exhibition does eventually hit its stride: Autoscopic Egg (2017) is a trans- parent resin egg that inverts and reflects the twin projection of two Fred Astaire performances onto a dark corner of the carpeted, cosy exhibition space, set to the moody final two and a half minutes of Justin Timberlake’s “LoveStoned / I Think She Knows Interlude” (2007). The installation references out-of-body experiences in a similarly impalpable fashion as Rose’s videos tackle their subject matter, but something about the egg-refracted projection of Astaire’s dance – light- footed to the point of supernatural – and its emotive soundtrack succeeds in creating the desired enchanting effect of drowsy ambivalence. Finally, “Born” (2019–) – a series of ghostly glass- blown forms merged with sparkling, broken open stones, presented on reflective plinths under cold spotlights in an otherwise dark, womblike, round space – most effortlessly conjures the miracle that is life. These objects are beautiful, poignantly otherworldly manifestations of Rose’s manifold investigations into life’s big questions. Seemingly contradictory for an artist so invested in in-depth research, Rose paints her clearest, most evocative and philosophical scenes when she gives herself over to ungraspable themes this abstractly in an otherwise aesthetically pleasing but at times somewhat affected exhibition that for the most part left me wondering: now what?

Bianca Heuser is a writer based in Berlin.