An interview with Vogueing legend Archie Burnett
by Astrid Kaminski 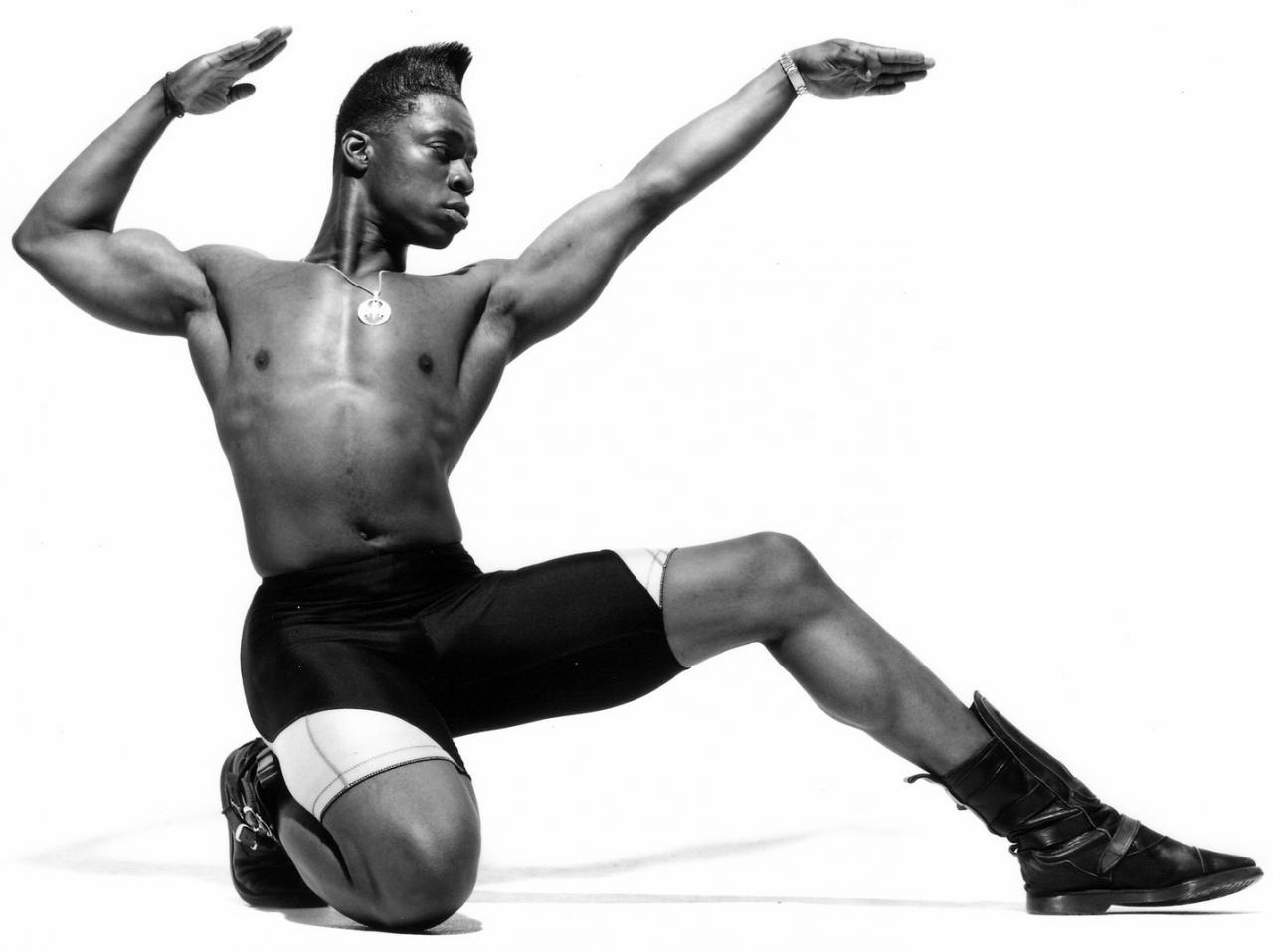 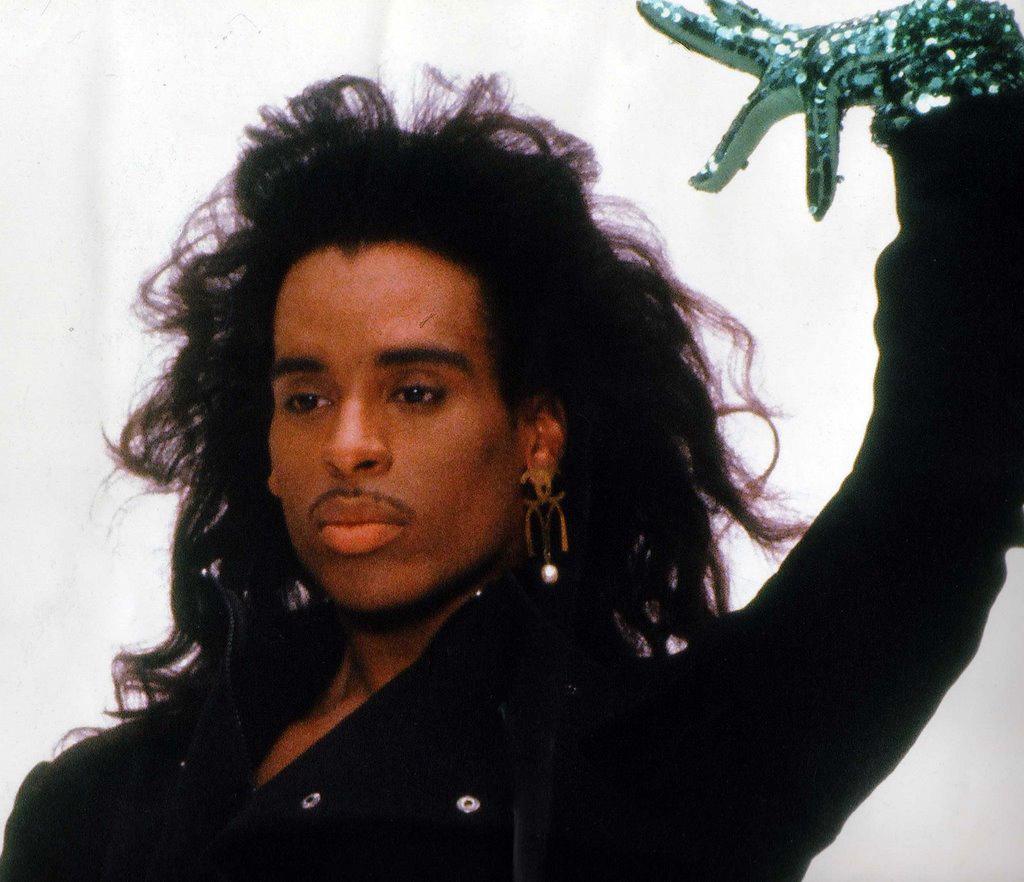 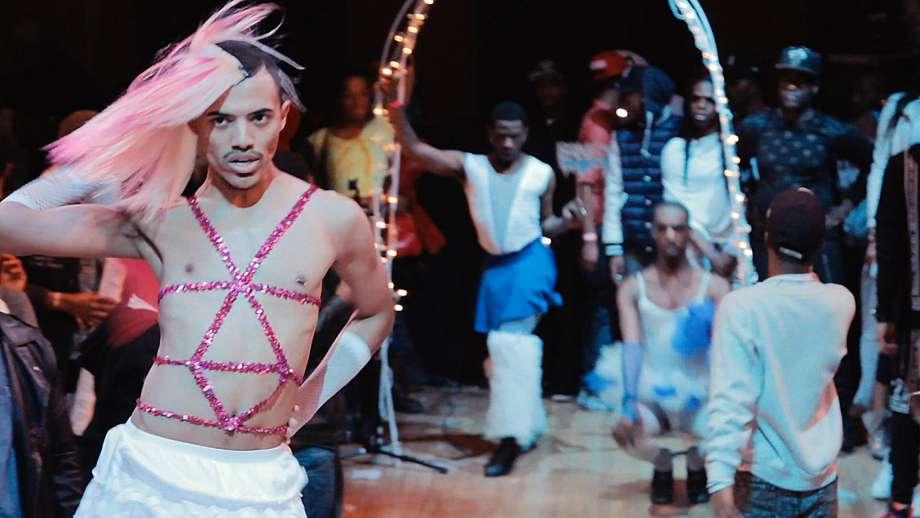 The dancer ARCHIE BURNETT is the first Father of the New York-based House of Ninja. He knows all about Vogue and Waacking – two forms of dance that emerged in the US queer underground. Earlier this summer, he held workshops at the ImPulsTanz festival in Vienna. As he sang: “One-two-one-two-ou—one-two”, dancers tried to get their more or less clunky feet to do fast fancy inward twists, holding their upper bodies like 400-year-old German oak trees before swinging them like a palm tree at wind force 9. Burnett spoke to ASTRID KAMINSKI about queer culture, dancing, and the future of Vogue.

Astrid Kaminski: You have 126 children all over the world. How did you "make" them?

Archie Burnett: Do you really want to know? In the Vogue scene, you see kids and you either want to help them or you see they have potential in dance. But before you make a kid you spend time with them. You hear their story, their struggles. You see the talent, you see what they do for themselves, the love they have for themselves and how deep they’ll be interested in what they’re doing when they will spend time with you. If you then feel you could really help this kid you say, “You know, I want to go for you”.

Does a parent always make a child, and never the other way around?

This is just the nature of things. Building up a real family structure. In a family you agree to disagree. There are times where you have to take the hurt for your kid.

Like when they fight against each other in social media, as the family of the House of Ninja did?

Oh yes. With social media everybody sees when there is something wrong in your home. You can’t control somebody. But you can control what you say in social media. What I teach the kids is: It is important how you act but it’s more important how you react. Avoid these www-e-fights. I know this is difficult. We still need a lot of education on the use and the abuse of social media. There we go.

What comes first: dance or family?

I got to the scene through my dance. I first saw Vogue in 1981 when I walked through Washington Square Park after I came out of one of the underground clubs. At the time they were still doing pictures, every move a picture (snaps, snaps, snaps) but I wasn’t able to figure it out. So two-dimensional! I was absolutely intrigued. When I then get to know the people I thought: Wow, they are people like me. But! The struggle was a little bit different. Being black is one thing. Being black and gay is another thing.

I’m a straight guy raised in a queer environment. The New York City underground scene was very integrated. It was inclusive. Gay people and straight people partied in the same place. When I then walked down the street with my gay friends, I got involved in their struggle – you know, guilty by association – and this was really eye-opening for me. I could have said to them: This is your struggle, I’m on another journey, but I didn’t. Family first. On the other hand: Of course we are dancers, we meet each other through dance circles. We are a dance species.

Was it also in Washington Square Park that you met Willi Ninja, with whom you went on to found the legendary House of Ninja?

Yes. All the gay kids would vogue in the park after the club and that is where I met Willi. He had a habit of putting his finger in your face and I said to him, I don’t know what it is about you that I like but if you keep doing it I will break your finger. Ever since then we have been friends.

You have been on the Vogue wave for 45 years now and there is has been a lot of grief passing by. All of the founding fathers of Vogue have died. And even quite a few of your kids. What keeps you floating?

In Check Your Body at the Door, a 2012 film about the underground House scene you made with dance critic and historian Sally Sommer, you say: “When I can’t dance anymore then …

… I’ll just have to remember.” Putting on the music. That’s it. And if I’ll get Alzheimer’s I won’t remember anything so I won’t miss anything. I live my life as a win-win. Keep it simple keeps you away from a lot of obstacles. Things you want to achieve but can’t. When I was growing up we lived our lives in “Why this” and “Why that?” – so many obstacles in our ways. Today the kids are living in “Why not?” They get up and go. I agree. Why not? The world is much more educated today as far as being aware of one another.

When I watched Kiki, a film about the young New York City transgender Vogue scene that premiered at the Berlinale in January this year, I felt like not a lot has changed. Rihanna is voguing in place of Madonna, but the dancers are still struggling with the same things. H.I.V., even AIDS, people dying from shootings, families that kick their kids out, sex work in order to survive…

It is definitely different from when I met Willi in the 80s. Back in those times a lot of kids didn’t have jobs and were walking the streets, selling drugs or their bodies. Nowadays people are a little more tolerant and quite some of the kids can find jobs legally. Even though it is still difficult for transsexuals because most of them can’t find jobs as women. Unless they have a special talent or a sugar daddy their only chance is sex work. If you ever get the chance to speak to Leiomy Maldonado, she will tell you. “As a transwoman”, she says, “no matter how much I am feminine I am always considered as a man.” This won’t change. The major part of society is not ready for this. The Bible Belt will never be ready for this. Forget it. But again: in this world you have to make whatever little happiness you can. If this means creating your little safety zone, go ahead. Eventually this little zone will get bigger and bigger and bigger.

Society is a sculpture. You chip away a little part. You don’t take out the whole thing at once.

“Voguing is an art, as well as a political statement” is a quotation from Paris Is Burning, the iconic film portrait of the 80s scene.

Yes, but be aware of how you use it. See, I also have some Ninjas in Brazil, but they have a big problem over there. When I was invited to create a Vogue scene – only last year they had their first Vogue Ball – it was so wonderfully embraced. But it was very battleish. So a lot of the gay kids wanted to use the Ball as activism and they wanted to be militant with it. I was teaching them: Look, problems in Brazil are very real. But if you want to use the ball as a vehicle to bring people together, you do not use it militantly, you do not! If people are watching a performance and this opens up their minds, that’s where the change comes from.

I was there in 2012 when the first Vogue Ball happened in Berlin. It was more fun than politics. But I was amazed that a video of your first, very basic teaching in the city in 2013 was watched on YouTube more than eighty thousand times. Is this the LGBTI community clicking?

Clicking a YouTube video is a quite safe thing to do. But I think also the hip-hop scene plays a part in it. In 2008 a lot of kids around the world met me through [the urban dance battle event] Funkin’ Stylez in Düsseldorf. That was the catalyst for Europeans, and that’s when I began mentoring them.

Meaning that Vogue came to Europe through hip-hop.

What about the style – how do you define it with all the influences from other dances? Like hip-hop, of course, but also contemporary, FemFunk…

There is a style for everybody in Vogue and everything is defined: Old Way  Vogue, which includes Martial Arts, Hieroglyphics (which is Egyptian poses), and Military. Vogue Fem is a gay man’s idealized style of feminine moving. New Way Vogue arrived into the scene when the kids coming out of the ballet schools competed in the Old Way category but had all of this stretch and technique from the ballet discipline.
It is always like this: Where there is a ying there comes a yang. There is another Vogue performance category popularized by the transsexuals called Vogue Dramatics. They are spinning and than they drop on the floor, BANG! Spinning Bang Spinning Bang! Then for those who are more interested in fashion there is Runway. And because of Fashion there is an idea of stylized beauty and a Face as well as a Body category. I won this category in 1985 at Paris Dupree’s Paris is Burning Ball 5. Today there is also a Bizarre category. Sex Siren is another category operating on the borderline between sex and sensuality. All these categories are flections of real life.

In Vienna, at ImPulsTanz, where you have been teaching for eight years now, your classes seem to be less queer than full of girls just wanting to become more fashionable.

Everybody has the right to be beautiful.

ASTRID KAMINSKI is a critic and writer based in Berlin.

Subscribe
Newsletter
© 2021 Spike Art Quarterly
11. 8. 2016
In this world you have to make whatever little happiness you can
by Astrid Kaminski